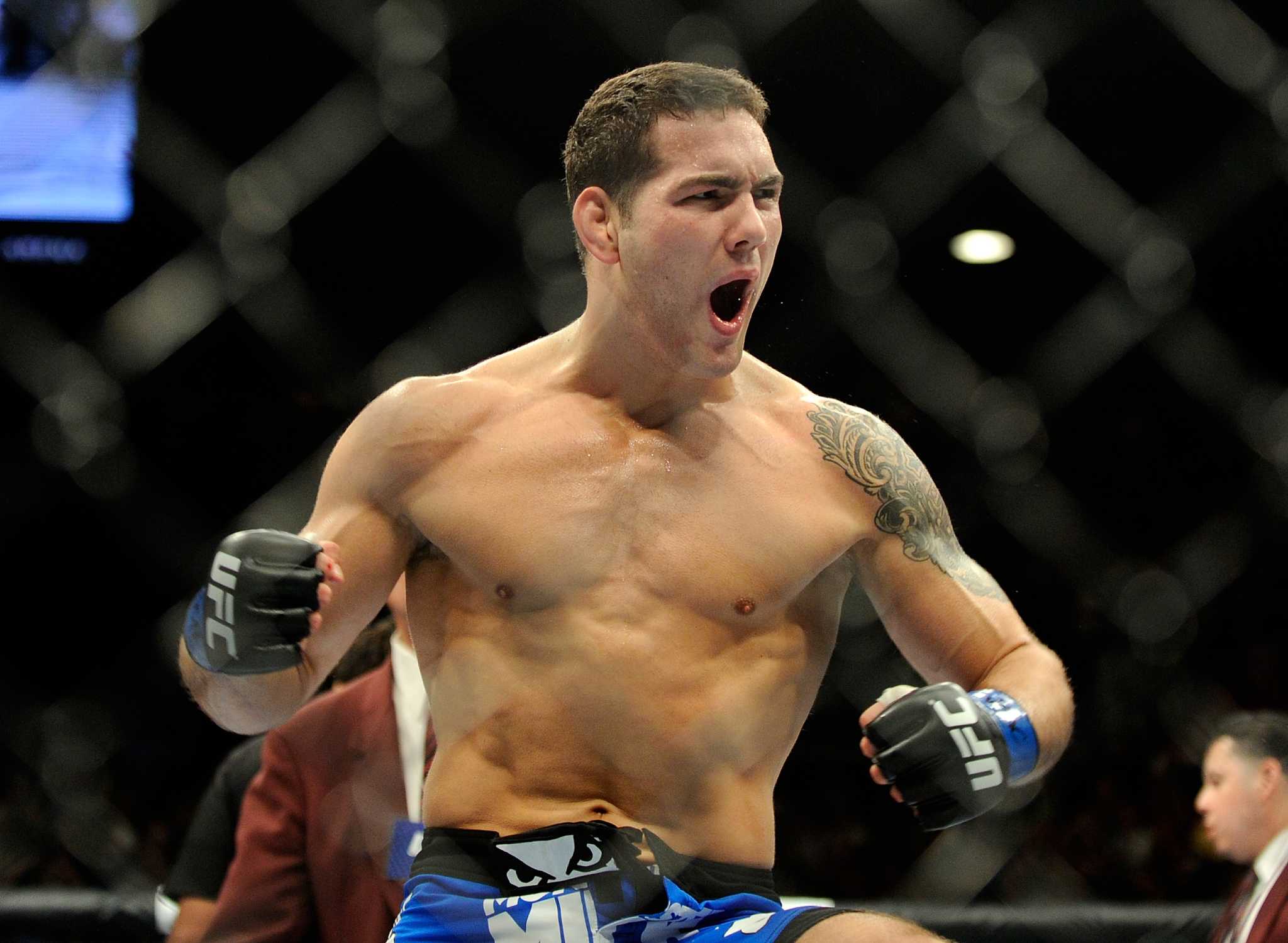 For some time, it seemed that Chris Weidman’s career was one loss away from being over. The highly touted All-American broke into the MMA scene with back to back wins over Anderson Silva in 2013. But after three successful title defenses, it seemed his career was on a freefall with three consecutive losses.

He lost the UFC middleweight title. He had never lost before, now he had three consecutive knockout losses. His last two losses came while fighting in his hometown state of New York. And coming to his third appearance in the Big Apple, he was the betting underdog against an undersized middleweight who had never fought for a world title. What else could go wrong?

At the main event of UFC on Fox 25, Chris Weidman sprung back to life. The All-American notched his first win in over two years with a 3rd round submission victory over Kelvin Gastelum.

Chris Weidman IS BACK! A big submission victory over a game Kelvin Gastelum in round three! #UFCLongIsland https://t.co/5jelU8uvVZ

Chris Weidman is back! And he did it in the most impressive way possible and in front of his hometown crowd in New York. After the victory, the All-American had a message for all his detractors:

This win gives Weidman the much needed confidence moving forward. In fact, after the fight, Weidman immediately called out current champ Michael Bisping. And that’s proof that the All-American’s swagger is back. Weidman may not be correct that he is still the best middleweight in the business but he proved at UFC on Fox 25 that he still belongs to that level.

The question with Chris Weidman wasn’t really about his abilities or being past his prime. Despite the obvious flaws in his game, his impressive wrestling background has always made him one of the very best in his division. But after losing three fights in a row, all by knockout, many doubted his ability to recover from a mental standpoint. He overcame that obstacle against Gastelum. Now it’s time to fight the big boys again.

Weidman fought the fight of his life at UFC 162 when he faced the legendary Anderson Silva for the UFC middleweight title. Silva was virtually untouchable at that point. He had won 16 fights in a row including 10 title defenses. He was unbeaten for a record 2,457 days. Weidman shattered Silva’s invincibility by knocking out the Spider in the second round.

The two would fight again at UFC 168. This time around, there was no showboating from Silva. After a back and forth first round, Silva broke his left foot after Weidman checked one of his leg kicks. With the Brazilian unable to continue, Weidman became the first fighter to beat Silva twice and in back to back fights. Weidman would go on to defeat Lyoto Machida and Vitor Belfort in his next two fights.

Back to Back Losses

After three successful title defenses, Weidman faced Luke Rockhold at UFC 194. After two back and forth rounds, Weidman made a tactical mistake when he missed a wheel kick that led to a takedown. It was all Luke Rockhold from there. Weidman survived round three but was eventually knocked out in the next round. That was the first defeat of his career.

Weidman was given a chance to reclaim his belt. But his UFC 199 rematch with Rockhold was shelved after Weidman suffered a cervical disc herniation. Instead, Rockhold faced Michael Bisping on short notice and lost the belt. Weidman would go on to fight in the first UFC event in New York at UFC 205. However, Yoel Romero spoiled his homecoming party. The Cuban knocked out Weidman with a flying knee.

Then came Weidman’s controversial loss to Gegard Mousasi at UFC 210. Mousasi kneed Weidman twice in the head when the latter’s hands were near the ground. The referee stopped the bout because he thought the second knee was illegal but when he saw the replay, it wasn’t. Because of the damage to his face, Weidman wasn’t allowed to continue. It was another KO loss for Chris Weidman and his third defeat in as many fights.

The adversity didn’t end there. After Weidman started out strong, he got knocked down after Gastelum landed a clean left hand. Gastelum swarmed Weidman with hammerfists, looking for the finish. But luckily, time ran out as the horn sounded to end the first round. The crowd was stunned and quiet. It seemed like the last three fights all over again.

But Weidman got back to his basics and kept on taking Gastelum to the ground. The All-American scored a total of 7 takedowns against Gastelum, the most he’s ever landed in a single fight in his entire career. When he wasn’t working on the ground, Weidman used his reach advantage to land strikes on his shorter opponent. Weidman out struck Gastelum 74-28 in total strikes.

After Gastelum’s corner told him he lost the first two rounds, the former Ultimate Fighter winner pushed the pace and started out aggressive. But Weidman continually took the fight to the ground. After securing his last takedown, Weidman worked into position and went for a head-and-arm choke. Gastelum bravely fought the arm triangle but was eventually forced to tap out. The Nassau Veterans Memorial Coliseum erupted in celebration. Chris Weidman was a winner again. And finally, in New York.

The victory over Gastelum though proves little as far as rankings and contendership go. While Gastelum won three in a row ( before his last W was overturned after Gastelum tested positive for marijuana ) against impressive names, Vitor Belfort, Tim Kennedy and Johny Hendricks are well past their primes. Gastelum achieved his success as a welterweight and only moved up to middleweight after missing weight on several occasions. Despite being the #8 guy at 185, Gastelum had never faced a prime elite middleweight before. Weidman was his first true test. And he failed.

The size difference was obvious. Weidman was 5 inches taller and had a significant 7 inch reach advantage. Naturally, he was the bigger man and that was the difference in this fight. Still, beating Gastelum proves that Weidman has a lot left in his tank. More importantly, it shows that he has the mental toughness and determination needed to return to the top.