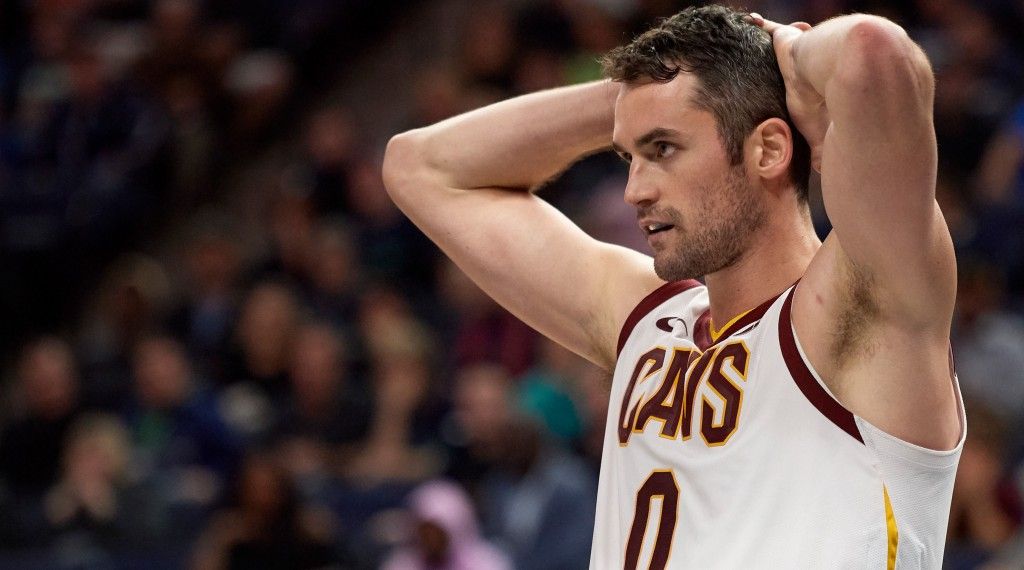 While it has been predicted at first that Cleveland Cavaliers’ Kevin Love is due for a return in the early part of 2019, it turns out that the All-Star big man is still unsure of his return from the left foot surgery he had early this season.
Joe Vardon of the Athletic reported on this recent development from the Cavaliers’ camp.

"Sounds like Kevin Love has moved (way) off his own goal of returning to the Cavs in mid-January. He even threw out "right before All-Star break, after All-Star break." Twice, he's told The Athletic he was targeting the middle of this month for a return following toe surgery in November."

"It's really tough for me to say because I don't know how my foot is going to respond," Love said. "I didn't know what the doctor was going to say in New York, but I think just if I'm feeling good and I progress well then hopefully it will be sooner rather than later."

On top of that, reports also have it that Love is yet to engage in any on-court activities. This just means that former UCLA Bruin could even miss the rest of the season if the Cavaliers take a more cautious approach to his recovery.

Love was signed by the Cavaliers to a four-year, $120M extension in the offseason in hopes of continuing the team’s successive postseason appearances in the last four years. But turmoil hit the 2016 NBA champions more times than one, leading to the firing of head coach Tyronn Lue, and ultimately, a change of course for the franchise.

With a lowly 8-32 record, the worst in the league, Cleveland has obviously set their sights on rebuilding and aiming for the top pick in this year’s draft. With Love’s career nearing the twilight zone, it would be no surprise if the team puts him on the trading block.

The emergence of prized rookie Luka Doncic has given the Mark Cuban and the Mavericks a franchise cornerstone, a player that could wield a lot of superstars to come play in Dallas. With Doncic playing way beyond his years and DeAndre Jordan already in his 30s, the Mavs could be looking at a ‘now’ approach, instead of waiting for the ping-pong balls to go their way.

With that said, they could gauge the Cavaliers’ interest in trading Love. A possible deal that would center around Love and Mavericks small forward Harrison Barnes could be an intriguing one. There’s no problem if Cleveland would want Dennis Smith Jr to be included, as the flashy point guard has been a bad fit next to Doncic.

At the start of the season, there were a lot of noise regarding a possible Denver Nuggets’ interest for a Love deal. But the Nuggets have climbed to the top of the Western Conference without making any roster moves, and it might be wise for them to stand pat this season.

However, one team who has been largely disappointing this year is the Boston Celtics. They started the season really flat, cramming for a team identity that seems elusive given their very good roster depth. Still, they have many players who are playing the same position and letting go of one of them for an All-Star caliber player like Love could be something that Danny Ainge might take.

If the Celtics pursue this, their most probable trade prospects would be guard/forward Jaylen Brown or combo guard Terry Rozier. They also have four first-round picks too, a definite deal sweetener for a Love swap.