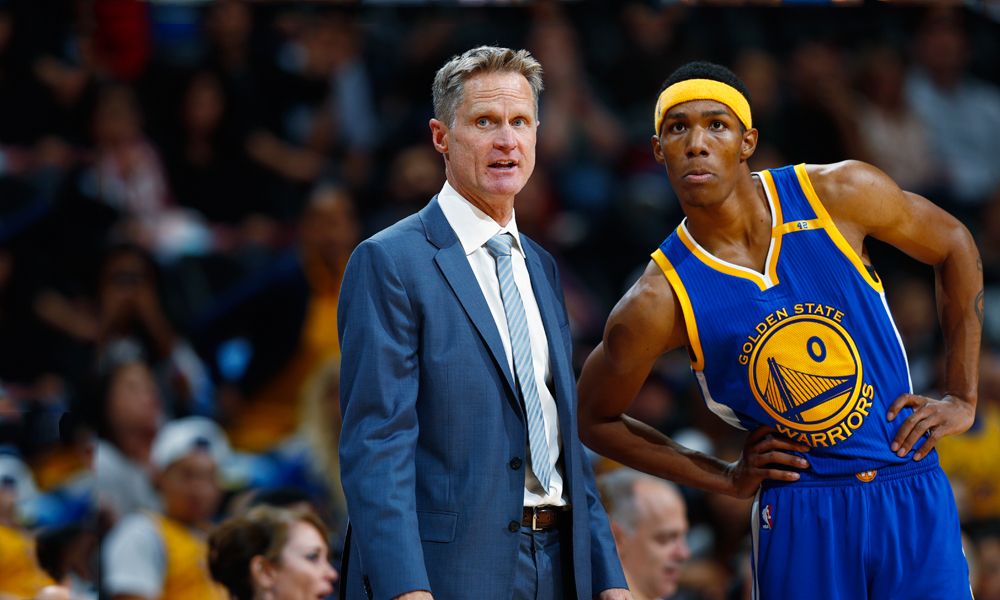 With the Golden State Warriors staying put and declining to match Cleveland’s offer sheet, guard/forward Patrick McCaw is set to take his talents to Ohio this season. It will be the culmination of a circus of a year for the third-year swingman as he joins the Cavaliers’ youth movement under head coach Larry Drew.

Joe Vardon of The Athletic wrote about McCaw’s signing with the Cavaliers, including his comments on leaving the stable of the defending champions.

“I loved playing in Golden State,” McCaw continued. “My teammates, the coaches, it was nothing really … nothing stands out to me to say I didn’t want to go back. Think it was just a personal thing where I was just like, I think it was time for me to move on for a new opportunity within myself. Nothing against Golden State, front office, coaches, players, the environment, it had nothing to do with any of that. It’s just a personal thing, and I wanted a new opportunity to move on. I can’t say anything other than it was all me. Nothing against Golden State. I just wanted to move on.”

McCaw’s contract conflict with the Warriors was a subplot of the team’s surprising offseason activity that saw superstar DeMarcus Cousins being acquired by the two-peat champions. Reports have it that McCaw’s camp was pressing the Warriors to offer more money on the table, considering that the young guard played a key part of the team’s second unit.

Indeed, McCaw had a consistent rotation spot in Steve Kerr’s lineup, even inserted to the starting unit when Klay Thompson or Kevin Durant are sidelined by injuries. But McCaw fell out of the rotation in the playoffs, playing just six games during the Warriors’ successful title run.

Still, NBA teams held back on negotiating an offer sheet for McCaw, who was then a restricted free agent. People around the league believed that the Warriors will eventually come to terms with the 23-year old swingman, but that never happened at all.

How will McCaw fit in with the Cavaliers’ plans?

After initially inclining towards being a playoff contender at the start of the season, the Cavaliers saw their season fall apart when Kevin Love sustained a major injury and head coach Tyronn Lue fired by the team after incurring internal issues with the front office. After just two months into the new season, Cleveland has changed course and is now playing mostly their young guys in hopes of quickening their progress as individual players.

The fact that McCaw plummeted himself to a rotation spot in the stacked Warriors’ lineup is already a testament to how skilled a player he is. He is already an excellent two-way player who has good length with his 6-foot-7 frame. More importantly, he already has two championship experiences and has learned a lot from playing with the likes of Thompson and Stephen Curry.

Another important factor of this acquisition is that McCaw’s contract isn’t guaranteed for next season. It means that the Cavaliers will have the chance to look into McCaw’s skills and determine if he fits in with the team before guaranteeing his contract. On top of that, this is a bargain of a deal for Cleveland, considering that they signed a good 3-and-D player for just $3M a year.