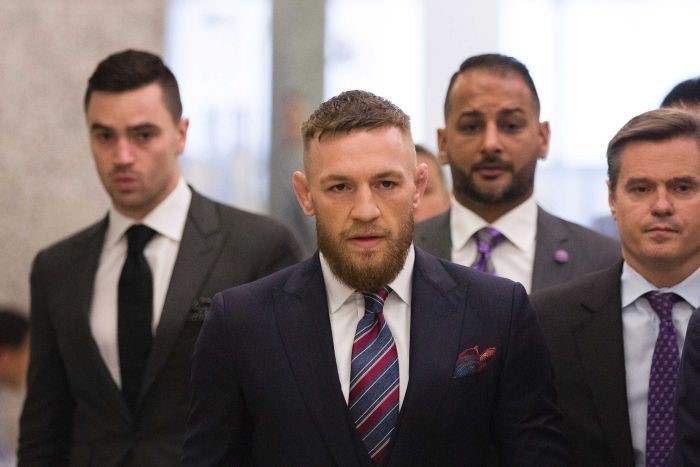 Ireland’s former two division UFC champion appeared in a Brooklyn court on Thursday and pled guilty to one count of disorderly conduct. The plea was part of a deal which his lawyers worked out with the Brooklyn District Attorney’s Office. Under the deal, all other felony charges against the Notorious One were dropped.

The agreement also provides no jail time for McGregor and he will likewise have no criminal record. His visa will not be affected and he is free to travel to the United States and compete in any combat sports event in the country. 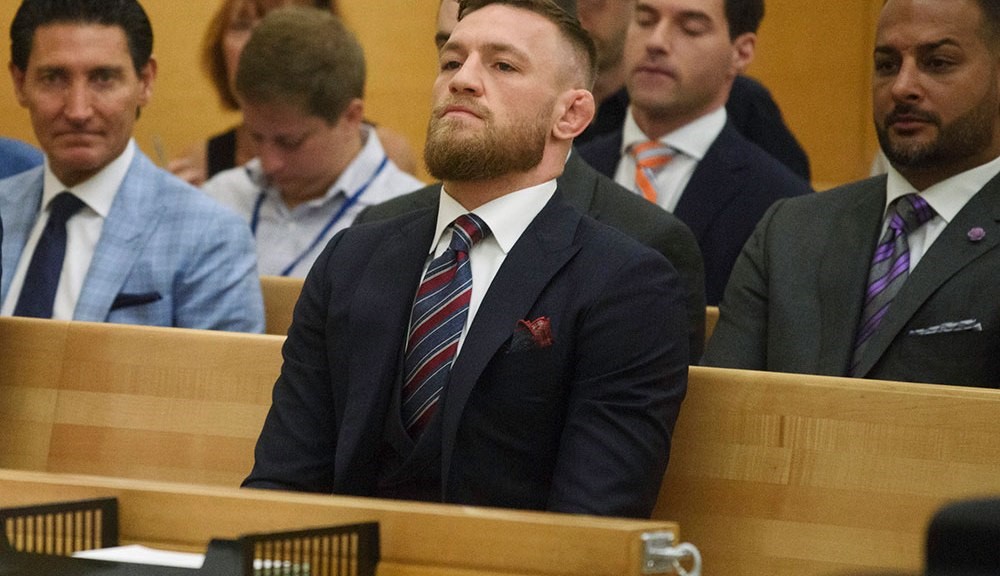 However, McGregor was instructed to pay restitution to the bus company for any damages suffered. He was also ordered to do five days of community service and enroll in an anger management program for one to three days. The court also served McGregor a protection order disallowing the Irishman to get near Ray Borg and Michael Chiesa until July 2020.

"I just want to say I'm thankful to the DA and the judge for allowing me to move forward," McGregor said in a brief statement outside the courthouse. "I want to say to my friends, my family, my fans -- thank you for your support."

Prior to the plea deal, McGregor was looking at a possible dozen criminal charges related to the bus attack. These included two felony criminal mischief charges that carried a maximum prison sentence. Instead, McGregor has gotten away with his barbaric act and is now ready to resume his MMA career. McGregor had not fought inside the UFC since UFC 206 in November 2016.

"This is a fair resolution that holds the defendant accountable, ensures restitution for the victims and requires the defendant to perform community service where he can reflect on his conduct and give back to society," the Brooklyn District Attorney's Office said in a statement. 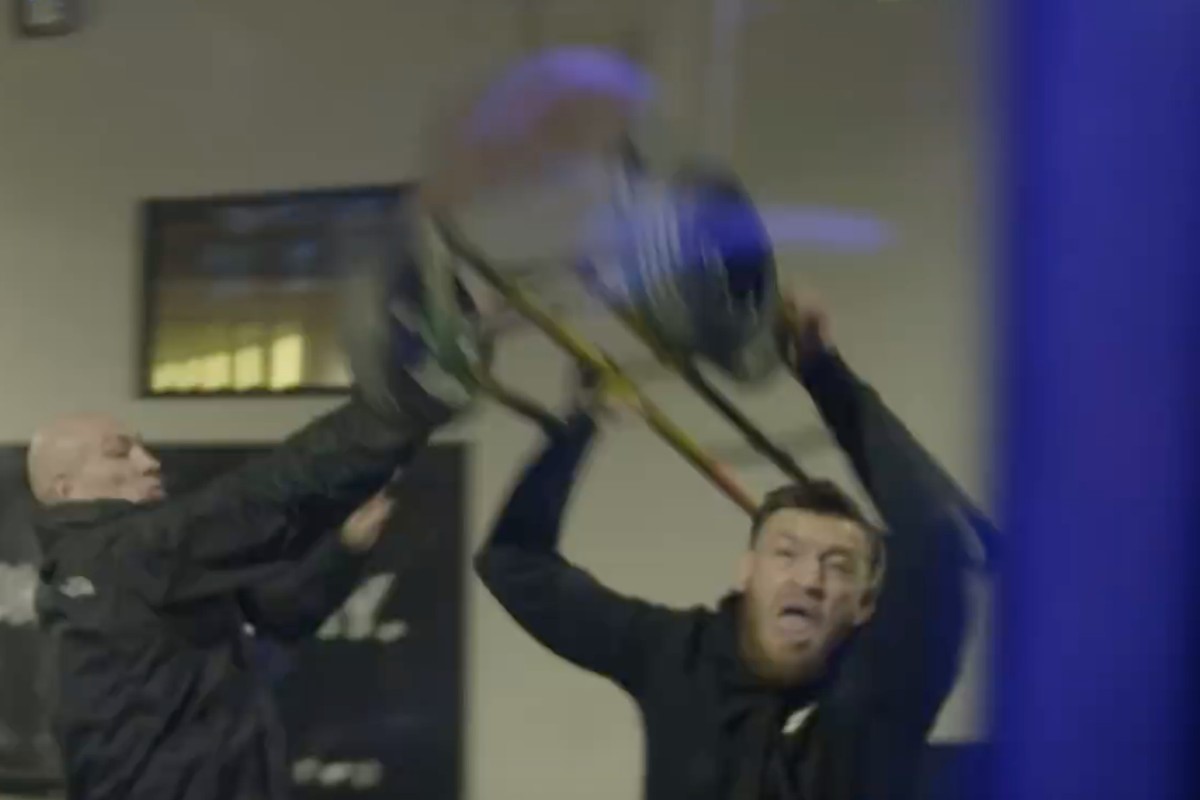 Last April 5, 2018, McGregor was caught on video throwing a dolly to the window of a bus carrying UFC fighters, managers and staff. The entourage was coming from a press event for UFC 223.

During the incident, fighters Michael Chiesa and Ray Borg suffered injuries and had to be removed from the UFC 223 event. Meanwhile, UFC women’s bantamweight champion Rose Namajunas was shaken by the incident.

It was later learned that McGregor was looking for Khabib Nurmagomedov, the fighter who headlined UFC 223. A couple of days earlier, Nurmagomedov had an altercation with McGregor’s SBG Ireland teammate Artem Lobov in a hotel. Supposedly, McGregor and his ‘goons’ flew from Ireland to New York to confront Khabib. Unfortunately, it was the bus and its passengers who suffered McGregor’s wrath.

McGregor was arrested and was handcuffed on his way to his arraignment. Court dates were set and at first, some quarters believed that jail time would be a real possibility for the Notorious One. But as it stands, McGregor gets away virtually unscathed from the incident and is now ready to resume his MMA career as he pleases. 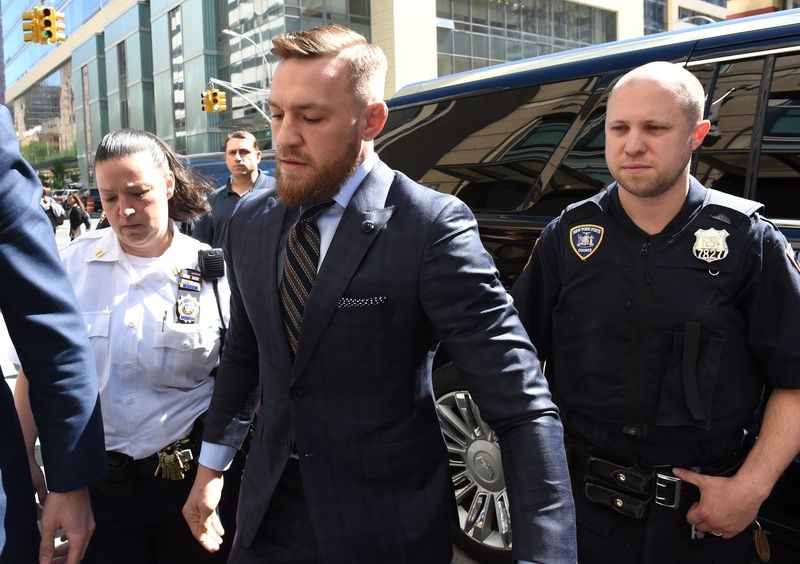 The settlement of McGregor’s legal woes paves the way for McGregor’s return to the UFC octagon this year. In four months time, it will be two years since McGregor last stepped inside the UFC octagon. And since then, a lot of things have changed in the UFC, including McGregor’s belts.

With the Ferguson and Nurmagomedov fight off, the stage is now set for the showdown between McGregor and Nurmagomedov. There has been plenty of animosity between the two and it was in fact Nurmagomedov who was the target of the ill-fated bus attack by McGregor.

Immediately after the resolution of his legal woes, McGregor’s coach Owed Reddy told reporters that his fighter is ready to “get back out there”:

“That’s what we all envisaged would happen, and it’s just great to be able to get back to doing what we love to do,” Roddy told MMA Fighting. “Conor has been eager to get back out there; he’s been eager to get something in front of him, to set a date and to push for fight. I think now that it’s out of the way, the potential for Conor to get back in there is very, very high.” 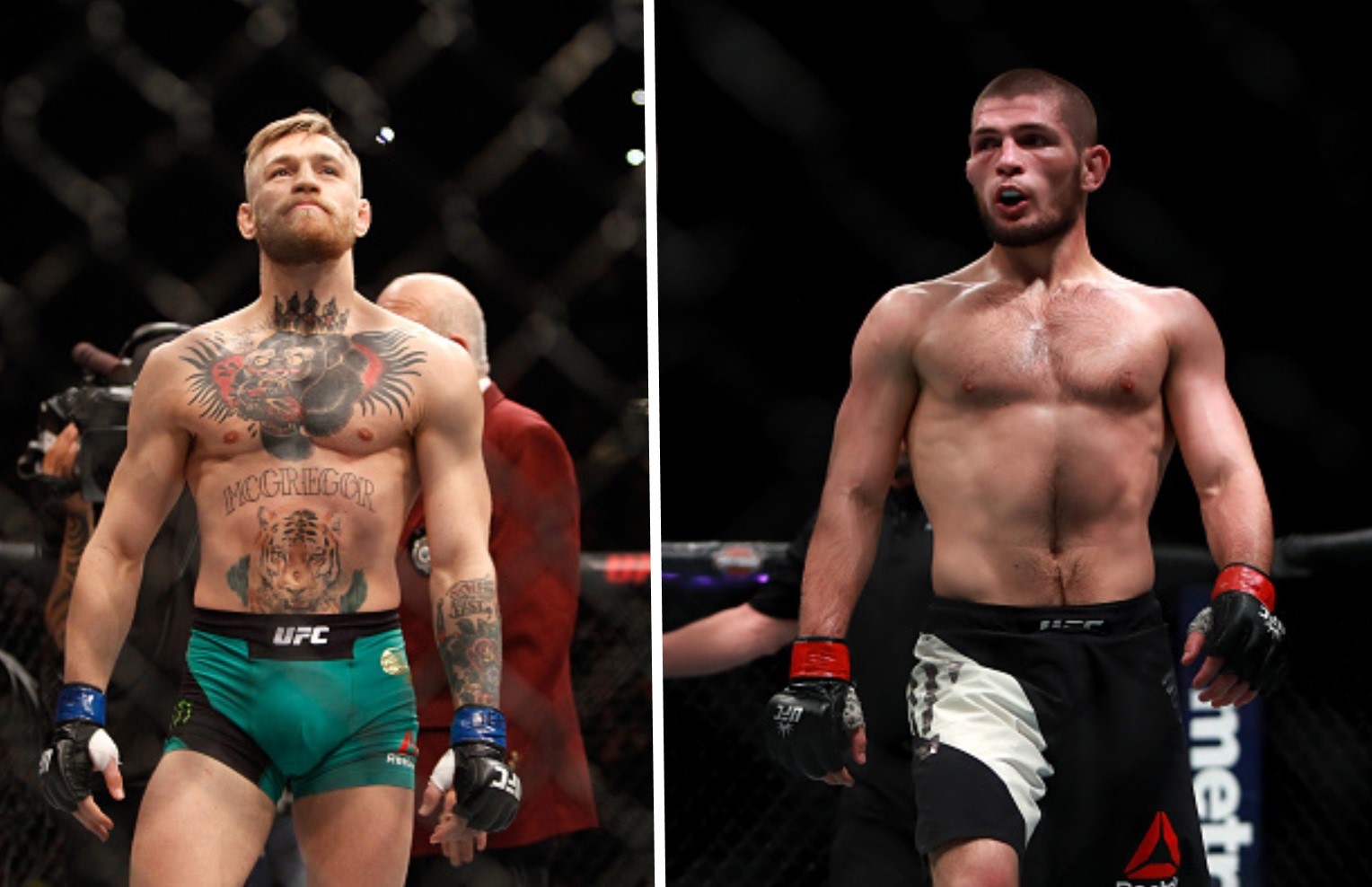 Whether he likes it or not, the Khabib Nurmagomedov fight is inevitable. And with the UFC desperately needing a big show to return to PPV prominence, they will most certainly book that fight which has the potential and all the ingredients to be the biggest fight in UFC history.

McGregor and Nurmagomedov have been going back and forth since McGregor became lightweight champion in 2016. And Nurmagomedov has been impressive in dismantling his opponents while McGregor was away. Khabib has earned a reputation as one of the most feared fighters in the UFC and may be the biggest threat to McGregor’s rule at lightweight.

Roddy also talked about the Nurmagomedov fight during his interview:

“I’m sure it’s all going to be negotiated now. I would like to see that fight this year and I think the frontrunner to be Conor’s opponent for his return is Khabib. As I said before, he’s eager to get something going, he’s been training hard. He’s been doing all sorts of wrestling and jiu-jitsu — he’s just been enjoying his training. I’m sure he’s going to strike a deal with the UFC, and whenever he’s in there, we’ll be prepared.”

McGregor can enjoy his training now. Enjoyment would be the last thing when he’s inside the octagon against Khabib Nurmagomedov who wrestled bears while training as kid in Dagestan.