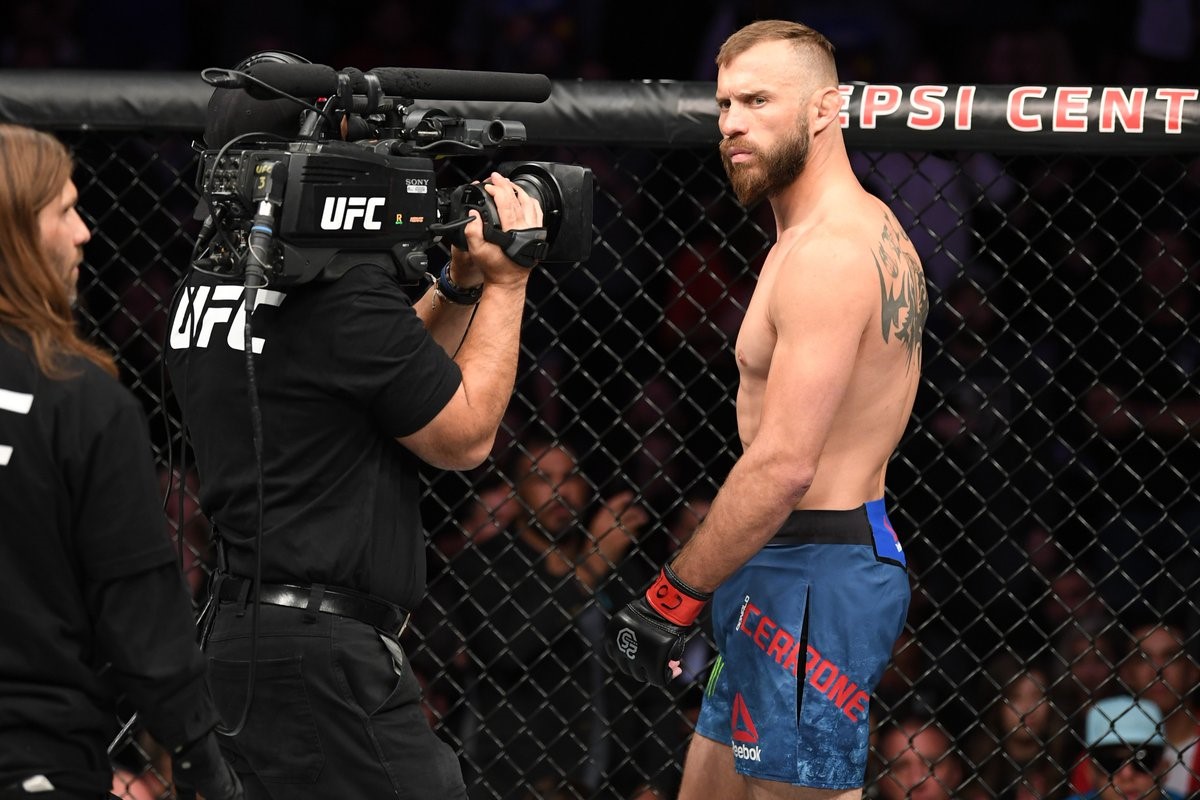 After losing four out of his last five bouts, the UFC’s ultimate company man and one of its most beloved fighters bounced back in the biggest manner possible.

Cerrone submitted Mike Perry in the first round of their five round welterweight main event bout at UFC Fight Night 139, the UFC’s 25th anniversary show in Denver, Colorado. Cowboy entered the bout having lost to Leon Edwards in his most recent octagon appearance. He was also coming off a 2017 which became the first year in his MMA career where he did not get a win. With his back against the proverbial wall, Cerrone turned in one of his greatest performances ever.

After Perry secured a takedown, Cerrone worked on his back and patiently waited for the clock. When he saw that time was winding down, he made his move and the rest as they say is history.

“Once I seen the clock, there was 30 seconds left — the monitor was right above me,” Cerrone said. “I was like, oh I better spin for this armbar. I did. He should have rolled the other way out of it, I don’t know why he didn’t. I was like, ‘Gotcha.’ So I went belly down on it. I was just gonna take it until the referee pulled me off.”

Cerrone said he felt something pop after he caught Perry’s arm and transitioned to an armbar but before he went belly down. Said Cowboy:

“I felt it pop before I went belly down,” Cerrone said in a post-fight media scrum at Pepsi Center. “So the rest was just tearing the chicken wing off, yeah. I was taking it home with me.”

It can be recalled that Perry used to be Cerrone’s sparring partner at Winkeljohn’s gym and Winkeljohn was Cowboy’s former longtime coach. But after Perry called out Cowboy and Winkeljohn said no to Cowboy’s request not to allow the newcomer Perry to train with them at the gym, the longtime partnership went sour.

Winkeljohn offered to train Cowboy separately in another venue and when Cerrone called his gym a “puppy mill”, they began a back and forth that led to Cerrone’ leaving the famed Albuquerque gym (Cerrone says he left, Winkeljohn says he was expelled), Winkeljohn decided to corner Perry for the Cowboy fight. Cerrone took everything personally and he got the last laugh on Saturday night.

Not only did Cowboy beat Winkeljohn’s new protege, Cerrone also put himself in the record books at his expense. With the win over Perry, Cerrone set the record for most wins in UFC history with 21. Prior to Saturday night, retired former UFC middleweight champion Michael Bisping and ( retired??) former two-division champion Georges St. Pierre shared the record with 20 wins each.

Likewise, Cerrone also set the UFC record for most finished at 15, breaking the former mark owned by a a couple of former Brazilian champions in Anderson Silva and Vitor Belfort who both retired having finished 14 opponents over the course of their legendary UFC careers. Now Cowboy has one more than both and for that alone, should be considered a legend already in his own right.

To top it all, Cerrone achieved his feats during the event which commemorated the first UFC bout ever and in the same city as the original UFC bout took place. And it also happened that the historic Denver, Colorado is Cerrone’s adoptive hometown as while Cowboy was born in Columbus, Ohio but he was raised in Denver which all the more made Cerrone’s win over Mike Perry sweeter.

“Most wins in UFC history, baby...What an honor. I’m so proud, I love you Denver.”

After the fight, Cerrone brought his family inside the octagon with him. His grandmother (as usual), wife and his newborn son joined him for the celebration. During the post fight octagon interview, Cowboy talked about fighting for the first time as a father:

“Having a baby changed me. Now I know what I’m fighting for. I never knew before but I felt it. It was like, you ain’t taking no food out of my kid’s family. No way. No how,”

Cerrone didn’t just fight like he needed to earn a living for his new family. He fought like his career depended on it. Cowboy never had a winless year before 2017. He never lost two fights in a row before. He lost three straight in 2017. And those losses came after he had moved up in weight after a failed title shot at 155 and after he had won four straight bouts at 170, all by finishes. But if you thought that Donald Cerrone would simply ride into the sunset, you were so damn wrong. On Saturday night, he proved that there is still plenty of fight left in Cowboy.

Back To His Old Ways 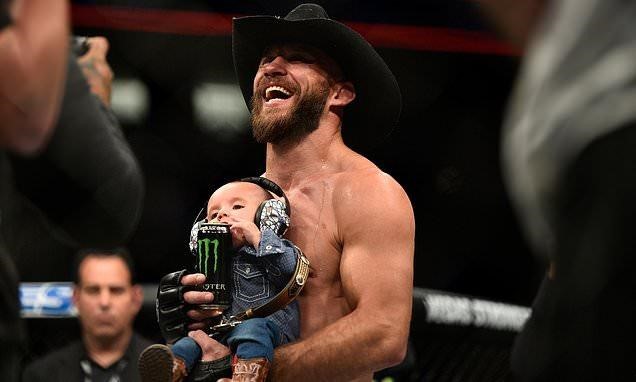 It wasn’t even a day yet before his fight and Cerrone claimed that the UFC has already approached him about his next fight. Cerrone has always been known to be one of the busiest fighters in the UFC. He takes fights on short notice and talks about his next fight immediately during post fight press conference. This time around, Cerrone talked about going back to 155, where he’s achieved most of his success and where he made a name for himself.

”There is someone, they already came up and told me,” he revealed with a grin. “There’s your clickbait. You son of a bitch, you ain’t gonna get me to say it. Not gonna happen. They told me the who for once in my life first. 155. It’s very exciting. Guy’s very exciting. You’ll like it. You’ll all like it.”

Although Cowboy called out 155 pound champ Khabib Nurmagomedov during the post fight octagon interviews, the Dagestani world champion may not be available soon because of the UFC 229 brawl. Nurmagomedov is expected to receive a hefty fine and a suspension for his role in the brawl.

We really have no idea who the next opponent is, if ever there is already one. But if Cowboy says we’ll like it then we definitely will. If there’s one thing that Cerrone isn’t known for, it’s bluffing. Cowboy is such a fan favorite not only because of his fighting style, nor his attitude of taking every available fight. It’s also because he doesn’t bluff. We can’t wait to see Cowboy saddle up again and get inside that octagon.