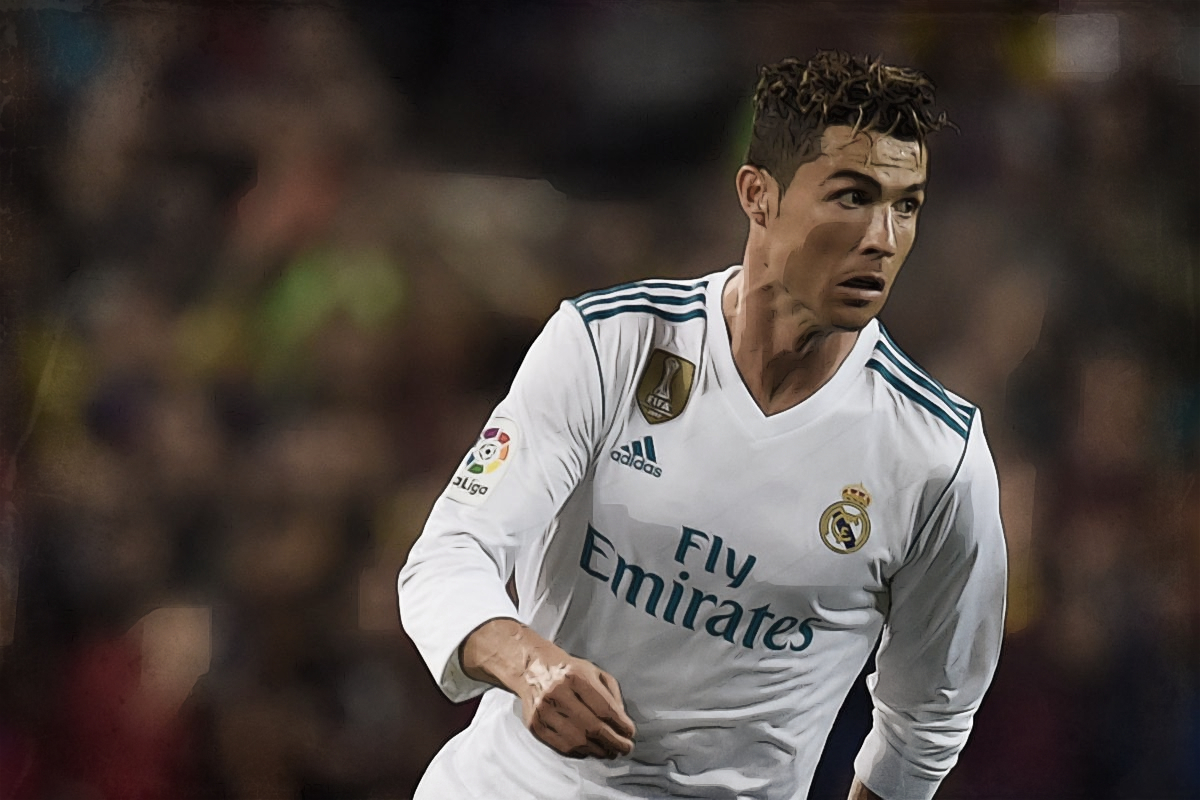 After more than a decade of playing top-flight football, the Portuguese sensation managed to inspire the millions and brought a fresh new face to the sport.

Unfortunately, even Rocket Ronaldo is prone to injuries.

The Real Madrid forward sustained an ankle injury during their game against La Liga rivals Barcelona last Sunday night. It was a surprising incident as Ronaldo had been in peak condition before the matchup.

The way the injury happened wasn’t a freak incident, though, as it was the result of Ronaldo’s own doing. The Portuguese dived right into the ball to tie the game 1-1. The game was still 15 minutes on, but it seemed like it was the second half. That was how heated the matchup between the bitter rivals was.

It was a slight knock, as what the observers said after the captain hit the ball and landed on the turf. The Los Blancos star then started limping after the heroic move, which resulted to him being put to the bench by the worried Zinedine Zidane.

The young Marco Asensio then replaced him on the forward position after the halftime break. Though Zedine did it for precautionary purposes, the substitution proved to be more than that. It also happened to be Asensio’s opportunity to prove his worth to the club as he went down scorching the field with his footballing prowess.

His ball handling was on full-blast, and his passing lines were on-point. These enabled Karim Benzema and Marco Vieira to smoothly go through the Barca’s frontline and cut straight into their core five minutes after the start of the second half.

Ronaldo being put to the bench wasn’t an ill-fated incident, after all; for the short-term, at least. Nonetheless, the game ended in neither of the two clubs’ favor. It was a 2-2 draw, with Gareth Bale scoring the other goal for Los Blancos, and the Suarez and Messi duo making the other two for Barca.

How Zidane reacted to the injury

After the feisty matchup, Zidane quickly talked about Ronaldo’s condition and said that it wasn’t as serious as initially thought. Despite that, it still left a question mark on the fans’ minds especially that their faceoff with Liverpool in the Champions League is only two weeks away.

Not having Ronaldo in the field would surely lower their winning chances.
When asked about the upcoming Champions League final, the Real Madrid boss said that they'd do whatever it takes to win the title — an unsurprising statement coming from a hopeful manager. However, his words mean a lot as it is highly needed to boost his team's morale if ever Ronaldo misses the finale, albeit unlikely.

Ronaldo’s heroic strike was proof of his fiery passion to win not only this year’s Ballon d'Or but also the Champions League trophy. He’s Zidane’s go-to guy and the hero of millions of football fans around the globe. Of course, he needs to man up and spearhead their attacks.

Unfortunately, his huge responsibilities cost him his health as he rolled his ankle after netting an equalizing goal in the 14th minute. It was an early accomplishment for them, but the payoff had been disastrous.

Ronaldo wasn’t even pulled to the bench right after the incident as he continued to play for the remaining minutes of the first half.

The people grew weary of Ronaldo’s health, especially when he didn’t emerge in the second half. Good thing Zidane cleared things up and said that it’s unlikely for their captain to miss the UEFA Champions League final against the Reds.

Ronaldo’s no stranger to injuries

This isn’t the first time that Ronaldo sustained an injury in a big game. One of those games was when Portugal faced off against France in the 2016 UEFA European Championship. It was a horrific sight to see as he rolled in agony after French midfielder Dimitri Payet floored him on the first eight minutes of the game.

The field hasn’t yet heated up, but Madrid’s star screeched in agony on the floor after Payet heavily collided with the Portuguese’s left knee.

But this time around, the injury is not that grave as it was diagnosed to only be an ankle strain. Nonetheless, Ronaldo proved that he’s a man for the big games and that’s enough to motivate his fellow Los Blancos mates, especially Gareth Bale and Sergio Ramos to lead their offensive and defensive games respectively.

Based on the 33-year-old’s performance in Camp Nou, it can easily be said that he could have led Real Madrid to victory if it wasn't for his injury. His movement and pace were excellent throughout the entire first half of play.

Even Messi struggled to catch up to his extraordinary wit on close encounters. It can then be drawn from this that Real Madrid has a very high chance of thrashing Liverpool when they meet at Kiev this May 26.

Even renowned sports pundit Mister Chip said that Real Madrid’s recent Barcelona matchup brought the best out of Cristiano Ronaldo. The 44-year-old football critic said that Ronaldo had matched former Los Blancos player Alfredo di Stefano in the number of goals made after making 18 this season.

That is a big feat that even the best footballers of the next generation will surely have a hard time catching up. However, the three-time Ballon d’Or awardee is still seven goals shy from Messi’s spectacular 25 goal season.

Ronaldo’s season didn’t start on a blast as he was still finding his tempo during Real’s first five matches. However, things changed suddenly this year as he’s been consistent all-season long, thereby boosting Los Blanco’s rank in the La Liga.

They might have fallen short, but their final third spot finish is a long way from their bottom ten season start. Also, Ronaldo’s prowess in finishing and making through balls ushered their way to their fourth Champions League final.

They’ve been in the finals in the last five years, making them a veteran in this stage of the competition. They’re now on a race to win their third Champions League victory in a row. Ronaldo had been raising his bars year after year with his transition into becoming more of an all-rounder.

He started his career as a starting midfielder but based on the current looks of his previous games; it's pretty clear that he's now becoming a forward hybrid, a mix between midfield and forward role, so to speak.

And he’s not only a prolific scorer but a great passer as well.

Glimpse on the numbers

He's got an 81% passing success percentage and has made a total of 44 goals throughout his career — proof of his excellent work ethic. Real Madrid still has three remaining games in the La Liga, which includes a faceoff against Sevilla in the Ramon Sanchez Pizjuan.

There’s little to play in Spain’s top-flight competition, so it’s safe to expect Ronaldo will be out of those games. Letting him play and risking his health on not-so-important games is not an option for Zedine.

Despite this, there’s still no confirmation if Ronaldo will indeed be out of the remaining La Liga games.

Ronaldo’s recovery has been reported to be speeding up — a great sign for his comeback at the turf on their upcoming Liverpool faceoff. In fact, the Los Blancos captain spent his Monday morning training at the club’s practice facility to further speed up his recovery.

Despite all these hopeful news, his injury still dealt a negative blow to his legacy as his hopes of getting this year’s Pichichi trophy had been crushed as it’s going straight for Messi’s hands. This also isn’t just a case of health issue because Ronaldo also needs to work on his offside awareness and defensive contribution.
Of course, there’s no questioning that his leadership, attacking, and ball IQ skills are full-on. He’s jam-packed with those.

What he just needs to take care of is the other side of his gameplay — defense. Perhaps, it’s going to be his next focus knowing that he’s got a very serious skill progress campaign.

If he fails to work on these next season, then it’d be safe to expect that the Argentinian will overtake him not only in popularity but in legacy and achievements as well.

For sure, the great Cristiano Ronaldo won’t let that happen.