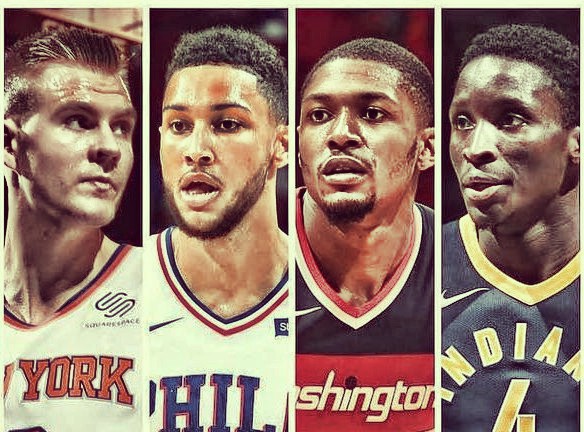 This year’s annual NBA All-Star game will have a different format as the team captains will have the free hand in choosing their team members. But before the captains pick their teams, the usual process will be followed in selecting the 24 player all-star pool.

The Top 5 ( two guards and three forwards ) vote getters from each conference will become the 10 starters with the top vote getter from each conference being designated as team captains. The total of 14 reserves from both squads will be voted upon by the league’s head coaches, with each coach choosing two alternate guards, three alternate forwards and two wildcard names regardless of position.

While we already know who are the current leaders in the fan votes, we still don’t know who the coaches will pick. If I was one of the coaches though, these players would be my choice for All-Star alternates in the Eastern Conference: 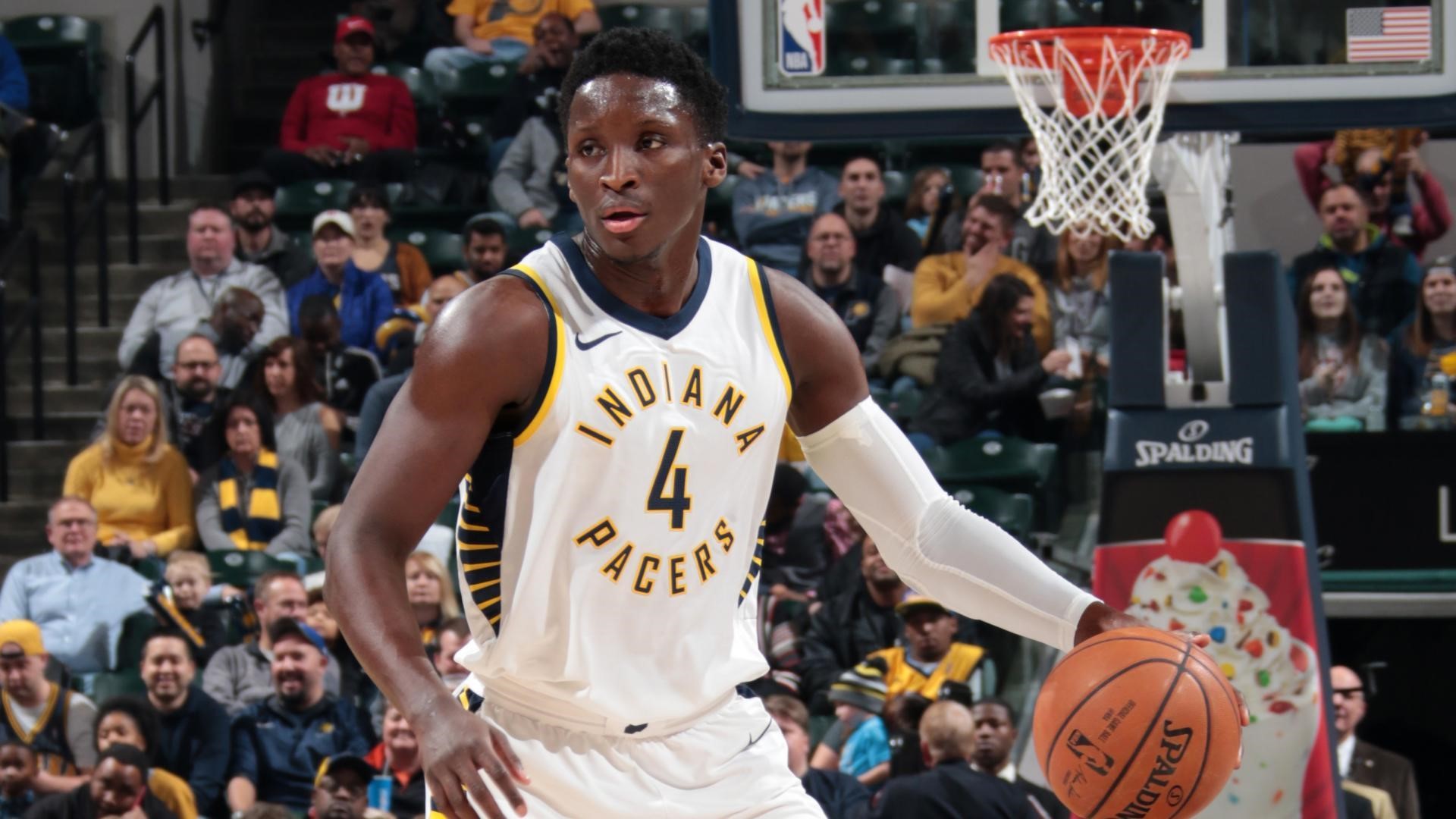 If there’s someone out there who deserves to be among the Eastern Conference’s representatives in the All-Star starting unit but won’t get the nod because he isn’t too popular to get the needed votes, it’s Victor Oladipo.

Oladipo is making Indiana look like a genius in the Paul George trade. Not only has Oladipo been contributing, he is having a breakout season. The former 2nd overall pick of the 2013 NBA Draft is averaging 24.3 points, 5.2 rebounds, 4.0 assists, 2.0 steals and 0.9 blocks per game. He is shooting the ball at .489 from the field, .416 from beyond the three point line and .789 from the free throw line. The reason we listed down those numbers is because they are all career highs for ‘Dipo.

But not only is Oladipo putting up personal best stats this season, the Pacers are also rolling with him. Most expected Indiana to be a sure lottery team without Paul George but currently, they sit at 6th place in the East with their 24-20 record. The Pacers are a net +14.3 when Oladipo is on the floor so that’s a proof of how valuable he is to his new team. 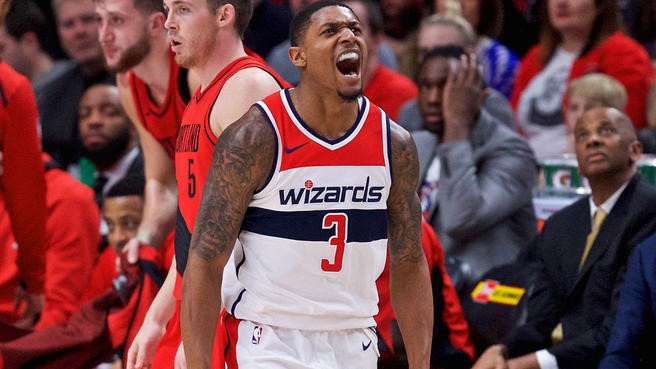 Bradley Beal is without doubt one of the best shooters the Eastern conference has to offer and along with backcourt mate John Wall, they are still one of the best backcourt combos in the league and most likely the best guard duo in the East. Washington continues to be among the East’s elites and are currently 5th in the Eastern Conference with a record of 25-19. And Bradley Beal? His shooting percentages are down from last season ( but still very good on the average ) but he’s having career high averages in scoring, rebounding, assists and blocks.

Beal is one of five players to score at least 50 points in a single game this season. The others are LeBron James, James Harden, DeMar DeRozan and Lou Williams. With the exception of Lou Williams ( who also has a right to be included in any All-Star conversation ), the other players in the list are sure All-Star starters this year. So why shouldn’t Beal be at least a reserve? 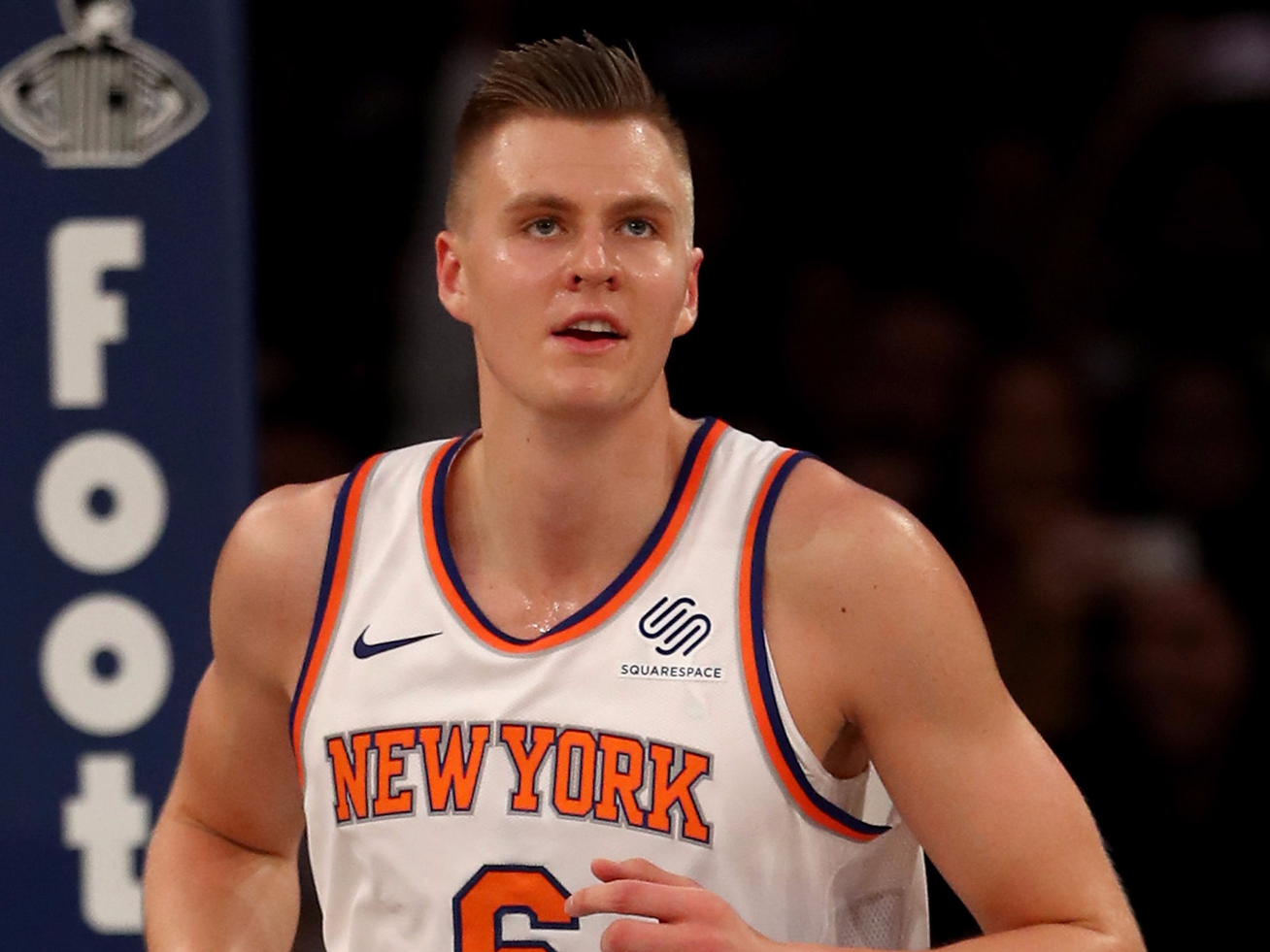 Who could leave out the Latvian Unicorn from this list?

Sure, we’ve seen him struggle in games, go through shooting slumps and stuff and then we’ve heard him complain about being ‘tired’. But through these inconsistencies, you’ve got to remember that Porzingis was just handed over the keys to the Knicks this summer after Carmelo Anthony was traded. And given that this is only his third season in the league and that he is only 22 years old, what he is currently doing is still very impressive.

The Knicks may have fallen off the playoff list but their season still looks like a very big upgrade from the one they had last year, when Melo was still in town. At 20-24, they are still within striking distance of at least the final three playoff tickets. And Porzingis? He’s been the catalyst of this with his standout season.

Forget the 6.9 rebounds and 1.3 assists per game, his main contribution to offense is his 23.7 points per game scoring and 1.8 three point makes per outing. On defense, his rebounds may not be proportionate for a 7-3 guy but he is currently the NBA leader in blocked shots. Porzingis’ 86 total blocks this season is the most by any player in the league and is proof that he is a stifling presence around the basket. Given all these, Porzingis should be among the East’s representatives in the 2018 NBA All-Star game. 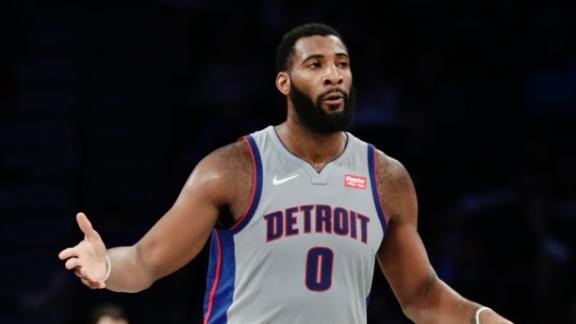 But free throw shooting isn’t why we added Drummond in this list. The reason why we put Drummond here is because he is the most defensively dominant center in the Eastern Conference right now. For starters, he leads the league in total rebounds per game and offensive rebounds per game. Then he is also the NBA leader in Defensive Rating, Defensive Win Shares and Defensive Box Plus/Minus. Those are virtually all the advanced defensive metrics you can find out there.

The Pistons are slowly falling off the leaderboard after a great start to the season. But even then, you can’t take away Drummond’s dominance on the defensive end of the floor. So if there’s a big man out there who deserves an All-Star nod for his work on defense, it’s Drummond. Dominance in a game isn’t only from scoring but from excellent defense as well. 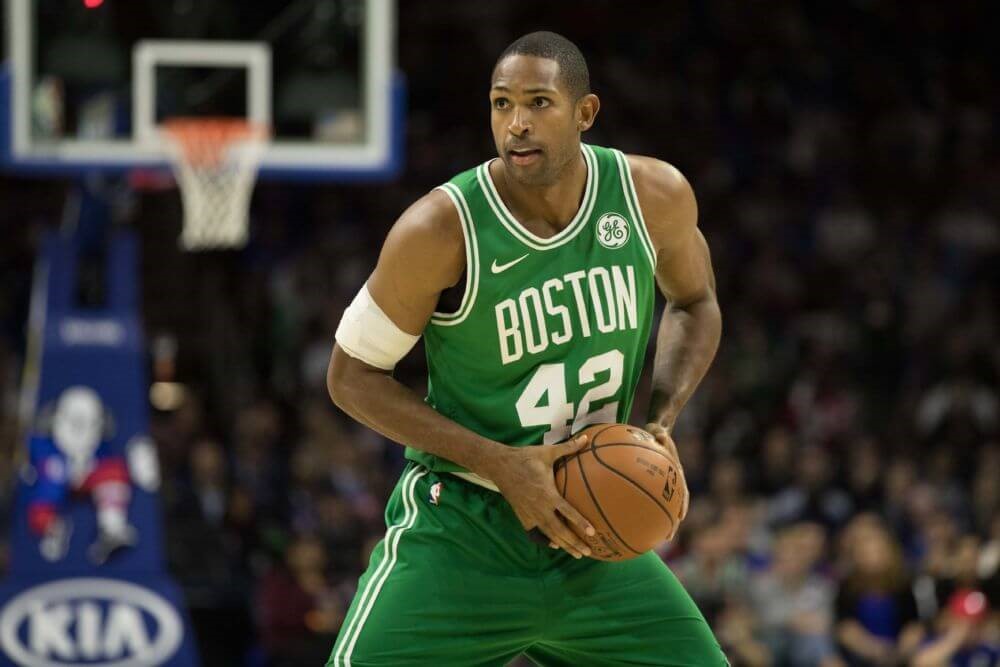 Like Andre Drummond, Al Horford doesn’t have sexy statistics. But if you look at his statline, it’s an impressive one that only a couple of other players in the league have equaled. Here’s what we mean: Who in the NBA is currently averaging at least 13 points, 7 rebounds, 5 assists and 1 block per game? LeBron James, DeMarcus Cousins and Al Horford.

Horford isn’t spectacular in one department but he’s very solid in practically all of them. That’s what makes him special. Given plenty of shot opportunities, he can score. Check his averages from the 2013 and 2014 seasons. Horford is 4th in the league in defensive win shares and 6th in both defensive rating and defensive box plus/minus. He is the anchor of the Boston Celtics’ defense which is number one in the league right now. No question, Horford has earned a spot on this team. 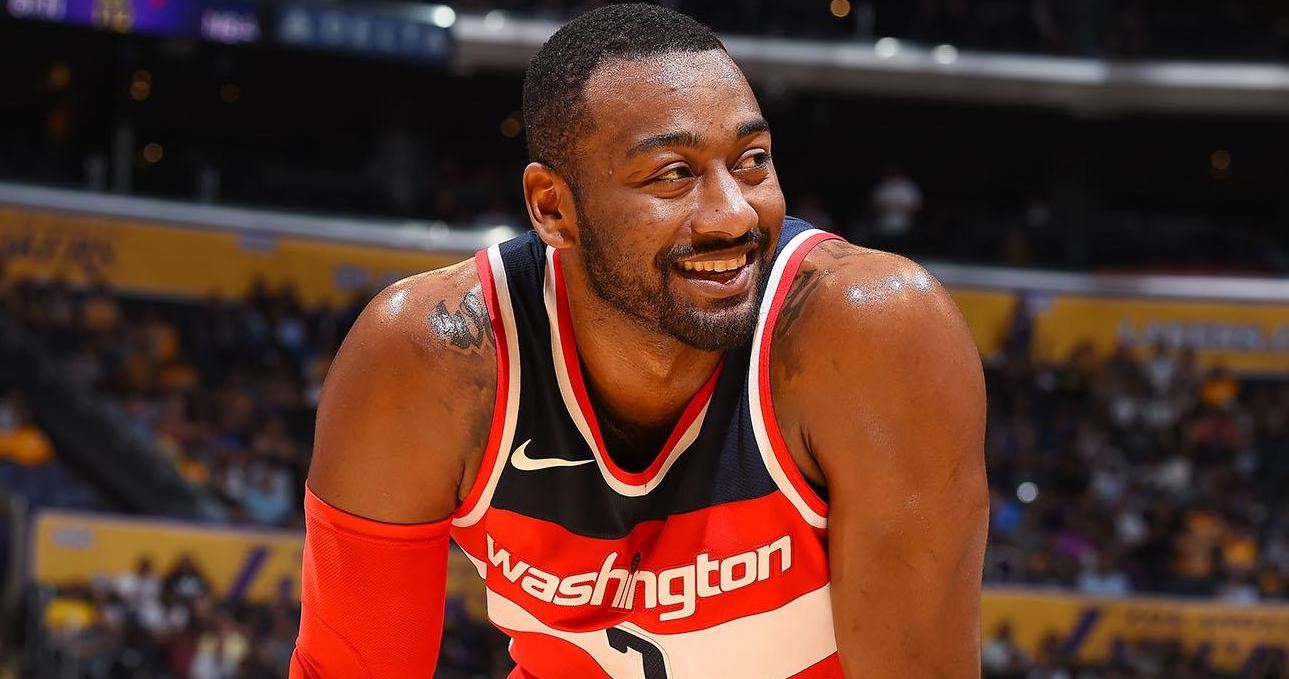 John Wall didn’t have the ‘John Wall’ type of start to the 2017-18 season. In fact, Wall only averaged 15.0 points and 8.0 assists in the month of December. But the new year certainly has brought out the old John Wall. In 7 January games so far, Wall has averaged 25.9 points, 11.3 assists and 2.1 steals per game.

If you take a look at the East, Wall is at the very least the 2nd best point guard in the conference. That is if you consider Kyrie Irving as your number one PG. Still, Wall has the better overall stats than Irving except in scoring but that’s due to Wall’s slow start this season. In terms of importance, Wall is a +7.9 overall to the Wizards when he is on the court. That’s second to Beal right now but you know that as this season progresses, Wall is just going to get better and better. 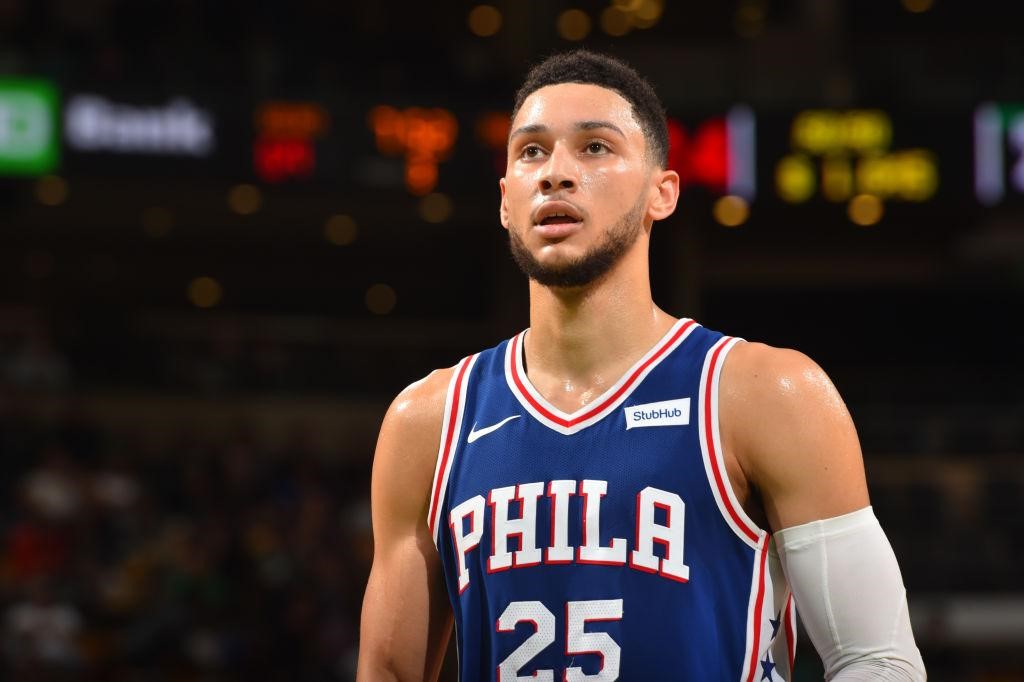 Before the season began, Joel Embiid warned the world about the ‘FEDS’. Halfway into the 2017-18 season though, it’s more of a dynamic duo that’s giving the Sixers their best season in recent memory. Joel Embiid and Ben Simmons have emerged as the one-two punch in Philadelphia and they’re putting up ridiculous numbers.

Simmons for his part, is this year’s best rookie, no doubt. After missing a full season last year due to injury, he has put up remarkable numbers. Not only that, he has shown impressive skills running the point guard position, even if he’s 6-10. Simmons’ all around brilliance has already notched four triple doubles this season. That’s third most in the entire NBA, behind Russell Westbrook and LeBron James. That’s more than what James Harden, Draymond Green and Kyle Lowry have at this stage of the season.

Simmons’ statline of 16.8 points, 8.0 rebounds, 7.3 assists, 1.9 steals and 0.97 blocks per game doesn’t look like that of your ordinary rookie. Simmons, LeBron James and Russell Westbrook are the only players to average at least 15 points, 8 rebounds, 5 assists and 1 steal per game. That all around brilliance deserves a spot on any All-Star squad.