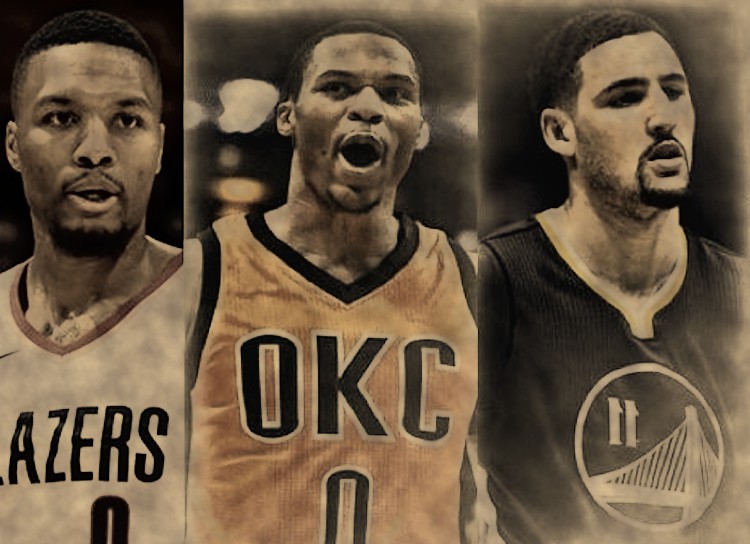 In our previous article, we talked about the most probable reserves from the Eastern Conference. This time around, we take a look at the Western Conference’s likely representatives to the 2018 NBA All-Star game.

The West is obviously much harder to pick from, that’s because all-stars like Paul George and Jimmy Butler moved from the East. So while the East team is likely going to have a handful of first time all-stars, the West will be loaded with old faces. 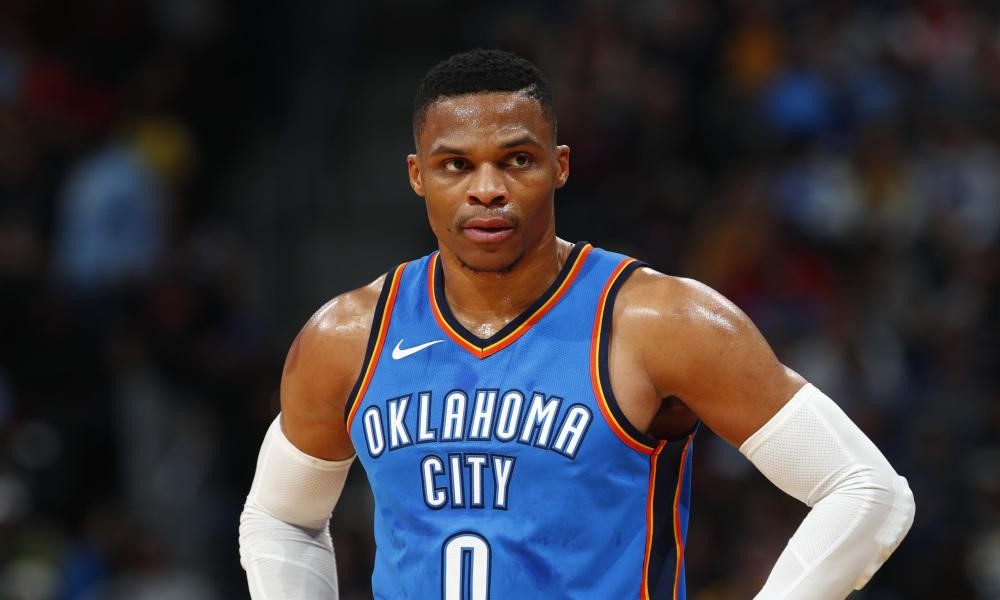 This man is the reason why we say the West is much tougher conference to pick from. Westbrook may not beat either Stephen Curry or James Harden in the All-Star voting but that doesn’t mean that either Curry or Harden are necessarily better basketball players than him.

Westbrook is flirting with another triple double season, averaging 24.8 points, 9.7 rebounds and 9.9 assists per game. The reigning NBA MVP’s shooting percentages are down this season but that doesn’t mean that he is less effective for the Thunder. Russ is a +12.1 points in net rating for the Thunder this season, making him their most valuable player as usual and despite the arrival of fellow all-stars Paul George and Carmelo Anthony.

Westbrook leads the league in assists and triple doubles. His 14 total triple doubles this season is twice more than the total of the player next to him ( LeBron James has 7 ) in the triple double leaderboard. Westbrook as reserve? Don’t be surprised if he wins a third All-Star Game MVP award. 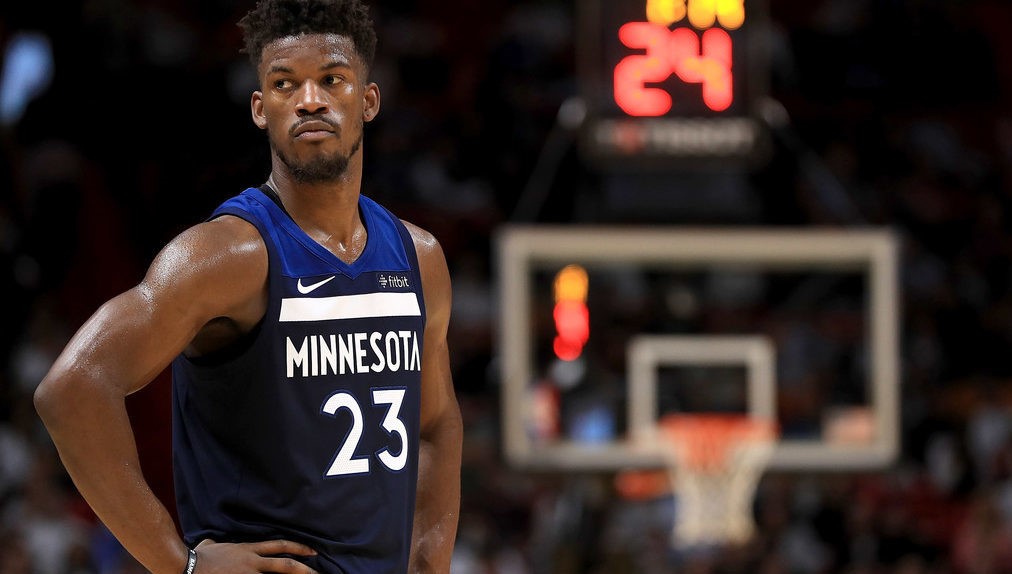 It took some time for him to get acclimated to his new team. But at the halfway point of the season, it’s pretty clear that Jimmy Butler has settled in. Butler has emerged as the leading scorer of the Minnesota TImberwolves but if you think that he’s been just Jimmy Buckets, well you are wrong.

Butler is fourth in the league in steals at 2.05 steals per game while his steals/personal fouls ratio is tops in the NBA at 1.65. Butler’s defense is something these young pack of Wolves haven’t seen before. While Minnesota still ranks 18th in defensive efficiency this season, they’ve already moved 8 spots up as compared to the previous year. You don’t have to look beyond Butler to find out where this much improved ( but still needs improvement ) defense came from. 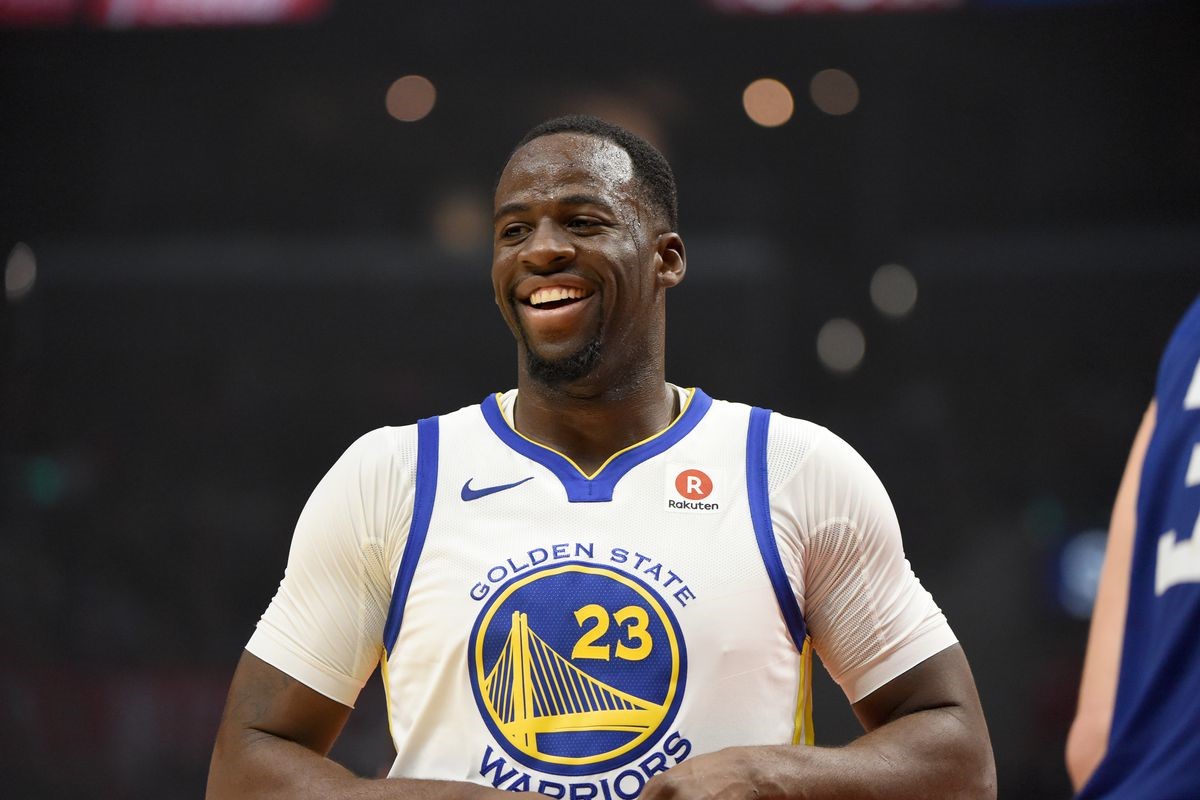 At 11.1 points per game and 30.5% shooting from behind the three point line, you do not want to include Draymond Green in your All-Star team. But if you look at his assist numbers, you’d be impressed that a power forward would not only lead the defending champion team in assists but he’s be ranked 5th in the NBA in assists.

But it’s not only Green’s passing that make him a perennial all-star. It’s his ability to to impact the game with his defense. The Warriors are the 4th best defensive team in the NBA and Draymond leads the team with 2.0 defensive win shares. Then of course there are the brilliant defensive plays and instincts that do not appear in the stats sheet.

Green leads the Warriors in rebounds and assists. He’ll grab the board, lead the break and dish off the excellent assist pass. He’ll block a shot or steal the ball at one end and then bring the ball on the other end. That’s the versatility Green has. And that’s the reason why he’s the heart and soul of the Warriors. 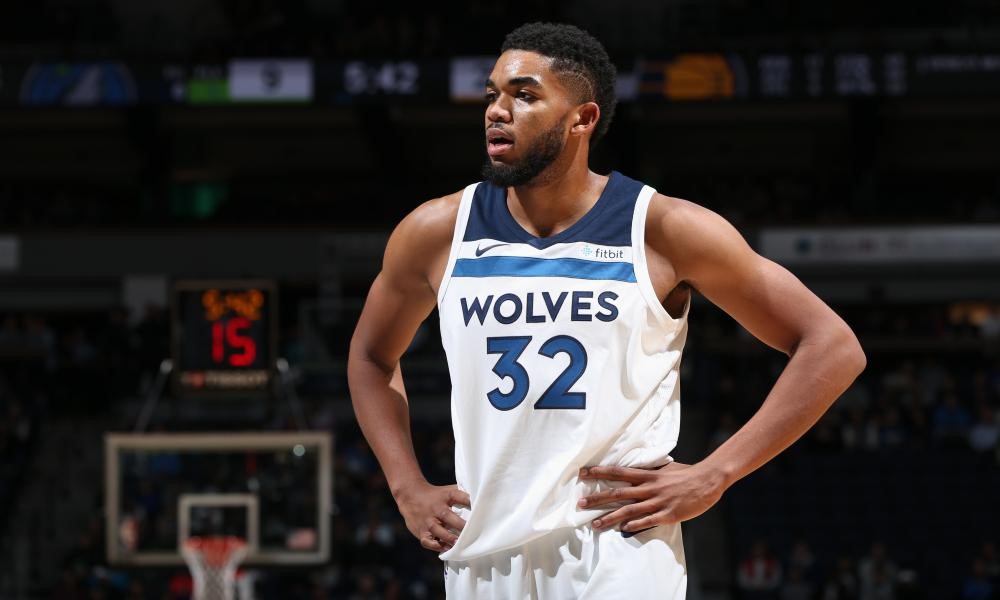 Karl Anthony Towns has seen his scoring drop this year because of Jimmy Butler’s arrival. But KAT doesn’t mind, for as long as the Wolves keep on rising in the team standings. Behind Butler and Towns, Minnesota is the 4th best team in the Western Conference and the most improved team in the league.
Despite the drop in scoring, Towns is averaging 20.1 points and 12.0 rebounds per game.
He ranks 5th in the NBA in rebounds and is the league leader in double doubles with 38 so far this season. And yes, don’t forget that he’s just in his third NBA season and is just 22 years old. That’s scary for opponents and that’s an all-star, definitely. 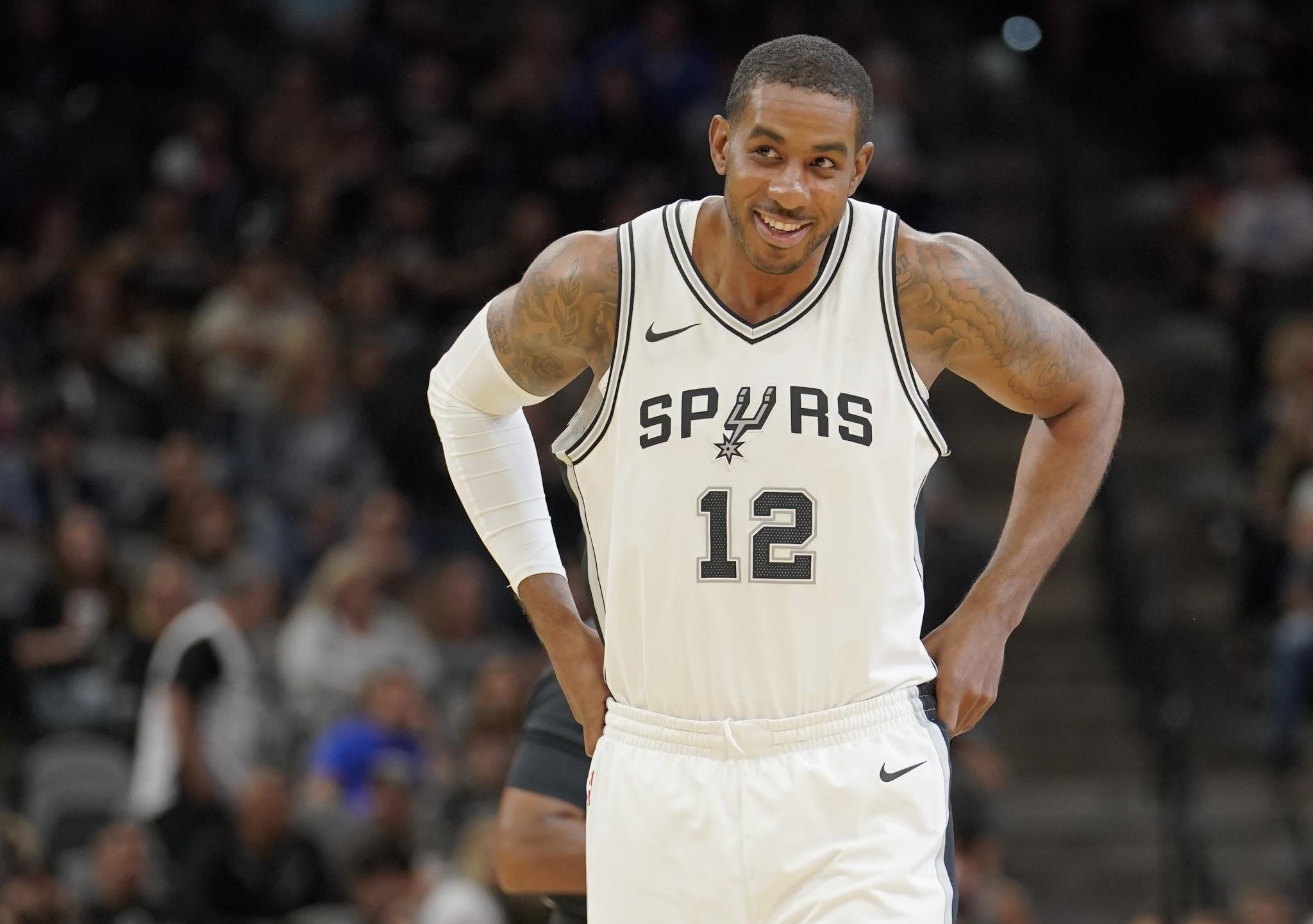 With Kawhi Leonard injured, The San Antonio Spurs have leaned on LaMarcus Aldridge to begin the 2017-18 NBA season. Aldridge has been impressive for the Spurs as he has successfully bounced back from a dismal 2016-17 season. A preseason heart to heart talk has brought out one of the best seasons in Aldridge’s NBA career

San Antonio currently sits as the 3rd seed in the Western Conference with their 30-16 record. Aldridge has been the main reason for that. The 12 year veteran leads the team in scoring and rebounding at 22.7 points and 8.5 rebounds per game. This is Aldridge’s best scoring season since moving from Portland. Given his bigger role this season, Aldridge deserves an All-Star nod for helping the Spurs remain as one of the elite teams in the NBA despite the absence of their franchise player. 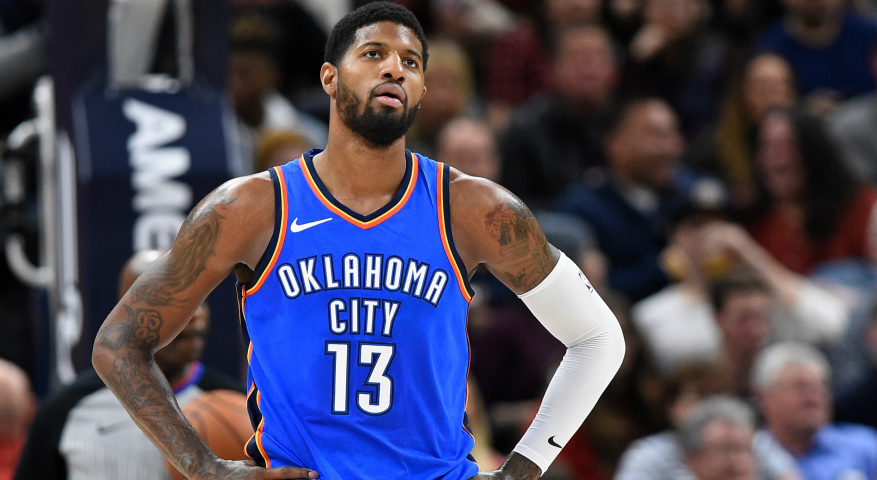 Many thought that Paul George would have an adjustment period in Oklahoma City, especially since he would be sharing the spotlight with fellow all-stars Russell Westbrook and Carmelo Anthony. They were so wrong. PG13 is having one of his best seasons in OKC at both ends of the court.

George is the only player in the NBA to make at least 3 three pointers per game, shoot at least .400 from beyond the arc and have two steals per game. Not only is George the NBA’s leader in steals, he is one of the best on ball defenders in the league. The Thunder are still struggling to find their true form but when it comes to Paul George, he’s as good as he’s ever been and for that, he deserves a spot in the 2018 NBA All-Star game. 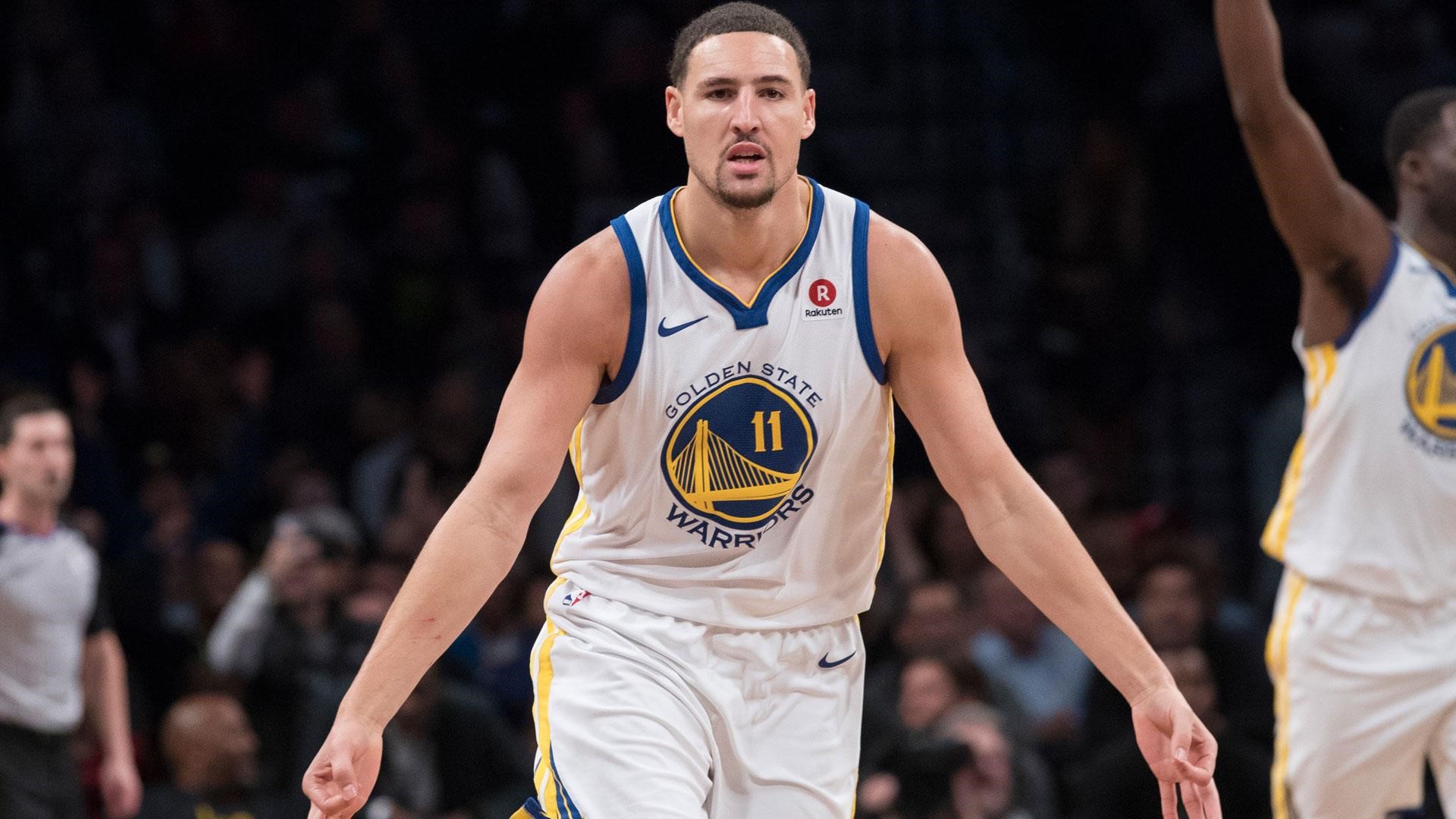 So what if the Warriors will have four players in the All-Star game again. They’re the best team in the land and have some of the best players in the business. This Warriors dominance of the NBA began with the emergence of the Splash Brothers. But while media has focused more on Stephen Curry, his backcourt partner is silently doing the damage for the Warriors.

Thompson is the first player to make 150 three pointers this season, ahead of Curry and ahead of James Harden who’ attempting an incredible 11 three pointers per game this season. Not only has Klay been making plenty of threes, he’s also hitting them at an excellent rate. Thompson’s .454 accuracy from beyond the three point arc is fourth best in the league. Arguably the best three point shooter this season, Thompson has earned his right to be a member of the All-Star team.