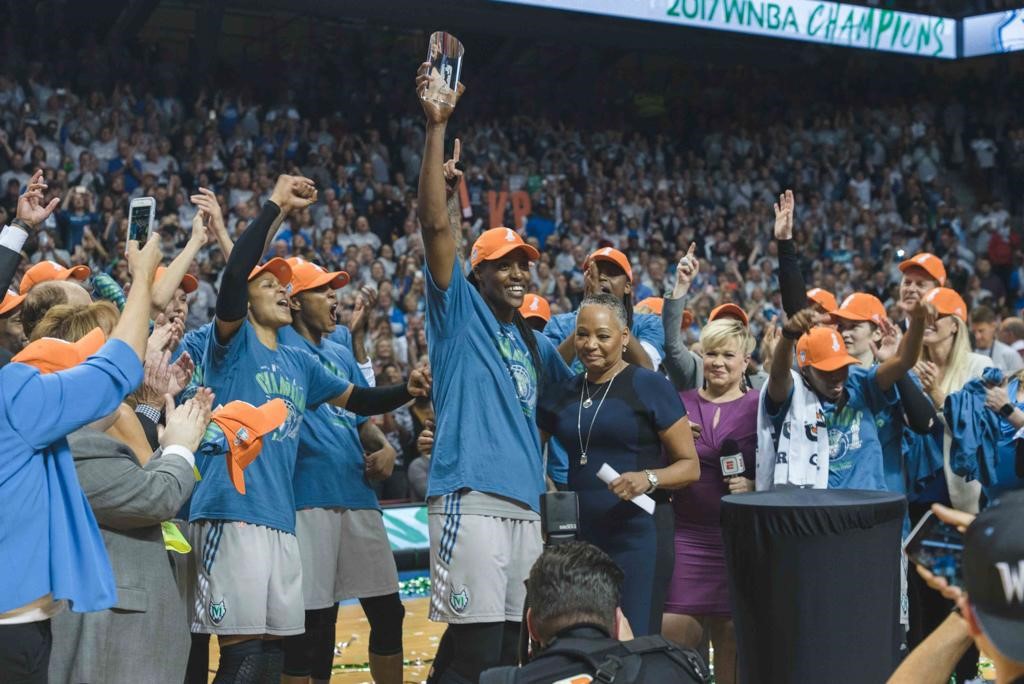 The Lynx trailed the series 1-2 but staved off elimination in Game 4 at the Sparks’ Staples Center. They played Game 5 in Minnesota but not in their usual Target Center home, which is under renovation. Instead, they won the crown at Williams Arena, the college home of Minnesota point guard Lindsay Whalen. 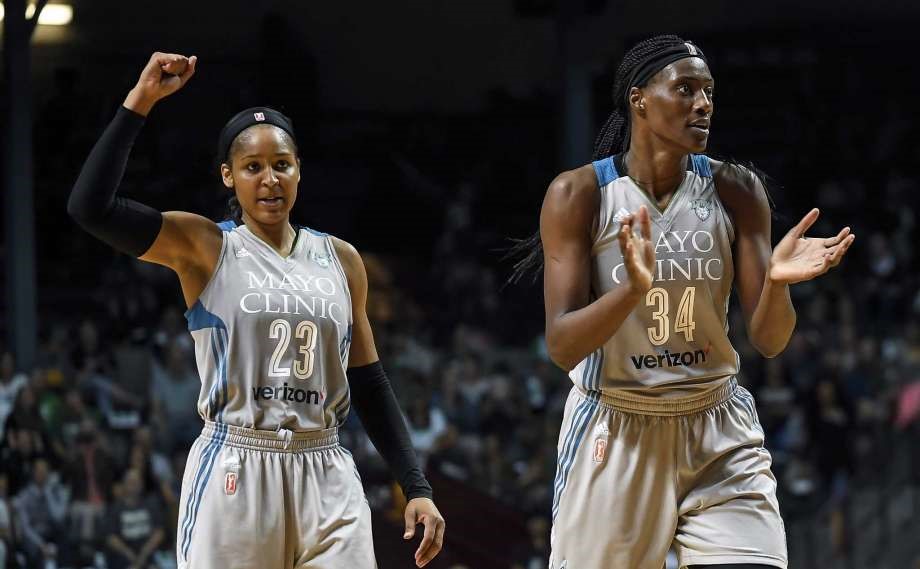 Whalen scored 17 points and had 8 assists in the game. But it was a total team effort as the entire Minnesota starting unit scored in double digits, led by Maya Moore’s 18 points.
It was also sweet revenge for the Lynx who lost to the Sparks last year ( also ) in five games and on a last second shot by Nneka Ogwumike.

The Sparks were looking to build a dynasty by becoming the first team in 15 years to win back to back titles. Instead, the Lynx asserted their own claim to dominance by winning their fourth WNBA title in six finals appearance during the last seven seasons. The fourth title puts the Lynx in a tie with the legendary Houston Comets squad which dominated the early years of the WNBA. But it wasn’t just the team which made history. 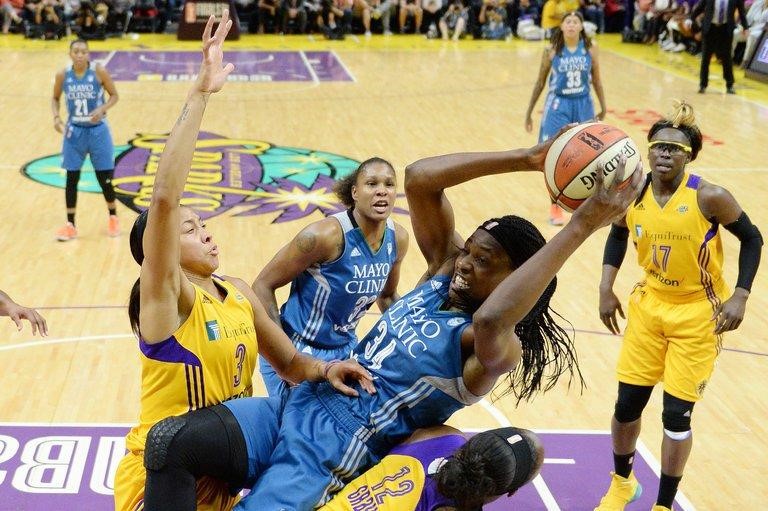 Sylvia Fowles broke her own Finals’ record by grabbing 20 rebounds ( and adding 17 points ) in Game 5. The 2017 WNBA regular season MVP was also named as 2017 WNBA Finals MVP and became the first player since Lauren Jackson in 2010 to win the MVP, Finals MVP and WNBA title in the same year.

Drafted 2nd overall in the 2008 WNBA draft by the Chicago Sky, Fowles had a very good career with the Sky. She won two Olympic gold medals while playing for Chicago, led the Sky to the 2014 WNBA Finals and won the Defensive Player of the Year award twice with them. But she never won it all in the Windy City. 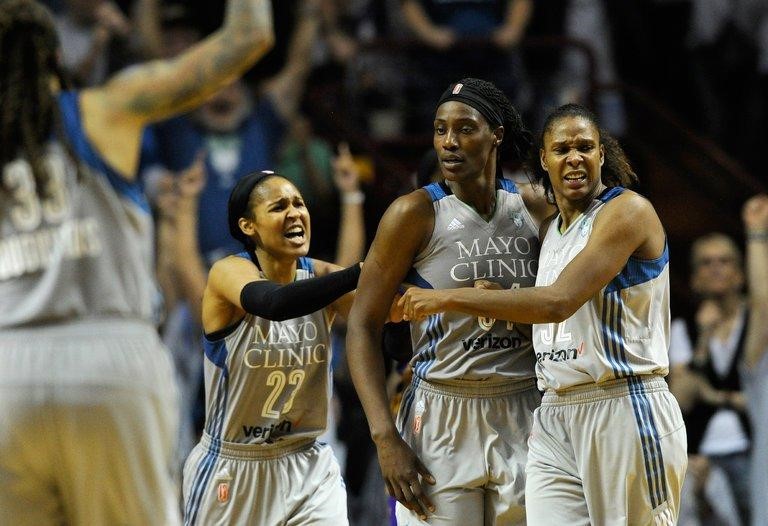 Prior to this season, Fowles already made her mark in the league with other significant achievements. She’s won the Defensive Player of the Year three times , made the All-WNBA First team thrice, WNBA Defensive First team six times and WNBA All-Star four times. However, she always missed the main award.

This year though, Sylvia Fowles had a perfect year and won it all: 2017 WNBA championship, 2017 WNBA Finals MVP and more importantly, the WNBA 2017 MVP award. She also finished second in the balloting for 2017 WNBA Defensive Player of the Year. 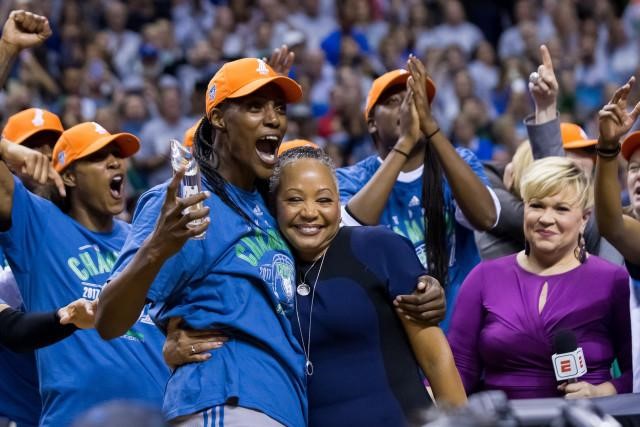 Not A Career Year 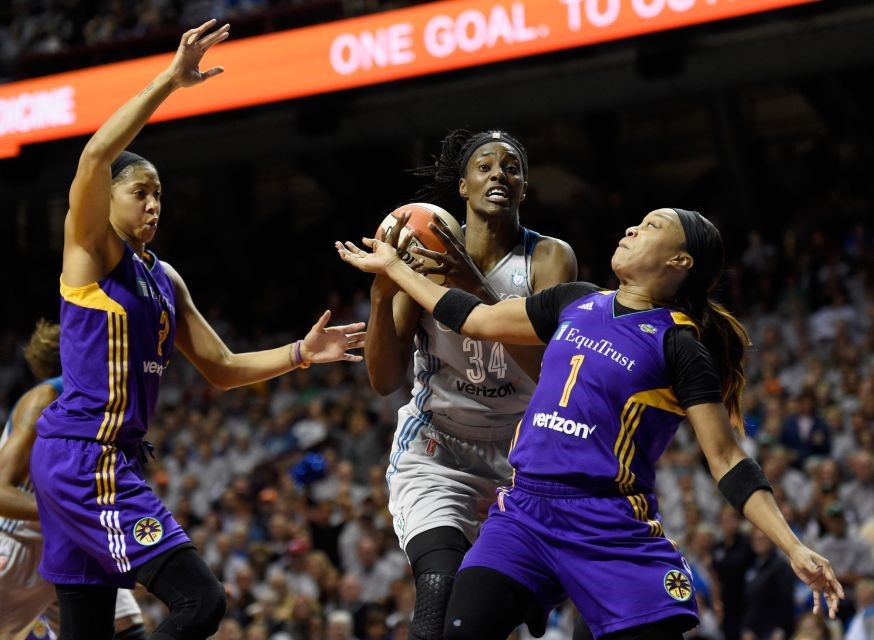 When Moore, Delle Donne and Ogwumike won their MVP trophies, each of them put up career highs across the stat sheets. Sylvia Fowles? It wasn’t a career year, statistically speaking. Sure, she averaged an impressive line of 18.9 points, 10.4 rebounds and 1.9 blocks per game this season. But those weren’t career high numbers for her.

She did however shot a league best 65.5% from the field, the 4th highest mark in WNBA history. Fowles also finished third in scoring, second in rebounding, second in blocked shots and was co-leader in double doubles. But Fowles’ career highs in points, rebounds and assists were set in the past: in different seasons, playing for a different team.

Consistent From Start To Finish 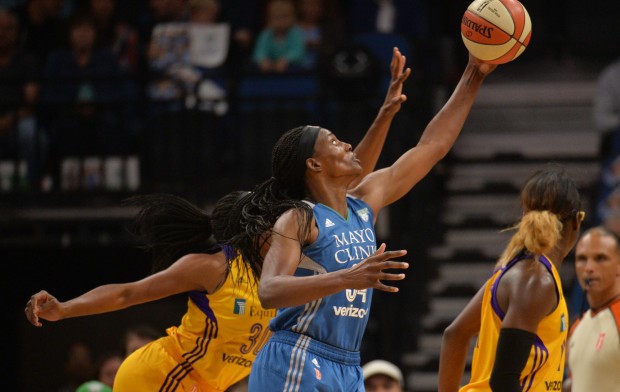 Despite not having a breakout statistical season, no other WNBA player came close to her in terms of her dominance. The MVP voting was definitely a proof of that. Fowles finished with a total of 385 points, nearly twice as much as Tina Charles who came in second with 199 points.

Fowles had been in MVP conversation before, finishing 3rd in 2011 and 4th in 2013. But since 2013, she had zero MVP votes. This year she won the award convincingly, garnering 35 out of 40 first place votes. Sylvia was consistent from start to finish. She was Player of the Month from May to July and was Player of the Week for the week ending August 13, 2017. There was no way to deny her that MVP award. 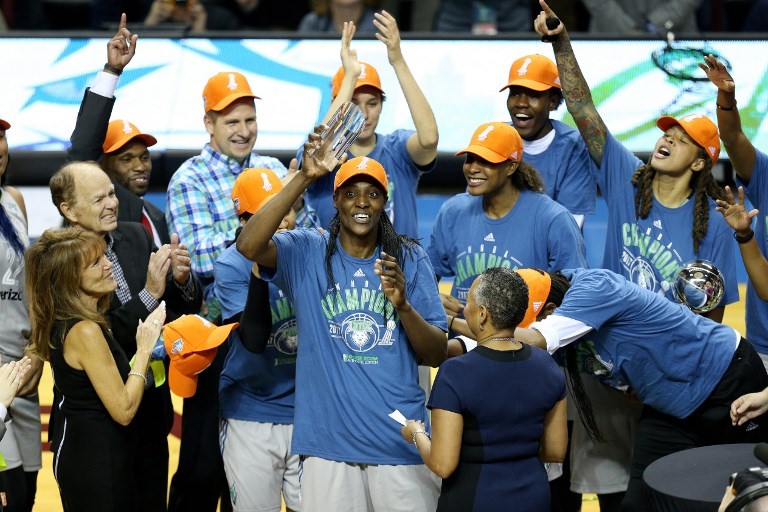 Prior to Fowles, the average age for the WNBA MVP was 27 years and the average experience was 3.8 seasons. Not only did she win her first MVP in her 10th WNBA season, she won it at the age of 31. Only Cynthia Cooper ( age 34 & 35 ) who won the WNBA’s first two MVP awards and Tamika Catchings ( age 34 ) have won the WNBA MVP award at an older age.

Overall, Sylvia Fowles is the 13th player to win the award and the ninth different player in the last nine nine years to do so. She joins Lisa Leslie, Lauren Jackson, Yolanda Griffith and Tina Charles as the only centers to win the coveted award. It may have taken Fowles a longer route, but she now takes her place as one of the best female centers to ever play the game. She may have never reached the sky in Chicago. But after a perfect season, she’s now in 7th heaven with the Minnesota Lynx.