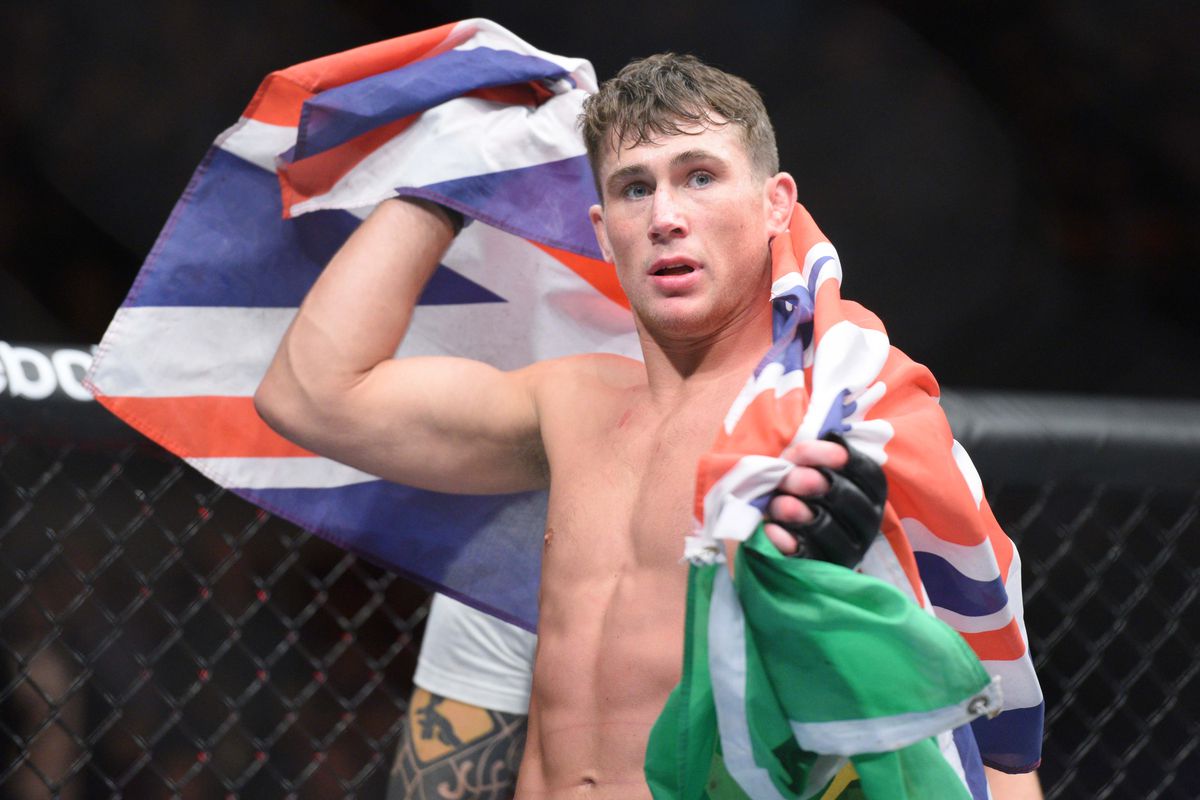 Darren Till Just Served Notice To The Welterweight Division

When Darren Till warned Donald Cerrone that he would get ‘killed’ if he stood in front of him, not many people took him seriously. Nobody blamed them. Nobody, not even Cerrone himself, knew who Darren Till was. In less than one round inside the octagon, that has absolutely changed.

Darren Till pulled off one of the biggest upsets of the year after he knocked the light out of Cerrone at the main event of UFC Fight Night 118 at Gdansk, Poland on Saturday. With the victory, the Liverpool native improved his record to 16-0-1 with 10 knockouts and 2 submissions. It was Till’s fourth victory in the UFC and by far it was the biggest and the sweetest.

Cerrone had more wins ( 32 ) in MMA than Till has total fights ( 17 ). Heck, Cowboy even has more Octagon appearances at 25. The Englishman had never headlined a UFC event prior to Saturday night. He’s fought just four times under the UFC banner but only twice on the main card. So what business did he have fighting the one and only Donald ‘Cowboy’ Cerrone at UFC Fight Night 118?

UFC Fight Night 118 was in need of a main event after the original headliner between Thiago Santos and Michal Materla was scrapped after the latter chose to sign with the Polish promotion KSW. With time running out, it was unsurprising that the UFC turned to a reliable veteran to carry the show.

Donald Cerrone is known as the busiest fighters in the history of the UFC. So even after back to back losses to Jorge Masvidal and Robbie Lawler earlier this year, he was more than willing to take a fight, even if he didn’t know yet who his opponent would be. When told it was Darren Till, Cowboy said he never heard of the name before. Now it’s a name he will never forget.

Darren Till was busy toasting his bruising decision victory over Bojan Velickovic at UFC Fight Night 115 when he got an unexpected offer from UFC matchmaker Sean Shelby. Shelby told Till about the dilemma of losing Materla ( and the Gdansk main event ) and asked if he was willing to take the spot. Within a matter of days, the match was booked.

As unexpected as his addition to the UFC Fight Night 118 main event is his road to the UFC. He dropped out of school at the age of 14 to fight professional muay thai. He got stabbed twice in the back at a party in 2012 and moved to Brazil where his formative years of MMA was spent.

He was signed by the UFC in 2015 and after his second fight, he suffered a shoulder injury that sidelined him for two years. In his first fight back, he missed weight but fought on and kept his unbeaten streak going. Then he fought Velickovic just last month before signing on the contract to fight Cerrone.

On Saturday, Darren Till made the most of his golden opportunity and seized the moment. He put on a beating and demolished Cerrone via TKO at the 4:20 mark of the very first round, sending the entire Ergo Arena in Gdansk, Poland into both a shock and a frenzy.

The Gorilla was all over Cowboy right from the get go and won majority of the striking exchanges with his power, aggression, distance control and shot selection. Cerrone, a notorious slow starter, was never able to get anything going for him. Cowboy tried to get the fight on the ground. Till foiled the first attempt and got up rather easily from the second one.

DARREN TILL!!!!! First round finish for the prospect @DarrenTill2!! WOW! #UFCGdansk ↔️ LINK TO REPLAY IN BIO ↔️

A hard two-punch combo by Till connected on Cerrone who buckled and was forced to retreat. Sensing his opponent was hurt, Till moved in for the kill and landed a solid elbow that further hurt Cowboy. A flush combination forced Cerrone to cover up and drop to the canvass in turtle position. Till followed his opponent with a flurry of punches before the referee jumped in to save Cerrone from further damage.

Unlike most main event winners who immediately call out the champion, Till was in no rush. He knows how good he is and he knows when his time will come. Said Till:

“There’s so many more guys in front of me. They need the shot first, and then when I get my shot, I’ll just take the champion out. But I’m certainly closer. I’ll ask for the title shot when I take the No. 2 guy out.”

Till came to UFC Gdansk unranked in the official UFC welterweight rankings. But after demolishing the 170 pound division’s 6th ranked fighter, his name should be included in the next updated list. There is still a long way to the top but if Darren Till can build on this victory over Cowboy, he’ll be there soon.

Not many people believed him when he said he would shock the world on Saturday. Many thought Cerrone was way above his league and that Till was biting more than what he could chew. But after putting away so easily one of the UFC’s most beloved warriors, everyone is starting to pay attention. There’s may be a new sheriff in town and he’s just served notice.