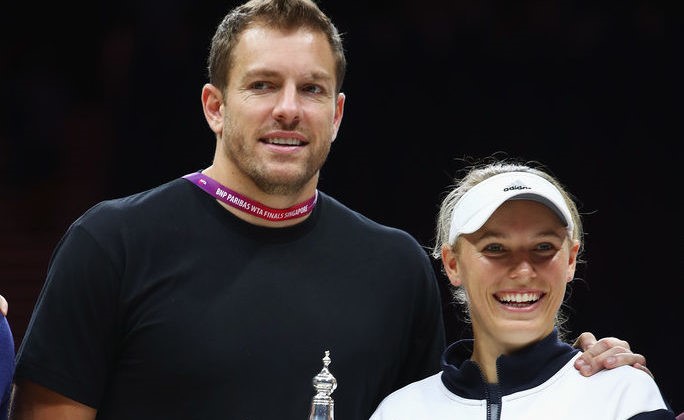 David Lee is A ‘Free Agent’ No More

NBA veteran David Lee entered the 2017-18 season without a team and as a free agent. A recent announcement by his lady love and tennis superstar Caroline Wozniacki has just taken Lee off the ‘free agent’ market: 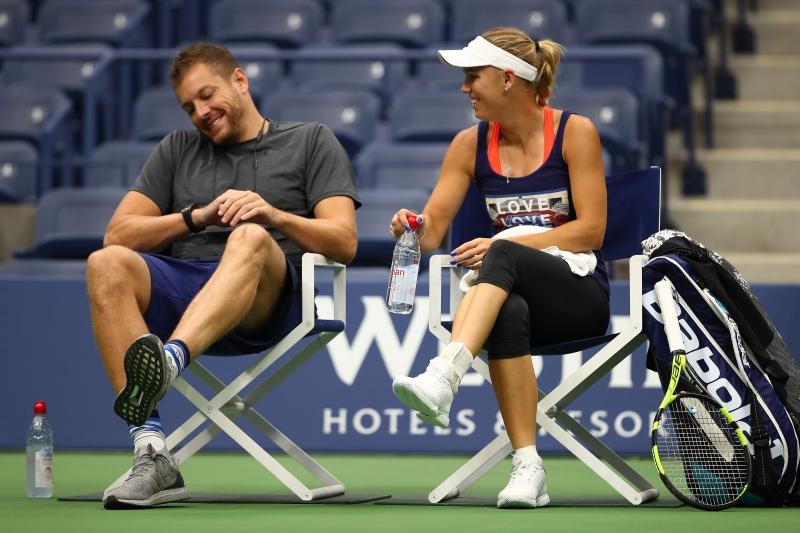 Wozniacki posted a photograph of her left hand with a massive diamond ring on Instagram and captioned it “happiest day of my life yesterday saying yes to my soulmate” :

The soulmate is of course basketball star David Lee who popped the big question while the couple was vacationing in Bora Bora, French Polynesia after Wozniacki’s biggest career win at the WTA Finals in Singapore where she won a whopping $7M first place check. The equally happy David Lee confirmed the engagement via his own Instagram account:

She said YES! So thrilled to be engaged to my soulmate! ❤️💍

The gigantic 8.8 karat oval shaped ring from Hamra Diamonds is D-color and of flawless clarity. According to Joey Hamra, the couple were looking at rings at Hamra’s New York based store before Wozniacki traveled to Singapore for last month’s WTA Finals. The jeweller added that Lee finalized the ring’s style and shape while Wozniacki was in Singapore.

As for the gem itself, it holds a very significant numerical value to the beautiful tennis ace because her favorite number is ‘8’. So having an 8.88 karat diamond engagement ring is three times sweeter for the lovely tennis ace. 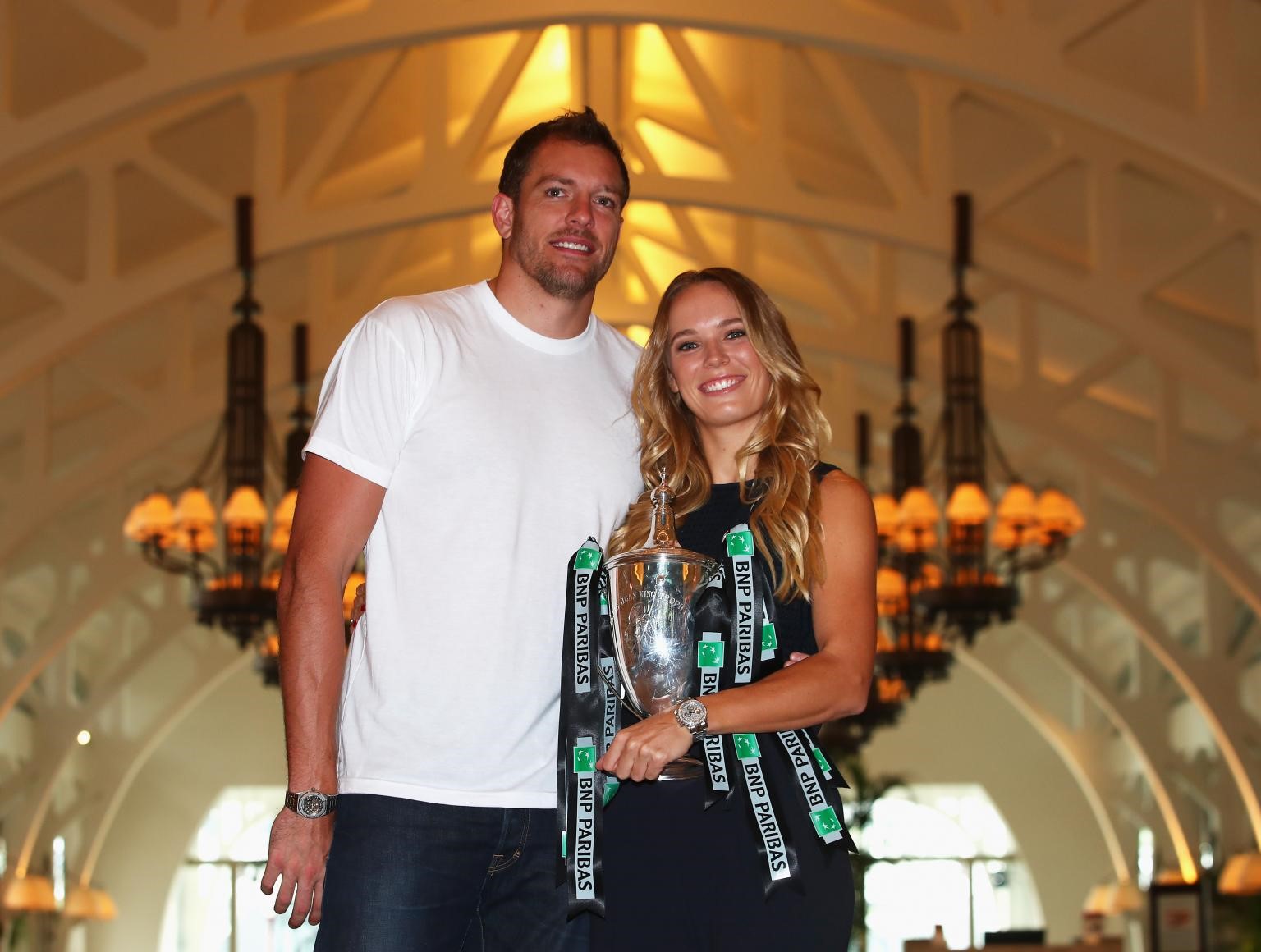 But while everyone’s obviously very happy for the couple, many are especially elated for Wozniacki who is having her second serving of an engagement. In 2014, Wozniacki got engaged to superstar golfer Rory McIlroy. Surprisingly, the couple called off their wedding days after the invitations were handed out.

While the exact details of their high profile split remain unclear, Wozniacki refuted McIlroy’s claims that the two separated ‘mutually and amicably.’. She claimed that the golfer broke up with her and called of their wedding over the telephone. Said Wozniacki during a September 2014 interview with Graham Bensinger:

“It was very hard because he made it very public from the start. He put out a press release so I didn’t have a choice, you know, it just got put in my face...I was shocked. I thought at least, you know, I would get a face to face or something. But there was nothing. It was just a phone call and I did not hear from him again. I don’t think you expect to find yourself in a situation like that, you can’t prepare yourself or your body for anything like that so I think I was in a bit of a shocked phase there for a while.”
Interestingly, Wozniacki once said after her painful break-up that she’d prefer to date a taller man next so that she can wear high heels. She got that wish granted when she met 6-9 NBA power forward. 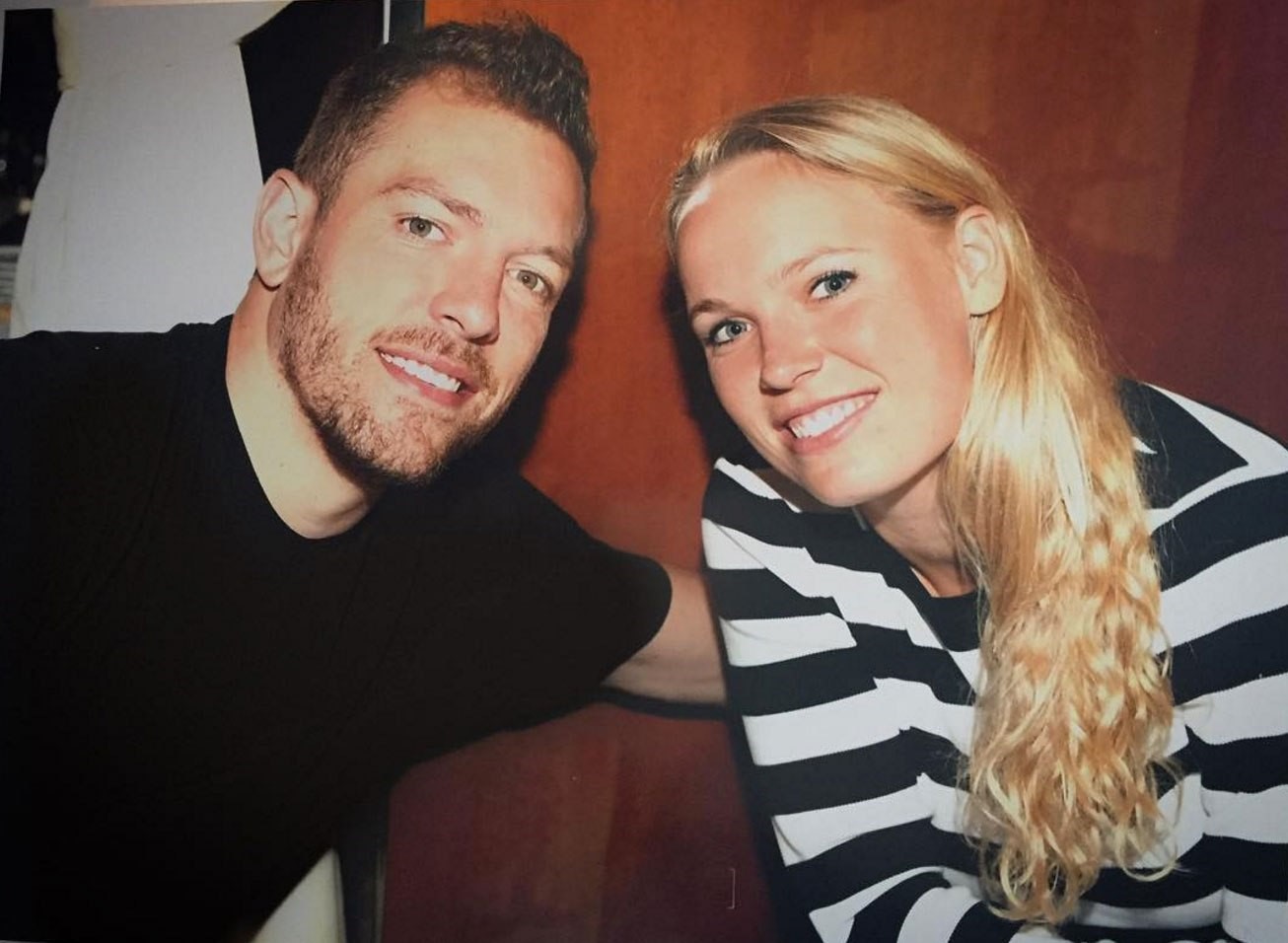 Mcilroy quickly moved to a new lady love in the person of PGA employee Erica Stoll whom he got engaged to in December 2015. The couple married earlier this year. On the other hand, Wozniacki went through a period of a constructive solitude and even when she found a new man she was in no hurry to tell the world about him.
Lee met Wozniacki at a party at the Villa Casa Casuarina ( formerly the Versace Mansion ) in Miami. They were introduced to each other by a mutual friend. During the 2016 US Open, rumors of a relationship between the pair floated around after Lee was spotted watching her matches.

But it was only during Valentine’s Day this year that Caro confirmed that she was dating David Lee. “Happy Valentine’s Day everyone! I’m a lucky girl! Thank you @dlee042,” Wozniacki shared on Snapchat, posing with a bouquet of roses, as captured by Terez Owens. 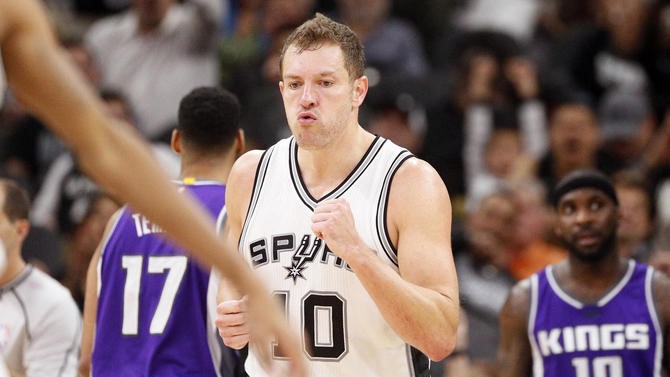 David Lee is a 12 year NBA veteran who played for the San Antonio Spurs last season. He was the New York Knicks’ first round pick ( 30th overall ) in 2005. He played five seasons for the Knicks before moving to the Golden State Warriors where he was a member of the Dubs’ 2015 title team.

Lee was traded by the Warriors to the Boston Celtics to offload his big contract. After being waived by the Celtics, he played for the Dallas Mavericks in 2016 before playing for the San Antonio Spurs during the 2016-17 season. Lee declined the player option of his Spurs contract and became a free agent last summer.

With his new personal status confirmed, Lee is obviously no longer a ‘free agent’ and will be looking forward to getting another ring, not in the court of basketball but in the court of life. Congratulations to David Lee and Caroline Wozniacki on the engagement! The sporting world looks forward to the upcoming wedding.