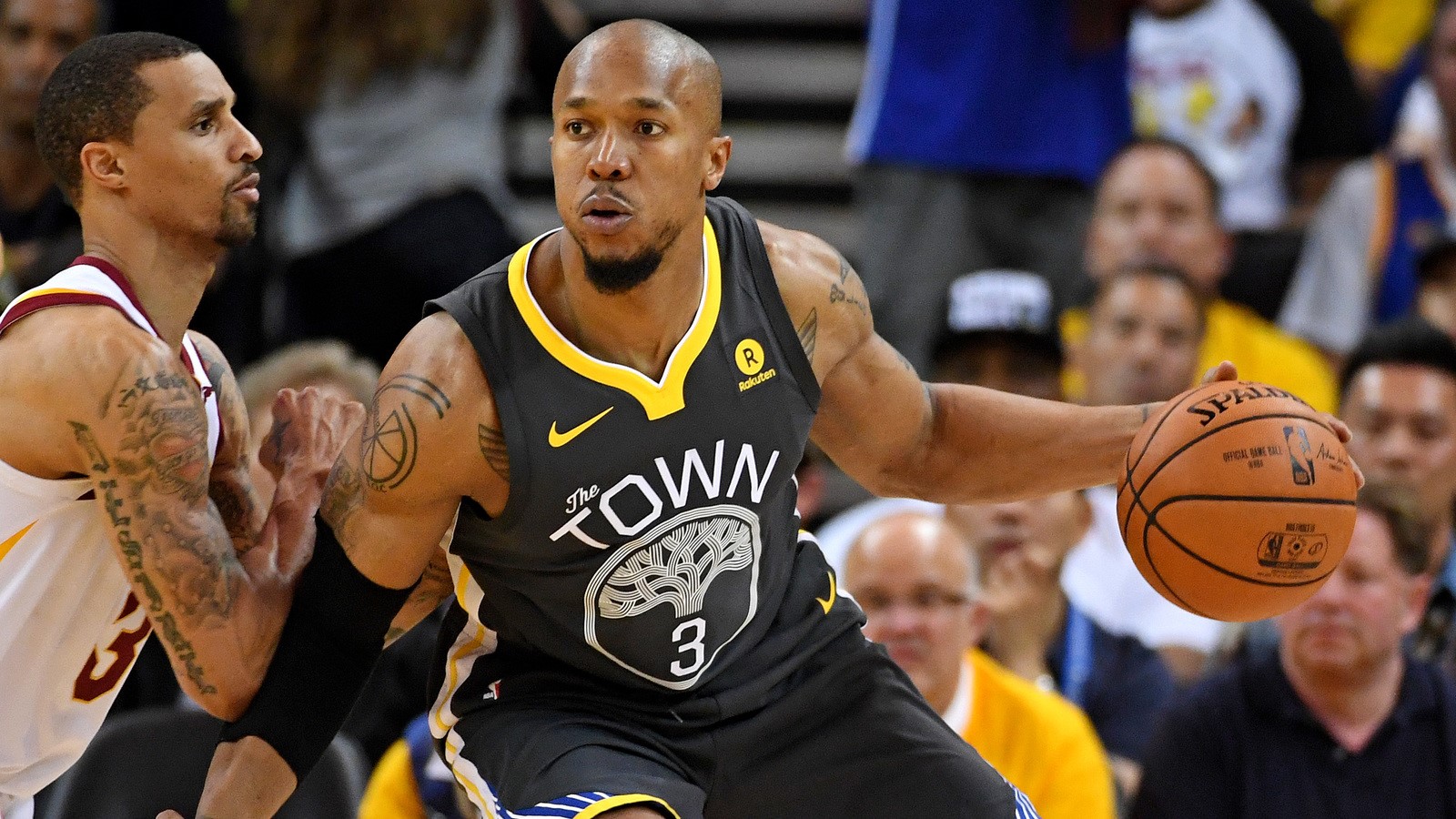 David West Retires From The NBA

As the NBA headlines are filled with Manu Ginobili highlights and tributes after the San Antonio Spurs legendary guard announced his retirement earlier this week, another NBA veteran has decided to call it quits. And while his retirement hasn’t and won’t make as much buzz as Ginobili’s, he is one player worth mentioning.

The player we are talking about is David West, who last played for the Golden State Warriors. The 38 year old West played his final two NBA seasons with the Dubs and in those last two years, he fulfilled his dream of winning an NBA title, in fact winning it in back to back fashion in 2017 and 2018.

While Ginobili won four titles to David West’s two, both players have two NBA All-Star selections. Yes, that’s true. Before David West became a consummate role player in the NBA, he was a star in his own right.

A Star In His Own Right

Drafted 18th overall in the 2003 NBA Draft by the then Charlotte Hornets, David West was the best player in the nation in 2003 out of Xavier. He was a three-time Atlantic Player of the Year at Xavier, from his sophomore season to his senior year. He was also All-First Team Atlantic in those years.

West had modest freshman and sophomore seasons with the Hornets in the NBA. But then he had a breakthrough in his third year as he posted averages of 17.4 points and 7.4 rebounds per game. He finished second in the Most Improved Player balloting in 2006. Two seasons later, West would earn his first All-Star selection. He was selected as All-Star reserve again during the 2008-09 season after recording a career high 21.0 points per game.

Not About The Money

In 2011, West signed with the Indiana Pacers. Although his numbers began to drop, he was still a starter on the team and was still one of the top power forwards in the NBA. But despite his individual success, West’s ultimate goal was to win an NBA title or at least compete for it. He never got that opportunity with the Hornets and then the Pacers so in June 2015, West declined the player option of his three year $37M contract with Indiana to sign with the San Antonio Spurs.

West left a lot of money on the table to have a chance to compete for an NBA title with the Spurs. He signed a veteran’s minimum deal worth $1.4M to join San Antonio whereas the player option he declined in Indiana was worth $12.6M. But after 13 seasons and at age 35, West knew his time was almost out and he wanted to pursue his championship aspirations even if that meant giving up plenty of money and in the case of playing fir the Spurs, a starting position. West talked about making that decision to ESPN last January:

"Obviously, people was saying you're taking a risk. A risk is no different at any other point. You just trust yourself and trust your ability to make sound decisions. We talked about that from Day 1 of having a financial plan and getting to the point in my career where I didn't want to make decisions just based off of money. I was just never one of those guys.

"I've been saving, doing what I have to do in terms of investments and being safe and making sure we got a nice nest egg where they don't have to worry about a crazy-ass lifestyle because we don't live a crazy-ass lifestyle. So, it really wasn't that difficult of a decision." 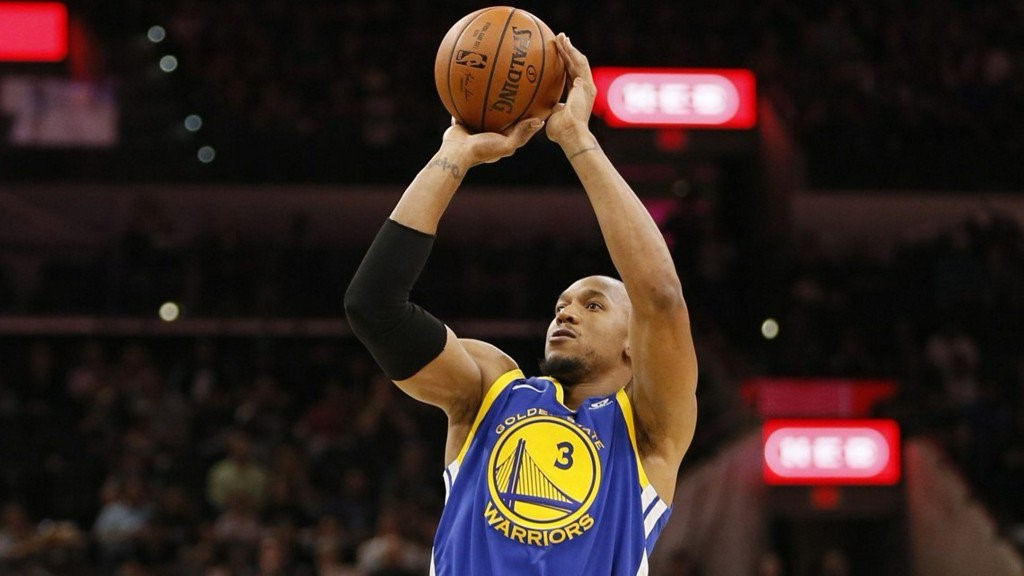 The Spurs finished the 2015-16 season with the second best record in the Western Conference at 67-15. However, they were ambushed by the Oklahoma City Thunder in the second round and eliminated in the 2016 Western Conference Semifinals. Tim Duncan retired at the end of the season and it seemed that West’s dream would remain as that.

But in a twist of fate, West would end up playing for the Spurs’ Western Conference rivals the Golden State Warriors in 2017. The Warriors won the title in 2015 but lost to the Cleveland Cavaliers the following year. But 2017 would be a special year for the Dubs as Kevin Durant would join the team that season. Durant’s transfer to Golden State was break that West had been waiting for all his career. Said West to The Undefeated in 2017:

And so they did.

With Durant added to a team that was coming off the best regular season in NBA history and one year removed from winning an NBA title, the Warriors reclaimed NBA gold in 2017 with Durant winning NBA Finals MVP honors. Last season, the Warriors kept their core, David West included. They went on two win their second straight NBA title and their third in the last four years. For West, who wanted to experience what it was to be a champion, winning back to back titles was icing on his cake. 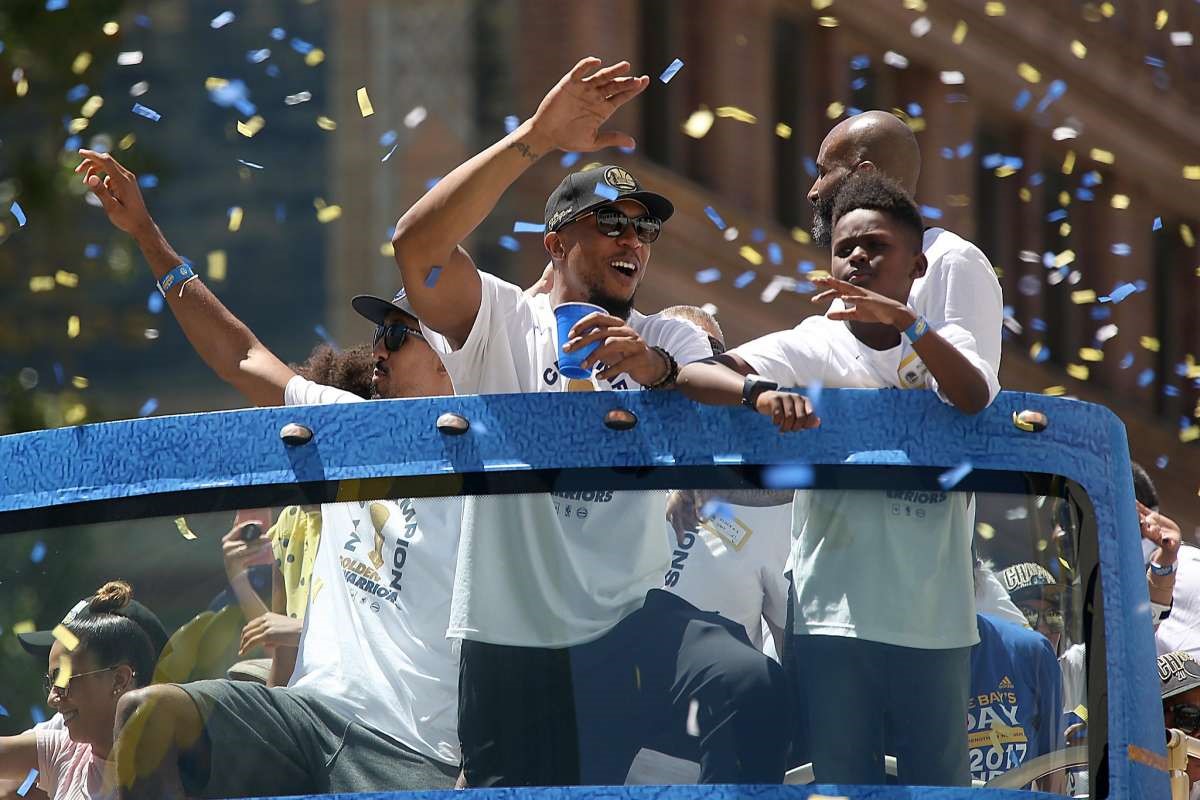 With his mission already accomplished, West was asked questions about retirement early in the 2017-18 NBA season. West, who was in his second one year deal with the Warriors replied:

"I don't know what I'm going to do at the end of the season," West said. "It all depends on how my body feels. Right now I feel good. I'll worry about that later."

But West already had a hint of retirement when he said that he was looking forward to business ventures:

"I think a part of it is people being made to believe that they're only one-dimensional," West said. "I don't feel like this is the pinnacle of my existence. I've been fortunate to have a good professional basketball career, but I'll be under 40 years old when this is all said and done with, and I hopefully got another 40-plus years of life left. That's another opportunity to ascend to another realm and be great at something else. That's sort of how I look at life.”

"I'm into education; I'm into renewable energy; I'm into international business; I'm into domestic business; we have real estate; we're working the stock market. We're very diversified in terms of our portfolio. We have some private holdings and equity in certain companies. I'm just in a good space, man, and I just happen to still be able to play basketball and play in a thousand games." 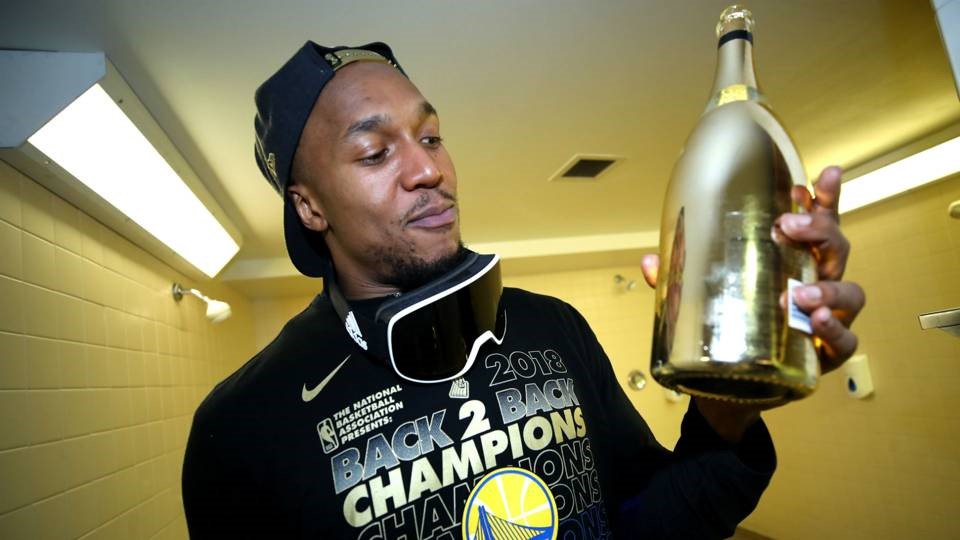 At 38 , West would still have been able to play basketball but he chose to retire under 40. He ends his NBA career having played 1034 regular season games with averages of 13.6 points, 6.4 rebounds and 2.2 assists per game. He also played a total of 118 playoff games in his 15 year career. With a career total of 14,034 points, he is the fifth highest all-time scorer from the fabled 2003 NBA Draft class behind LeBron James, Carmelo Anthony, Dwyane Wade and Chris Bosh.

More importantly, West will be remembered as one of the consummate professionals in NBA history. He wasn’t about money or fame. David West simply loved to play the game and loved to win. Warriors head coach Steve Kerr was all praises for West upon learning of his decision to retire:

"David was a consummate professional throughout his entire career and was a huge presence in our locker room the last two years," Warriors coach Steve Kerr said Thursday. "The respect that he commanded was palpable every single day he walked in the door, and the leadership that he provided to our team was critical to our success..The consistency that he displayed at a high level on the court for 15 years was amazing and a testament to his hard work and dedication. He is a true champion in every sense of the word."

It’s uncertain if David West will be enshrined among the greats of the game in the Naismith Hall of Fame. One thing is sure though.David West retires having accomplished what many other greats could only dream of. And he it twice. Cheers to a happy retirement for David West.