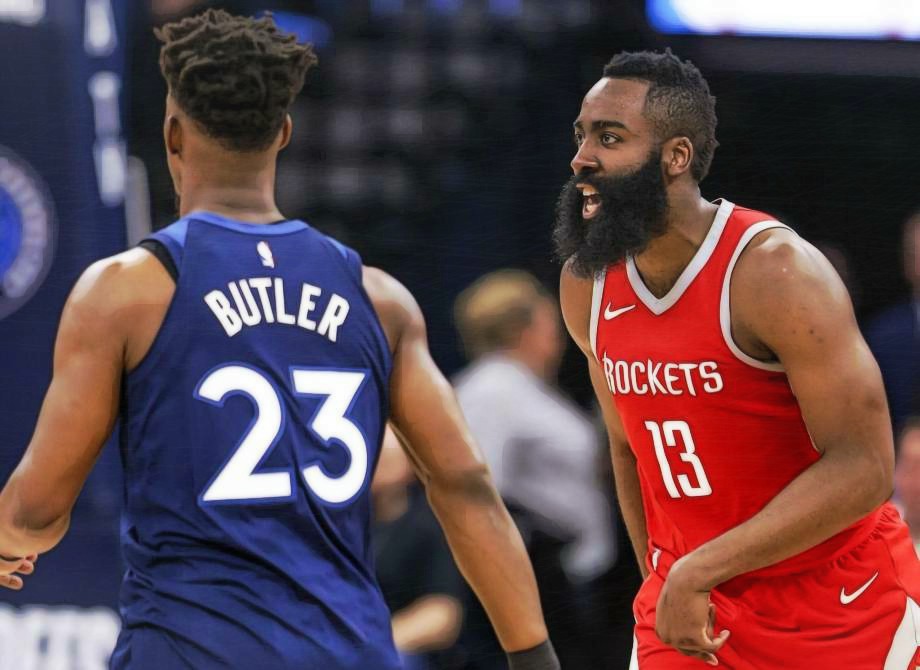 Day 10 of the NBA Playoffs: Rockets, Jazz Pull Away

There were only 2 games on deck for Monday night in the NBA’s 2018 postseason.

The Top seeded Houston Rockets and Utah Jazz were looking for win number 3 in their respective first round series. Both were on different circumstances though as Houston visited Minnesota while Utah defended their home floor against Oklahoma City.

The Rockets were coming off a rather surprise loss to the Wolves in Game 3 and they hoped to re-establish their dominance and put themselves on the brink of advancing to the next round. Meanwhile, after losing the opening game of their series, the Utah Jazz have won two games in a row to take a 2-1 lead over the Thunder. Playing at home, Utah attempted to win three in a row to put themselves one win away from moving on to the second round.

Were the Rockets and Jazz successful? 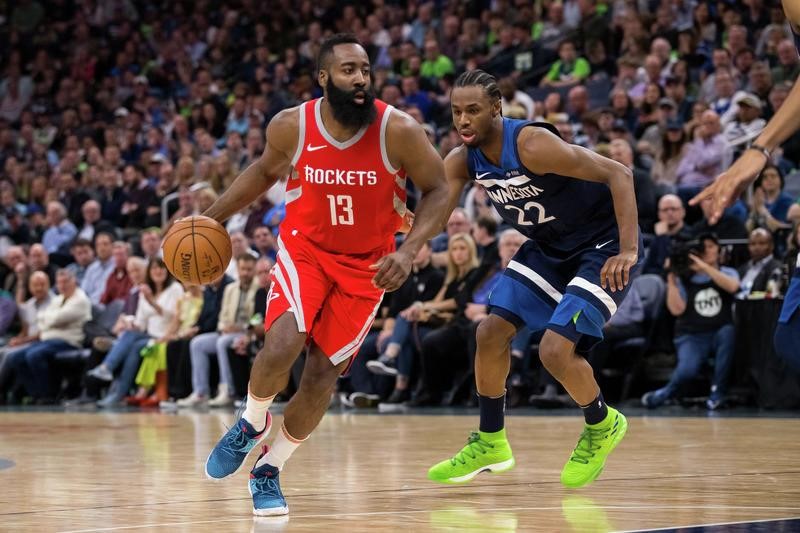 For two quarters, it looked as if the Houston Rockets would have their hands full on Monday night. The Minnesota Timberwolves, down 2-1 in their season series, gave the top seeded Rockets all they could handle in the first half of Game 4. At the midway point of the game, the Rockets were up by the slimmest of margins at 50-49. And then it happened.

Known for its high powered offense, Houston suddenly erupted for 50 points in the third quarter, shooting at a torrid 69% from behind the three point line and 61% from the floor overall. Those 50 third quarter points are the most points scored by a team in a quarter during the playoffs since the Los Angeles Lakers scored 51 points in 1962 against the Detroit Pistons. That was all she wrote.

Harden started 0-7 in this game, marking the first time since 2015 that he’s missed all seven of his shot attempts in one quarter. But he finished strong, making 12 of his last 19 baskets. When it was all said and done, Harden had 36 points including five three pointers to lead the Rockets’ juggernaut. He also had 4 rebounds, 3 assists, 4 steals and 2 blocks as Houston beat Minnesota 119-100 to take a commanding 3-1 series lead over the Timberwolves.

Karl Anthony Towns had another strong night for the Wolves as he scored 22 points on 9-15 shooting and grabbed 15 rebounds. But the Wolves’ other starters shot just a combined 14-39 from the floor. Andrew Wiggins particularly struggled as he made just 5 of 14 shots to finish with 14 points.

Third Win In A Row 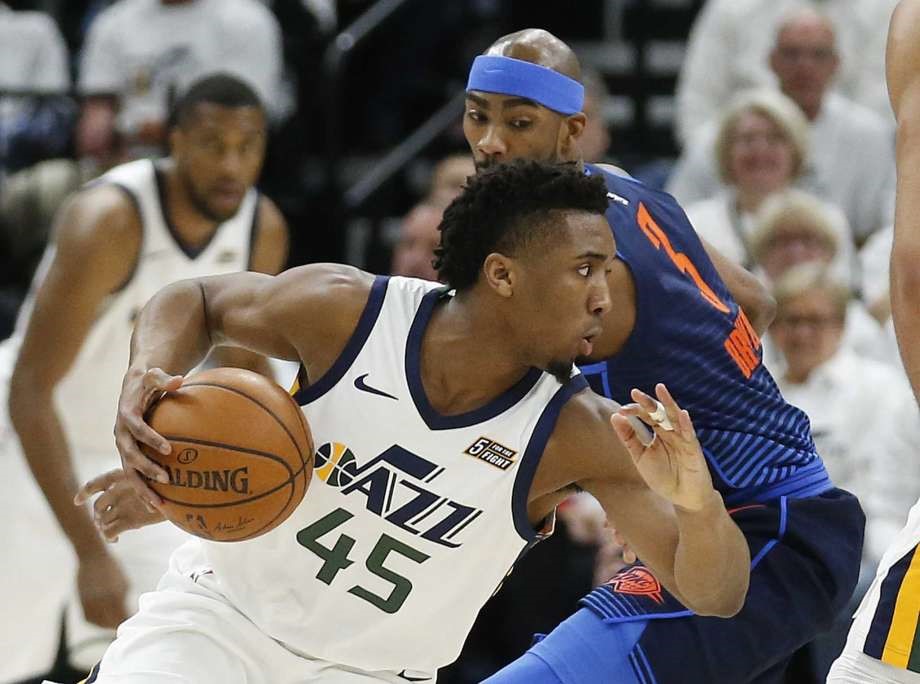 Rookie guard Donovan Mitchell scored a career playoff high of 33 points, joining Karl Malone as the only rookies in Jazz franchise history to score at least 30 points in the postseason and passing the Mailman’s record of 31 points scored on April 20, 1986 against the Dallas Mavericks.

Mitchell has nothing but spectacular in the postseason, averaging 27.5 points per game for the Jazz. His total of 110 points through his first four playoff appearances are the most by a rookie since Michael Jordan’s 117 in 1985.

But while it was Mitchell who led the rout, he got plenty of help from his teammates. Joe Ingles had his second consecutive strong outing for Utah. After breaking out of a slump by scoring 21 points in Game 3, Ingles followed it up with an equally better 20 points on Monday night.

Frenchman Rudy Gobert had 16 points and 10 boards for the Jazz while forward Derrick Favors added 13 points and 2 blocks for the winning team. Point guard Ricky Rubio missed replicating his Game 3 triple double but the Spanish court general added another piece of history to his resume on Monday night.

Rubio became the first Jazz player since Karl Malone in the 1996 Western Conference Finals against the Seattle Supersonics to post at least four games with 12 points, 5 rebounds and 5 assists in one playoff series. Rubio finished the game with 13 points, 6 rebounds and 8 assists in another brilliant all around effort.

It was also Rubio who drew Russell Westbrook’s fourth foul with one minute and 36 seconds left in the first half. At that time, the score was 50-49 in favor of the Jazz. After that, with Westbrook’s aggressiveness limited because of foul trouble, the Jazz went on a 32-17 run to pull away and build an 82-66 lead.

Carmelo Anthony, who shot just 17-41 ( 41% ) from the field in the first three games of the series, had another poor shooting night for the Thunder. Anthony went 5-17 in Game 4 and finished with just 11 points. Anthony’s current 15.3 points per game scoring average in the series is his lowest since averaging 15.0 points per game during the 2004 playoffs.

Karl Malone had 31 in 1986.#TakeNote pic.twitter.com/ku9KFELExM