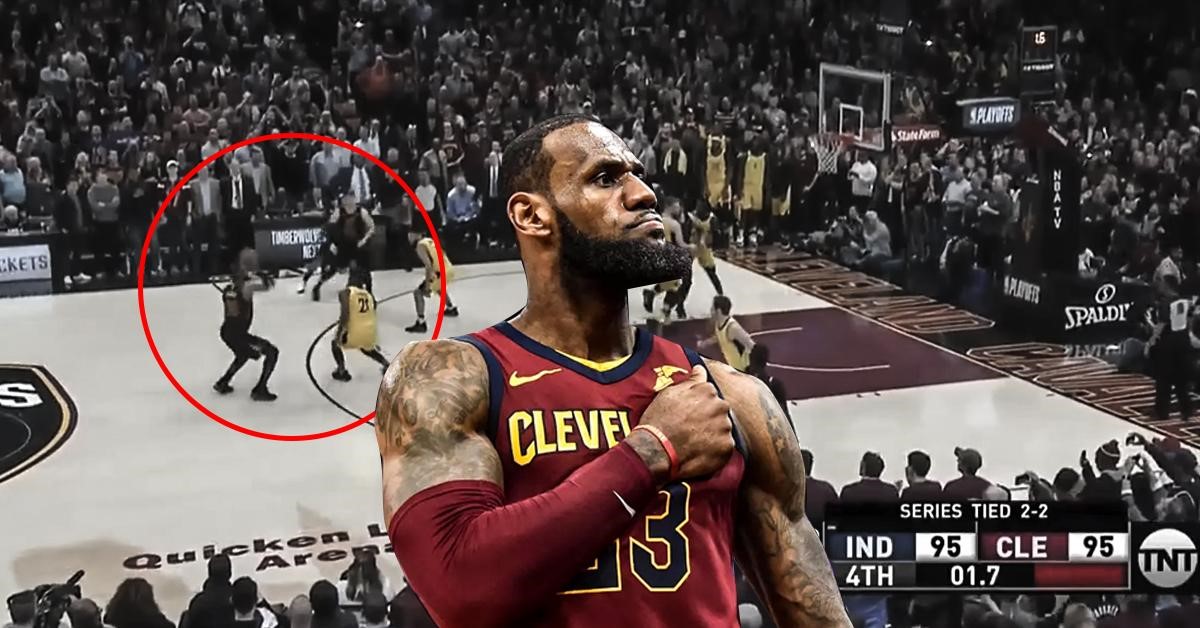 Day 12 of the NBA Playoffs: Legendary Performances by LeBron And Russ

The Eastern Conference favorites Cleveland Cavaliers and Toronto Raptors looked to take a crucial 3-2 lead in their respective first round series in Day 12 of the NBA Playoffs on Wednesday night. Also, the West’s Houston Rockets and Utah Jazz attempted to complete their conference semifinal cast as they set out to eliminate their first round foes.

It was another exciting day of NBA basketball but the night belonged to two of the league’s premier superstars who both put in incredible Game 5’s to lead their respective teams to victories. 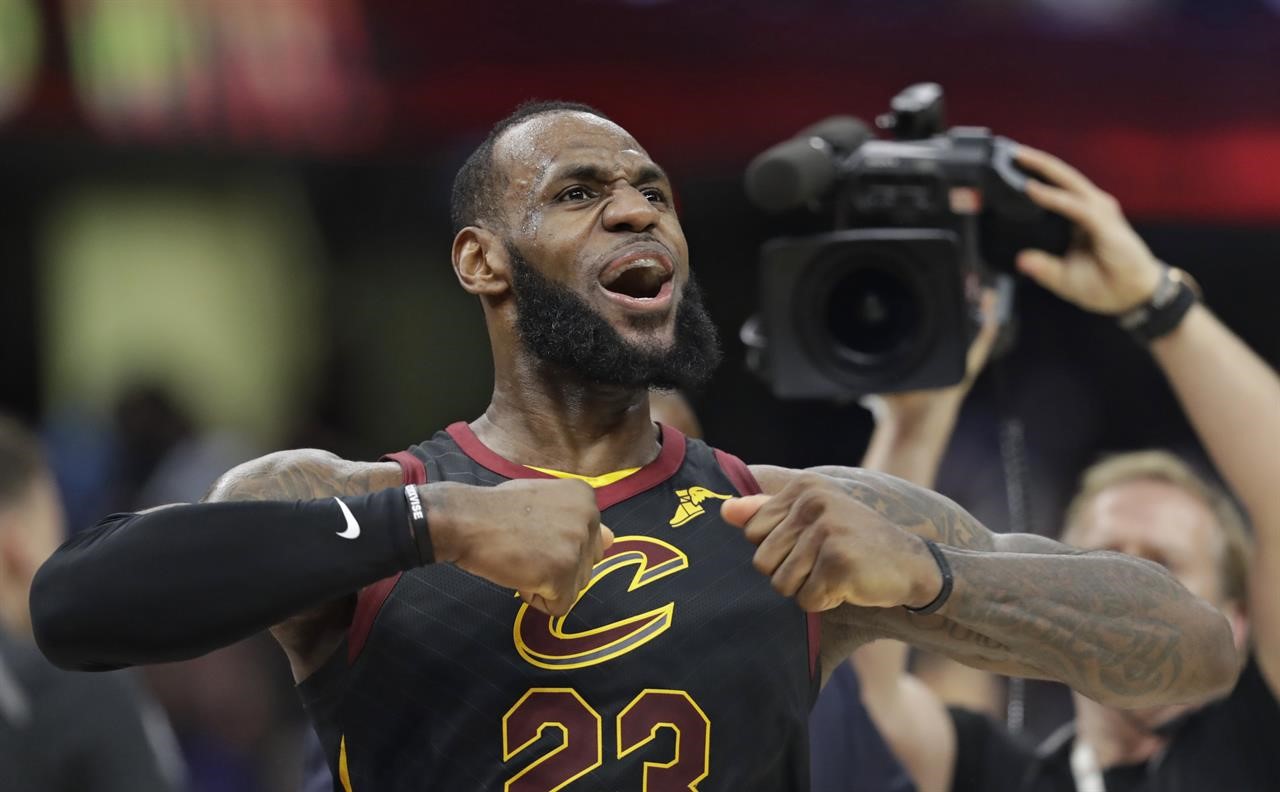 LeBron James knew that his team needed a big game from him if they were to beat the stubborn Indiana Pacers in Game 5 of their best of seven first round series. So he delivered one of his all-time best playoff performances.

James scored 44 points, grabbed 10 rebounds and issued 10 assists as the Cleveland Cavaliers finally took the lead in the series 3 games to 2. But James didn’t just fall two points short of his monster Game 1 scoring output nor miss another postseason triple double by two assists, he came up with the two biggest plays that decided the outcome of the game.

First, he came up with a gave saving block with three seconds left and then King James drilled the game winning three point basket with no time left on the clock as Cleveland escaped with a 98-95 win over Indiana in front of the Cavs’ hometown fans at the Quicken Loans Arena.

James took the inbounds pass from Jeff Green and raced to the top of the key where he launched the dagger triple. The game winner was LeBron’s fourth playoff buzzer beater in his career. Paul Pierce is the only other player in the NBA with multiple playoff buzzer beaters since LeBron arrived in the league.

According to ESPN, James is now 6-13 in go-ahead baskets in the final five seconds of the 4th quarter overtime during the playoffs. Michael Jordan, known for his playoff heroics during his era, is 5-11 on the same shots with three game winners.

James finished the first half with 20 points on 9-11 shooting. 18 of James’ first half points came inside the restricted area. That was tied for the most points he’s scored from that area in any half of his entire NBA career, regular season or playoffs.

Cleveland took control of the game with a decisive third quarter. The Cavs outscored the Pacers 32-15 in the 3rd stanza with LeBron James scoring or assisting in 27 of those points. King James poured in 15 markers in that period while dishing off four assists that led to two three pointers each by Kyle Korver and Jose Calderon. Korver had another big game with 19 points and 5 three pointers.

But Cleveland suddenly went cold in the final seven minutes of the game as they didn’t score a field goal after Kyle Korver’s three pointer with 7:19 left and prior to James’ game winner. A basket by Domantas Sabonis tied the game at 95 with 33.6 second to play.Indiana had a chance to win the game after a LeBron turnover but the King more than made up for this miscue by blocking Victor Oladipo’s layup attempt with 3 second left and nailing the buzzer beater on the other end.

LeBron James erupts for 44 PTS, 10 REB, 8 AST and sinks the game-winning triple to send the @cavs back to Indianapolis with a 3-2 series lead! #WhateverItTakes #NBAPlayoffs pic.twitter.com/uoJBesYdEQ 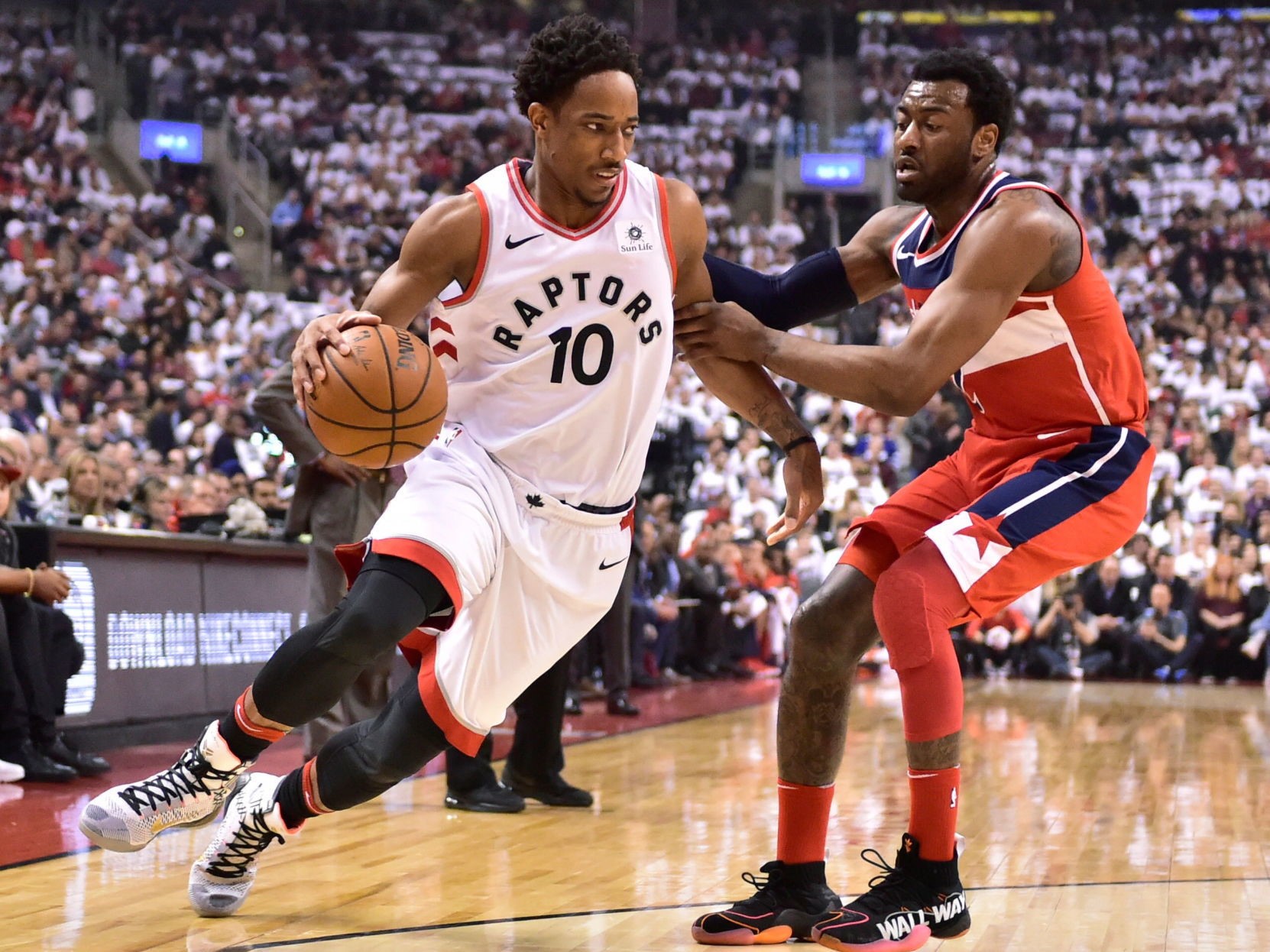 The Eastern Conference top seeded Toronto Raptors avoided a huge upset as they defeated the Washington Wizards 108-98 to open a 3-2 series lead over the Wizards.

DeMar DeRozan set the tone for the Raptors, scoring 20 points on 7-13 shooting, including 2-2 from the three point area in the first half. DeRozan would finish with 32 points for the night. It was the 14th career playoff game for DeRozan where he’s scored at least 30 points. That’s more than the rest of the players in Raptors’ franchise history who have a combined 12 such games.

Jakob Poeltl and C.J. Miles added 9 and 8 points respectively for Toronto and both played key roles during Toronto’s big run in the final five minutes of the ballgame. The Raptors bench combined to score 39 points in the game, outscoring their Washington counterparts by 12 points.

John Wall led the Wizards with 26 points while Bradley Beal ably backed him up with 20 points. But Washington’s dynamic backcourt shot only 18-41 from the floor and just 3-12 from behind the three point area. Washington also got solid contributions from Kelly Oubre (14 points ) and Marcin Gortat ( 10 points, 12 rebounds ) but they will now have to go back to D.C. on the 27th to try and force a deciding Game 7.

Westbrook Resurrects OKC Back From The Grave 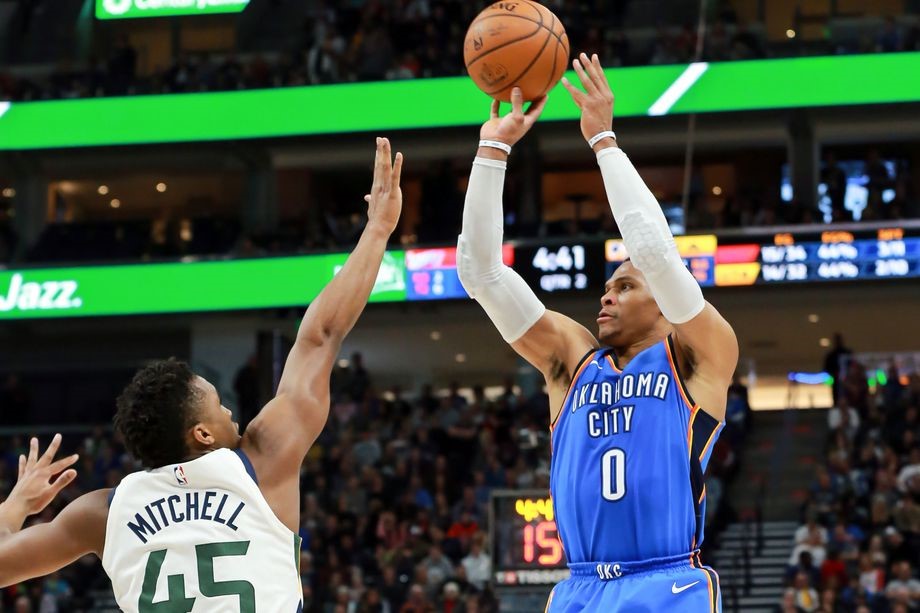 Down 1-3 in their series and down 25 points in Game 5 with eight minutes left in the third quarter, the Oklahoma City Thunder literally had one foot inside the grave. At that time, it seemed like only a superhero would be able to save the Thunder from sure elimination.

Fortunately, OKC had the reigning MVP on their side and he delivered a superhero performance worth of a place in Marvel’s Justice League. Russell Westbrook engineered a breathtaking comeback to lead the Oklahoma City back in their best of seven series with a 107-99 win in Game 5. The Thunder still trail the series 2-3 but after what happened on Wednesday night, it may be tough to derail the freight train that became of Westbrook.

Russ scored a game high 45 points on top of 15 rebounds and 7 assists to keep his team’s season alive. Westbrook shot only 17-39 from the field but he drilled 5-9 three pointers to lead the Thunder to a near improbable victory. Early on, it seemed like his efforts would go for naught, but in the third, he was playing at a different level.

After the Jazz took a 25 point lead at 71-46, the Thunder exploded with a 32-7 run to tie the game at 78 apiece at the end of three quarters. Russell Westbrook recorded a career playoff high with 20 points in the third quarter alone. This was the 2,556th time in NBA history ( playoffs and regular season ) that a team trailed by at least 25 points at some time during the third quarter. It was the first time ever that such team entered the fourth quarter with at least a tie. Westbrook also became the third player to post a statline of 45/15/5, joining Wilt Chamberlain ( 1964 ) and LeBron James ( 2012 ).

Westbrook’s superhuman effort negated a big night from Jazz reserve Jae Crowder. After averaging just 6 points through the first four games of the series, Jae Crowder erupted with 27 for the Jazz in Game 5. Crowder entered the game shooting 7-28 ( 25 % ) from the field and 4-19 ( 21% ) from the three point area. Crowder went for 9-18 in Game 5, including 6-13 from behind the three point line. 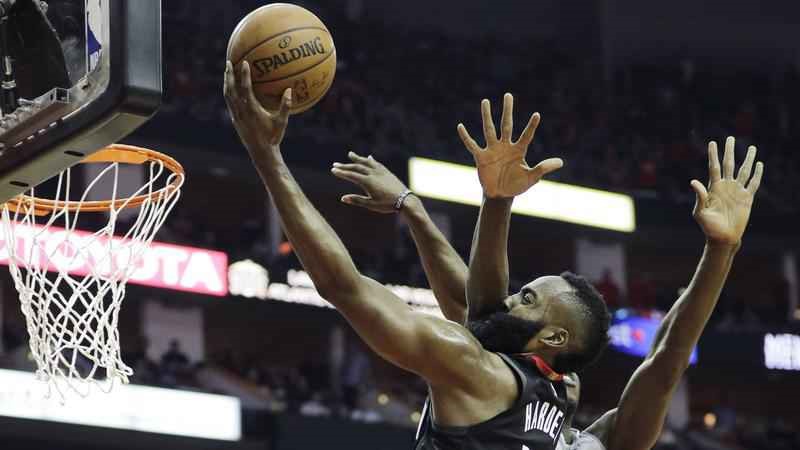 The Houston Rockets bucked another slow start from their superstar backcourt to beat the Minnesota Timberwolves 122-104 in Game 5 of their best of seven playoff series. With the win, the Rockets now advance to Round 2 where they will await the winner between the OKC-Utah series.

James Harden and Chris Paul combined to shoot just 3-16 in the first half but more than their own scoring, Houston’s bigger problem was Minnesota’s scoring. The Wolves shot 55% from the field to end the first half with a 59-55 lead. Jeff Teague led all scorers with 14 points on 5-9 shooting with three pointers. But just like in Game 4, Harden heated up in the third quarter.

The NBA’s 2018 scoring champion scored 15 points in the third quarter as Houston took control 85-74 at the end of three quarters. Harden shot just 8-21 for the whole game but he scored 24 points and issued 12 assists for the Rockets. On the other hand, Chris Paul finished with just 12 points on 6-16 shooting but the point god added 9 assists to help Houston’s cause.

Karl Anthony Towns led the Wolves with his 23 points and 14 rebounds. It was KAT’s third consecutive double double after a bad start to the series. Jamal Crawford played his best game of the series with 20 points on 8-10 shooting but Jimmy Butler scored only 8 points on just 10 field goal attempts as Minnesota’s first playoff appearance in 14 years ends in a first round elimination.

With the win, the Rockets join the New Orleans Pelicans and the Golden State Warriors in the second round of the playoffs. Only one series remains unsettled in the West while out East, only the third seeded Sixers have so far advanced to the conference semifinals.