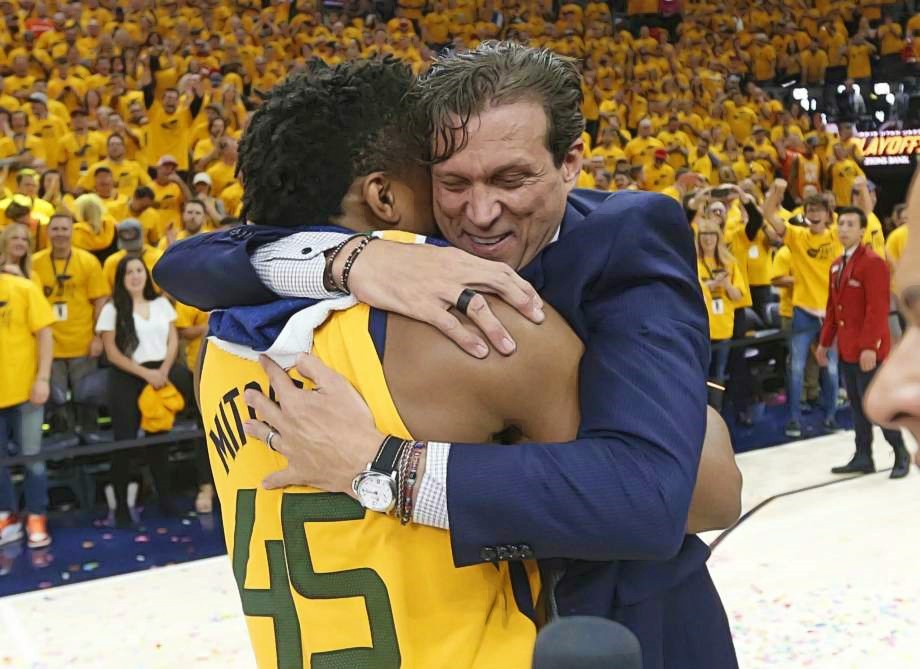 LeBron James put the stamp in Game 5. Victor Oladipo had the last say in Game 6. Now the Cleveland Cavaliers and the Indiana Pacers are headed to a Game 7 on Sunday.

With their backs against the proverbial wall and their breakthrough season on the line on Friday night, the Indiana Pacer delivered the most convincing win of the series so far.

On the other hand, the 8th seeded Washington Wizards have given the top seeded Toronto Raptors all they can handle in their own series but the Raptors dug deep - and we mean literally because it was their bench that turned the tide in the game, to finally put away stubborn Washington and move on to the second round of the playoffs.

In the night cap, the Utah Jazz bucked the injury to starting point guard Ricky Rubio and defeated the OKC Thunder in the second first round upset of this playoffs. Donovan Mitchell claimed his first playoff series win with another sensational game. 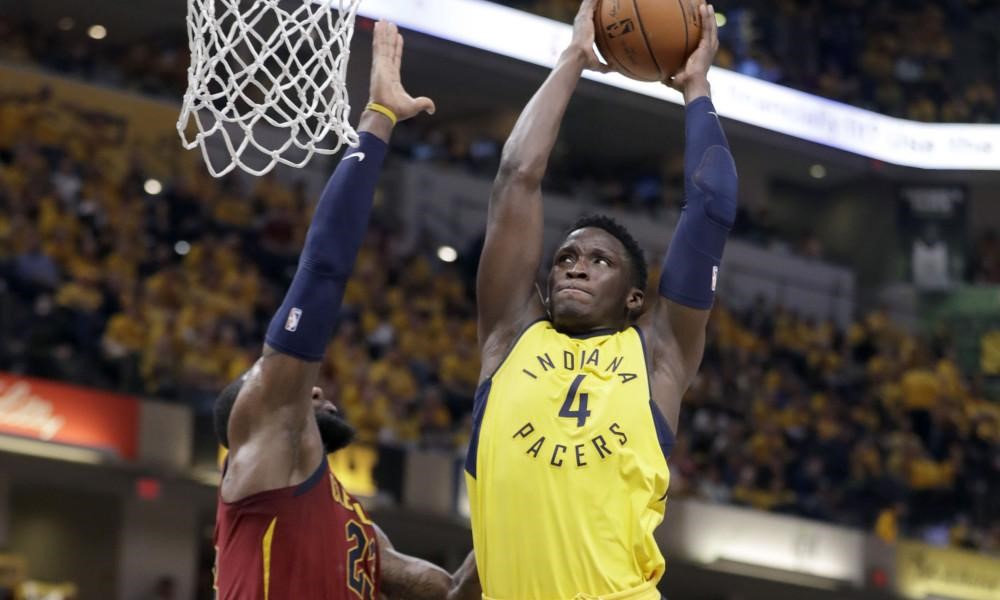 One game after LeBron James captured the imagination of basketball fans with his spectacular game winner in Game of the Cavs’ first round series against the Indiana Pacers, Cleveland’s King is treading in uncharted waters.

Before the current playoffs, LeBron James was also the King of Round One. Coming into their current series versus the Pacers, LeBron’s first round playoff record was a dominating 48-7. His record included seven sweeps in the first round and heading into Game 1 of this series, his teams ( Miami and Cleveland ) have won 21 consecutive first round series games. Since his return to Cleveland in 2015, his Cavs were an immaculate 12-0 in round one. But well, nothing lasts forever. Not basketball records.

Cleveland got blown out by the Pacers 98-80 in Game 1, marking James’ first ever loss in a first round Game 1. The Cavs managed to recover and James’ heroics in Game 5 seemed to break the Pacers’ back for good. Or so we thought.

Victimized by the LeBron James in Game 5, Pacers’ guard Victor Oladipo made sure that James would not have to opportunity to put on his superman cape again. Oladipo scored 28 point and added 14 rebounds plus 10 assists to record the first playoff triple double of his career as the Pacers steamrolled past the Cavaliers 121-87 and force a Game 7 in Cleveland on Sunday.

The 34 point blowout represents the third worst loss in LeBron James’ playoff career. The loss also marks Cleveland’s first loss ( in 14 tries ) during a closeout game since 2009. Prior to Friday, LeBron James had won 11 straight closeout games. His first round series record is 12-0 but it will be challenged on Sunday night.

James led the Cavs once again with 22 points, 5 rebounds and 7 assists but as we saw in previous games, that kind of statline hasn’t been enough to win games in this series. No other Cavs’ player scored more than 13 points in the game and the rest of the Cavs’ starters combined for just 22 points.

On the other hand, Oladipo got plenty of support from his cast. All Pacers’ starters scored in double digits while Domantas Sabonis came off the bench to add 19 points and 6 rebounds. Lance Stephenson was a second bench player in double digits with 12 points while Cory Joseph added 9 points. 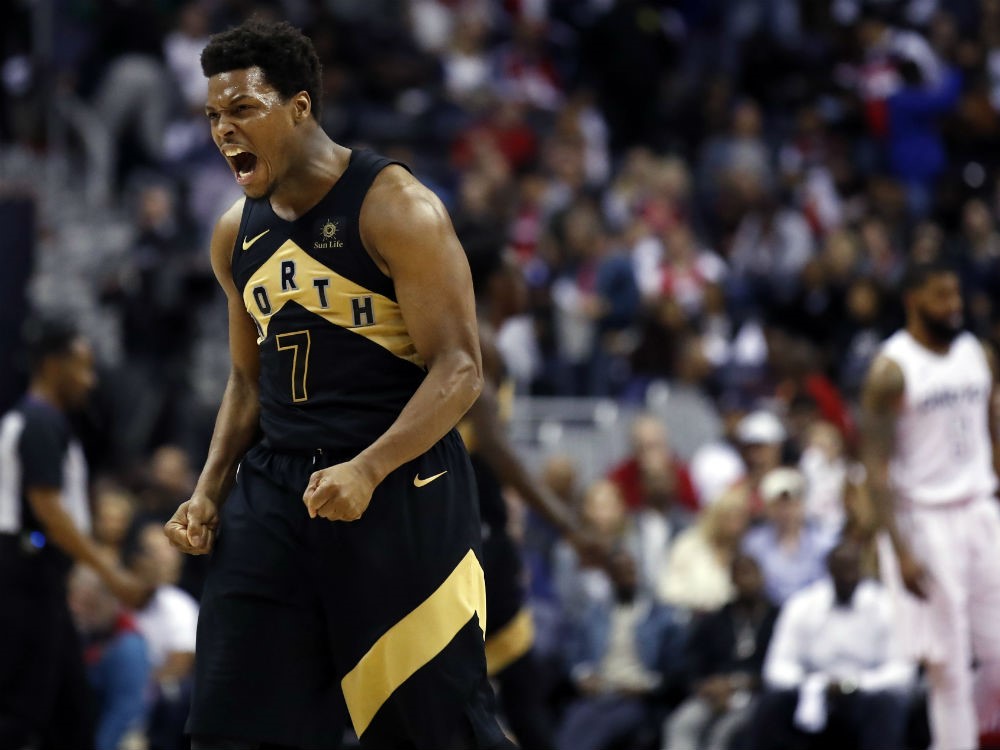 Down 12 points in the first quarter, three at the half and five at the start of the final quarter, the Toronto Raptors leaned on their reliable bench to beat the Washington Wizards 102-92 and advance to Round 2 of the 2018 NBA Playoffs.

Prior to Friday, the home team had won every game of the series and the Raptors were 0-23 when trailing at the half in a playoff game on the road. For three quarters in Game 6, it seemed like it would be 0-24. But with their bench at full strength for Game 6, the Raptors beat the odds and the Wizards.

With their superstar backcourt on the bench to start the final quarter, the Raptors’ rallied and turned the game around behind the solid play of their reserves. Boosted by the return of point guard Fred VanVleet who has played just 2:49 in the series due to a shoulder injury, Toronto outscored Washington 29-14 in the payoff period.

Van Fleet scored 5 points, grabbed 4 rebounds and issued 5 assists in 19 minutes of action. That wasn’t much statistically, but it was the spark that Toronto needed. During the regular season, the Raptors were a +352 with Van Fleet on the court. That was 2nd best for any bench player in the league and only Houston’s Eric Gordon was better at +366.

The brilliance of Toronto’s bench enabled Kyle Lowry and DeMar DeRozan to get enough rest during the game. Lowry played 31 minutes and DeRozan 33. On the other hand, the Wizards’ backcourt of John Wall and Bradley Beal played more than 40 minutes each. Lowry led the Raptors with 24 while DeRozan had a series low 16 points.

Beal paced Washington with 32 points while Wall contributed 23 points and 8 dimes. However, the Wizards played without starting shooting Forward Otto Porter Jr. who underwent a medical procedure on Friday for compartment syndrome in his left leg. Porter was averaging 10.0 points and 5.0 rebounds per game.

With the defeat, the Wizards’ run of 8 consecutive home victories in the postseason came to and end. Before Friday night’s game, only the Wizards and the defending champion Golden State Warriors ( who are 12-0 ) had not lost a home game in the last two postseasons. 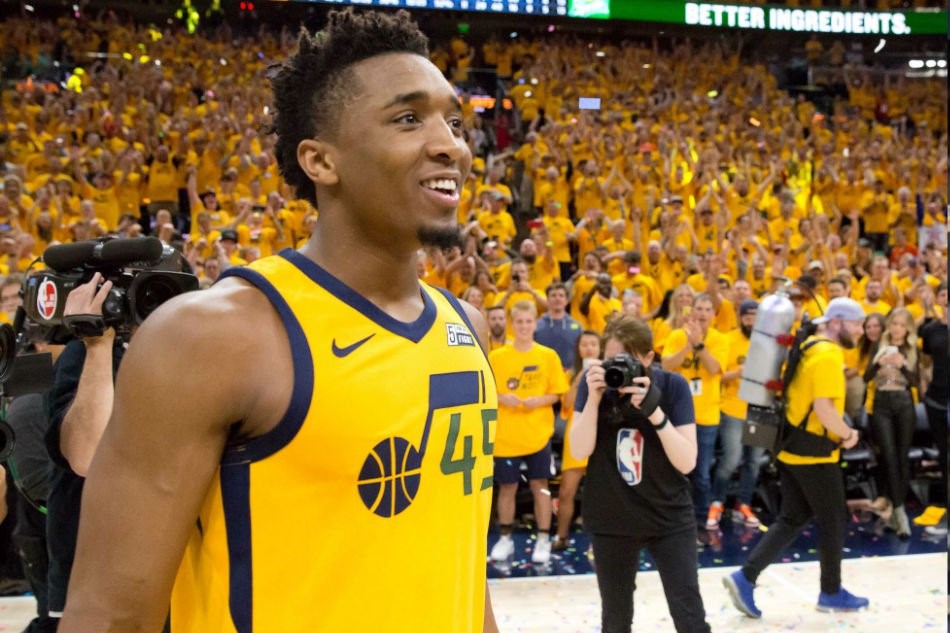 The gods gave Russell Westbrook and his Thunder every chance at sending the series to a Game 7. But if it isn’t meant to be, it’s not mean to be.

The Oklahoma City Thunder got four good three point shot attempts to tie the game in the final minute of Game 6 but none went in and the Jazz collected a hard earned but sweet 96-91 win to move to the second round of the 2018 NBA playoffs.

Donovan Mitchell scored a playoff career high 38 points to lead the 5th seeded Jazz to their second consecutive conference semifinals appearance. Mitchell’s 6 game points total of 171 points ranks third in NBA history for most points scored by a rookie in his first 6 NBA playoff games. Only Lew Alcindor ( 216 ) in 1970 and Wilt Chamberlain ( 199 ) in 1960 have scored more. Both Alcindor and Chamberlain are seven footers. Donovan Mitchell is 6-3. Only he plays bigger.

Mitchell joined Michael Jordan and Alonzo Mourning as the only NBA rookies to have multiple 30 point games in a single playoff series. Aside from that, Mitchell also joined Alcindor as the only rookie in the last 50 years to score at least 20 points in his first six playoff games.

Mitchell dueled 2017 NBA MVP Russell Westbrook in an epic third quarter shootout. Mitchell scored 22 points while Westbrook responded with 20 markers of his own as the Jazz, who struggled in the first half, took control of the game in the third. This was the first time in 20 years where 2 opposing player had at least 20 points each in one playoff quarter.

Westbrook gave it all that he had. By scoring 46 points, Westbrook became the first player in NBA postseason history to score at least 45 points in three consecutive elimination games. Westbrook tried to carry the Thunder again of Friday, but his hero ball didn’t work against a well-oiled Jazz team that played without PG Ricky Rubio.

Rubio left the game in the first quarter with a hamstring injury and didn’t return to action. The Spanish point guard was averaging 16.8 points and 7.8 assists per game in the first five games of the series. While Utah beat OKC without him, his absence could have a huge impact in Utah’s next series against the Houston Rockets.