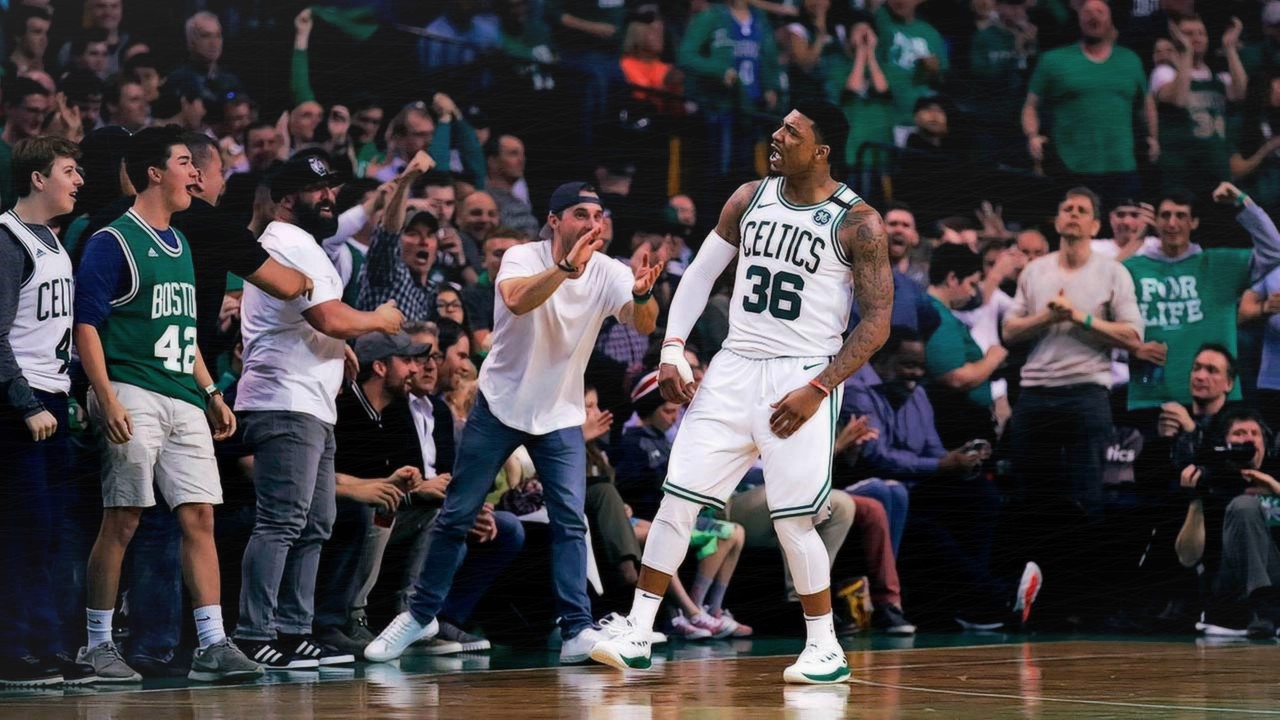 As the Golden State Warriors continued their defense of the NBA title in Round 2 of the 2018 NBA playoffs, the Boston Celtics and Milwaukee Bucks faced each other one final time this season in Boston with the winner moving on to Round 2 and the loser going home fishing. 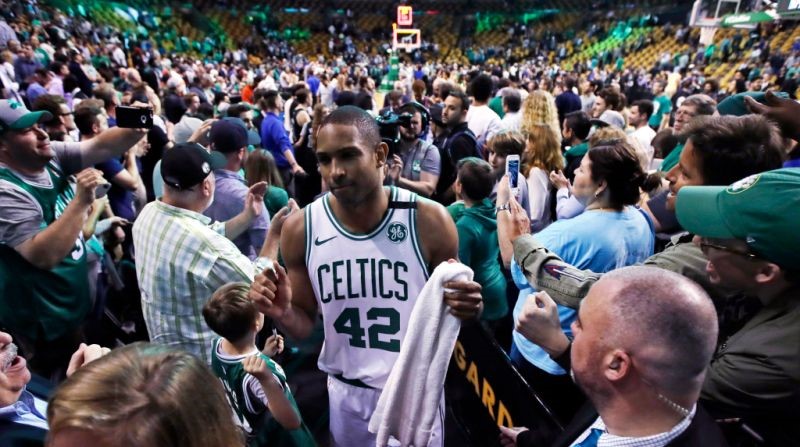 Much has been discussed about the Boston Celtics playing without their top two scores in the playoffs. To add to their woes, Boston lost Jaylen Brown - who leads the team in scoring in the playoffs, to an apparent hamstring injury during Game 7. What now, Celtics?

Well, many people forget that before the Celtics landed Kyrie Irving and signed Gordon Hayward, they already bagged an All-Star free agent two seasons ago. He may not have put up All-Star numbers in Boston, but that has never meant that he means less to the Celtics. In Game 7, he re-introduced himself.

Aside from pounding the ball down low, Boston also stopped Milwaukee’s transition game which was the key to the Bucks’ win in Game 6. The Bucks had 25 fastbreak points in Game 6 but Brad Stevens made the right adjustments in Game 7. The Celtics shut the Bucks down with zero fastbreak points.

Point guard Terry Rozier, who took over the starting unit since Kyrie Irving went down on March 11, scored a playoff career high 26 points, grabbed 6 rebounds and issued 9 assists for the Celtics.

Rozier’s three triples in the fourth quarter gave Boston a 101-82 lead and broke the game wide open. Rookie forward Jayson Tatum, who has gotten a bigger role this season with Hayward’s injury, also stepped up bigtime and scored 20 points on top of 6 rebounds and 5 assists.

Boston’s bench also came up big after Brown was injured. Marcus Morris had 10 points off the bench. Aron Baynes scored 8 points and pulled down 7 rebounds while Marcus Smart made his presence felt on defense and with hustle plays. Smart finished with 5 points, 4 rebounds, 6 assists and 3 steals.

Khris Middleton led the Bucks with 32 points and had another hot shooting night. Middleton went 11-18 from the floor including 5-9 from behind the three point line. He tried to rally the Bucks in final minutes with a barrage of threes including a four point play but it was not enough.Middleton’s series total of 25 three pointers is the second most made threes by Bucks in a playoff series. Ray Allen owns record.

Giannis Antetokounmpo did his best but could not replicate his Game 6 effort. The Greek Freak took just 17 shots in Game 7, making only seven of them. He finished with 22 points, 9 rebounds, 5 assists, 1 steal and 1 block but he and his team will have to go back to the drawing board in the offseason. 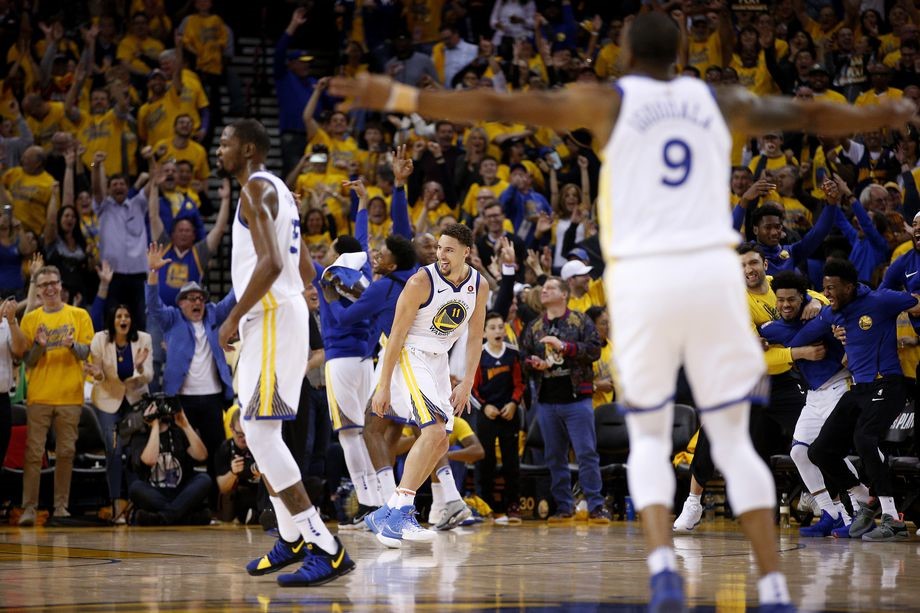 In the nightcap, the defending NBA champions Golden State Warriors made easy work of the New Orleans Pelicans 123-101 in Game 1 of the Western Conference Semifinals series.

Golden State was on fire in the second quarter, pouring 41 points on the Pelicans. They finished the quarter on a 24-6 run before Darius Miller nailed a full court Hail Mary at the buzzer. Kevin Durant and Klay Thompson had 18 points apiece at the half while Draymond Green added 12 for the Warriors who led 76-55 at the end of two quarters.

Thompson finished with 27 points with 4 three pointers while Durant added 26 markers for the champs. Aside from a big night from their starters, the Warriors bench contributed 36 points for their cause. Shaun Livingston ( 11 points ) and Quinn Cook ( 10 points ) scored in double figures off the bench.

New Orleans suffered their first loss of the playoffs. They had won 9 consecutive games dating back to their April 4 regular season win over the Memphis Grizzlies.

Anthony Davis had a double double for New Orleans with 21 points and 10 rebounds but it wasn’t the kind of dominating presence that he displayed in round one. Jrue Holiday, who averaged 27.8 points per game on 56.8% field goal shooting against the Portland Trailblazers in the first round, was held down to 11 points on 4-14 shooting by the Dubs.

Nikola Mirotic, the third force in New Orleans masterful first round performance, scored only 9 points on 3-9 shooting. Overall, the Pelicans shot just 43.8% from the field and 32.0% from behind the arc. They were also outrebounded 57-42 by the Dubs.

New Orleans has lost their last 55 games ( regular season and playoffs ) where they have trailed by at least 20 points. They trailed the game by 21 at the end of two quarters.

The scary thing for the Pelicans isn’t the final score nor how the Warriors just put a beat down on them in the second quarter but it’s that Stephen Curry could be back in the next game. Warriors coach Steve Kerr said before Game 1 that Curry ‘is very likely’ to play in Game 2.