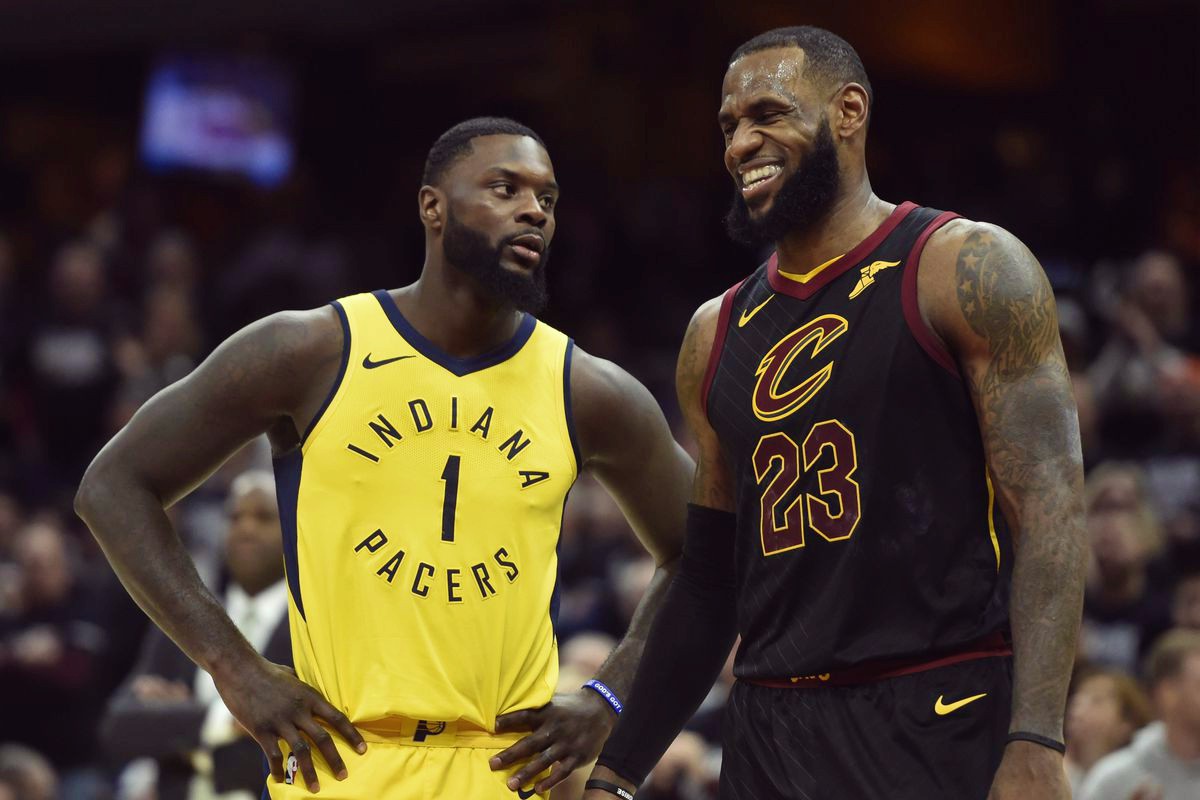 Day 16 Of The NBA Playoffs: Cavs Outlast Pacers in Game 7

Seven teams are already through to the second round of the playoffs. In fact, the Warriors and Pelicans had already started their second round series.

But the Cleveland Cavaliers were still fighting for their playoff life on Sunday. Playing at home against the Indiana Pacers in Game 7 of their first round series, the Cavs were hoping to help LeBron James avoid his first ever first round exit. Victor Oladipo and the Pacers were poised to do otherwise.

King James Does It Again 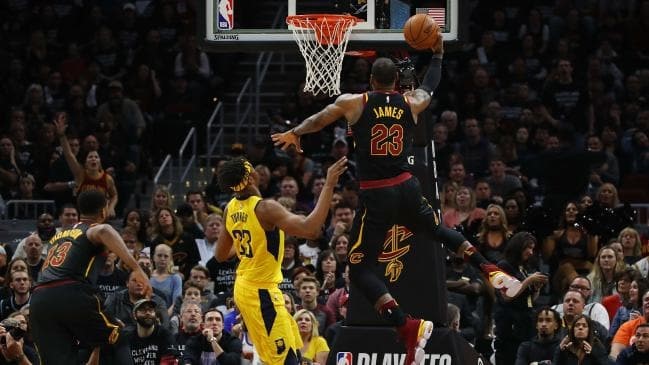 Before Game 7 began, the biggest question asked was how much does LeBron James have left in the tank after almost single-handedly carrying his Cavaliers in the first six games of their first round series against the Indiana Pacers.

King James answered that question on Sunday: At least one more game.

James had 45 points, 9 rebounds, 7 assists and 4 steals as he avoided his first ever first round exit by leading the Cavs to a 105-101 win over the Pacers in Cleveland.

LeBron James entered the game with the second highest career scoring average in a Game 7. King James’ 33.2 points per game in six Game 7s played ranks only second to Michael Jordan’s 33.7. And in a game where his team needed him the most, James delivered yet another masterful performance.

James made first 7 baskets including 3-3 from the three point area. He finished the first quarter with 15 points and had 26 of his team’s 54 first half points. His 26 points at the half represented the most points in a first half of a Game 7 since Paul Pierce scored 26 in 2008. It also enabled him to become the first player in NBA history to score 20+ points in 200 playoff games.

At the end of the game, James duplicated his 2008 Eastern Conference semifinals Game 7 performance against the Boston Celtics with 45 points. That’s the 4th highest individual scoring effort in any Game 7 in NBA history and the second highest ever in a Game 7 victory. James also passed Scottie Pippen as the NBA’s playoff all-time leader in steals on Sunday.

It was a sorry loss for the young Pacers who gave LeBron and his Cavs everything they could handle in the first round of the playoffs. Victor Oladipo shook off a slow start to finish with 30 points, 12 rebounds and 6 assists. Oladipo’s backcourt partner Darren Collison added 23 markers.

But while Indiana’s starting backcourt did their part, the rest of the team succumbed to the pressure of playing their first ever Game 7 as a team.Bojan Bogdanovic managed to score only 3 points on 1-9 shooting while Myles Turner scored just 8 points on 3 shots and fouled out in the fourth quarter.

Indiana got off to the worst Game 7 start since 2014. They missed six shots before making their first field goal. The last team to start 0-6 or worse in Game 7 was Pacers in 2014 who beat Atlanta 92-80 in first round. 16-4 run to begin the third to go up 59-58 and led as much as three points before Cleveland took over for good.

The Cavs now move on to face the Toronto Raptors in Round 2 of the playoffs. Game 1 of that series begins on Wednesday, May 2 at the Air Canada Centre in Toronto. Once again, the biggest question heading to that series is how much longer can LeBron James sustain the pace that he is currently playing.

Rockets Blow Past Jazz in Game 1

In the second game of the day, the top seeded Houston Rockets blew past the Utah Jazz 110-96 in Game 1 of their best of seven second round series.

The well-rested Rockets led the game from start to finish behind a ‘casual’ 40-point effort from top MVP candidate James Harden who had a game high 41 points. Harden shot just 12-26 from the floor but he was 7-12 from behind the three point line. The Beard also added 8 rebounds and 7 assists for the Rockets.

Houston led by 13 at the end of one quarter with Harden and Chris Paul combining for 21 points which equalled Utah’s output for the 1st period. The Rockets made scoring look easy against the #1 defense in the NBA by scoring 64 first half points while holding down Utah to just 39 after two quarters.

The Rockets also had a field day against the universally recognized best defensive player in the league in Rudy Gobert. Houston was 8-9 ( 89% ) shooting against Gobert within three feet from the basket. The Rockets also held Gobert without a blocked shot in one game for the first time this season.

That 25 point halftime lead was the highest the Rockets have established in these playoffs and represents the third largest in the franchise’s postseason history. Houston’s Big 3 of Harden, Paul and Clint Capela combined for 48 points, 14 rebounds and 10 assists at halftime.

Harden and Paul combined to score or assists on 89 of Houston’s total point production. That’s the most ever they’ve combined as teammates. Interestingly though, they only have three assists to each other during these playoffs, none on Sunday.

The Jazz, who had just wrapped up their first round series late on Friday night, looked sluggish to start the game and fell behind big early. They managed to cut the lead to 11 in the fourth but Harden scored 8 points in the final 2:19 to finish off the visiting squad.

Rookie Donovan Mitchell and Jae Crowder both had 21 points each for the Jazz, who played without starting point guard Ricky Rubio who sat out the game with a left hamstring strain. Royce O’Neal started in Rubio’s place but it was Mitchell who took most of the playmaking chores for Utah.

The Jazz get another crack at stealing home court advantage when the teams play again on May 3 at Houston for Game 2 of the series.