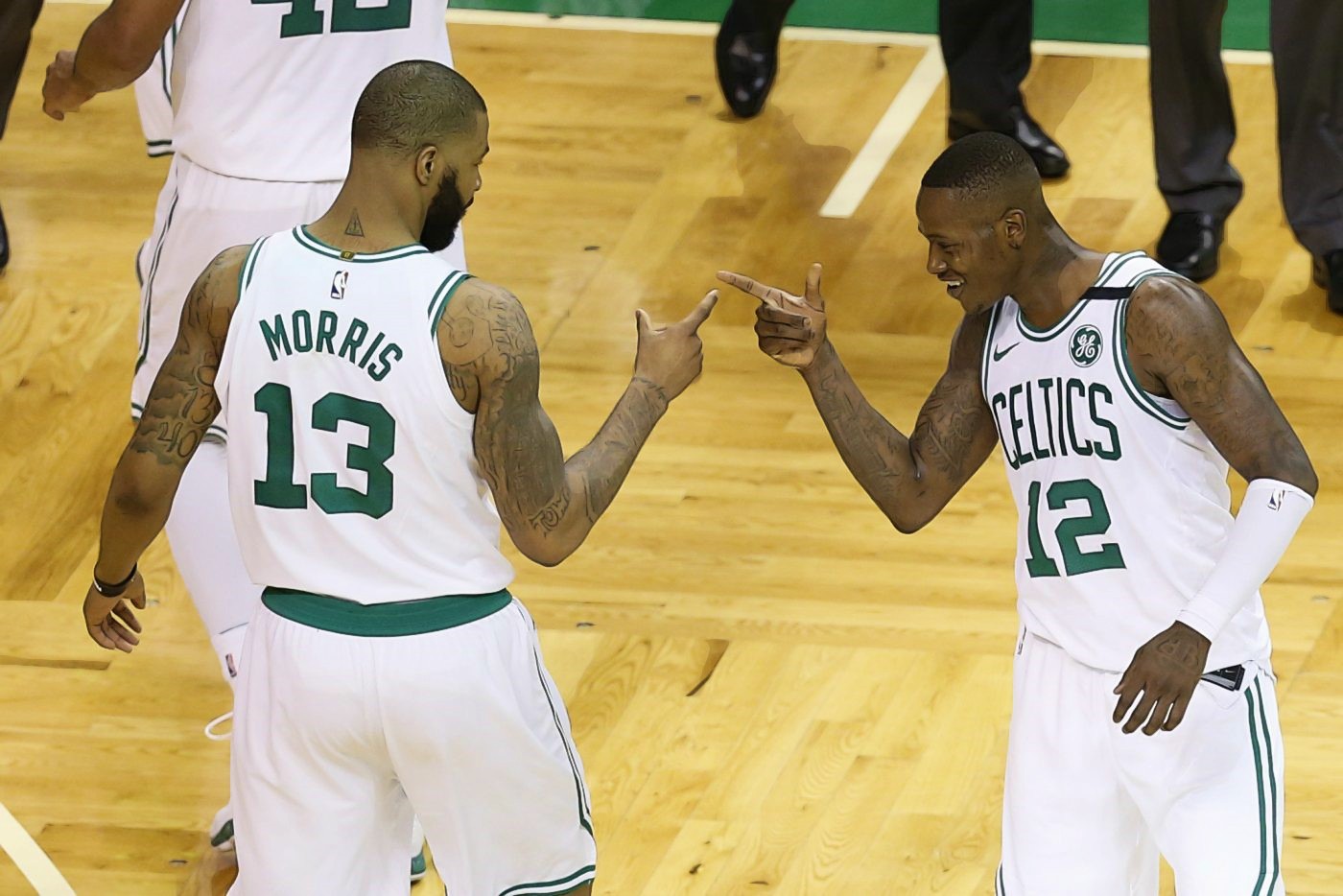 Day 17 of NBA Playoffs: Plug and Play Beats The Process

Not sure whether it was Philadelphia not playing basketball in six days or Brad Stevens is a genius but the Boston Celtics put the cuffs on the hottest team in the NBA to win Game 1 via blowout, 117-101.

Despite playing without All-Star players Gordon Hayward since the opening game of the regular season, Kyrie Irving since the start of the playoffs and losing playoff leading scorer Jaylen Brown in Game 7 of their first round series against the Milwaukee Bucks last Saturday, the Boston Celtics proceeded to put a beating on the red hot Philadelphia 76ers in Game 1 of the Best of Seven Eastern Conference Semifinals series.

Boston played the game without sophomore forward Jaylen Brown who continued to battle a right hamstring pain. Brown suffered the injury in the second quarter of Game 7 against the Milwaukee Bucks. According to Celtics coach Brad Stevens, Brown tried to convince trainers to allow him to play on Monday but just as Stevens decided to err on the side of caution in Game 7 of the previous series, the team decided not to play Brown.

The Sixers blitzed the Miami Heat 4-1 in their first round series and spent almost one week waiting for their next playoff opponent. Coming to Game 1 against the Celtics, the Sixers had just lost once since March 14th and that was in Game 2 of the Miami series when Dwyane Wade turned back the hands of time. 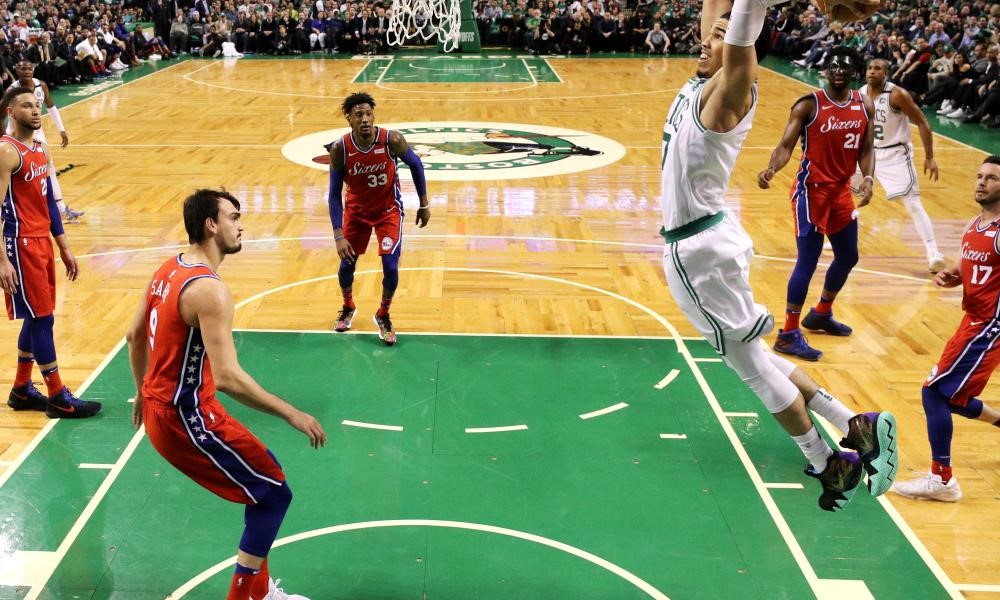 The Celtics meanwhile, had to go through the proverbial eye of the needle to dispose of the tough challenger brought by the Milwaukee Bucks and the Greek Freak, Giannis Antetokounmpo. Boston only finished their series last Saturday and two days later, they were playing the well rested Sixers in Game 1 of the second round. But no rest, no problem. No Kyrie, No Hayward and No Jaylen Brown, no problem. Welcome to Play and Plug basketball, courtesy of Brad Stevens.

The Celtics bench tactician only had a few players at his disposal, but he still had plenty of tricks under his sleeves. After starting with rookie Semi Ojeleye in the last couple of games, Stevens started the big and tough Aron Baynes alongside Al Horford in Game 1. Baynes didn’t put in handsome numbers but he made two three pointers, grabbed 6 rebounds and played excellent defense on the court.

Meanwhile, Stevens also got big productions from his new Big Three in Al Horford, Terry Rozier and Jayson Tatum. Horford, who re-introduced himself in Game 7 against the Bucks, had 26 points, 7 rebounds and 4 assists for the Celtics. Terry Rozier, who torched the Bucks all series long in round one, continued to burn the nets with a game high 29 points, including 7-9 from behind the three point line.

But it was probably rookie Jayson Tatum who surprised the Sixers by playing his best game not just of the playoffs but of his young NBA career. The 3rd pick of the 2018 NBA Draft scored a career high 28 points on 8-16 shooting including 11-12 from the foul line. He became the first Celtics rookie to score 28 points in a playoff game since Larry Bird in 1980. Tatum is also the second rookie in the last 20 seasons to have three consecutive playoff games with at least 20 points, the other being Donovan Mitchell of the Utah Jazz who has 7 such games. 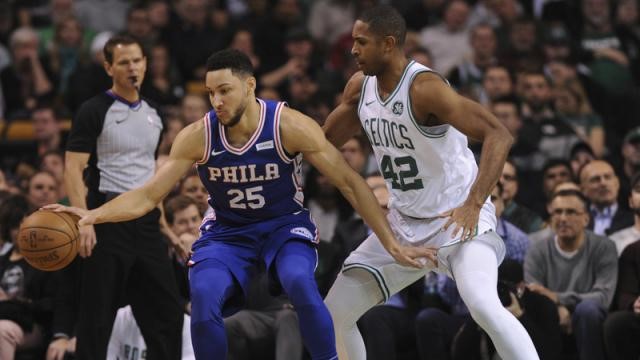 Tatum was so good in Game 1 that it looked like he was Rookie of the Year against the favorite Ben Simmons. Tatum not only outplayed Simmons on the bigger stage but he displayed the poise and character of a clutch performer, unlike Simmons who played, well - like a rookie against the Boston defense.

During the regular season, the Sixers’ offense averaged only 81.3 points per 100 possessions when Al Horford was matched up with Ben Simmons. That’s the second lowest output for the Philadelphia offensive efficiency when sorted by Ben Simmons’ defender ( minimum of 50 matchups ).

So it didn’t come as a surprise that Brad Stevens put Horford as Simmons’ primary defender to start the game. As a result, Simmons only had 8 points, 1 rebound, 2 assists in the first half. Not only that, he also had 4 turnovers and was a -14 when he was on the floor for the Sixers.

Sure, Simmons finished with his usual pretty boy numbers with 18 points, 7 rebounds and 7 assists but most of those came when the Celtics already had a sizeable lead and had gotten their offensive rhythm going. With Simmons struggling like hell against Horford, his playmaking was a non-factor in Game 1 and as a result, the Sixers’ offense was very out of sync. 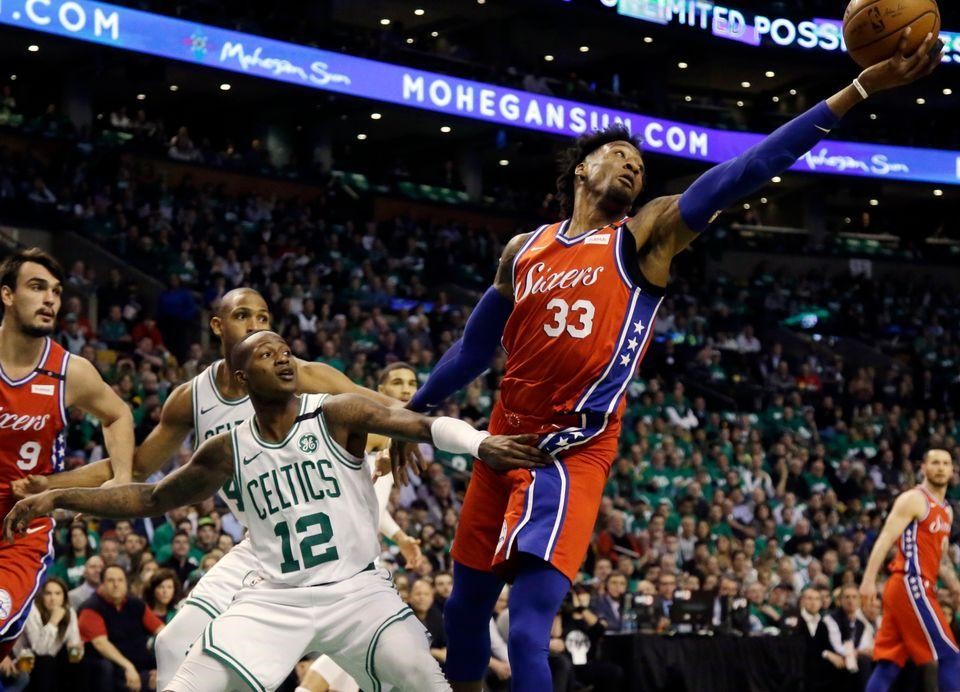 Brett Brown’s dreaded United Nations line-up used to be the five that carried his team to 20 wins in their last 21 games, including the regular season. But Marco Belinelli, who leads the playoffs in bench scoring with 16.6 points per game, was limited to 11 points on 3-9 shooting from the field. Ersan Ilyasova shot 2-9 and only had 6 points while Dario Saric scored 12 points but was 0-4 from behind the arc. Robert Covington only had 3 points and he was 0-4 from the three point area.

Boston didn’t just play the young Sixers very physical on defense, they also slowed down the game knowing they didn’t have the offensive firepower to match Philadelphia given the players they were without. Meanwhile, Boston’s defensive stops made them more comfortable on offense.

People talk about the Lakers vs Celtics rivalry, the Bulls vs Pistons battles in the 90’s and in recent times, the Warriors vs Cavaliers meeting in the NBA Finals three seasons in a row. But while those are the rivalries that most people talk about, this is a rivalry that runs deeper than all of those we mentioned.

Among those three rivalries we mentioned, the Lakers vs Celtics have faced each other the most times at 12. But that’s not the most for any two teams in the history of the NBA. The record belongs to the Boston Celtics and the Philadelphia 76ers, who aren’t just Eastern Conference rivals but also Atlantic Division opponents.

The Celtics and Sixers have faced each other a total of 19 times in the NBA postseason, the most series’ matchup between two NBA teams. The Celtics lead the all-time series at 12-7 and this year’s 2018 NBA Eastern Conference Eastern Semifinals is the 20th installment of this rivalry. The winner of this playoff rivalry has gone on to win 10 NBA titles in the past.

This is Philadelphia’s first trip to the playoffs since 2012. That season was also the last time the Sixers advanced to the Eastern Conference Semifinals. Their opponent? The Boston Celtics. The C’s beat the Sixers in 7 games. That was a long time ago though as the Celtics still had the likes of Paul Pierce, Kevin Garnett, Ray Allen and Rajon Rondo on their team. On the other hand, Andre Iguodala and Jrue Holiday were still with the Sixers.