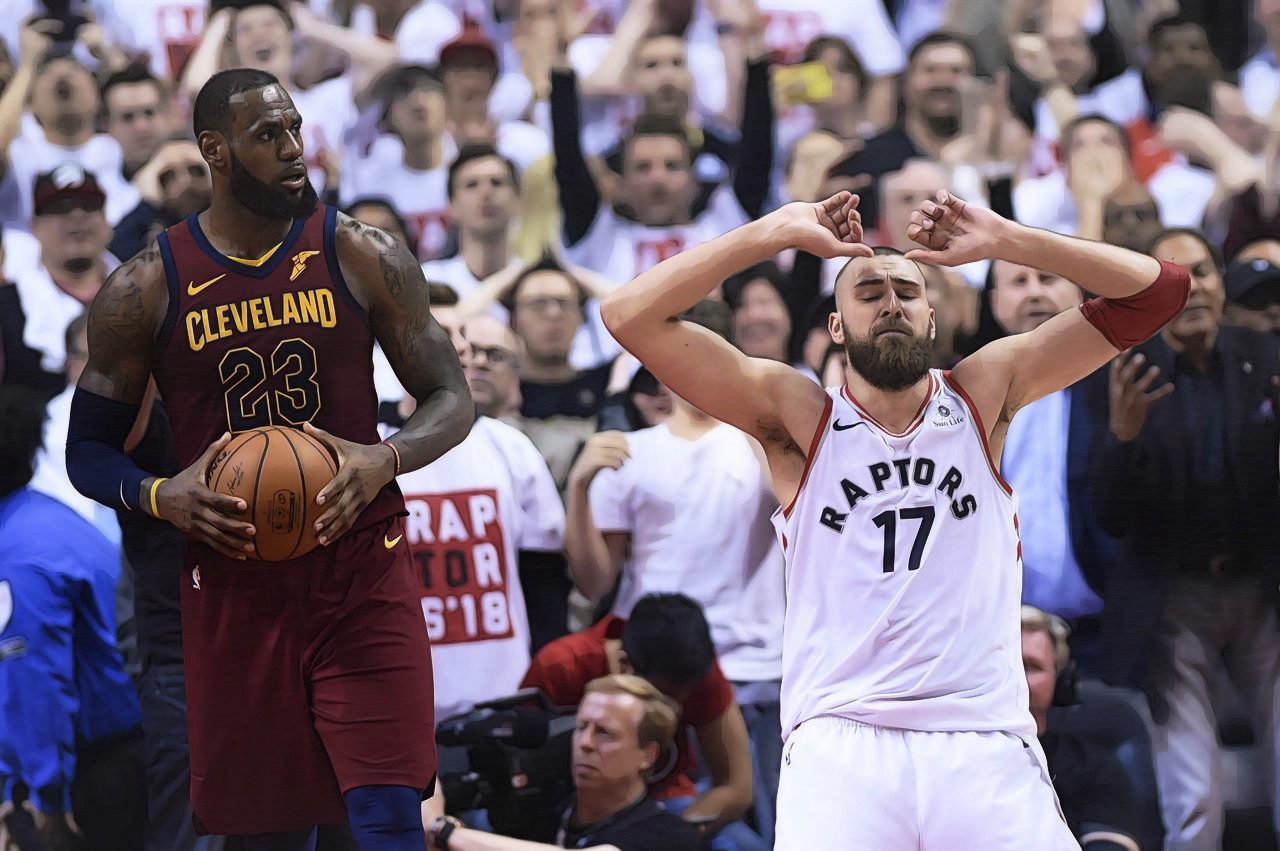 The Cleveland Cavaliers entered Game 1 of their second round series against the Toronto Raptors as the underdogs on the road. But knowing that Cleveland has the best player on the planet on their side, impossible is really nothing. Just ask the Raptors.

Cavs Steal Game One From Raptors 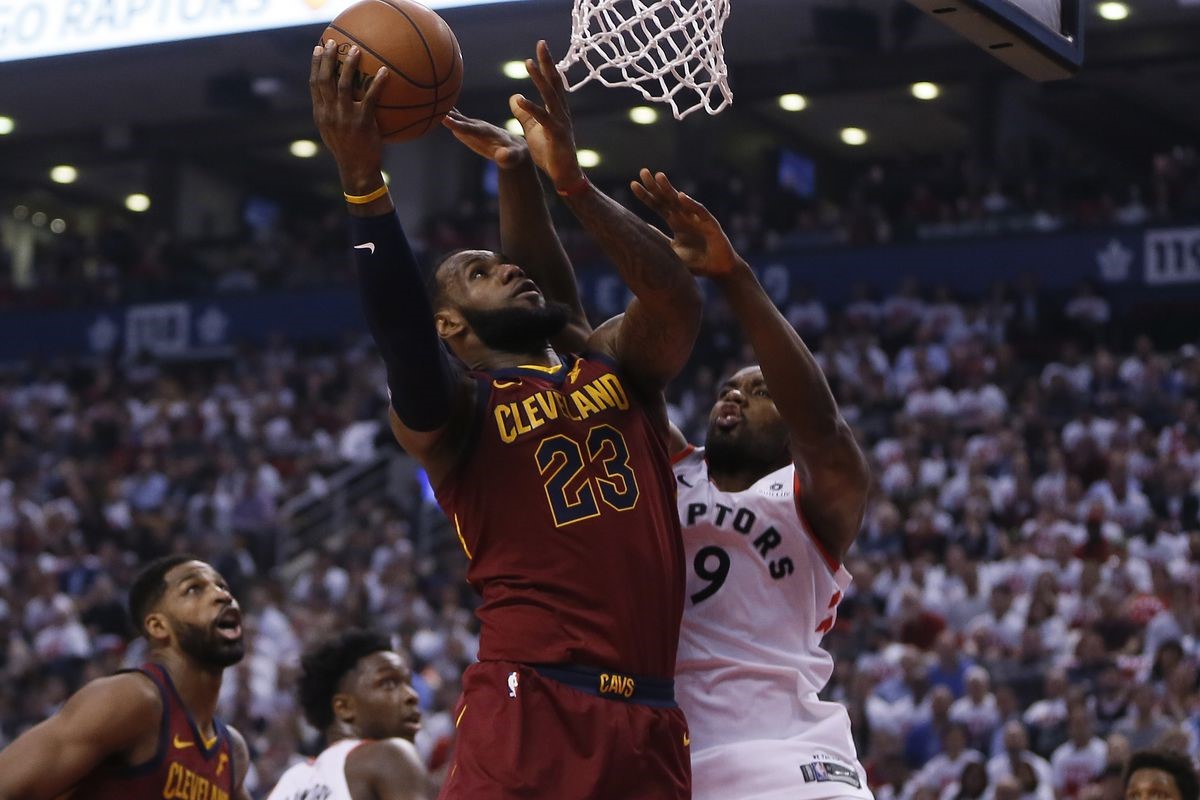 You can say what you want about the Cleveland Cavaliers and their struggles this season. But the bottomline is that the Cavs have been able to get the job done, so far.

For Cleveland, the 2018 Playoffs has been about the incredible postseason play of LeBron James. But in Game 1 of the Cavaliers’ Eastern Conference semifinals against the Toronto Raptors on Tuesday night in Toronto, they stole a victory without James hitting the winning baskets.

Sure, it was King James who sent the game to an extra period, but during OT, it was Kyle Korver and J,.R. Smith who hit the decisive three pointers that enabled the Cavs to escape with a pulsating 113-112 win over the Raptors.
.
James finished with 26 points, 11 rebounds, 13 assists, 1 steal and 2 blocks. With that statline, King James posted his 2nd triple double of this postseason and the 21st overall in his playoff career, second most overall behind Magic Johnson who had 30 career playoff triple doubles.

Finally Getting Help From His Friends

James scored ‘just’ 11 points in the first half. It was the first time during these 2018 playoffs that James did not lead the Cavs in scoring at the end of the first half. But while he started slow, he finished better. James sent the game to overtime with a fadeaway jumper with 18.5 seconds left that tied the game at 105-all.

In the overtime period, James did not score but he assisted on the two huge three pointers made by Kyle Korver and J.R. Smith. Korver’s three gave the Cavs their first lead of the game at 108-105 while Smith’s triple gave the Cavs a 111-107 cushion after DeMar DeRozan hit a 21 footer to cut the Cleveland lead down to one.

J.R. Smith scored 20 points on 5-6 three point shooting while Kyle Korver added 19 on 5-12 shooting from behind the arc. Jeff Green also had 14 points for Cleveland while Tristan Thompson had his second big game with 14 points and 12 boards.

The game marked the first time in LeBron James’ career that his team has won a playoff game despite trailing for the full 48 minutes of the regulation period. The Cavs also become the 2nd team in the last 20 postseasons to win a playoff game despite never taking a lead during regulation. The last team to accomplish the feat was the Dallas Mavericks vs the Oklahoma City Thunder in 2011.

DeMar DeRozan led the Raptors with 22 points, 7 rebounds and 5 assists. But after giving the Raptors a 102-99 lead on a floater, he did not score again until 4:05 of the overtime period or when the Cavs were up for the first time in the game at 108-105.

Jonas Valanciunas had a monster night for the Raptors with 21 points and 21 rebounds in 34 minutes of action. He had a big third quarter with 13 points and 8 rebounds in the period but he missed six of seven attempts in the fatal fourth quarter where the Raptors missed 19 of 24 field goal attempts.

Kyle Lowry added 18 points and 10 assists on 6-12 shooting from the floor. Lowry has been historically bad in Game 1s. He’s won just one Game 1 in seven games played and that game was during this year’s first round series against the Washington Wizards.

It was a sorry loss for the Raptors who opened the game strong and were in control of the game until the final four minutes of the fourth quarter. The Raptors went ice cold from there as they missed their last 11 shots of the fourth quarter and they went 3-18 from the field, including 0-5 from behind the three point line in the final four minutes and overtime combined.

Both Sides Of History

The Cavs were pegged as the underdogs against the Raptors before Game 1. This marks the first time that a LeBron James led team has been a betting underdog in a playoff series since the 2008 Eastern Conference Finals. The Cavs lost that series.

Another piece of history though says that the Cavs ‘own’ the Raptors in the postseason. Cleveland is the team that eliminated Toronto in the previous two season. The Cavs beat them in six games during the 2016 Eastern Conference Finals and swept them in the Eastern Conference Semifinals last season.

As to which part of history holds for this series though, remains to be seen. But the Cavs have certainly served notice on Tuesday night.

Steph Curry Returns Like He Never Left At All 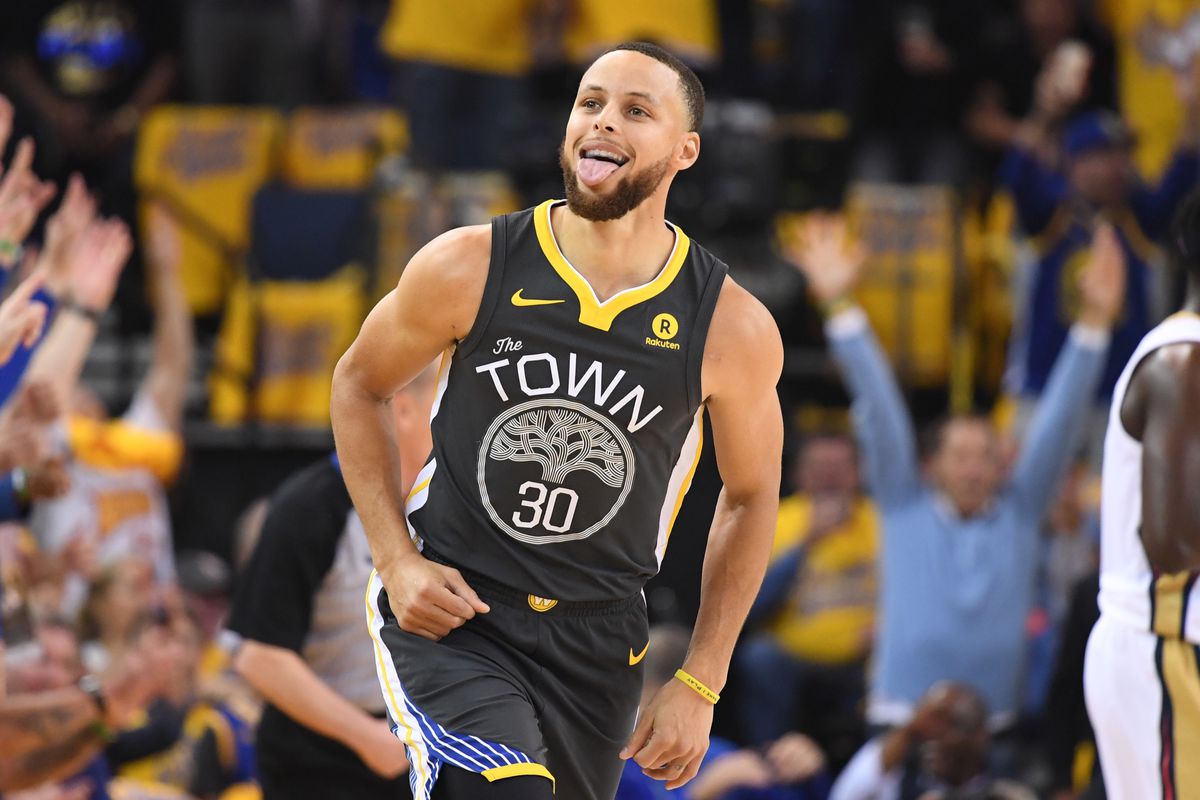 Stephen Curry played his first playoff game of the season and his first first NBA game in nearly six weeks but the Golden State Warriors’ two-time MVP returned like he never left at all.

Coming off the bench, Curry scored 28 points including five three pointers as the Dubs held off a stubborn New Orleans Pelicans team 121-116 on Tuesday night to take a 2-0 lead in their Best of Seven second round series.

Curry has a team high 12 points while coming off the bench for the Dubs. Golden State assisted on 21 assists on 25 field goals made in the first half. Klay Thompson, who struggled with his shooting at 4-20 from the field on 10 points, beat the second quarter buzzer with a three point shot off the glass as the defending champs took a 58-55 lead at the intermission. Both teams traded back and forth in the third quarter and the Dubs were just up by two at the end of three.

However, Draymond Green hit back to back threes to start the fourth as Warriors opened an 8 point lead that they would never relinquish. Green barely missed his second straight playoff triple double with 20 points, 9 rebounds, 12 assists, 1 steal and 2 blocked shots.

Kevin Durant led the Warriors with 29 points on 11-23 shooting including just 2-7 from behind the three point line. KD poured in 15 of his points in the decisive fourth quarter where the Dubs established double digit leads. Durant has struggled with his three point shooting in the 2018 playoffs, shooting just 28.3% thru the first six games of the postseason.

The Pelicans played much better than they did in Game 1. They kept the game close all throughout and in fact never fell behind by more than five points in quarter scoring. However, despite putting up a good stand, they still came up short - thanks largely to Stephen Curry’s triumphant return.

Anthony Davis led the Pelicans with 25 points and 15 rebounds while Jrue Holiday added 24 points, 8 rebounds and 8 assists for the Western Conference’s 6th seed. New Orleans also got a big game from Rajon Rondo who had his best offensive night of the 2018 playoffs with 22 points and 12 assists.

Still, better was not good enough to bump off the defending NBA champions who displayed impeccable teamwork and deadly firepower from various sources. The return of Curry has made the Warriors deadlier than ever moving forward. So much for the struggles that made people believe that the Warriors are at their most vulnerable during their three year dominance of the NBA.