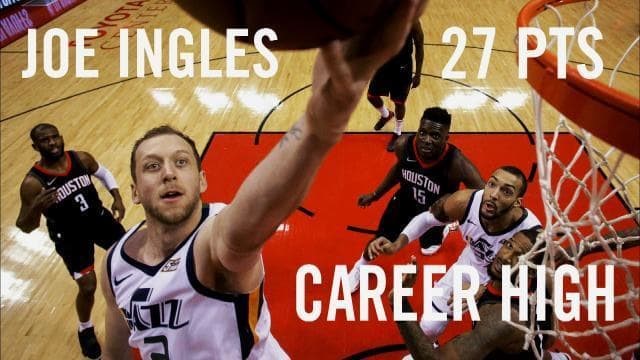 The Utah Jazz slayed a dragon in Round 1 of the playoffs when they ousted the Oklahoma City Thunder and their Big Three of Russell Westbrook, Paul George and Carmelo Anthony. Going into their second round series with the Houston Rockets, nobody knew what to expect of Utah.

Sure, the Jazz are good and have been playing better in the playoffs but they were up against a team that lost just 17 of 82 games during the regular season and who were beaten just 7 times in 41 games at their home floor. Utah lost Game 1 to Houston to the tune of 110-96, in a game that was never close and was virtually a no-contest. 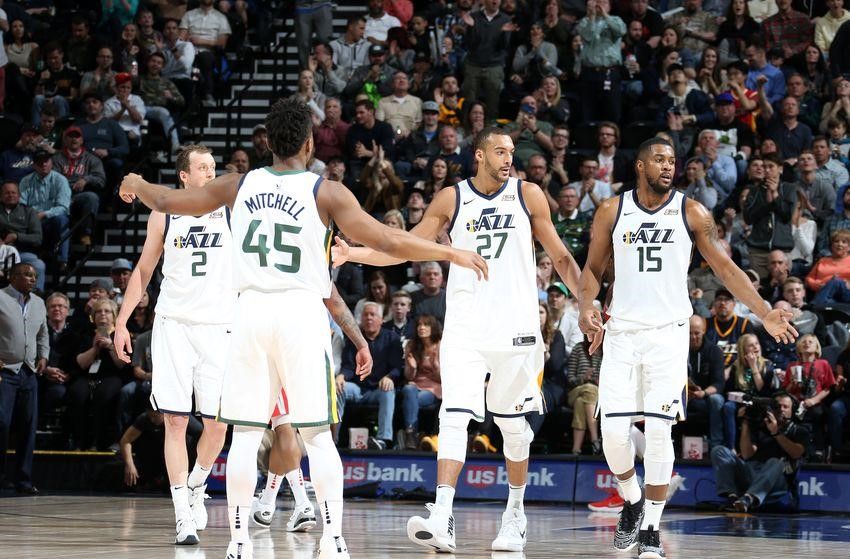 But the numbers didn’t discourage the Jazz. Instead they came to Houston in Game 2 with the mindset of stealing one from Utah and taking home court advantage over the best team in the NBA. Utah was playing without starting PG Ricky Rubio who was out with a hamstring injury for the second straight game.

No Rubio, no problem for Utah as rookie sensation Donovan Mitchell took over the playmaking chores for the Jazz. With Mitchell getting his teammates involved on offense, the Jazz got plenty of firepower from other sources. It was a total team effort for Utah on Wednesday night.

Seven Jazz players scored in double digits including Derrick Favors ( 10 pts ), Jae Crowder ( 15 points ) and Alec Burks ( 17 points ). But it was the career night from Australian forward Joe Ingles that really burned the Rockets in Game 2 as the Jazz took the victory, 116-108 to tie their series at one game apiece. 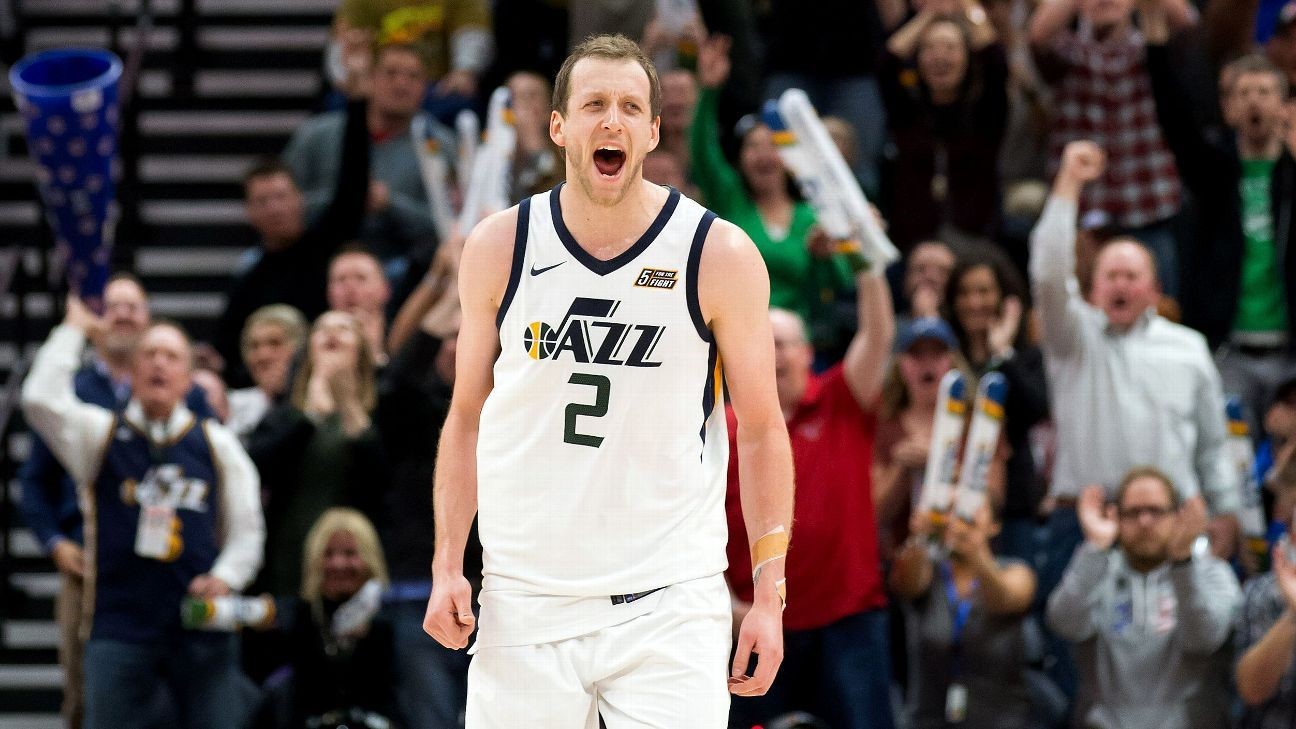 The Jazz took an early 36-28 lead over the Rockets in the first quarter behind the game high 11 points of Joe Ingles. The Rockets fired back in the next quarter as James Harden took the fight to the Jazz. But despite Harden pouring in 17 points in the second quarter, the Jazz took a 64-55 lead at the half. Mitchell, Ingles and Gobert combined for 34 points at the half as the Jazz buried a franchise playoff record of 8 three pointers at the break.

Joe Ingles led the Jazz attack with a career high 27 points. The left handed Aussie forward shot a red hot 10-13 from the floor including 7-9 from behind the three point arc. Prior to Wednesday, Ingles was averaging just 14.3 points per game for the Jazz although he scored 21 and 20 points during Utah’s Game 3 & 4 ( respectively ) wins over the Oklahoma City Thunder during the previous series. 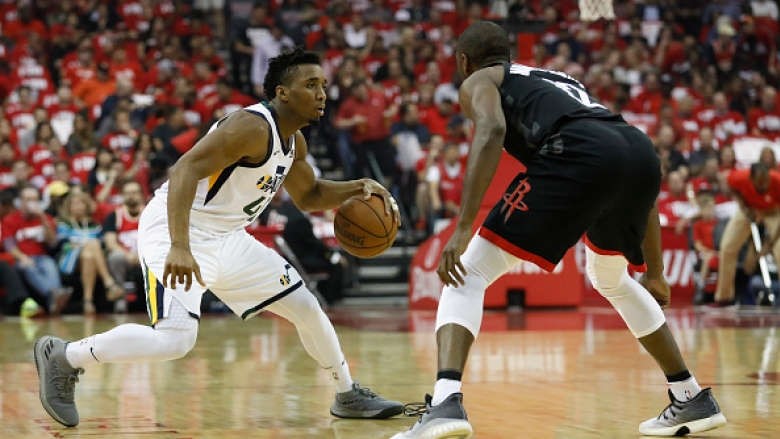 Donovan Mitchell failed to score at least 20 points in these playoffs as he finished with 17 points in Game 2. Despite that, Mitchell was without question the key to Utah’s offense as he broke down Houston’s defense with his playmaking abilities and ability to finish around the basket.

Playing without injured point guard Ricky Rubio for the second straight game, Mitchell consistently found his open teammates at the corners and he finished the game with a team best 11 assists.

Mitchell wrote his own history once again. The Jazz rookie became the only the 4th rookie in NBA history to score 200+ points in 8 or fewer playoffs games. The other players to achieve the feat are Kareem Abdul Jabbar ( 6 games ), Wilt Chamberlain ( 7 games ) and Elgin Baylor ( 8 games ). All three are Hall of Famers. 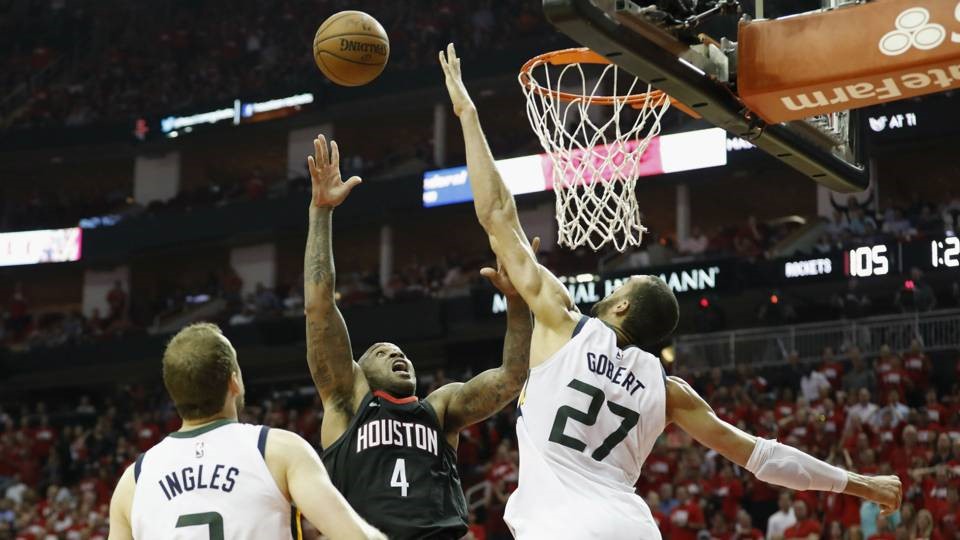 In Game 1, Rudy Gobert had no points on zero attempts and just three rebounds in 19 minutes of first half action. On Wednesday, the Stifle Tower had 13 points and 9 boards in the first half. Gobert finished with 15 points, 14 rebounds and 3 blocked shots to set the tone for Utah’s defense.

Utah outscored Houston 24-14 in the final 8 minutes of the game. Harden and Paul scored all fourteen points but on 3-10 shooting. Meanwhile, Clint Capela, P.J. Tucker and Eric Gordon went scoreless during that run, taking just a total of six shots ( all misses ). For the entire fourth quarter, the Rockets shot just 24% from the field, their second worst fourth quarter shooting this year, whether during the regular season and the playoffs.

The Jazz held down Houston’s three point machine by limiting the Rockets to just 10-37 or 27% three point field goal shooting in Game 2. Harden was just 2-10 from behind the arc while Trevor Ariza and P.J. Tucker combined for 2-9 from the three point area. 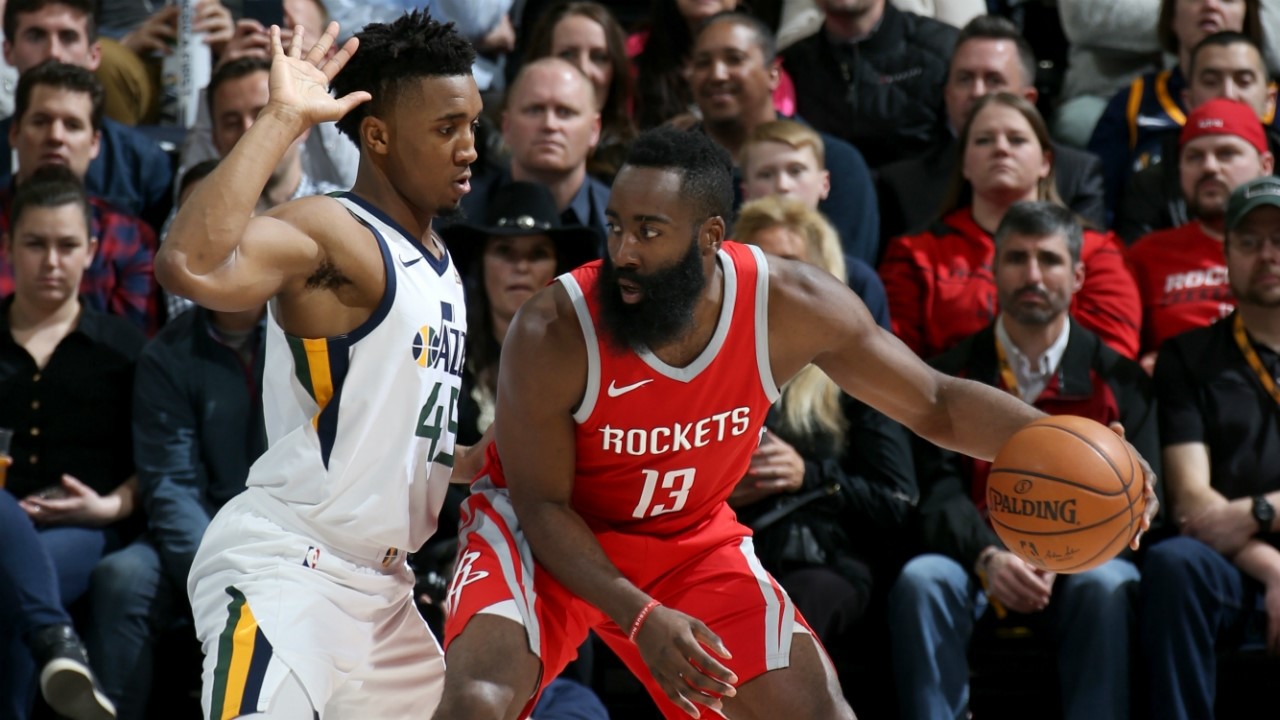 Coming into Game 2, the battle between this year’s potential Rookie of the Year winner and the leading MVP Candidate has been one sided. James Harden’s Rockets won their first five meetings with Donovan Mitchell’s Utah Jazz. Likewise, Harden has outplayed Mitchell in those five games played against each other.

But while Harden got the better of Mitchell again individually, Mitchell’s Jazz had the final laugh as they not only beat the Rockets for the first time this season but they also stole one at the Toyota Center and have now tied the series 1-1.

It’s obviously a huge confidence booster for a young team like the Jazz who looked like they were overmatched in the first game of the series. But with this Game 2 win, Utah knows that they are capable of beating the Rockets, even at their home floor. And to think that they did it without Ricky Rubio, it may indeed be time to ‘Take Note’ of the Utah Jazz.