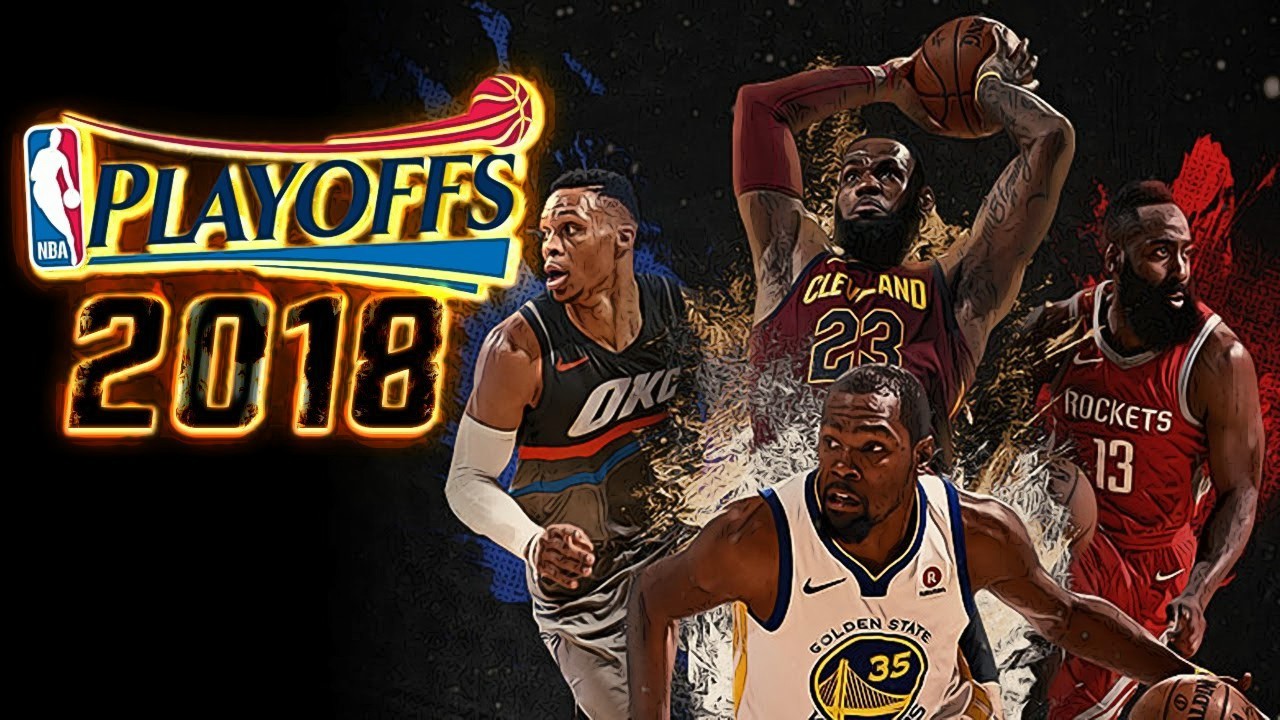 Day 2 of the NBA Playoffs: First Time For The King

The remaining playoff teams took the courts on Sunday to start their own Best of Seven First Round series.

In the first game, the depleted Boston Celtics defended their homecourt against the Greek Freak and the Milwaukee Bucks. Playing without their top two players in Gordon Hayward and Kyrie Irving plus a third injured player in Marcus Smart, Brad Stevens was out to prove that it’s the team not a group of players that win games. Can the Celtics win without Hayward and Irving?

In the second game, the defending Eastern Conference champions Cleveland Cavaliers played their first playoff game without Kyrie Irving. LeBron James and his overhauled court played the upstart Indiana Pacers and Most Improved Player of the Year top candidate Victor Oladipo. Indiana won their season series 3-1. Will that continue in the playoffs?

Reigning MVP Russell Westbrook and the Oklahoma City Thunder took on the challenge of the defensive minded Utah Jazz as they were out to prove their critics wrong. The Thunder failed to live up to expectations during the regular season. Despite having Paul George and Carmelo Anthony playing alongside Westbrook, the Thunder struggled for form and barely got home court advantage in the postseason. Can the Thunder defy the Jazz defense?

Finally, the best team of the season - the Houston Rockets, opened their title bid against the Minnesota Timberwolves who entered the playoffs via the backdoor and on the last playing date of the regular season. MVP top candidate James Harden is out to prove that the Rockets are in it to win it. Are the Rockets for real?

We have the answers to your questions, and more. 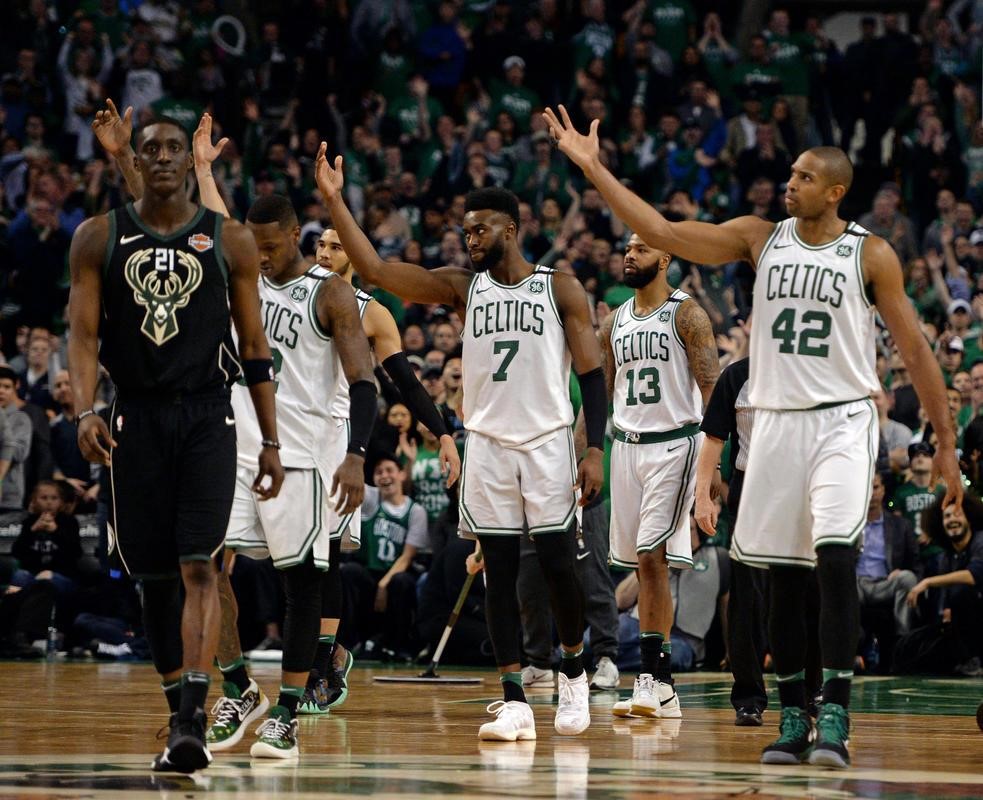 In what was without doubt the best game of the day and perhaps the best Game 1 this year, the Boston Celtics and Milwaukee Bucks went toe to toe before the Celtics won the game in overtime, 113-107.

Malcolm Brogdon hit a three pointer from the wing that tied the game at 96-apiece. In the next play, Terry Rozier milked the clock before nailing a three pointer with 0.5 seconds left in the game, giving the Celtics a 99-96 lead. But just as everyone thought that it was all over, Khris Middleton made a hail mary three pointer from 35 feet out to send the game to overtime. In overtime, the Celtics outlasted the Bucks to pull off a big win at home.

Despite being the third seed, the Celtics came to this game without playoff experience. Outside Al Horford who has started 91 playoff games in his career, the rest of the Celtics’ starters had a combined 1 start in the postseason and that lone start was courtesy of Aron Baynes. Jayson Tatum, Jaylen Brown and Terry Rozier had never started in a playoff game before yet the three combined to score 62 points for the home team.

Giannis Antetokounmpo had 35 points, 13 rebounds and 7 assists for the Bucks but he could not do it alone. Khris Middleton added 31 points while Malcolm Brogdon was the only other Buck in double digit scoring with 16 markers.

If this was any indication, this could be the most exciting first round series this season with both teams fighting for every possession, every play.

A First Time For The King 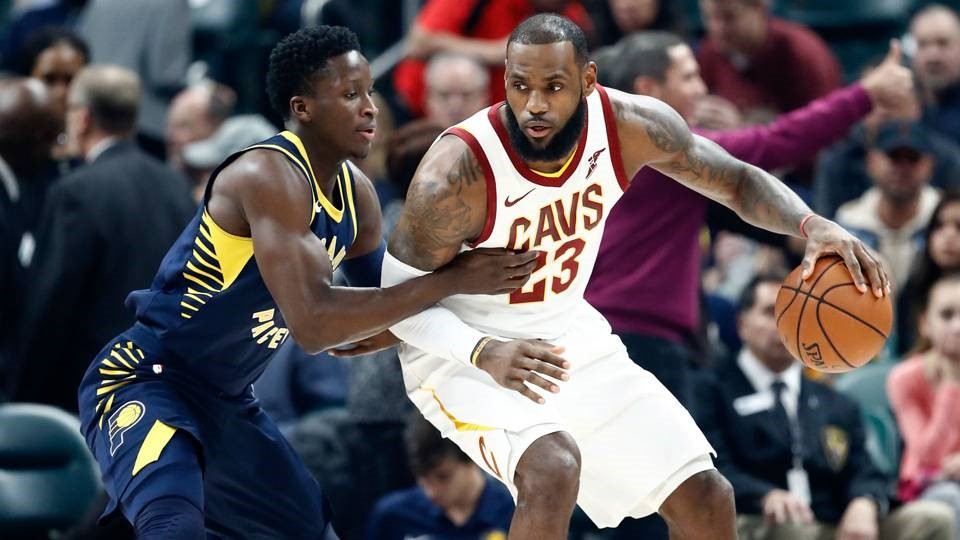 Victor Oladipo, undoubtedly the player who’s shown most improvement from last season, scored 32 points as the Indiana Pacers outplayed James and his Cavs right out of the gates. Indiana led 33-14 after one period and never looked back. They beat the Cavs with the final score of 98-80.

James recorded his 20th career playoff triple double with 24 points, 10 rebounds and 12 assists but his Cavs never got closer than 7 points in the fourth quarter. The Pacers simply had the answers for Cleveland and in the end,it was an absolute domination of the home team.

James got little help from his co-starters as George Hill, Rodney Hood, Jeff Green and Kevin Love combined for just 25 points. Cleveland missed eight free throws and shot just 8 out of 34 from behind the three point line. The King is trying to reach the NBA Finals an 8th straight time but while many agreed this year was going to be tough, only a few thought it would be this tough right from the onset.

The Pacers didn’t celebrate their win. They just walked off the court as if it was business as usual. As Oladipo said, they honestly believe that they can beat the Cavs and with the way they played in Game 1, Oladipo may be correct. 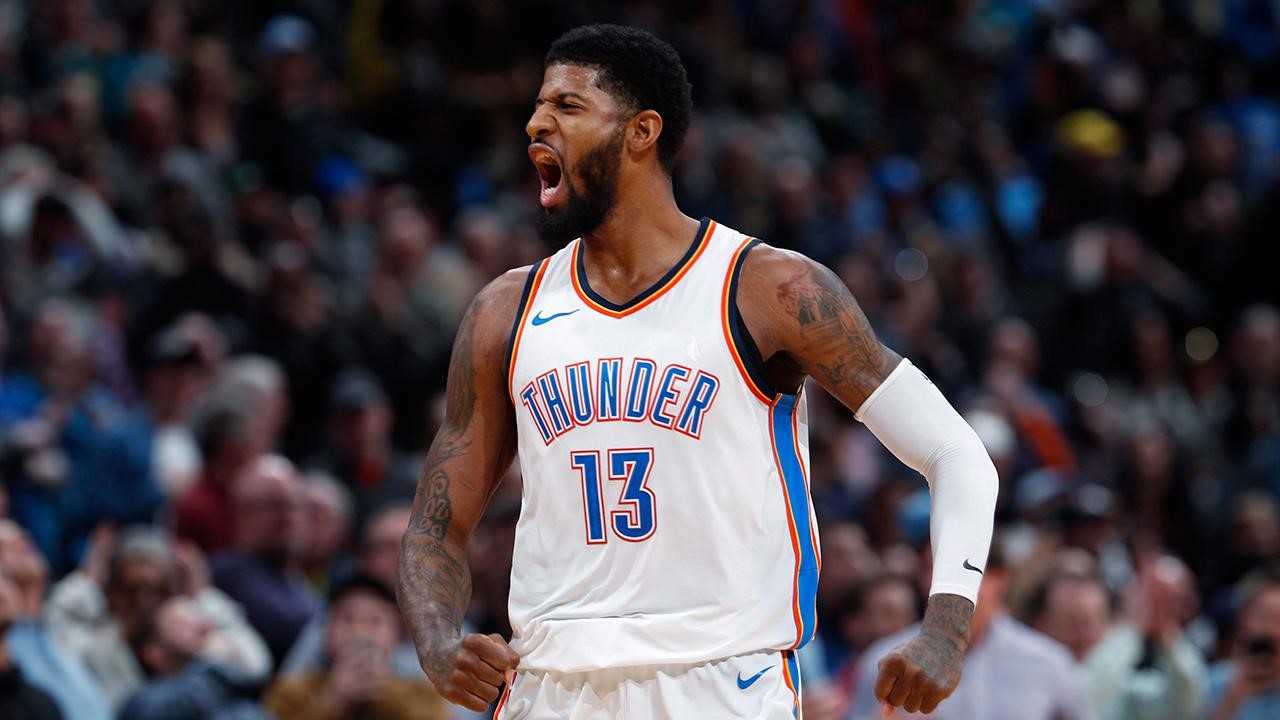 Paul George talked about an alter ego named Playoff P. on Saturday. The following day, Playoff P. introduced himself to the word.

George scored 36 points to help the Oklahoma City Thunder hold off the stubborn Utah Jazz, 116-108 and preserve home court advantage. George shot 13-20 from the field, including 8 out of 11 from behind the three point line, setting a new Thunder postseason record.

Russell Westbrook barely missed another triple double with 29 points, 13 rebounds and 8 assists. Carmelo Anthony added 15 points for the Thunder who obviously looked better this time around with scoring options other than Russell Westbrook. OKC struggled in last year’s playoffs with Westbrook their lone scorer. But with Playoff P. and Melo, things were much better for the Thunder.

Rookie Donovan Mitchell led the visiting Jazz with 27 points but the Utah defense which stifled opponents during their run to the postseason wasn’t enough to stop Playoff P. who was making difficult shots all night long. Mitchell left the game with foot soreness in the second half. He was able to come back to the game but wasn’t a factor as he played sporadically upon returning. 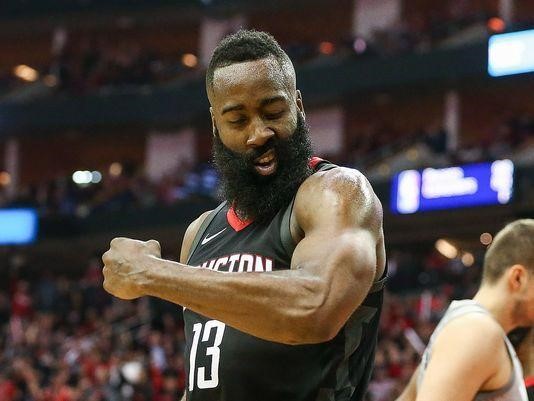 Time and again, James Harden has proven that he deserves to be the MVP this season. He did it again on Sunday. The Beard scored 44 points and issued 8 assists as the Rockets held off a tough challenge from the 8th seeded Minnesota Timberwolves. Harden knocked down 7 three pointers and shot 15 out of 26 from the field in 41 solid minutes of action.

The Rockets breezed through the regular season with a franchise best 65-17 record. But they were pushed to their limits by the Wolves who got a surprise 16 points from 2011 MVP Derrick Rose and 15 points from Jamal Crawford. The two veterans made up for the poor showing of Karl Anthony Towns who scored only 8 points on 9 field goal attempts.

Likewise, Jimmy Butler only scored 13 points for the Wolves. Butler scored 31 points during the Wolves’ do or die game against the Denver Nuggets last week. Andrew Wiggins led the Wolves in scoring with 18 points while starting point guard Jeff Teague added 13 markers for the losing team.

Minnesota led by one point with seven minutes left in the game but the Rockets quickly put the game away with a 9-0 run, seven points by Harden. The Wolves had a chance to tie the game but Jimmy Butler’s attempt with 1.5 second left was short. The Rockets won their season series via a 4-0 sweep and by an average margin of 15 points. But the Wolves proved that the playoffs are a different animal.

With the way the Wolves played, expect the Rockets to have their hands full the rest of the way.