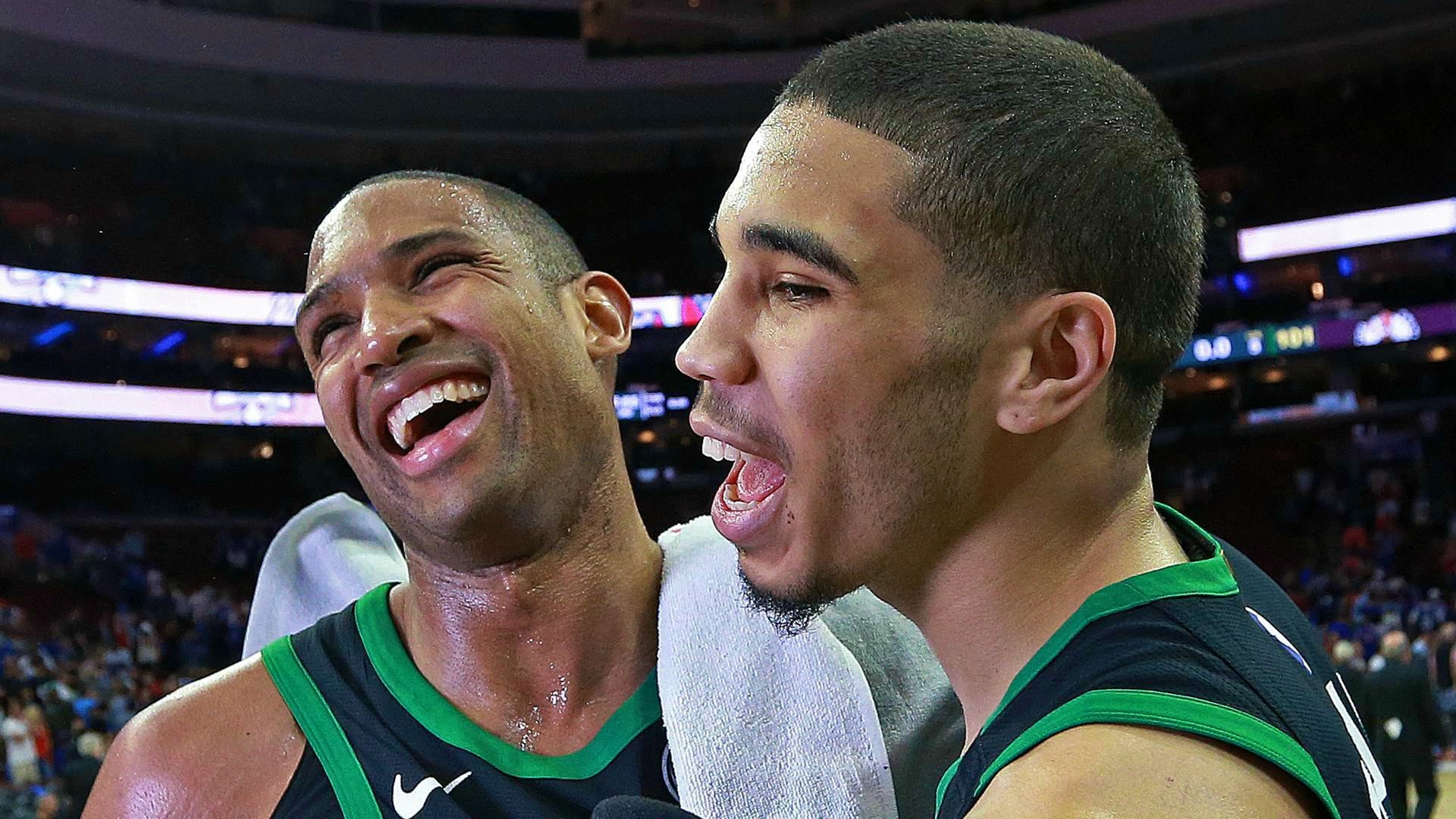 We’ve been talking about the resilience of the Boston Celtics in the 2018 NBA Playoffs. Despite playing without their top two players, the Celtics have found ways to win under Brad Stevens’ brilliant coaching. Plug and play. That’s what they say.

In Round 2, the Celtics have even been more impressive. They’ve silenced the upstart Sixers 0-2 in the first two games of the series. But Game 3 was different. The Sixers were playing at home and looking to get their confidence back. Boston refused to give it back to them.

In the nightcap, the Cleveland Cavaliers waxed hot early but played with fire in the fourth quarter and nearly burned themselves. Fortunately, LeBron James’ end game heroics lifted the Cavs to another hard earned win.

In Brad We Trust 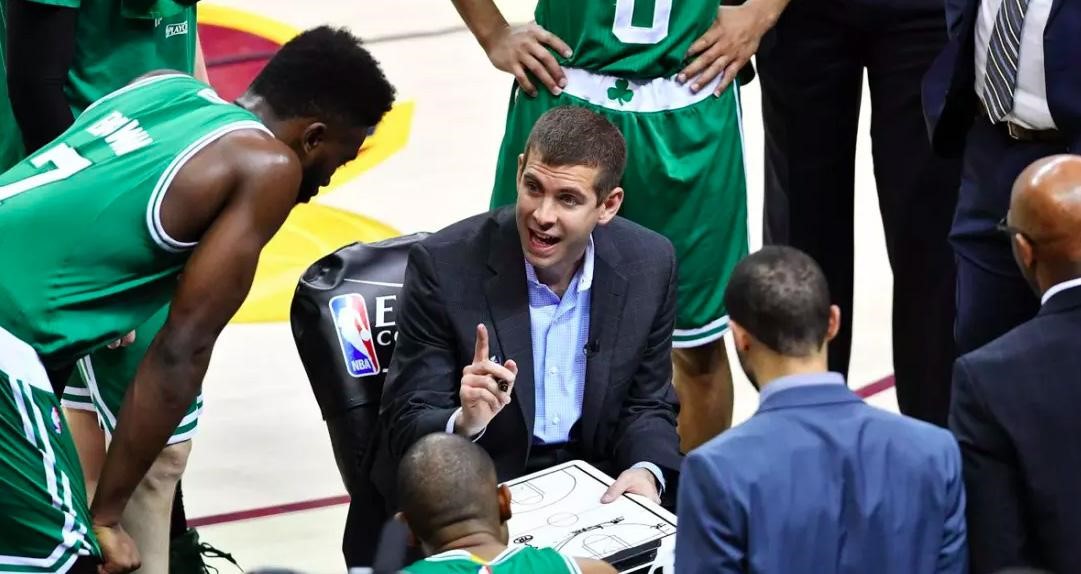 With the Boston Celtics down 98-97 with 8.4 second left in overtime, Boston Celtics’ head coach Brad Stevens mapped out the perfect ATO ( after timeout ) play for his team:

Watch the video again and see Jaylen Brown lure out Joel Embiid away from the basket. Brown had his back turned from the hoop, he wasn’t taking that shot! Embiid got caught in Stevens’ trap and he left Robert Covington in an island all by himself against Big Al Horford. If Covington stayed back, Horford would have had easy position and an easy jump hook or short shot. He overplayed. Marcus Morris threw the pass over him and Horford scored the go ahead basket.

Horford stole the ball from Embiid on the next play but it was obvious that it was the previous play that finally broke the Sixers back. Horford sealed the Celtics win with two free throws off the steal from Joel Embiid. The finals score? 101-98 and the Celtics are now one game away from returning to the Eastern Conference Finals for the second straight season.

It wasn’t easy. Nor was it pretty.

Boston took command of the third quarter again with a 21-13 start to the second half. But just as they did in the first and second quarters, the Sixers finished the third quarter strong to cut the lead to just one at 69-68 entering the final period. It was a back and forth fourth quarter but it appeared that Embiid and the Sixers would be able to hold off the Celtics.

The Sixers almost gave the game away in the final seconds of the fourth quarter as J.J. Redick’s pass to Ben Simmons was intercepted by Terry Rozier and converted to a layup by Jaylen Brown. But Marco Belinelli drilled a fadeaway jumper from the corner at the buzzer to send the game into overtime.

There was a seven minute delay before the extra period because confetti fell all over the court after it was first thought that Belinelli hit a game winning three pointer. When Overtime finally began, Belinelli and Redick hit back to back jumpers that gave Philly the quick upperhand at 94-89. As usual, the resilient Celtics refused to give up.

Jayson Tatum and Al Horford scored Boston’s last 12 points and they showed more poise down the stretch. Tatum led the Celtics with a game high 24 points on 11-17 shooting. The former Duke standout became the first rookie in Celtics history to score at least 20 points in five consecutive playoff games. Tatum’s mark was one better than Larry Bird’s old record set in 1980.

Horford didn’t have a big statistical night with just 13 points and 6 rebounds. But he scored 7 points in overtime including the last 5 points of the game for the Celtics. Horford also delivered big on defense with two steals and three blocks. Two of his blocks came off Joel Embiid and his game sealing steal also came off the Sixers’ all-star center.

Terry Rozier continued his playoff brilliance with 18 points and 7 rebounds while Jaylen Brown also played big for the Celtics with 16 points and 9 rebounds. Starting center Aron Baynes also played a big role for Boston with his defense on Embiid and his contributions of 7 points and 10 rebounds.

Ben Simmons bounced back from the worst game of his young NBA career with a solid game of 18 points, 8 rebounds and 8 assists but he turned his back on a J.J. Redick pass in the closing seconds of the fourth quarter. That turnover led to a Boston layup that eventually sent the game to overtime.

Joel Embiid became the 6th Sixers player to score at least 20 points and grab at least 10 rebounds in three consecutive games. The other players to do that are Charles Barkley, Moses Malone, Billy Cunningham, Dolph Schayes and Wilt Chamberlain. But he coughed up the ball in the Sixers’ final play and it cost them the game and most probably their season.

No team down 0-3 in a best of seven NBA playoff series has ever comeback to win the series. The all-time NBA record for that is 0-129, with the San Antonio Spurs and the Portland Trailblazers in the first round the last teams to learn that firsthand.

The last time the Celtics and Sixers went to overtime in the playoffs was in Game 4 of the Eastern Division Finals in 1966. Bill Russell ( 18 points, 30 rebounds ) and Wilt Chamberlain ( 15 points, 33 rebounds ) were on that game which the Celtics also won 114-108. 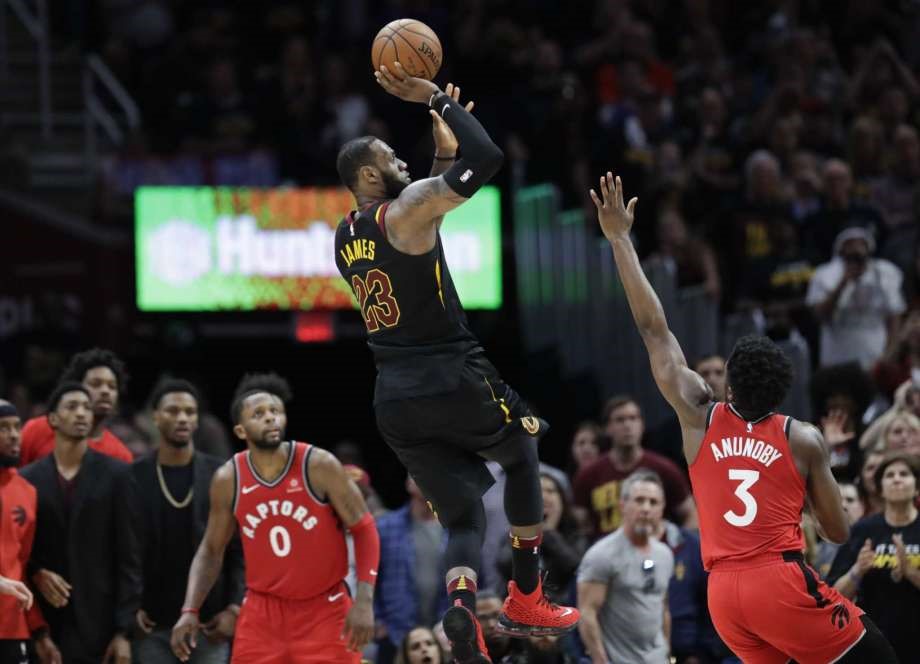 Another game for the Cleveland Cavaliers, another memorable playoff performance from LeBron James.

With the Boston Celtics taking a 3-0 lead in their second round series against the Philadelphia 76ers, the Cleveland Cavaliers took the court on Saturday night looking to go the same route. And unlike the Celtics who had to win one on the road, the Cavs felt their chances were better because they returned home to The Q for the first time in this series. And well of course, they have LeBron James, the best player in the planet.

It has been herculean effort from James since round 1 as he’s had to literally carry his young team to victory. Saturday night was no different as it was James who wrote the postscript for Game 3 with a game winning buzzer beater that gave the Cavs a 105-103 win over the Raptors.

Watch it in real time action and feel the drama unfold at the Quicken Loans Arena:

LeBron James goes glass and drills the Tissot Buzzer-Beater to lift the @cavs to victory in Game 3! #ThisIsYourTime#WhateverItTakes #NBAPlayoffs pic.twitter.com/VWpEN8Rm26

If the Boston Celtics won on Brad Stevens’ coaching, the Cleveland Cavaliers won their Game 3 on LeBron’s sheer will and determination.

Cavs led by as many as 12 in the first quarter but ended the quarter with a 24-19 lead. Toronto. Raptors cut the lead to one point in the second quarter but the Cavs ended the first half with a 16-2 run to take a commanding 15 point lead at the half. Toronto slowly cut in to the lead and and fought hard for dear life in the final minutes of the game.

A three pointer by OG Anunoby gave Toronto its first deadlock at 103-103. With the game on the line once again, the Cavs turned to their King to save them again. He did not disappoint.

It was James second game winning buzzer beater of the 2018 Playoffs, making him the first player in the last 15 seasons to have more than one game winning buzzer beater in a single postseason. It was also his 5th go ahead basket in the final 5 seconds of the 4th quarter or overtime of the playoffs, giving him two more than Michael Jordan. James also played his 227th career playoff game, breaking a tie with Tony Parker for 5th most in NBA history.

Kevin Love added 21 points and 16 rebounds to become the 4th player in Cavaliers’ history to record more than one 20-10 playoff games. Love had 11 points and 10 rebounds at the half, the second time in his playoff career that he’s had a double double after two quarters of play.

Kyle Korver also waxed hot for Cleveland. The sharpshooting guard shot 6-8 from the floor including 4-6 from behind the three point line to finish with 18 points. George Hill added 12 points while Jeff Green contributed 11 for the Cavaliers’ cause.

The Raptors built themselves a hole they could not come out from. They fell behind early and when they got their game going, they did not have enough to bump off the Cavaliers and their King.

DeMar DeRozan struggled with just 3 points on 1-9 shooting in the first half. DeRozan has had six playoff halves with three points or less scored. Four of those are against the Cavaliers. DeRozan ended the game with 8 points on 3-12 shooting. It’s the first time in these playoffs that DeRozan failed to score in double digits.

Kyle Lowry led the Raptors with 27 points on 9-13 shooting. Lowry almost single handedly brought the Raptors back in the game with a very strong fourth quarter effort. OG Anunoby had his best game of the playoffs with 18 points including 4 three pointers but he could not stop LeBron James from hitting the game winner.

Now the Raptors are in the same boat as the Sixers. And as we said earlier, zero out of 129 teams have come back from a 0-3 hole to win a best of seven series. Toronto and Philadelphia both have had one of their best seasons in years, but it’s likely they will go fishing after the second round.