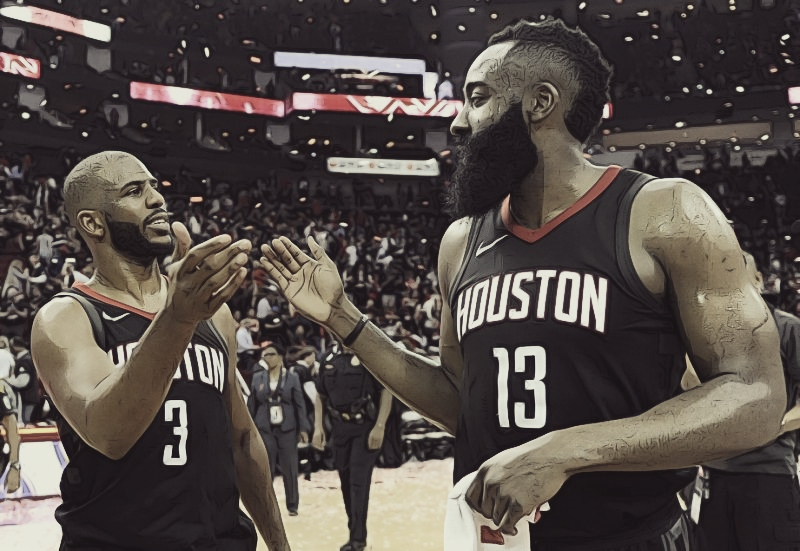 After getting 2-1 scares ( Houston was even in a 1-1 tie after Game 2 ) from their underdog opponents, the top two teams in the NBA have advanced to the next round by setting up a match-up between themselves.

The top-seeded Rockets were stunned by the Utah Jazz in Game 2 of their series but the Rockets won three in a row to wrap things up. Meanwhile, the Golden State Warriors fell to the New Orleans Pelicans in Game 3 but put up a solid Game 4 to move to pull away 3-1 from their rivals.

On Tuesday, both the Rockets and Warriors advanced to the conference finals which will begin on Monday May 14th in Houston. 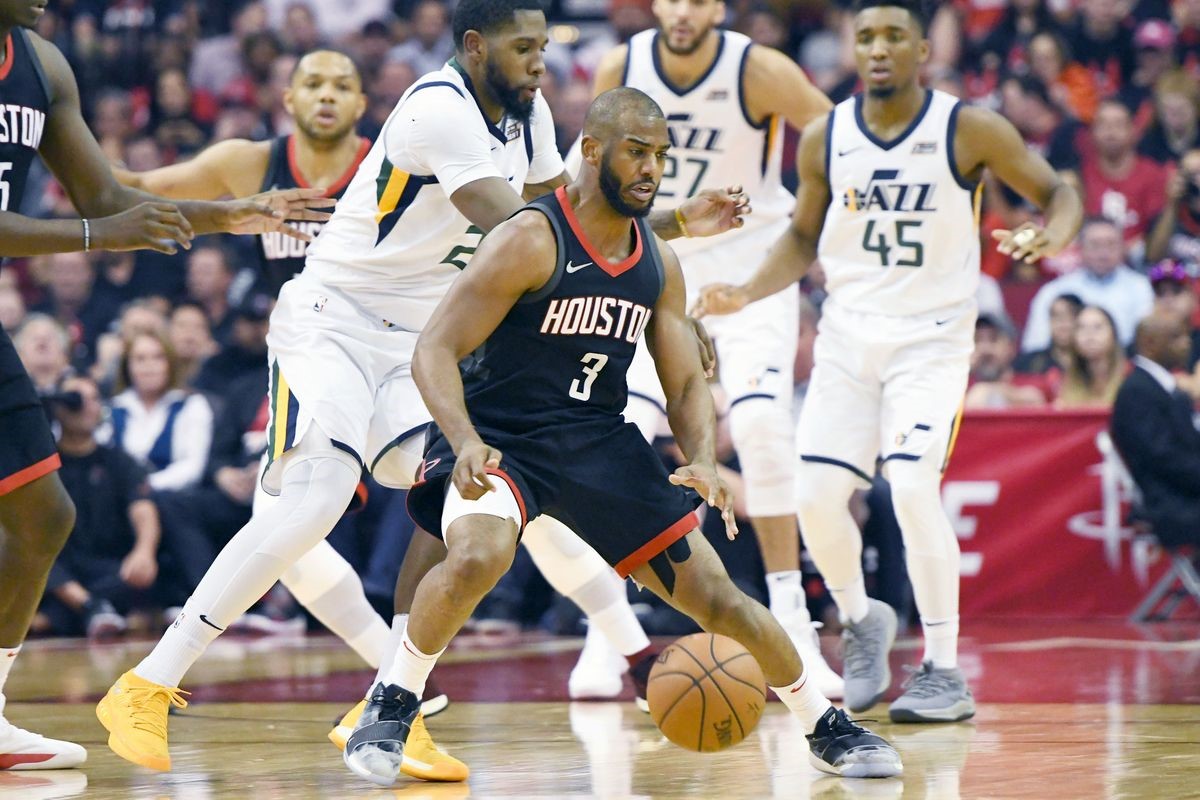 Chris Paul entered Game 5 holding the record for most playoff games played without having a Conference Finals appearance. Paul’s 85 playoff games played were 14 games more than the next player on the list - Jamal Crawford and Kirk Hinrich at 71. So with the Rockets one win away from advancing to the Western Conference Finals, Paul had the most motive of any player on both teams to win Tuesday’s Game.

Well, CP3 more than just showed up in Game 5.

The win eliminated the Jazz from the playoffs and enabled the Rockets to advance to the Western Conference Finals. The last time the Rockets were in the Western Conference Finals was during the 2014-15 season where they lost to the eventual champions the Golden State Warriors. As of press time, the Warriors host the Pelicans in Game 5 of their own second round series. Should the Warriors win, a rematch of the 2015 WCF will be set.

Back to Chris Paul. CP3 also became the first player to score at least 40 points without committing a single turnover in a playoff game since turnovers were officially recorded as a statistic during the 1977-78 season. He is also only the second player in NBA playoff history to score 40 points and issue 10 assists in a series-clinching win. The other player to do it? Michael Jordan in 1989.

CP3 scored 20 points in the fourth quarter (the most points he’s scored in a quarter whether regular season or playoffs) , going 7-9 from the floor and 4-4 from behind the three point line during the payoff period. His explosion couldn’t have come at a better time. The Utah Jazz overcame a double digit lead to take a 78-75 lead at the end of three quarters of play.

Rookie sensation Donovan Mitchell exploded for 22 points in the third quarter for the Jazz. Mitchell single handedly brought Utah back from a 61-50 deficit and outscored the entire Rockets team in the entire 3rd quarter 22-21. Mitchell is the first rookie in 20 postseasons to have a 20-point quarter and he did it twice.

Mitchell was a worthy playoff competitor and his Jazz gave the Rockets a good fight.

Paul and Harden stamped their class in the first half of action, scoring or assisting on 47 of the Houston Rockets’ 54 first half points. CP3 led all scorers with 15 points in the opening half of Game 5. The Rockets extended their lead to 11 at 61-50 on a jumper by Harden before Mitchell’s third quarter explosion.

MVP favorite James Harden had another poor shooting night going 7-22 from the field, including just 1-7 from the three point area. He finished with only 18 points in the game, his lowest scoring game of the series and his second lowest point output of the current postseason.

P.J. Tucker played the best playoff game of his career with 19 points, 6 rebounds, 2 assists and 3 blocks. Tucker went 7-9 from the floor including 5-7 from the three point line. Clint Capela could not follow up his huge Game 4 performance with just 5 points and 5 rebounds. However, Capela did block 5 shots in Game 5.
.
Likewise, Alec Burks had his best playoff game ever with 22 points, 3 rebounds and 5 assists. Burks shot 7-15 from the field including 3-5 from long range as he provided Donovan Mitchell the help. Royce O’Neale added 17 points while Rudy Gobert had 12 points and 5 blocks for the Jazz who will exit in the second round for the second straight season. 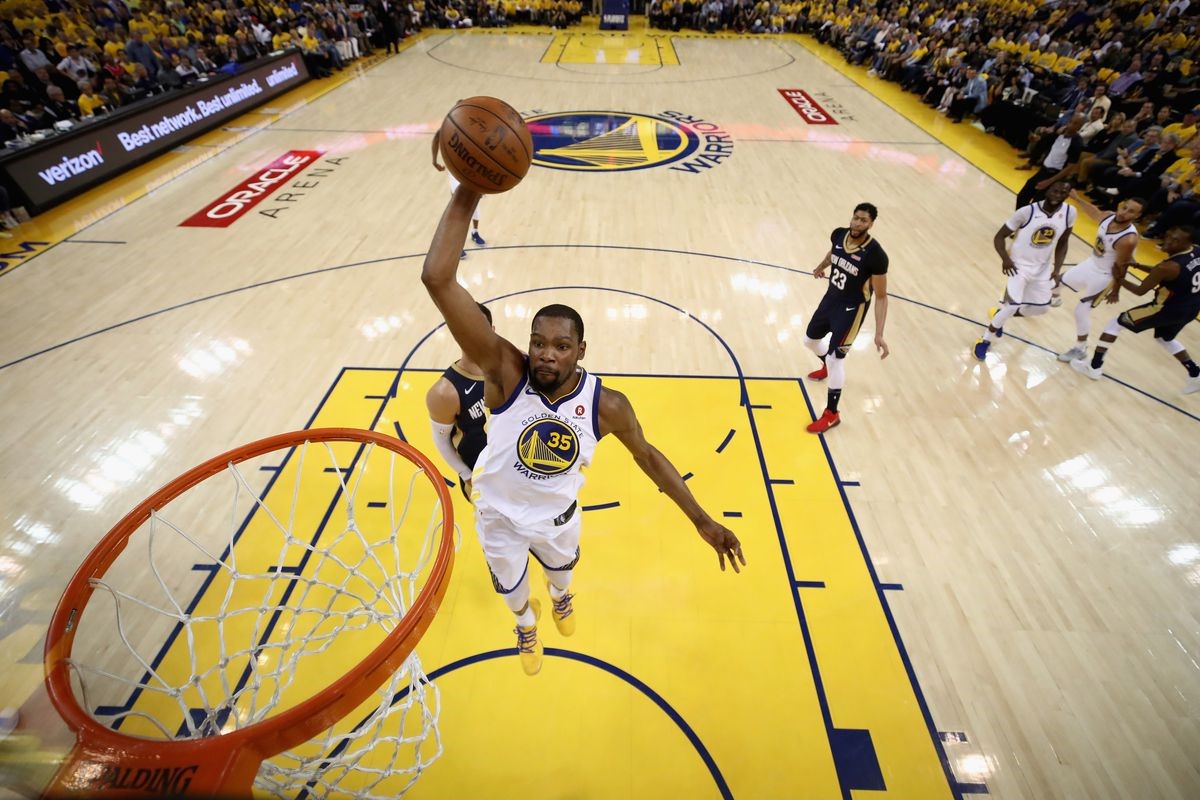 When you play the Golden State Warriors, you have to worry about the third quarter. That’s because that’s where the Dubs are at their most dangerous this season.

During the regular season, Golden State was a +371 over their opponents. That was tops in the league with he Houston Rockets a very distant second place at +172. In Game 4, the Dubs had a +14 in the third quarter which was, at that time, their highest plus/minus of the third quarter in this year’s playoffs. The Dubs topped that on Tuesday night with a +17 in Game 5.

That was the run they needed to pull away from the stubborn New Orleans Pelicans who gave them a tough fight in the first half before eventually losing 113-104 in Game 5 of their best of seven second round series.

New Orleans had one last stand in the final quarter. An 18-2 blast put the Pelicans to within 7 at 100-107. But that would be as close as they would get to the champs as the Warriors scored two consecutive baskets to finally put the Pelicans away.

With the win, Golden State set a date with the Houston Rockets in the 2018 Western Conference Finals. The Rockets also finished their series on Tuesday with a 112-102 win over the Utah Jazz. The Warriors also tied the NBA record for most consecutive playoff wins at home ( 15 ) set by Michael Jordan and the Chicago Bulls during the 1990-91 season.

Draymond Green was the fourth Warriors’ starter in double digits scoring with 19 points 14 rebounds and 9 assists. Although Green only had one triple double in this series, he averaged 14.8 points, 11.8 rebounds and 10.0 assists per game against the Pelicans. He missed a triple double by one assists each in Games 3 & 5 and missed another in Game 2 by one rebound.

Anthony Davis and Jrue Holiday went down fighting for the Pelicans. The Brow led his team once again with 34 points and 19 rebounds. Holiday notched the first triple double of his playoff career with 27 points, 10 rebounds and 11 assists. Rajon Rondo had 7 assists and 7 points while Nikola Mirotic added 12 points and 7 rebounds.

Although the Pelicans were outmatched in the series, they had nothing to be ashamed of especially since they played without all-star center DeMarcus Cousins in the entire postseason. Cousins suffered a season ending achilles injury in January.