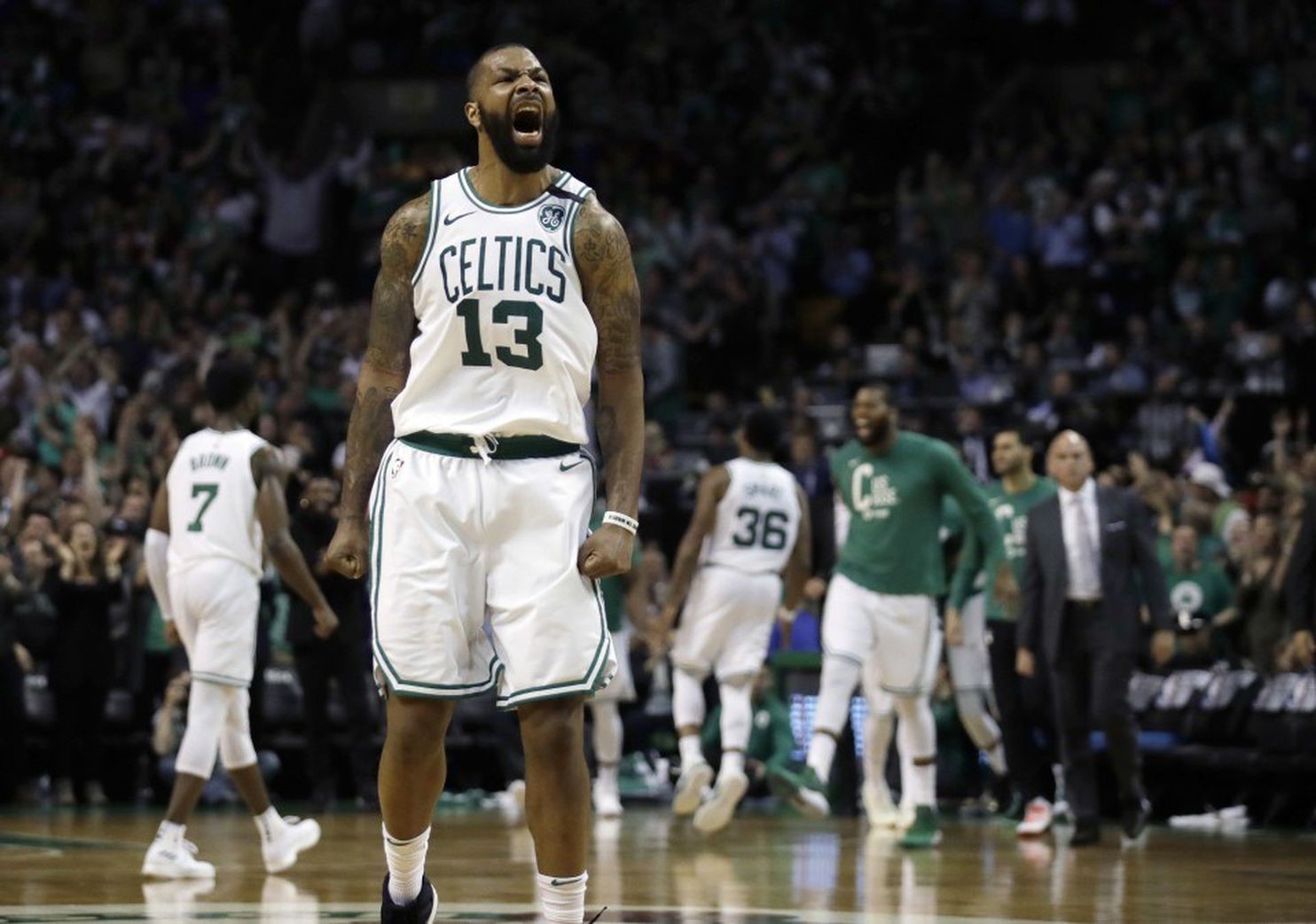 The Boston Celtics overcame a herculean game by LeBron James to win 107-94 and take a 2-0 lead in the Eastern Conference finals.

Unlike Game 1 which was decided in the opening quarter, Game 2 featured more intensity and drama. The Cavs tried to blow away Boston in the first half but the young but composed Celtics weathered the early storm from LeBron James and then put the cuffs on the Cavs in the second half to win by double digits for the second straight game.

The Cavaliers were up 61-52 and well in control of Game 2 with 10 minutes left in the third quarter. But the Celtics unleashed a 36-22 third quarter storm to change the complexion of the ball game. Terry Rozier, who scored only two points in the first half, led the Celtics charge with 14 big points in that crucial third period.

Rozier finished the game with 18 points for the Celtics but he had another rough shooting night, going 7-16 from the field and 2-8 from behind the three point arc. However, Rozier delivered the big baskets 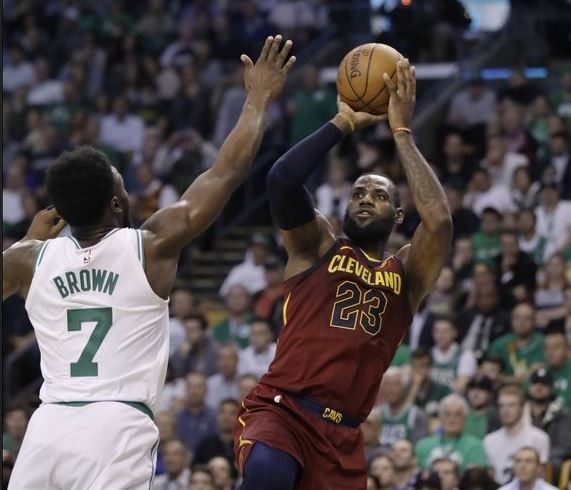 The key to the Celtics was contesting Cleveland’s shots and them not doing the same on the other end. Of Cleveland’s 39 field goal attempts in the second half, the Celtics challenged 36 of them or 92%. Meanwhile, Boston had 20 uncontested field goals out of their 48 attempts, meaning the Cavs only contested 58% of the Celtics’ shot attempts.

Boston’s balance was on full display again with six players, including all starters, scoring in double digits. Aron Baynes, who played only 17 minutes was one point shy of scoring in double figures too with 9 points. Of the double digit scorers, only Jaylen Brown scored in his 20s with 23 to lead the Celtics.

Likewise, different players led Boston in scoring in every quarter. Jaylen Brown had 14 points in the opening quarter while Jayson Tatum had 9 in the second period. Terry Rozier was on fire in the third with 14 and Al Horford finished the job with 8 points in the fourth quarter for the Celtics. 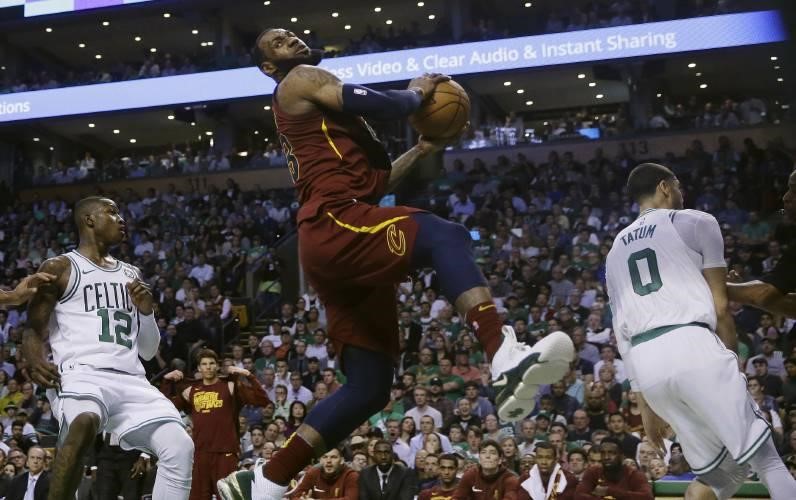 The same couldn’t be said of Cleveland who had LeBron James take more than half of Cleveland’s field goal attempts ( 13/24 or 54% ) in the first half. James scored 21 points in the opening quarter, just two less than the total point production of the entire Celtics team.

He waxed hot, shooting the ball at 8/13 from the floor including 4/7 from behind the three point arc. His points scored, field goal attempts and three pointers made in the first quarter were all career playoff highs for him.

King James continued to dominate the scoring for Cleveland as he finished the half with 25 of Cleveland’s total 55 halftime points. James’ halftime total matched the scoring total of Boston’s top two scorers at the half as Jaylen Brown and Jayson Tatum combined for 25 for Boston at the end of two quarters. 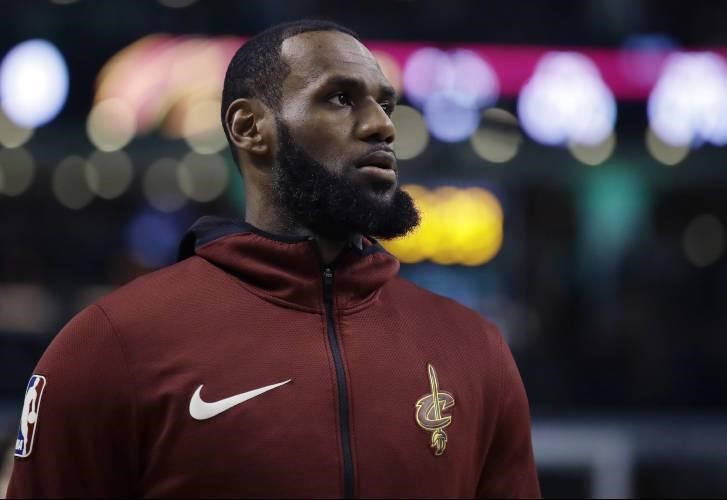 James finished the game with 42 points, 10 rebounds and 12 assists. It was LeBron’s third career 40 point triple double in the playoffs. However impressive that is from an individual standpoint, his teams are 1-2 in those games. But LeBron coming up big on Tuesday night didn’t come as a surprise for the Celtics and for all us who have followed the 2018 playoffs religiously.

Not only that, James has been equally sensational in Game 2s this year. In the first two rounds, James has averaged 44.5 points per game on 26 shots per contest and at a 69% field goal shooting percentage.

Where was The Cavalry? 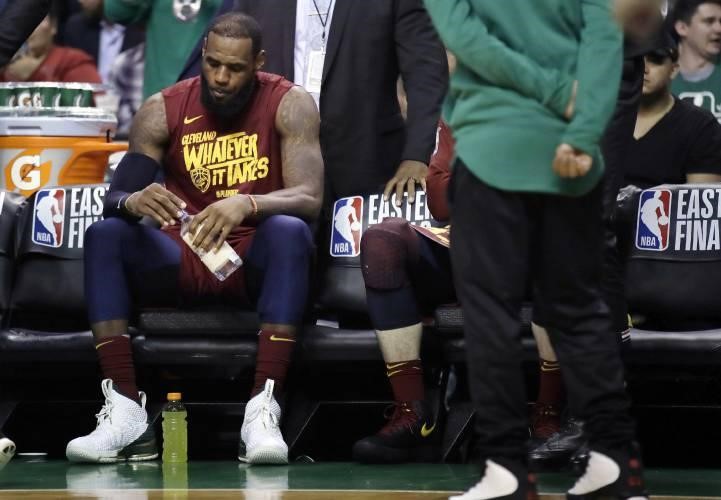 While King James took the fight to the Celtics, the Cavalry wasn’t there to give him the support he needed to topple the Celtics. Sure, Kevin Love had 22 points and 15 boards, credit him for a big game. You can’t ask any more from Love as the Cavs’ second best scorer.

But outside James and Love, only Kyle Korver scored in double digits for Cleveland. Korver had 11 in the game but he scored all of his points in the third quarter when Cleveland was still in control. Korver took only three shots in the second half and missed all of them. Not good for the Cavs.

What was most disappointing though was the scoring discrepancy from the team’s starting backcourt. Boston’s Terry Rozier and Jaylen Brown outscored J.R. Smith and George Hill by a whooping 38 point margin. Boston’s backcourt combined for 41 points while Cleveland’s starting guards shot just 1-11 from the floor. That was the biggest difference maker in Game 2. 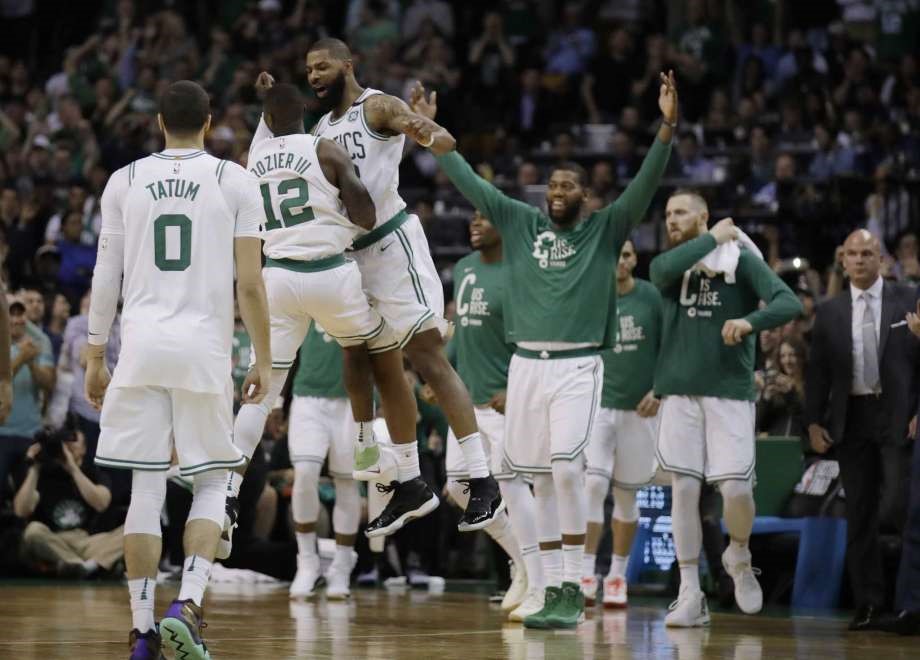 One of the interesting sidelights of this series was Marcus Morris claiming to be the best LeBron defender outside Kawhi Leonard. We know that most found that to be funny and some ridiculous. Morris won the argument in Game 1, holding James to 5 points on 2-6 shooting in 24 plays.

Well now Morris has won two in a row because in aggregate, LeBron James has scored just 11 points off him on 4-14 shooting, including 0-4 from three point range on a total of 56 plays. That’s very impressive because James has been shooting 16-28 on 5-10 three point shooting against other Boston defenders in this series.

Aside from his tremendous defense on the King, Morris is also averaging 16.5 points and 7.5 rebounds in the first two games of the series. That’s monumental, considering that he is tasked to defend the universally recognized best player in the planet.

Backs Against The Wall 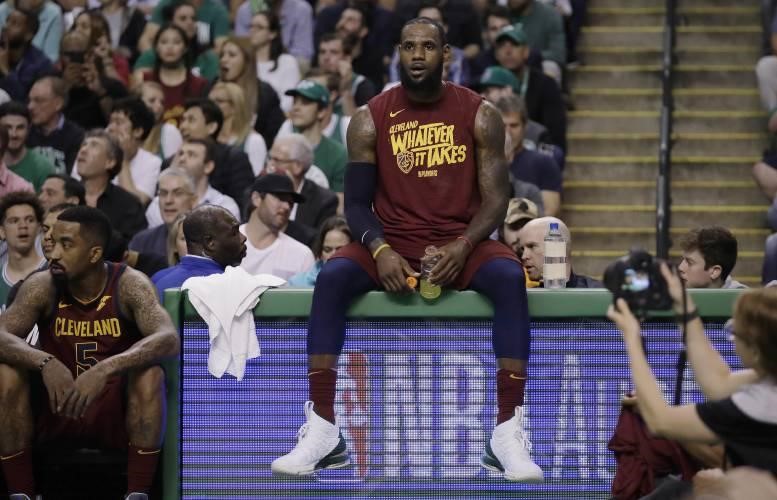 Because Boston has home court advantage over the Cavaliers, winning the first two games of the series actually doesn’t give them any advantage. But if you take a look at Boston’s history, the franchise has never lost in 37 series when they are up 2-0 to begin a playoff series. That’s what puts Cleveland’s backs against the proverbial wall really.

Boston improves to 9-0 at home in the current playoffs and they are now just two games away from advancing to the 2018 NBA Finals. Cleveland gets a chance to stop this landslide on Saturday when the series shifts to Cleveland.