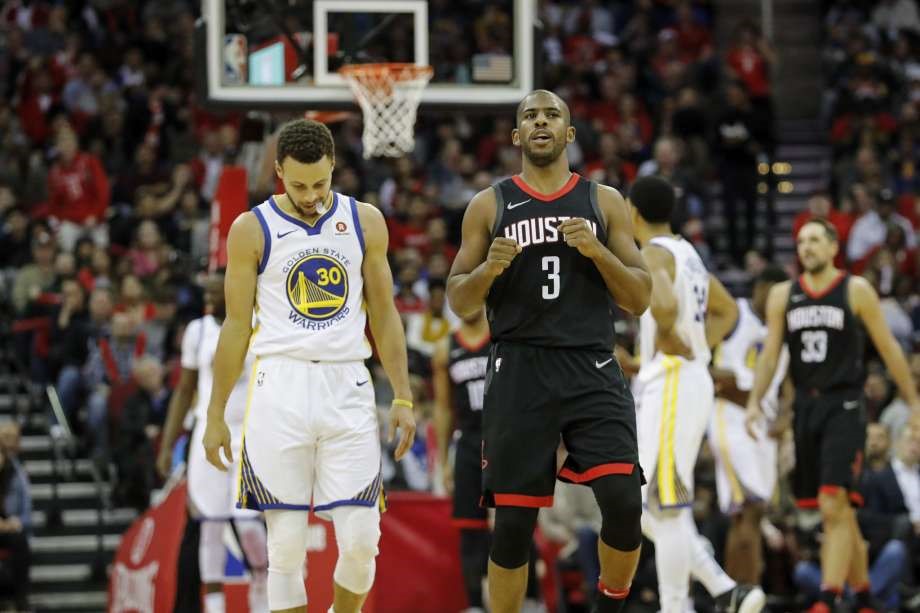 Day 30 of The NBA Playoffs: Rockets Strike Back

The Houston Rockets struck back and blew away the Golden State Warriors 127-105 in Game 2 of their 2018 Western Conference Finals. With the win, the Rockets forced a 1-1 in the series as it shifts to the Bay Area for Games 3 and 4 beginning Sunday.

The Rockets played with a sense of urgency that they needed to have after losing Game 1 at home a couple of days ago and it paid off. Five Rockets scored at least 16 points in Game 2 led by James Harden and Eric Gordon who each had 27 in their bounce back game.

The roles were reversed as this time around as it was Kevin Durant who did not get the support he needed from his teammates. Durant had another big game but coach Steve Kerr could not get the rest of his starters to back-up KD. 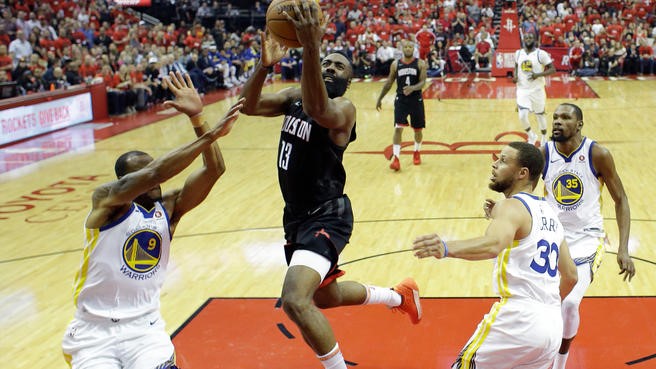 There was worry that Houston’s isolation plays had began tiring James Harden. Historically, Harden played better in Game 1s while his performance tends to drop in the next games of the series. Since Harden went off in Game 1, there were concerns that he would struggle again in Game 2.

In 17 games over the last two playoffs, Harden’s post Game 1 field goal shooting percentage was only 38.7%, including a dismal 26.8% from behind the three point arc. His Performance Efficiency Rating falls from 39.7 in Game 1s to just 21.9 in other games in the last two postseasons.

History proved true on Wednesday as Harden shot just 9-24 from the floor or 38% and he was 3-15 or 20% from the three point area. He also committed 4 turnovers while finishing with 27 points, 10 rebounds, 3 assists and 1 steal.

Chris Paul also struggled to shoot just 6-14 from the floor including 1-5 from three point range. But even if Harden and Paul struggled to find their shots, the rest of the team stepped up..

Getting The Needed Support 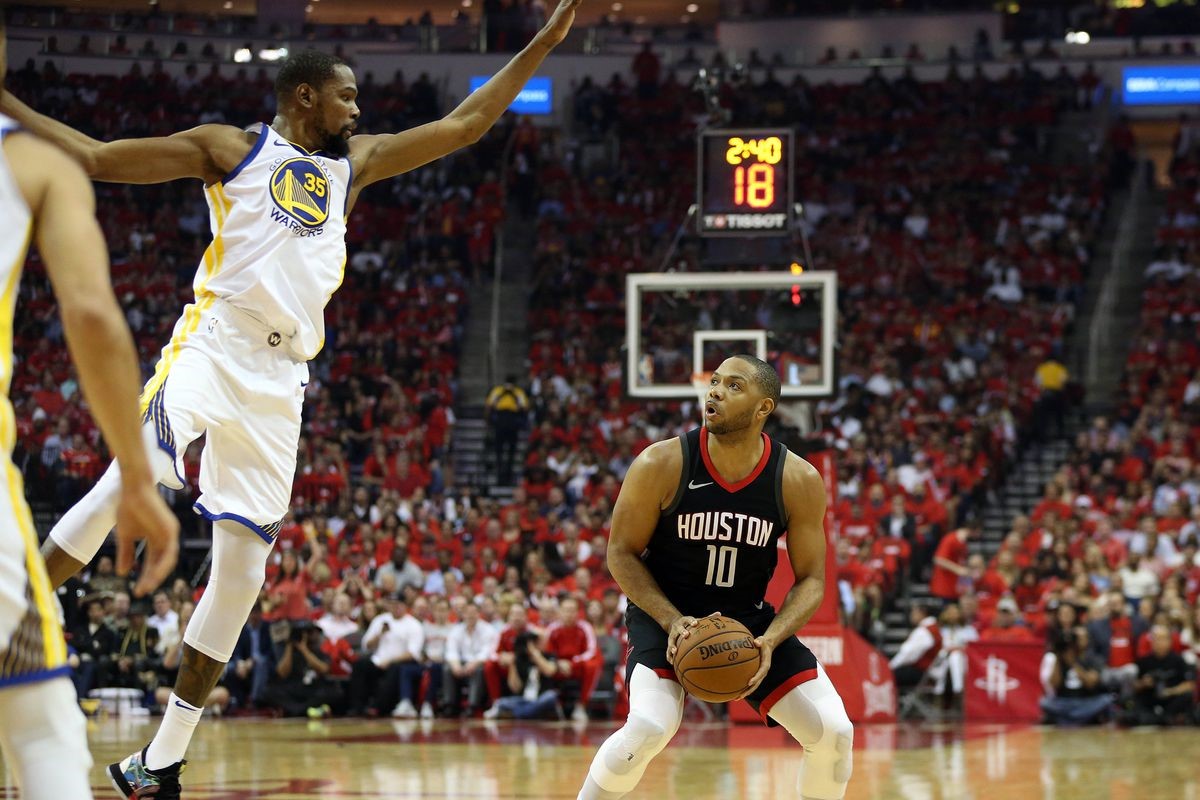 Houston’s superstar duo got the much needed support in Game 2. During the previous game, the Rockets’ other than Harden and Paul combined for only 42 points. The rest of the team already scored 47 at the half in Game 2.

P.J. Tucker scored a playoff career high of 22 points. He went 8-9 from the field, including 5-6 from behind the three point line. Tucker and Luc Mbah Moute were the missing links in Game 1 for the Rockets because during Houston’s two wins over Golden State during the regular season, they combined to average 30 points. The duo combined for one point with zero field goals in game 1.

Mbah Moute had another rough night, playing just 7 minutes and making one of five shots for two points. But Tucker’s career game was a huge boost for the Rockets. He added 7 rebounds, 4 assists and 1 steal in 36 minutes of playing time.

Eric Gordon easily had his best game of the current postseason. Gordon, whose previous high was 25 points in the pivotal Game 3 win over Utah in the previous round, connected on six out of nine three pointers en route to scoring 27 points for the Rockets. Likewise, Trevor Ariza’s 19 points were the most for him in the 2018 playoffs.

In all, Gordon, Tucker and Ariza combined for 68 of Houston’s 127 points in Game 2 or 54% of the total Rockets’ point production. The trio was responsible for 12 of the 18 three pointers that the Rockets made during the game.

All Durant For Warriors 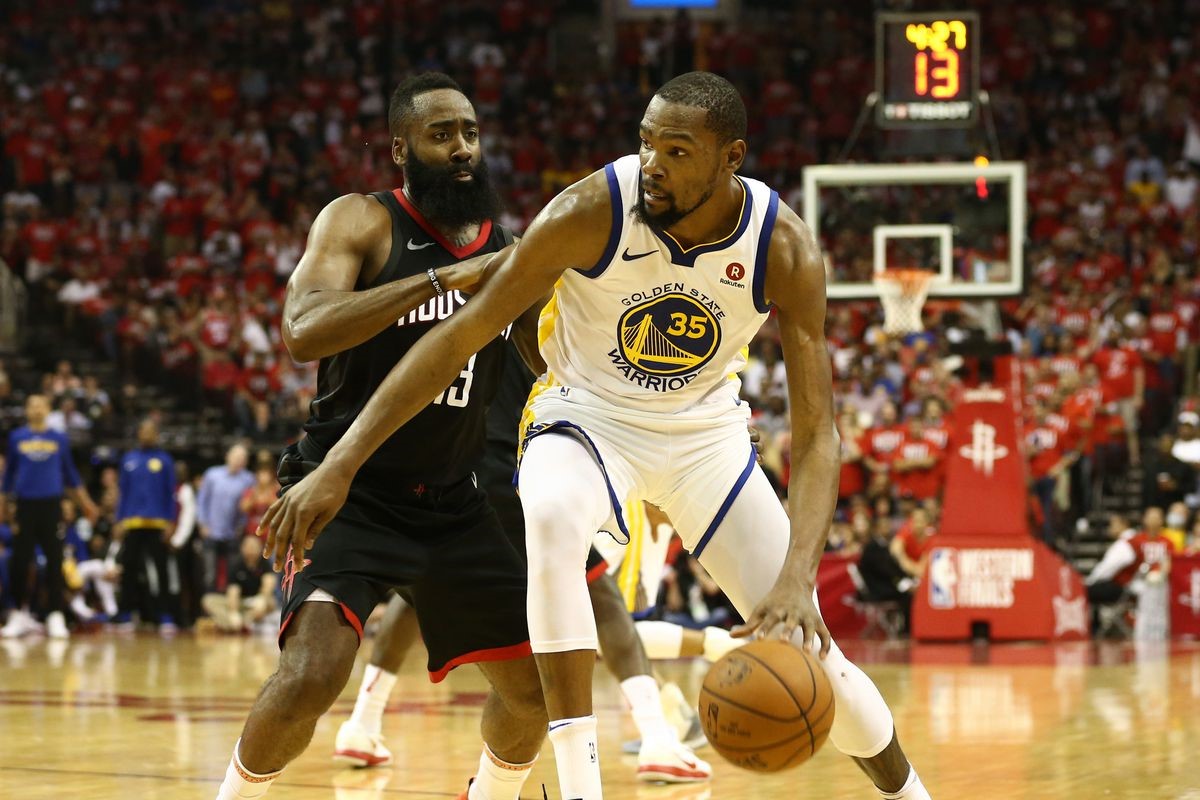 For the Warriors, Kevin Durant continued to torch the nets with a game high 38 points. KD made 13-22 shots, including 3-7 from behind the three point area. It was Durant’s 20th playoff game with 35+ points while shooting at 50% or better from the field. Among active players, only LeBron James has more with 38 such games.

After Game 1, Rockets’ coach Mike D’Antoni told reporters that Durant wasn’t their concern at all. Well, he was right - at least in this game, as the Rockets withstood another mammoth performance by last season’s Finals MVP. The key to stopping the Warriors’ offense was limiting the other starters as Kevin Durant outscored the rest of the starting unit 38-35 in Game 2.

For the second straight game, Stephen Curry had a rough shooting night. The Warriors’ two time MVP shot 7-19 from the floor for a total of 16 points, his lowes output of the current playoffs. Aside from that Curry shot just 1-8 from the three point area in Game 2. In the two games against the Rockets, Curry’s three point shooting has only been 2-13 or 15%. That’s obviously not Steph Curry numbers.

Klay Thompson, who lit up the Rockets like a flamethrower in Game 1, managed to score just 8 points on 3-11 shooting including just 2-4 from three point area. Thompson had 28 points on 6 three pointers in Game 1.

Draymond Green and Andre Iguodala continued their struggles. The two combined for just 11 points on just 9 field goal attempts. Obviously, their roles in Golden State aren’t that of scorers. But with Houston daring them to take the shot, they must deliver for the Dubs. 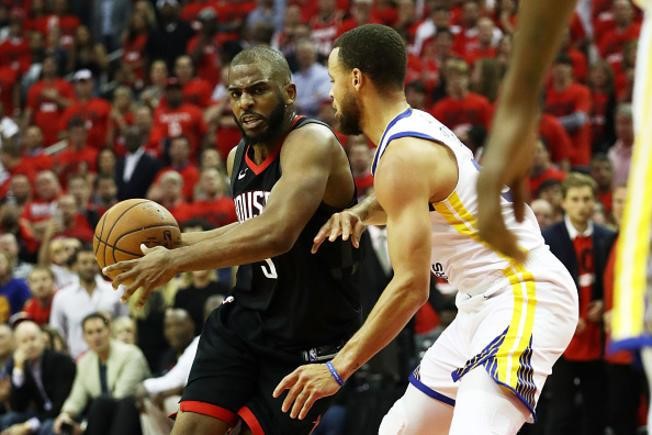 The 22 point loss in Game 2 was the fourth worst and only the fifth 20+ points playoff loss in Golden State’s franchise history. But if there’s anything positive about that, it’s the fact that the Warriors have gone on to win the next game in three of four previous 20+ points playoff loss. With Game 3 set on Sunday at the Warriors’ Oracle Arena, the Dubs can’t be more confident after this loss.

This was the Warriors first Game 2 loss since the 2015 NBA Finals, snapping a 10 game winning streak in Game 2s played. Meanwhile, the Rockets avoided losing consecutive games for the first time in the current playoffs and also avoided losing back to back games ( playoffs or regular season ) with James Harden and Chris Paul playing together.

No team that won 65+ games during the regular season has opened a playoff series down 0-2. The Rockets avoided that fate and now they will look to regain the precious home court advantage they yielded in Game 1.