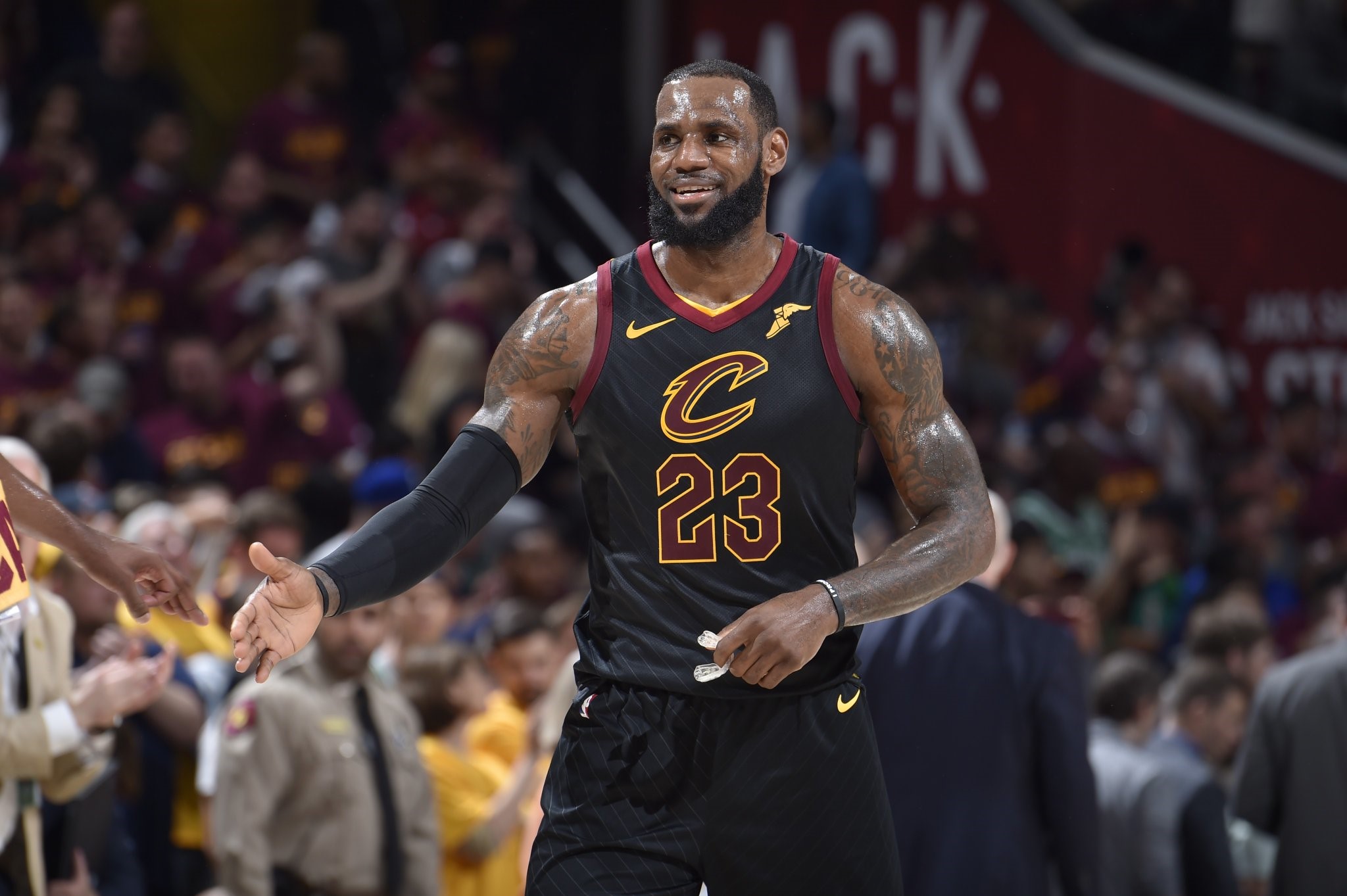 Day 33 of the NBA Playoffs: LeBron Powers Cavs To Equalizer

The Cleveland Cavaliers bounced back in the 2018 NBA Eastern Conference Finals with a big 22 point win over the Boston Celtics in Game 3. With the victory, Cleveland cut Boston’s series lead to to 2-1 heading to Game 4 at the Cavs’ Quicken Loans Arena. On Monday night, the Cavs had the opportunity to level the series and they did not disappoint the 20,562 hometown fans who cheered loudly for them.

In another big game for the Cavs, LeBron James delivered another virtuoso performance as Cleveland held off a second half rally by the Boston Celtics to prevail 111-102 in Game 4 of the 2018 Eastern Conference Finals. With the win, the Cavs have forced a 2-2 tie with the Celtics heading to Game 5 in Boston on Wednesday.

The Cavs are attempting to become only the 20th out of 300 teams to overcome a 0-2 playoff deficit and win a series. On Monday night, they moved two wins away from accomplishing that feat. 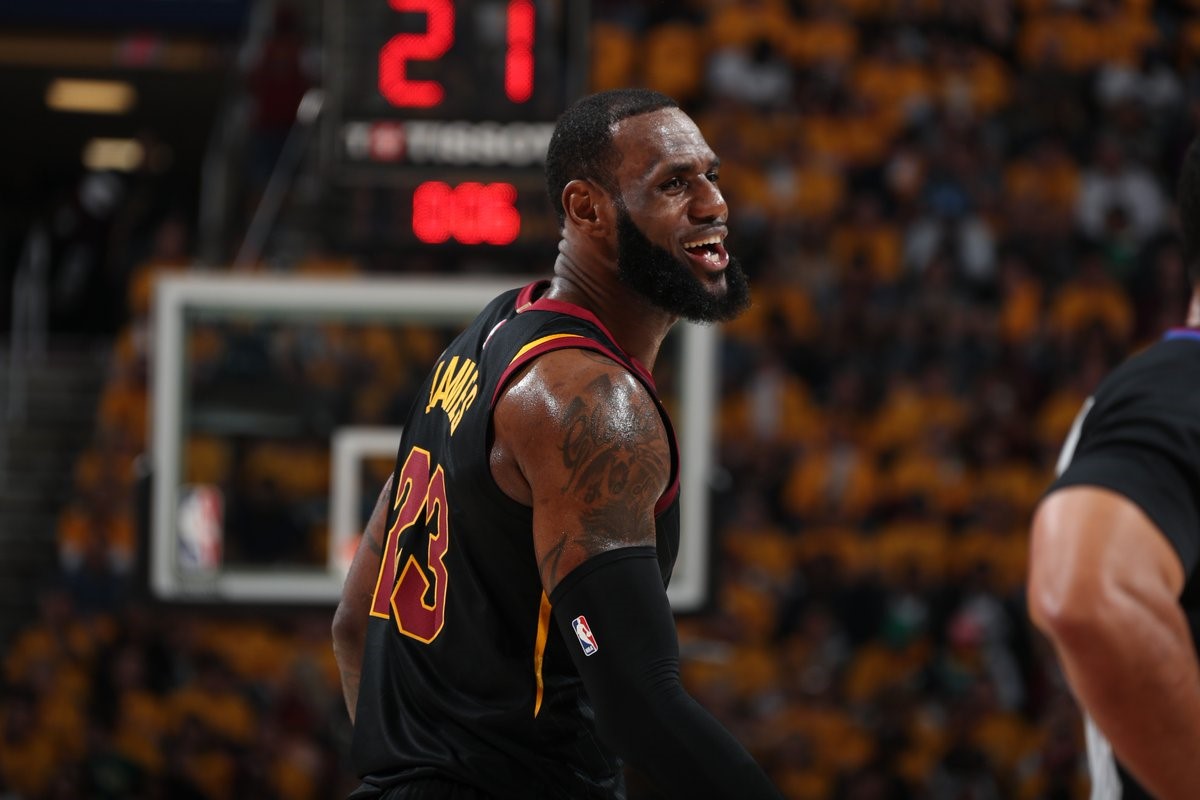 LeBron James presided over the Cavs’ offense as usual, scoring a game high 44 points on top of 5 rebounds, 4 assists and 1 steal. It was his second 40 point game of the series and he now has two 40 point games in each of the three series he’s played in the current postseason. James’ six 40-point games this postseason is the most since Allen Iverson in 2001. Only Michael Jordan who had 7 in 1989 and Jerry West who had 8 in 1965 have more in NBA Playoffs history.

James needed six field goals to overtake Kareem Abdul Jabbar as the NBA’s all-time playoff leader in field goals made. King James broke the record in the first half, where he scored a total of 22 points on 8-11 shooting. It was the 9th time this postseason that James had scored at least 20 points at the end of two quarters.

Early in his career and even in his days at Miami, LeBron James was often criticized for settling for jump shots instead of using his physical gifts to score on drives and post ups. But during this playoffs, and this game in particular, James used his height, heft and skill to bully every defender that Brad Stevens put in front of him.

James took only four three pointers on Monday and made one of them. 16 of his field goal attempts were from inside the shaded lane and he made all but three of them. He got to the foul line 13 times and he made 9 free throws. Overall, King James shot 17-28 from the floor or 61%.

First Quarter Was The Difference

Kyle Korver had his third straight double digit game of the series with 14 points, all scored in the first half. It’s the first time in this postseason that Korver has scored double digits in three straight games. In the last three games, Korver has shot 13-20 from the floor, including 8-14 from behind the three point line.

Tristan Thompson had his first double double of the series with 13 points, 12 rebounds, 2 blocks and 1 steal. Thompson hasn’t played as many minutes this postseason as you’d think he would, given his championship experience. But he’ showed up in big games, coming up with 15 points and 10 rebounds in the deciding Game 7 of the first round and 14 points and 12 rebounds in the tone-setting Game 1 win over the Toronto Raptors in Round 2.

Moving forward, Thompson looks to be a crucial piece for the Cavaliers as his job is to hold down Al Horford who has been having an excellent postseason for the Celtics. Thompson helped shut down Horford to just 4 points in Game 3. Big Al had 15 points but on 5-13 shooting. Most of his points came after the first quarter which pretty much decided the final outcome.

Although the Cavs led most of the way in Game 4, it wasn’t a one-sided game for 48 minutes. If you take a look at the quarter scoring, it was Boston who outscored Cleveland in three out of the four quarters of Game 4. However, Cleveland’s big first quarter was the difference in the game. The Cavs led 34-18 at the end of one.

Entering Monday night, LeBron James was 13-0 all-time in the playoffs when his team is up by 15 or more points at the end of the first quarter. The Cavs were up by 16 at the end of one. Boston came no closer than seven points the rest of the way as LeBron James answered every Celtics rally. 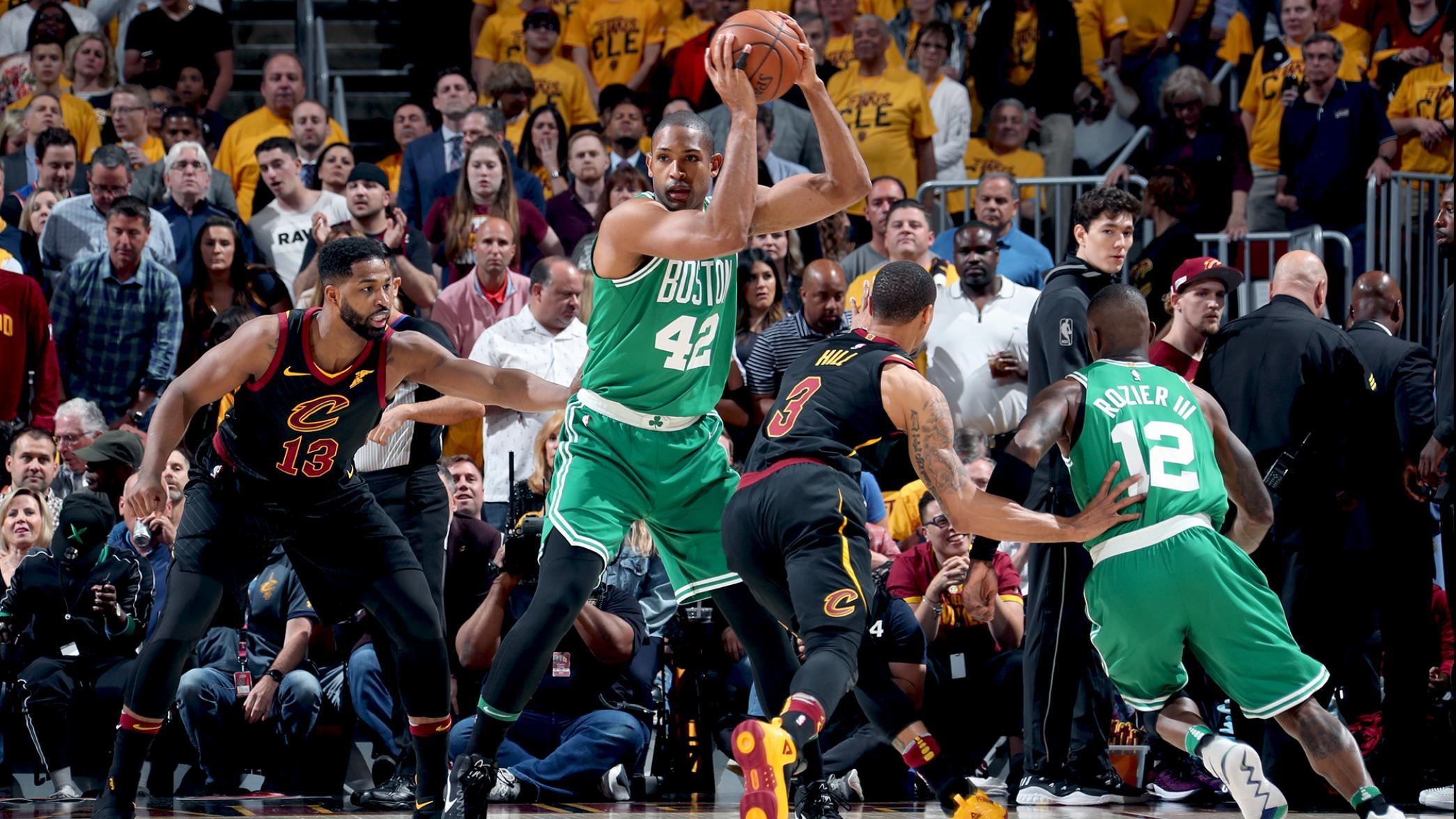 Despite the loss, Boston and Brad Stevens has to be happy with their effort in Game 4. Boston fell behind by as much as 19 points during the game but they came back and cut the lead to single digits with still enough time left for a come from behind finish. But it was just not meant to be.

Boston’s lackluster effort in Game 3 carried over to the first quarter and that’s what cost them the game. Boston’s 16 point deficit at the end of the first period wa the largest first quarter deficit that that they’ve faced this postseason. They also shot at a paltry 27% from the floor during the first quarter. That was the second lowest allowed by the Cavs in the ongoing playoffs

But after a slow start, the Celtics played like the team that is undefeated at home. Al Horford, Jaylen Brown and Jayson Tatum got going as the game went on. Brown had a huge bounce back game after just 10 points on 8 shots in Game 3. He led the Celtics in Game 4 with 25 points on 10-23 shooting. Tatum added 17 points, Terry Rozier 16 and Al Horford finished with 15 points. But they came on late when Cleveland already had enough cushion.

Moving forward though, that kind of effort was all Brad Stevens needed to see from his team. The Celtics cut a 19 point deficit to 7 and put themselves in a chance to win the game. The change in scenery in Game 5 should win the game for the Celtics. Boston is still undefeated at home at 9-0 and they are 37-0 all-time in playoff series where they led 2-0. That’s still a tough act to beat for the Cavs.

But Cleveland also has a piece of history going for them. LeBron James has won the last three series where his team trailed 2-1. Two days ago, the Cavs were on that boat. Now they’ve pulled even and it’s an entirely different series now as the 2018 Eastern Conference Finals is now down to a best of three series between the Celtics and Cavs.