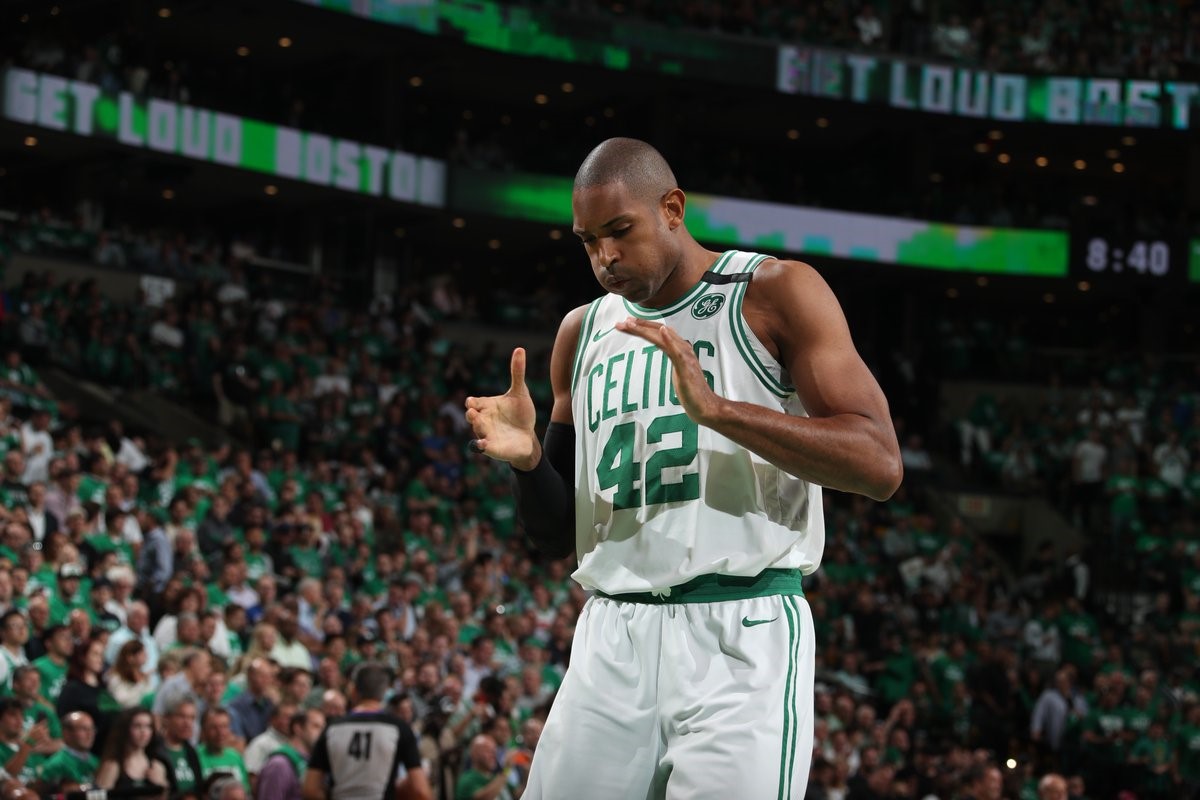 Day 35 of the NBA Playoffs: Celtics Are One Win Away From Making The NBA Finals

Don’t look now but the undermanned and overlooked Boston Celtics are just one win away from making the NBA Finals.

The men in green dominated the Cleveland Cavaliers from start to finish en route to a masterful 96-83 win in Game 5 of the 2018 NBA Eastern Conference Finals at the TD Garden in Boston on Wednesday night. The win was Boston’s 10th in a row in the current playoffs and it puts them on the precipice of the NBA Finals.

Best Game of The Series

This was Tatum’s best game of the series and his first 20 point game in the 2018 Eastern Conference Finals. Prior to facing the Cavaliers, Tatum racked up seven consecutive games with at least 20 points. It’s also the first time in his playoff career where he made more than two three pointers in a playoff game.

Aside from his scoring, Tatum did a little bit of everything for the Celtics. He pulled down seven rebounds, handed out four assists, blocked two shots and stole the ball four times. His two blocks are a playoff career high while his four steals matches the most of his young career, set in the first round against the Milwaukee Bucks. 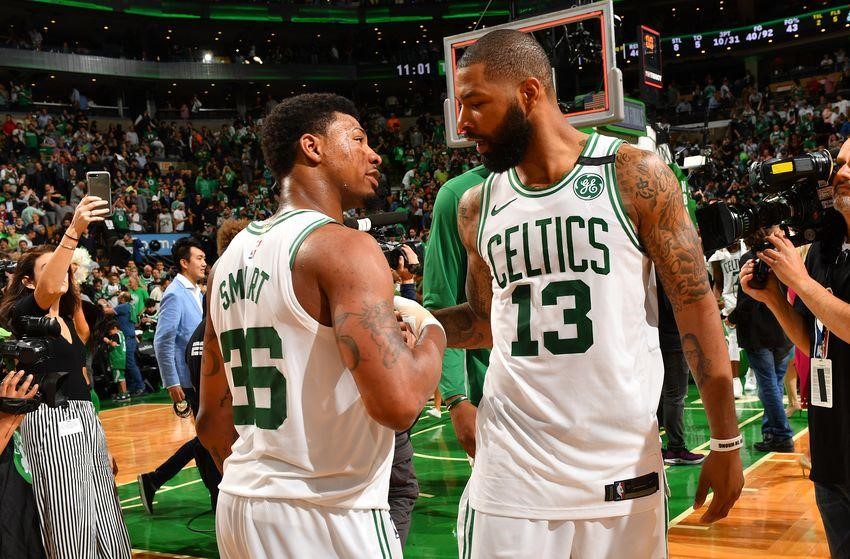 Aside from Tatum, four other Celtics scored in double digits led by Al Horford who had a strong showing with 15 points and 12 rebounds. Jaylen Brown has another strong game with 17 points although he shot just 4-15 from the floor and 2-8 from the three point area. Like Brown, Terry Rozier also struggled, missing 12 straight shots at one point. However, Rozier hit a pair of crucial baskets in the fourth quarter and finished with 8 points in the game.

Marcus Smart shined off the bench again with 13 points on 5-9 shooting including 3-6 from three point territory. Smart also had 4 rebounds, 4 assists and 1 steal but most importantly, he brought plenty of intangibles which do not show up in the stats sheet.

Is The King Slowing Down 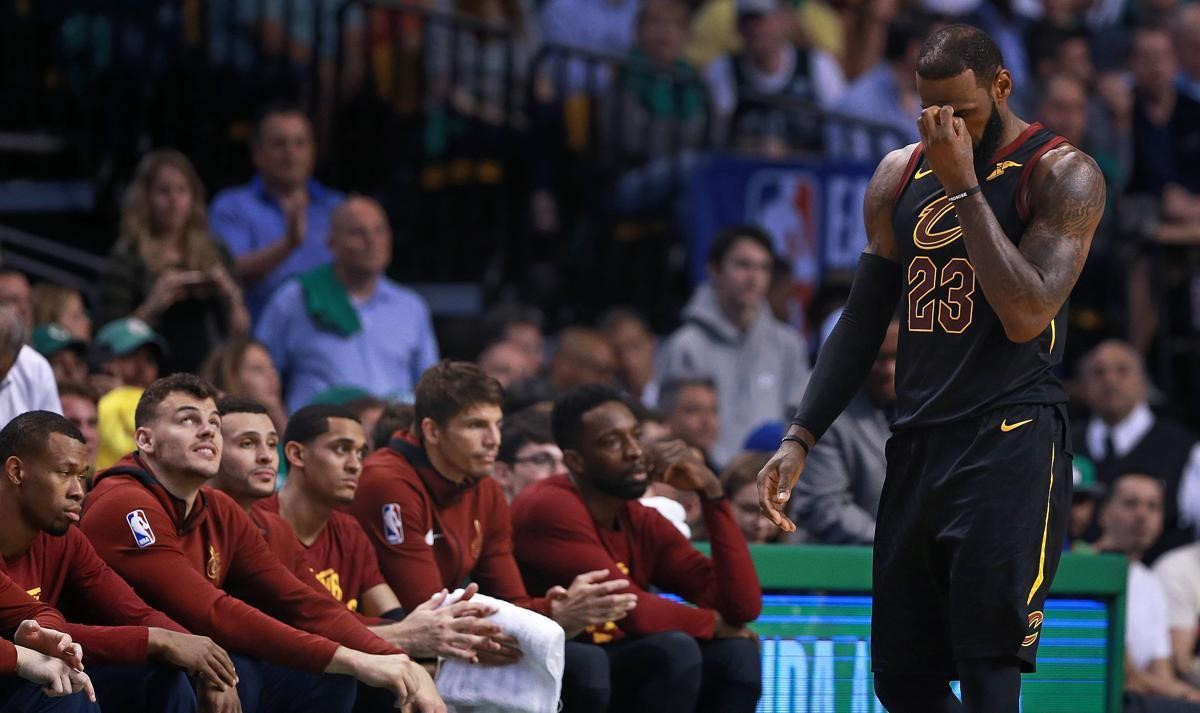 Boston’s other Marcus, Marcus Morris also scored in double digits with 13 points. Morris shot poorly from the floor at 5-13 but he made 3-6 three pointers in Game 5. Likewise, Morris made his presence felt on defense again. In 15 possessions guarding LeBron James in the first half, James went scoreless on just one field goal attempt. The Cavs were 1-12 in those possessions.

For the first time during the 2018 Playoffs, LeBron James showed signs of mortality. For sure, he will deny that he is tried but his body language couldn’t be denied. James was seen several times holding his waist or with his head down. Although we’ve seen him play one of his best playoffs ever ( if not the best ) a lot of people were curious how long LeBron James could keep up that pace.

James leads the playoffs in playing time at 40.7 points per game or 3.8 more minutes than he played per game during the regular season. And given that Cleveland has played a total of 16 games already in these playoffs, you’ve got to wonder if James’ 33 year old body can hold this form until the end of the NBA Finals. 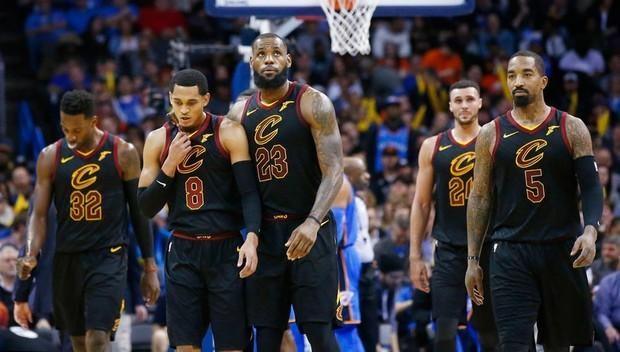 Whether King James has run out of gas or not is another story. The big story of Game 5 was his supporting cast disappearing in the midst of another balanced attack by the star-less Celtics. It was obvious right from the start of the game.

LeBron James had 8 points on 3-6 shooting while Kevin Love scored 10 points on 4-6 shooting for the Cavs at the end of one. However, they were the only players from Cleveland who made a field goal in the entire first quarter. On the other hand, seven different players from Boston scored in the opening quarter.

When all was said and done, James and Love combined for 40 points while the rest of the team scored just a total of 43 points. The other three starters for the Cavs - J.R. Smith, George Hill and Tristan Thompson, combined for just 10 points on 2-10 shooting. No other Cavs player scored in double digits as Kyle Korver was the third leading scorer with 8 points for Cleveland.

More Than The Leprechaun’s Luck 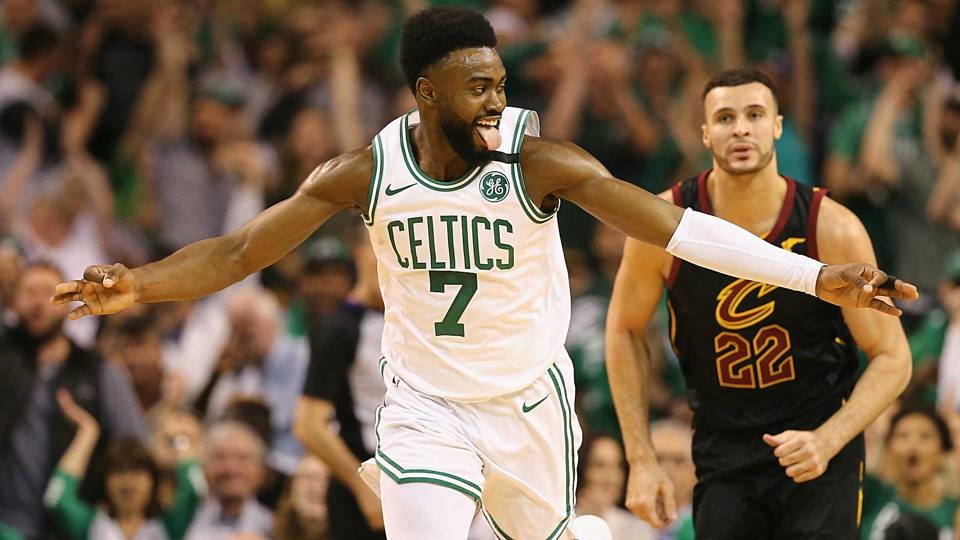 When the Celtics escaped elimination in Round 1 against the Milwaukee Bucks, some were saying it was because of the luck of the leprechaun. Their easy second round win over the upstart Philadelphia 76ers was another surprise. But now that they are just one game away from the NBA Finals, what Boston has done isn’t purely luck.

A lot of people give credit to Brad Stevens’ brilliant coaching for holding the Celtics together despite losing their two best players to injury. But with all due respect to Stevens’ genius, it was his team’s resilience and desire that put them on the cusp of advancing to the 2018 NBA Finals.

With their 10th straight win at the TD Garden in the 2018 playoffs, Boston now joins six other teams to accomplish the same feat. Five of those six teams went on to win the NBA title, except the Utah Jazz which lost to the Chicago Bulls in the 1997 NBA Finals. It will be interesting where these Celtics will end up. But the team which wins Game 5 in a best of seven series that was tied at 2-2 ends up winning the series 83% of the time.

Game 6 is at Cleveland on Friday night, where LeBron James hopes to extend his streak of seven straight NBA Finals appearances. Should the Cavs win in Game 6, a winner take all Game 7 is set for Sunday in Boston.