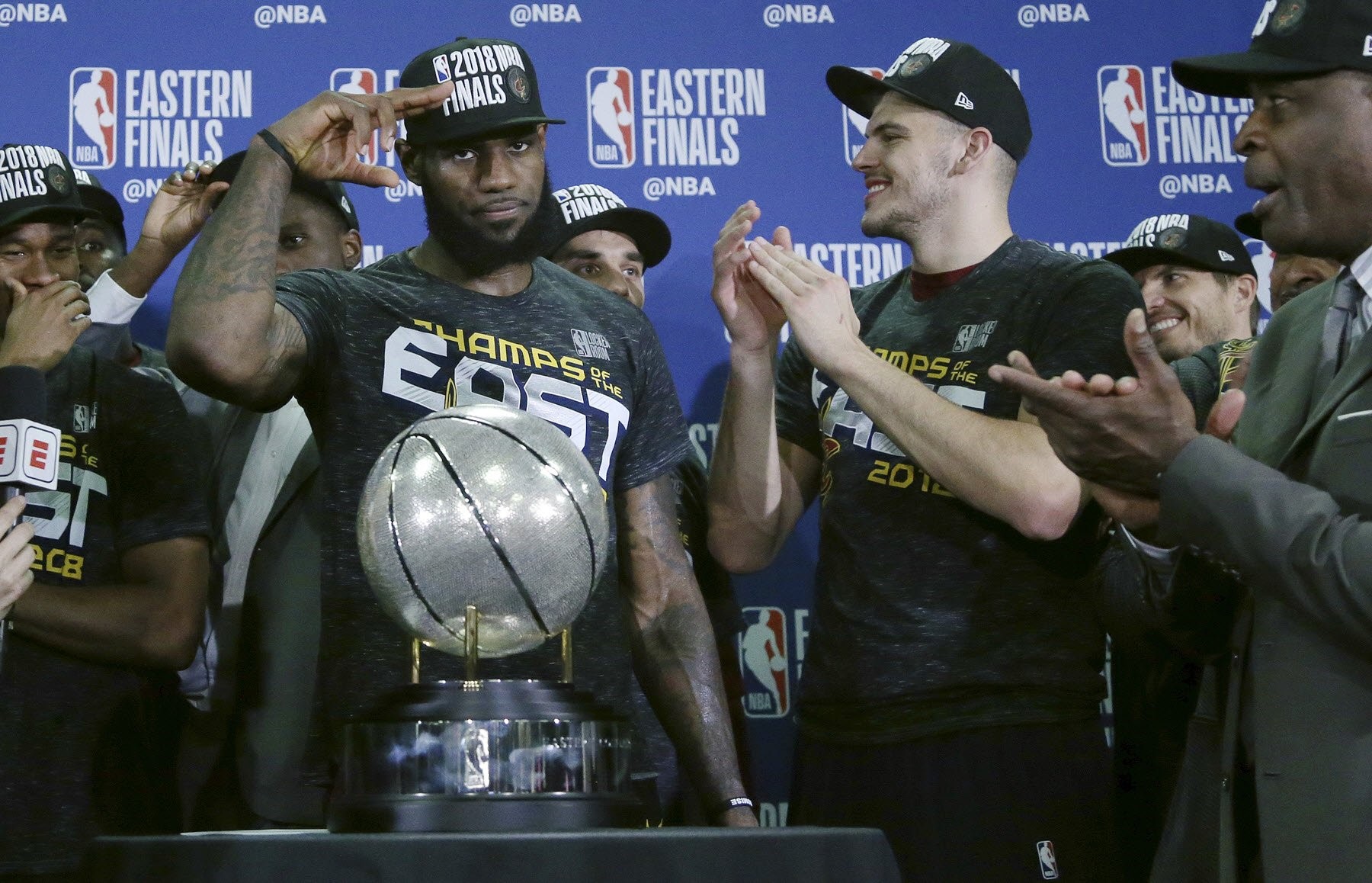 Day 39 of the NBA Playoffs: Cavaliers Return To The NBA Finals

Day 36 of the NBA playoffs saw Chris Paul and the Houston Rockets pull off a crucial Game 5 win against the Golden State Warriors in the 2018 NBA Western Conference Finals. The following day, LeBron James and the Cleveland Cavaliers staved off elimination against the Boston Celtics in Game 6 of the Eastern Conference Finals. On day 38, it was the turn of the defending champions Golden State Warriors to avoid an early exit. With both Conference Finals headed to a deciding Game 7, the 2018 NBA Playoffs went to its most exciting point.

Whose History Would Hold? 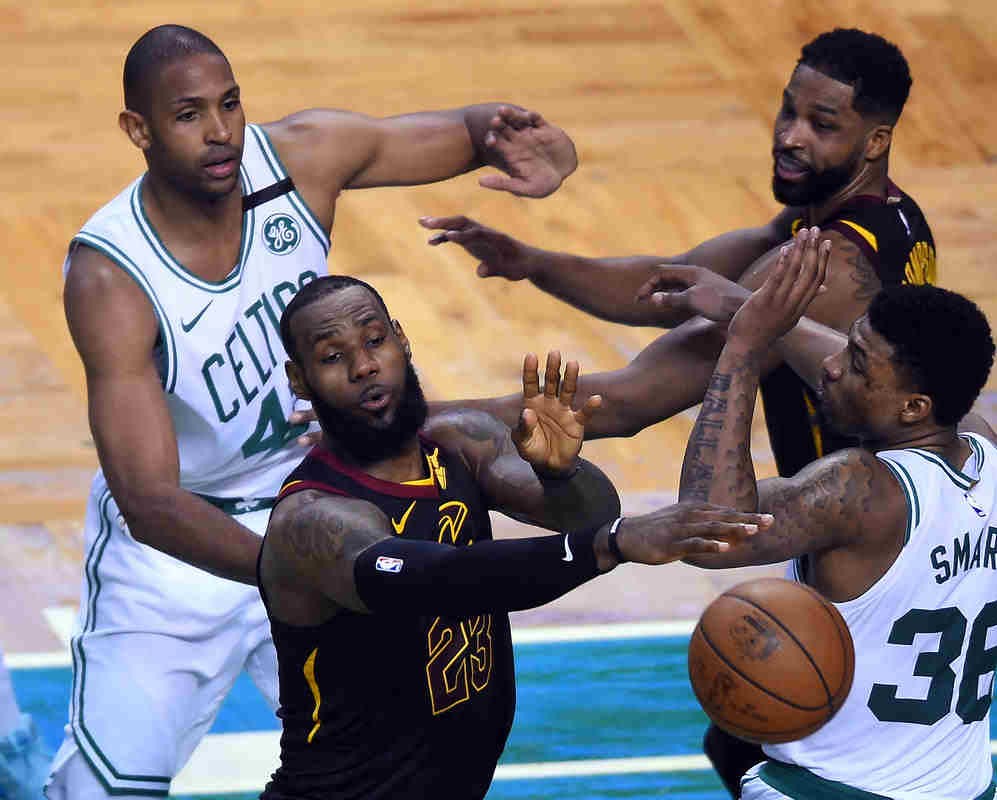 On Day 39, the Celtics and Cavaliers settled who would represent the Eastern Conference in the 2018 NBA Finals. LeBron James was looking at a fourth consecutive Finals appearance while the Boston Celtics were looking to win their 38th consecutive playoff series ( without a loss ) after taking a 2-0 lead in the said series.

Heading to Game 7, the Celtics were also a perfect 10-0 at the TD Garden in the current postseason and at 23-8 all-time, they also had the best Game 7 record among NBA teams who have played at least two such games. But the Celtics weren’t the only ones who had history on their side.

Prior to Sunday, LeBron James had played in seven career Game 7s and his record in those games was an impressive 5-2. His last Game 7 loss was a decade ago but coincidentally ( or not ? ) it came against the Boston Celtics in the 2008 Eastern Conference Semifinals. The King has avenged that loss. 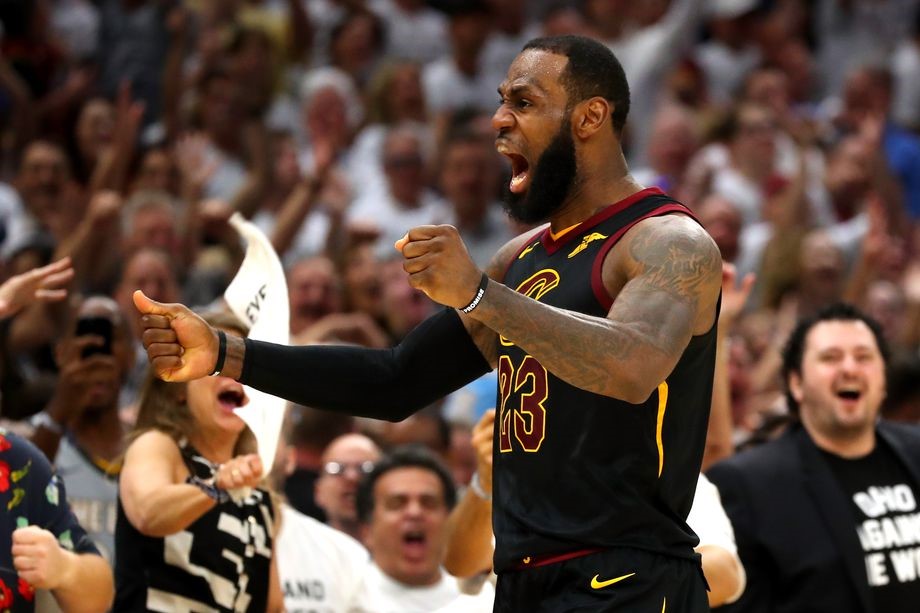 LeBron James scored 35 points, grabbed 15 rebounds and issued 9 assists as the Cleveland Cavaliers beat the Boston Celtics 87-79 in Game 7 of their Eastern Conference Finals. With the win, the Cavaliers advance to their fourth straight NBA Finals while James won’t be denied his 8th consecutive appearance in the NBA championship series.

King James played all 48 minutes of the game and only took time to rest during quarter breaks and when Tyronn Lue called timeouts. But despite that and the fact that he’s logged the most minutes of any player in the current playoffs, James still emerged one assist shy of yet another playoff triple double.

James shot 12-24 from the floor, 3-8 from the three point area and 3-4 from the line as he helped the Cavs hold off the stubborn Celtics. He also did his job on the defensive end by defending a game-high 19 field goal attempts and holding down the Celtics to just 6-19 from the floor with him as primary defender.

The Celtics led 72-71 after a dunk and three point basket by rookie Jayson Tatum. But the Cavaliers unleashed a 16-7 finishing kick that eliminated the Celtics and put James back on the big stage where he’s played since 2011. He becomes only the 5th player in NBA history to play in eight straight NBA Finals and is the only one not from the Boston Celtics 60’s dynasty teams to do so.

His Best Work To Date 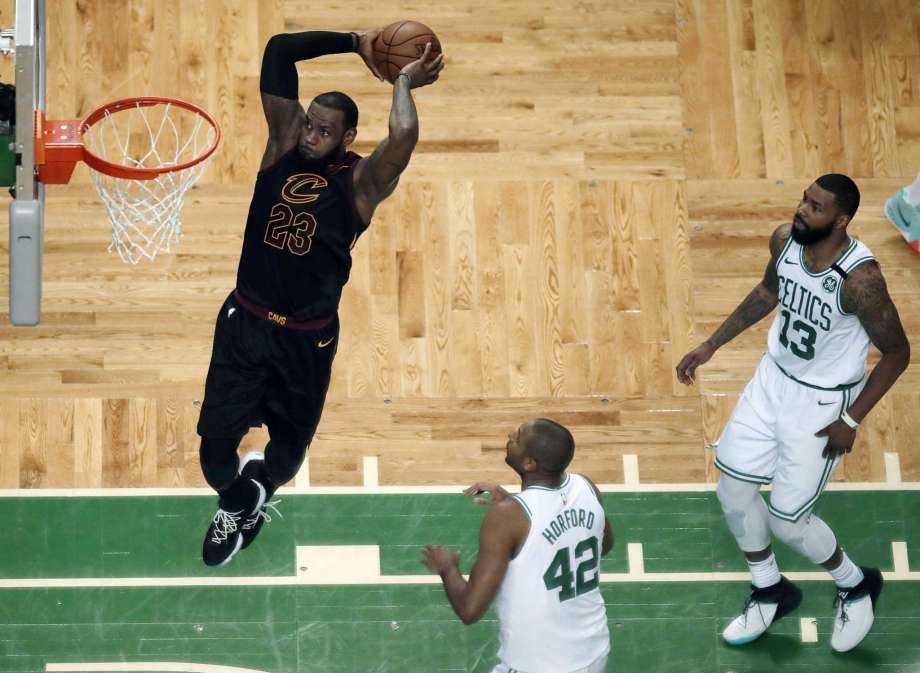 But this may be his best work in all eight Finals appearance because he is doing so with probably the worst supporting cast during his streak. The Cavaliers struggled after trading Kyrie Irving during the offseason and then decided to overhaul their roster at the trade deadline. They didn’t just yield the top spot in the East to the Toronto Raptors but they struggled to get home court advantage in the playoffs.

Cleveland then needed the full seven game series to oust the Indiana Pacers in Round 1 but surprisingly had an easy time dispatching the top seeded Raptors in the second round. They opened the Eastern Conference Finals with two consecutive losses to the Celtics in Boston but fought back to win the next to at home and tie the series at 2 games apiece. The teams then split their next two games to force a sudden death Game 7 but the Cavs weren’t just at a disadvantage because the Celtics had home court advantage but because they lost Kevin Love to injury in Game 6.

Love’s injury was just one of the many roadblocks that the Cavaliers faced this season. But they overcame each one and now will wait for the winner of the Western Conference Finals. Top seeded Houston and defending champions Golden State will settle their score on Monday. 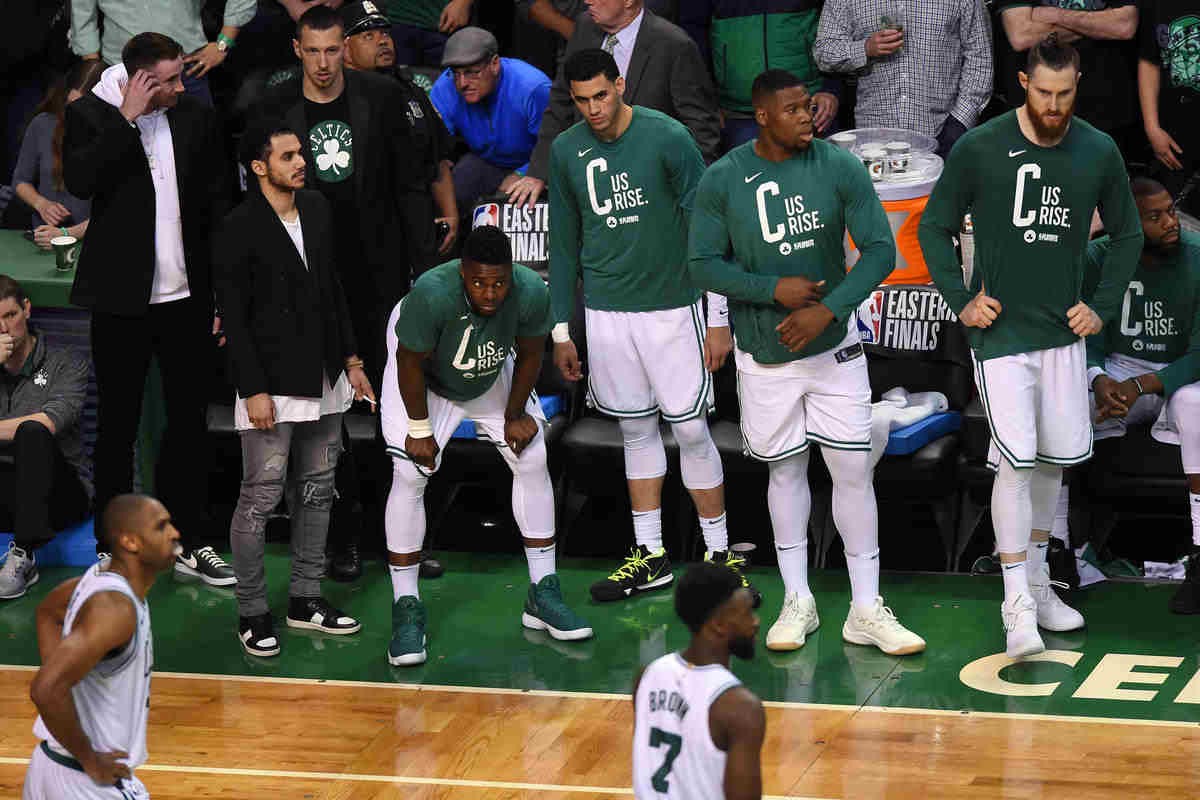 It was a tough loss for the Boston Celtics who led the series 2-0 and then 3-2, only to lose to the Cavs. But it was a good learning experience for their young players who defied all expectations by making the Eastern Conference Finals for the second straight season even with their top two stars - Kyrie Irving and Gordon Hayward on the injured list.

The longer they played without Irving and Hayward, the more dangerous the Celtics became with their balance. Boston didn’t just see Jaylen Brown’s growth accelerate, they also found a gem in rookie Jayson Tatum, who has emerged as a future star in the league. Tatum led the Celtics in scoring in the playoffs. He finished with 24 points in Game 7 to become the only rookie in NBA history to have multiple 20 points Game 7s.

But while the Celtics overachieved, they missed Irving and Hayward so badly in Game 7. Without the shot making abilities of their go to guys, Boston struggled to find offense in the final 6 minutes of the 4th quarter which ultimately decided the game. The Celtics went 2-13 during that stretch, including 1-9 from behind the three point line and 2-4 from the foul line.

Despite the loss, Boston has without doubt established itself as the team of the future in the Eastern Conference. But with Irving and Hayward set to return next season, Celtics boss Danny Ainge and head coach Brad Stevens will have decisions to make regarding their roster. With the talent they have though, that will be a ‘good problem’ to have.

For now though, the spotlight is on LeBron James and his Cavs. James is due to become a free agent after the season and there are speculations that he may be leaving Cleveland, especially after how much load he has had to carry this season. But perhaps another ring will change all that. Cleveland though has a herculean task ahead as they will face either the defending champions Golden State Warriors or Houston Rockets in the 2018 NBA Finals. With the best player in the planet on their side though, nothing is impossible. We saw that on display on Sunday night.