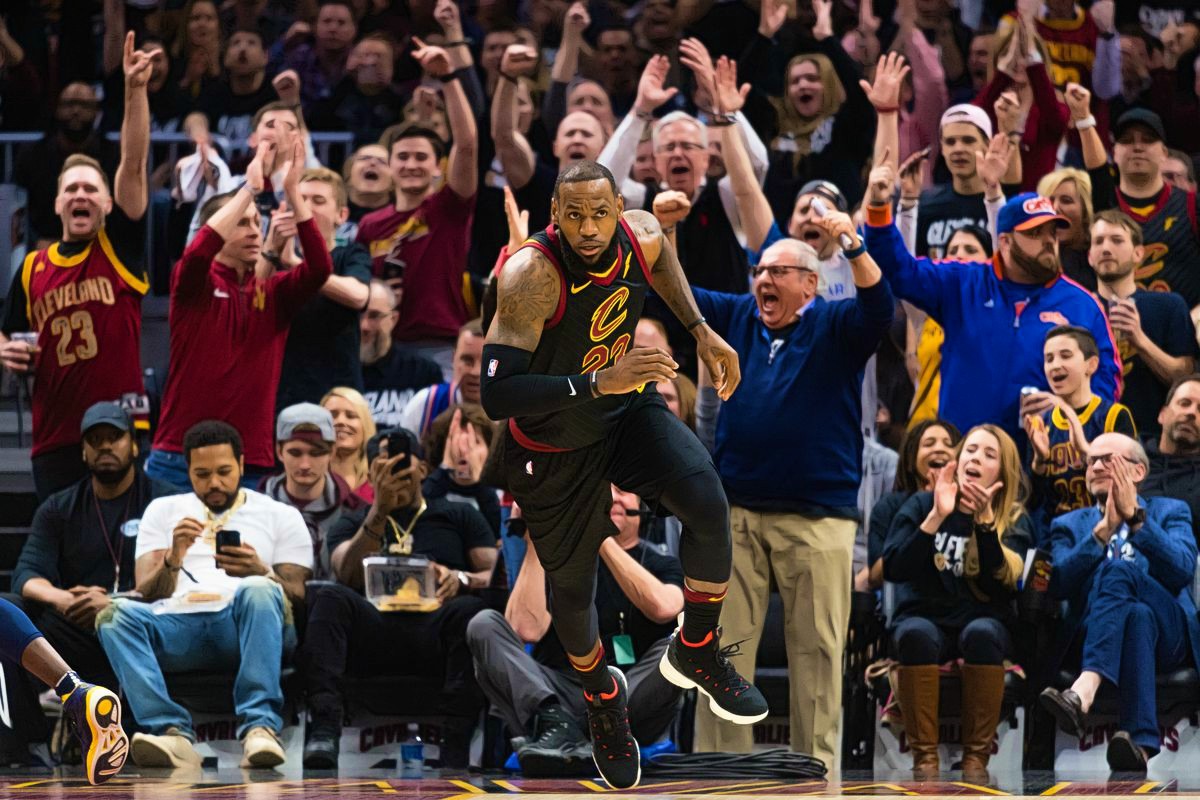 The atmosphere at The Quicken Loans Arena felt like a Game 7 of a championship series, only that the Cavs were playing just to tie their first round series one game apiece after being annihilated 98-80 in Game 1 at their home floor. 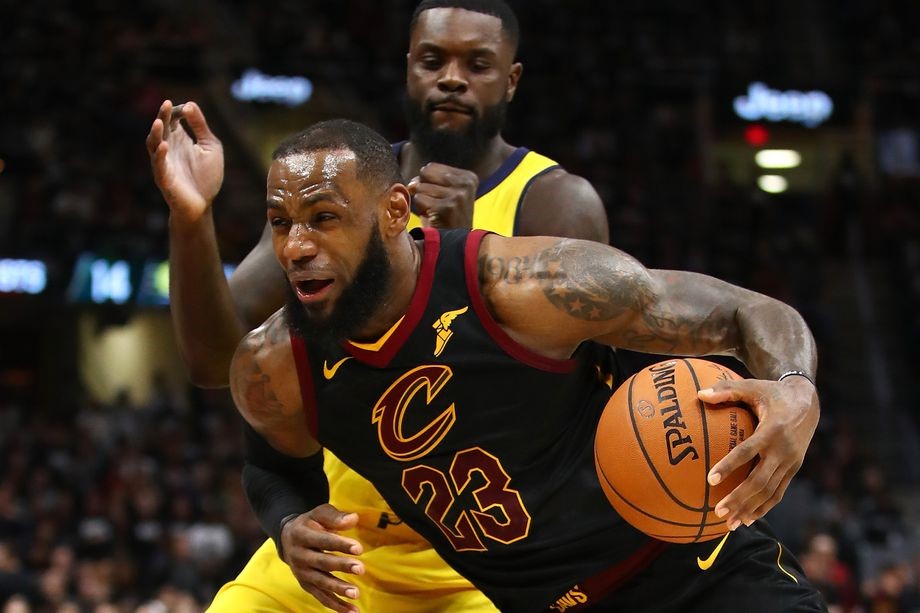 LeBron James was spectacular from start to finish, aggressively attacking the basket and halting the Pacers each time they threatened. King James finished with 46 points on 17-24 shooting, including 2-5 from behind the three point line and 10-13 from the foul line. He also added 12 rebounds, 5 assists and 2 steals for the Cavs.

But the Cavs barely won Game 2, 100-97 and James played all but 8 minutes of the game. You’ve got to wonder how the King is feeling when after such herculean effort, hos Cavs barely dodged a bullet. Had Victor Oladipo not miss the potential game-tying three pointer with 27 seconds left in the fourth period, who knows what could’ve happened.

Sure, a win is a win and it’s obviously better that Cleveland is headed to Indiana tied 1-1 rather than trailing 0-2. But with James exerting too much time and energy just to even the series, this is obviously not how and where the Cavs wanted it to be at this stage of the series.

Racing To An Early Lead 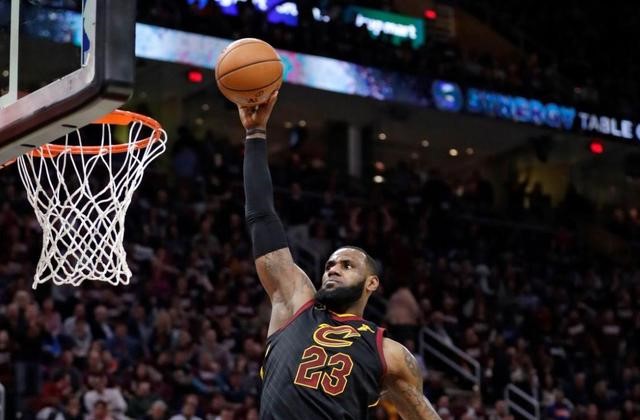 James scored the first 16 points of the game ( not just the Cavs ) as Cleveland raced to an early 16-0 lead out of the gates. It was the most points scored by a player in the first six minutes of a playoff game in 20 years. And It was simply breathtaking to watch LeBron James make one basket after another, taking over a game like he’s done so many times in the past.

"Coach Lue called up the first play for me and it went down," James said. "So we went back to it. I was able to hit another one. And it just felt like I was in a really good rhythm, so I just tried to see how long I could stay in that zone and try to make a mark on the game early on….I played my game.”

No question that James played his game. It was one of those special games and the 20th 40 point postseason game in LeBron’s sure fire Hall of Fame career, tying the legendary Jerry West for second most in the history of the NBA. It was also the 10th 40-10-5 playoff game of James’ career, No other player in the last 34 years has had more than five of such games. But while the King had another royal game, his teammates did not - again.

The Korver Kounter is out in full force!

Cleveland’s starters got outscored by 27 points, 76-49, in Game 1. So Tyronn Lue shook up his starting lineup and started Kyle Korver and J.R. Smith while removing Rodney Hood and Jeff Green who started Game 1. Green went a scoreless 0-7 in 27 minutes while Hood only had 9 points in 21 minutes during the opener. Korver and Smith combined for 17 points in Game 2. Better but still not enough.

Starting point guard George Hill, who only scored 7 points in Game 1, scored just 6 points on three shots in Game 2. All-Star forward Kevin Love, who is supposed to replace Irving as the Cavs’ second option, finished with 15 points but on 5-16 shooting. Love only scored 9 points on 8 shots in Game 1.

Good thing for the Cavs, they have the best player on the planet on their side. With James pouring in 46, the Cavs’ starters outscored their Indiana counterparts in Game 2, 84 to 72 but the four other Cavs’ starters combined for just 38 points, six fewer than King James’ total. If you take out the King’s 46, it would have easily been another rout for the Pacers. 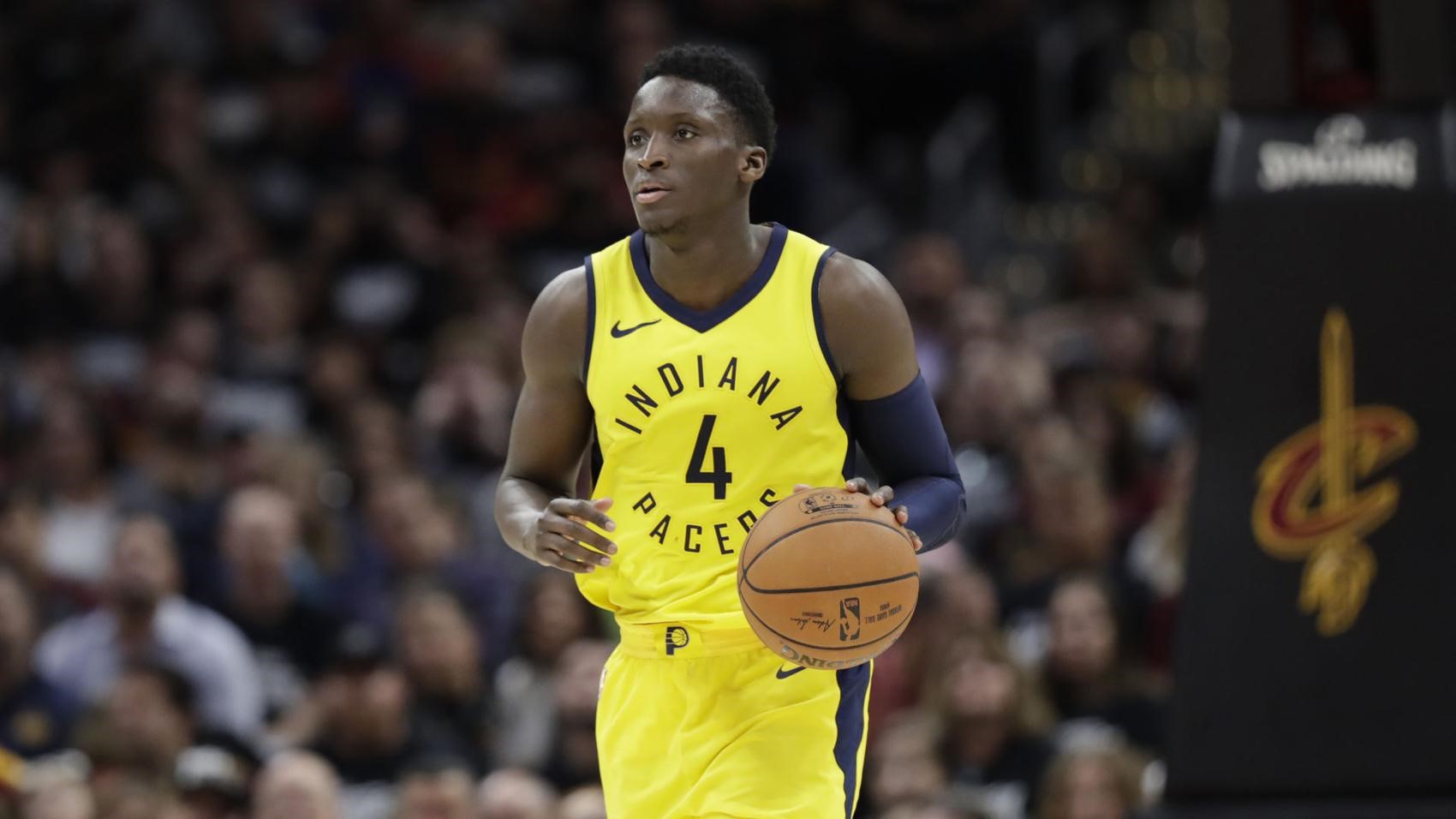 Despite losing the game, the Indiana Pacers went to their locker room with their heads held high. They took the best that LeBron James has to offer and yet fell short by just one three pointer. And to think that it was probably the most open shot Oladipo has gotten in two games, it was a rather ‘good miss’. Shrugging his shoulders, Victor Oladipo said on the missed shot:

"I got a clean look, I shot and I just missed. If I had that look again, I would take it every time."

The Pacers shot just 6-22 ( 27.3% ) on three pointers on Wednesday. They were 11-28 ( 39.3% ) from beyond the arc in Game 1 and if Oladipo had taken that shot on another given day, he probably would have made that basket. But he missed and LeBron James ( him again ) got the rebound and sealed the game with two foul shots.

"Take nothing away from what he's done, but he had 46 points and we lost by three," Said Pacers’ forward Thaddeus Young. "We punched them, they punched us. We're very, very confident.”

How Long Can He Maintain This Pace? 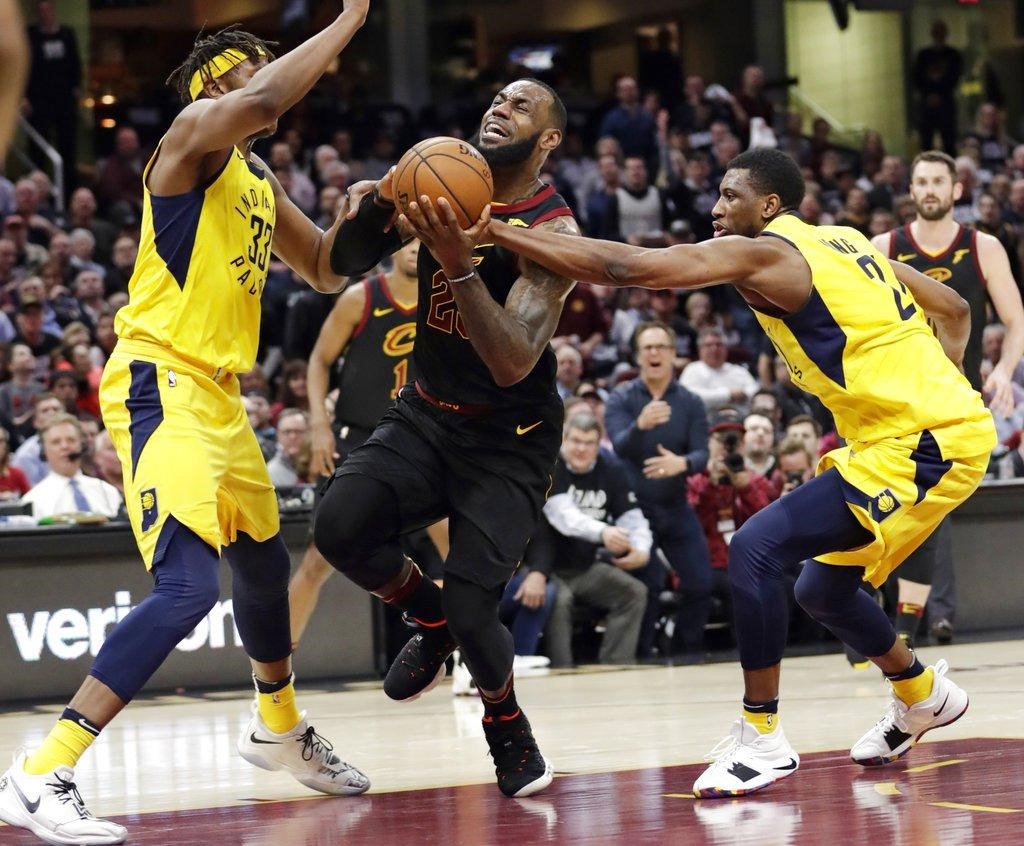 We know that LeBron James is known to take excellent care of his body. We know that he is a special physical specimen at the age of 33. But like you and me, he is only human. And like any mortal, the more mileage you have, the less you have left in the gas tank as the series and the postseason goes deeper. So while Game 2 was a phenomenal effort by the King, the question is how much longer can he play at this pace with this production during this postseason?

And given that the Cavaliers barely beat the Pacers, how many more nights like these does LeBron have to dish out just to get out of Round 1? Sure, it may ( or may not ) be enough to beat a young contender like the Pacers but for sure, it won’t be enough to beat the best of the West.

If the Cavs want to go to a fourth straight finals, they have to give LeBron the help that he needs. Sure, we are all witnesses to his greatness, but on the court, his teammates can’t be just witnesses. They have do their part because LeBron cannot win it by himself. We saw that during his first tour of duty in Cleveland.

But it’s not that this is by design that he is doing it all because given his new team, LeBron does not have a choice. Gone is Kyrie Irving who helped shoulder the scoring load during their three season title run. Without Kyrie, the regular season was a struggle. Without Kyrie, these playoffs are going to be even tougher. He has probably realized that after two games.