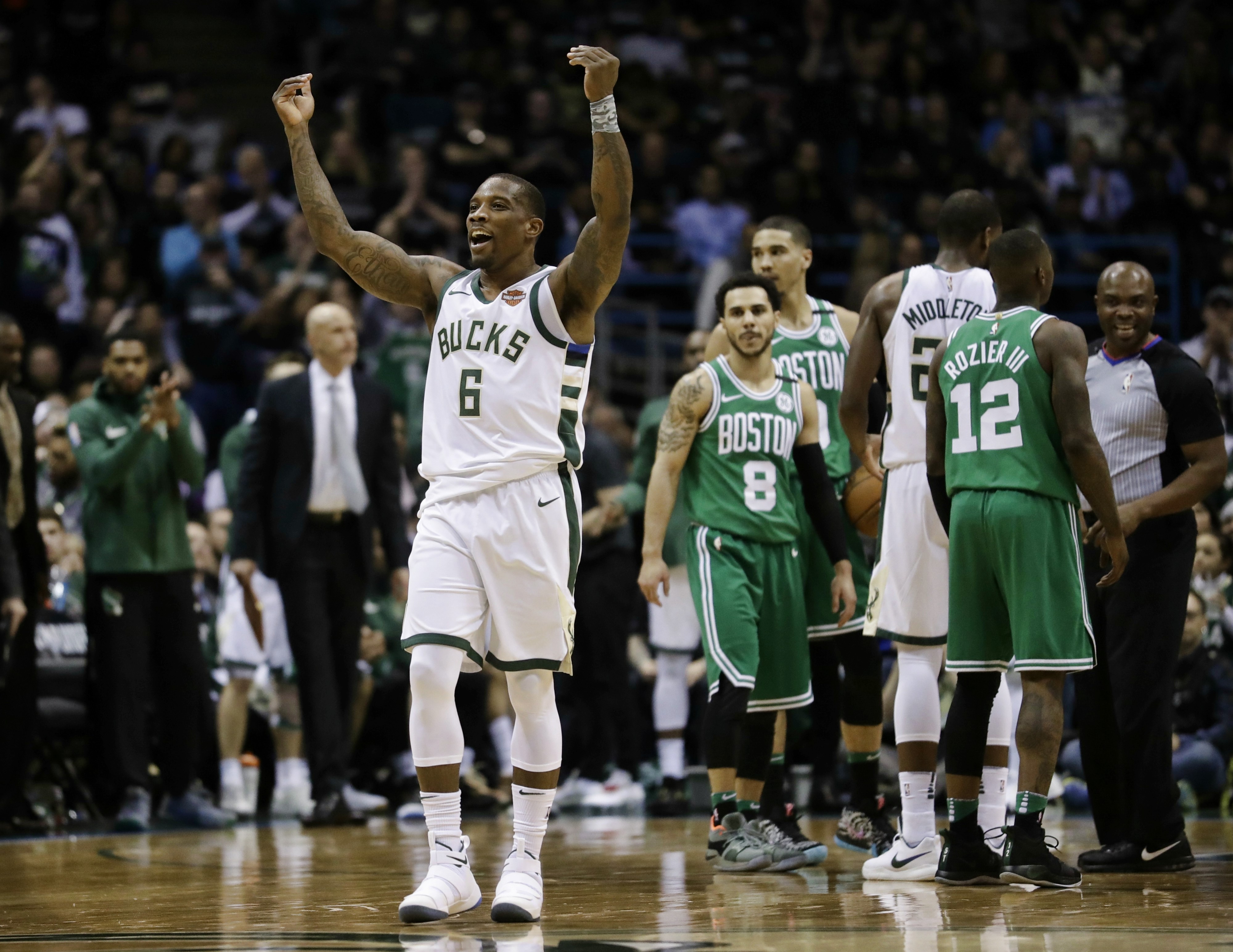 Day 7 Of The NBA Playoffs: Home Teams Sweep The Day

The NBA Playoffs’ first round series now shifts to the homecourt of the lower seeded teams as the Game 3’s are underway. On Friday, three Game 3s were played and all games were won by the home teams.

The Milwaukee Bucks got a big lift from their bench while the Washington Wizards got big games from their stars as they fought off a potential 0-3 hole which would have been almost guaranteed as fatal. No team in 126 previous times has ever come back from a 0-3 deficit in any round of the NBA Playoffs to win the series. With that in mind, the Bucks and Wizards won at home and reduced their series deficit to 1-2. 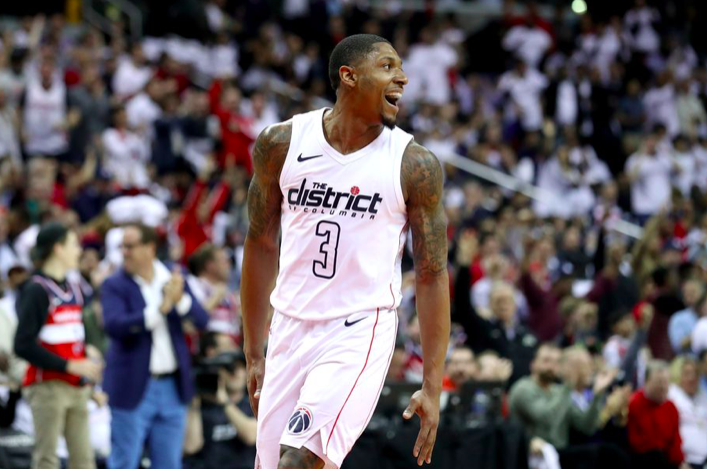 Washington got 28 points each from John Wall and Bradley Beal as the beat the Toronto Raptors 122-103. Washington has not lost in seven games this season when their starting backcourt score at least 25 points each. Beal has averaged just 14 points per game in this series but he already had 21 after just two quarters on Friday night.

Wizards’ head coach Scott Brooks had already thought about starting Malik Scott over Marcin Gortat at the center spot. But Brooks stuck with Gortat in Game 3 and the Polish Hammer responded with his best game of the series with 16 points and 5 rebounds.

The Milwaukee Bucks also got on board in their series with a wire to wire 116-92 win over the Boston. The Bucks were in cruise control all throughout the game after they came off strong off the gates. Milwaukee led 27-12 at the end of one and they never looked back. The game was pretty much out of Boston’s reach as Giannis Antetokounmpo played sparingly in the fourth quarter for Milwaukee.

Milwaukee finally got the contributions they needed badly from their supporting cast. Jabari Parker and Thon Maker who combined for just two points in the first two games of the series, combined for 31 in Game 3. Parker scored 17 points in his third playoff game while Maker added 14 markers.

The Bucks also put the cuffs on the Celtics. After giving up 113 and 120 points in Games 1 and 2, respectively, the Bucks shut down Boston to just 92 points in Game 3. Milwaukee had more steals 8-3 and blocks 13-2. Thon Maker had five blocks to lead the Bucks while Giannis Antetokounmpo led six other Bucks who at least had one steal in the game. 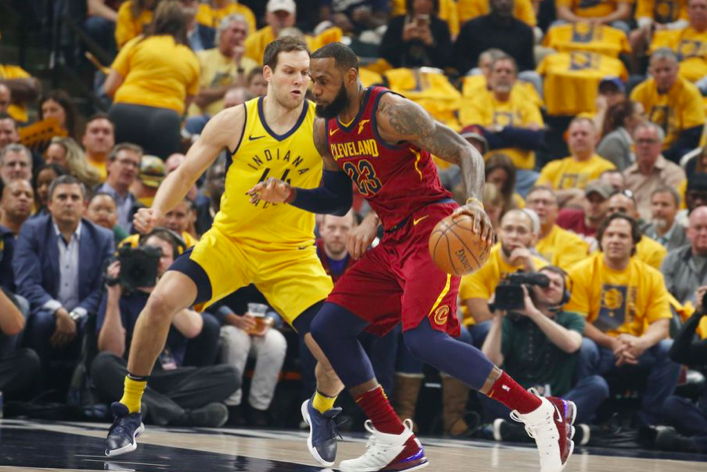 The Cleveland Cavaliers and Indiana Pacers also played their Game 3 on Friday. But unlike the other two pairings where the higher seeded team was up 2-0, this series was an even 1-1 after Indiana stole Game 1 in Cleveland. With the Cavs hoping to get back home court advantage, both teams fought to the end in another closely contested game.

Bojan Bogdanovic scored a playoff career high 30 points as the Pacers rallied from 17 points down to beat the Cleveland Cavaliers 92-90. Bogdanovic poured in 19 points in the second half, including seven during a crucial fourth quarter stretch as the 6th seeded Pacers took a 2-1 lead over LeBron James’ Cavs.

Cleveland barely beat Indiana in Game 2, despite a monster 46 point night from King James. James had another exceptional Game 3, scoring 28 points, grabbing 12 rebounds and issuing 8 assists. He became the 2nd player, next to Michael Jordan, to have at least 100 double doubles in the postseason. But if 46 was barely enough in Game 2, 28 wasn’t enough in Game 3.

With Tristan Thompson not getting any minutes and Kevin Love grabbing just six boards, LeBron James also led the Cavs in rebounding. King James also led the team in assists, giving him a career total of 60 playoff games leading his team in points, rebounds and assists. That’s almost three times more than any other player in NBA history. Tim Duncan and Larry Bird are tied for seconds but they’ve done it only 21 times each.

James’ fellow starters did their share, scoring a combined 40 points in Game 3 after just putting up 21 points together in Game 2. They already had a total of 20 points at the end of the first quarter. In Game 2, the other starters combined for 21 points the entire ballgame.

Kyle Korver went scoreless though, in just three field goal attempts, all from behind the arc. Korver scored 12 points in Game 2 but hasn’t scored in the other two games of the series. Starting PG George Hill had his best game of the series with 13 points as did Kevin Love who added 19 points. But maybe the Cavs need Super LeBron every night just to beat these Pacers.

Pacers Have Their Number

The 17 point lead blown by the Cavs is the second largest blown lead by a LeBron James team in the playoffs. The all-time record is 21 points which was during last year’s Eastern Conference Finals against the Boston Celtics. The Cavs won that series though and the same cannot be seen against Indiana.

It seems that the Pacers really have the Cavs’ number this season. Aside from Friday’s 17 point comeback win, these Pacers overcame a 22 point lead to beat the Cavs on January 12. In LeBron James’ career, no team has come from behind 15 points in multiple games to beat a team led by James. The Pacers are the first.

Indiana also beat Cleveland in their regular season series 3 games to 1. The Cavaliers are the ont Top 4 seed who have a losing regular season record against their playoff first round opponent. With their loss in Game 3, Cleveland’s overall record ( regular season plus playoffs ) against Indiana is 2-5 and they are winless in Indianapolis in three tries this season.

Given these ignominious distinctions, this is not what LeBron James had in mind when he turned to zero dark thirty mode before the playoffs began. Although he said after the Game 3 that he won’t throw his teammates off the bus after losing, he must be seriously thinking about taking the next bus out of Cleveland during the offseason.

As it stands now, only the Portland Trail Blazers, who are down 0-3 to the New Orleans Pelicans, and the Cavaliers are the only teams with home court advantage who are currently behind in their season series. Cleveland has a shot to even the series in Game 4 on Sunday in Indiana.

The defending champions Golden State Warriors are up 3-0 over the San Antonio Spurs while the overachieving Pelicans are similarly ahead three to nil against the 3rd seeded Blazers. Meanwhile, the top seeded Houston Rockets are up 2-0 against the 8th seeded Minnesota Timberwolves.

The Oklahoma City Thunder and Utah Jazz are tied at 1-1 apiece while the Philadelphia-Miami, Toronto-Washington, Boston-Milwaukee and Cleveland-Indiana series are 2-1 after three games. Joel Embiid has returned to action for the Sixers while the Warriors are still awaiting two time MVP Stephen Curry to suit up in the current postseason.

The Celtics and Spurs will have to do without their stars the rest of the way as Boston’s Kyrie Irving and Gordon Hayward and San Antonio’s Kawhi Leonard are out for the entire postseason. Boston is doing fine but San Antonio looks like they are headed to an early exit this year, down 0-3 and with head coach Gregg Popovich dealing with the death of his wife Erin.