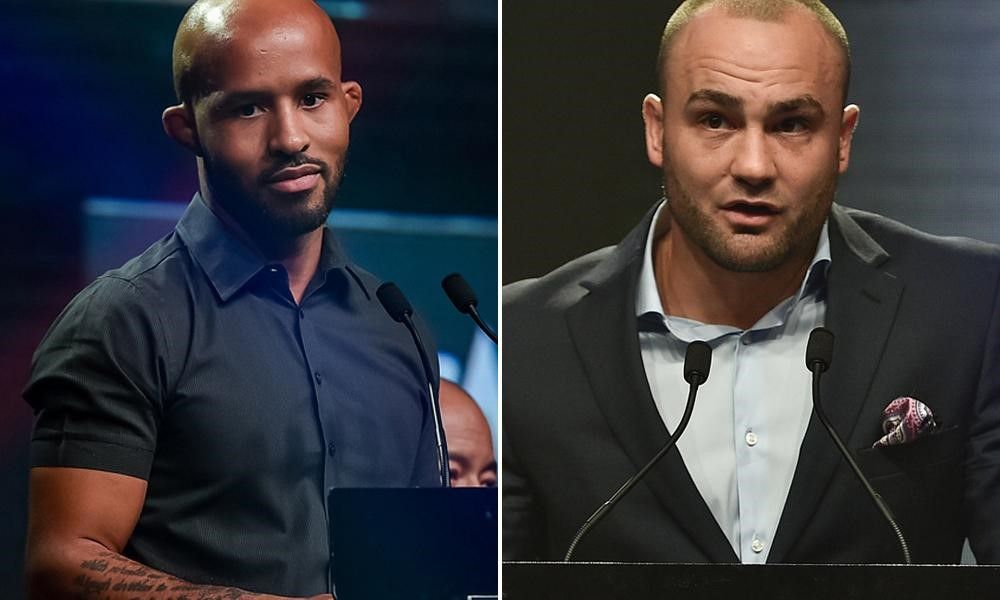 Asia, brace yourselves for a massive mixed martial arts event next year.

Former UFC champions Demetrious “Mighty Mouse” Johnson and Eddie “Underground King” Alvarez will make their respective ONE Championship debuts next year in an event scheduled on March 31, 2019 in Japan.

The event will be ONE’s first ever show in Japan and it will be held at Tokyo’s Ryogoku Kokugikan Arena and will feature ONE Atomweight champion Angela Lee moving up in weight to challenge ONE strawweight champion Xiong Jing Nan. Also on the fight card, ONE middleweight champion Aung La N Sang and ONE lightweight title holder Eduard Folayang will defend their respective belts against Japanese challengers.

But the three title fights won’t be the highlight of the event. It will be the ONE debut of the two biggest MMA stars in the history of the promotion: Demetrious Johnson and Eddie Alvarez. In the past, ONE boasted former Bellator welterweight champion Ben Askren and former UFC light heavyweight contender Brandon Vera as the biggest names ever signed to Asia’s premier promotion but this year, ONE took a huge leap and added to former UFC champions who are still in the prime of their careers to bolster their roster.

Last October, ONE signed Alvarez to its fold in what the Underground King later described as a “guaranteed eight figure deal” that made him a “partner” in the promotion. Later that month, the UFC announced a historic deal that sent ONE welterweight champion Ben Askren to the UFC and the UFC’s former flyweight king Demetrious “Mighty Mouse” Johnson to ONE Championship. A month later, ONE also signed UFC lightweight Sage Northcutt to a contract. Aside from adding world class talent to their roster, ONE also signed a North American television deal with Turner Sports starting January 2019.

The MMA world was rocked late in October when it was announced that the UFC and ONE Championship agreed to “trade” two of their superstars. Under the trade the UFC released Johnson from his existing UFC contract while ONE did the same to Askren. The two then freely signed with their new homes almost immediately. Later, Johnson revealed that more than a trade, it was his decision to “try something new” that ultimately led him to signing with ONE.

Mighty Mouse had the longest active title reign in the UFC, having held the promotion’s flyweight belt since its inception in 2012. Johnson became the inaugural 125 pound title holder after defeating Joseph Benavidez in the finals of the UFC flyweight tournament. He successfully defended the belt a record 11 times before surrendering it in a surprise defeat to Henry Cejudo at UFC 227 last August.

During his reign as champion, Johnson literally cleaned out his division and was rumored several times to move up in weight for a superfight. That never happened. Instead, Johnson put on an incredible display of mastery by defeating one challenger after another in the last six years. During his reign, Johnson set several UFC records including landing the most takedowns in a single fight (10) and recording the latest finish in UFC history (4:59 in round 5). He was also the UFC’s pound for pound king during the prime of his reign.

Alvarez is a former Bellator and UFC lightweight title holder. Aside from the handsome pay he received from ONE, Alvarez has several motivations to fight in his new promotion. One is a possible trilogy fight with Japanese rival Shinya Aoki and another is to become the first fighter in MMA history to win world titles in three different major promotions.

The Underground King won the inaugural Bellator lightweight tournament in 2009 and reigned at its 155 pound division. At Bellator, Alvarez earned wins over Patricio “Pitbull” Freire, Pat Curran and Roger Huerta. He was also able to avenge previous losses to Michael Chandler and Shinya Aoki. Alvarez later vacated his belt to move to the bigger stage in the UFC.

Alvarez was one of the most exciting fighters in the UFC owing to his violent style of fighting. He earned wins over former champions Anthony Pettis, Gilbert Melendez and Justin Gaethje. His career peaked when he scored a violent first round knockout win over Rafael Dos Anjos to win the UFC lightweight title. However, Alvarez lost the belt right away in his first title defense against Conor McGregor at UFC 205. After that loss, Alvarez figured in a no-decision with Dustin Poirier, a brutal KO win over Gaethje and a knockout loss to Poirier in a rematch. His UFC contract expired after his second bout with Poirier and Alvarez decided to take his talents to Asia.

Northcutt was discovered during Dana White’s “Looking for a Fight” show. White and UFC scouts were impressed with his supreme athleticism, world class karate background, light personality and good looks so they signed him to the UFC right away. Northcutt never became a serious contender but he was given a handful of fights to prove his worth during his stay  in the UFC.

Super Sage has an overall record of 11-2 in his MMA career. He was 6-2 with 2 knockouts in the UFC and fought in the lightweight and welterweight divisions. While Northcutt dominated his less heralded foes, he suffered submission losses to credible but not incredible opponents in Bryan Barberena and Mickey Gall. Northcutt fought out his UFC contract and finished his term with three consecutive wins. He made the decision to test his luck in Asia.

With three global superstars on board, ONE hopes to make a big splash in the coming year and what a start it will be on March 31. For sure, the event is going to be a blast and why not? Anytime you have Demetrious “Mighty Mouse” Johnson and Eddie “Underground King” Alvarez in one fight card, that’s going to be a great show whether it’s in the UFC, Bellator or ONE. Japan, you are so lucky to host this big event!