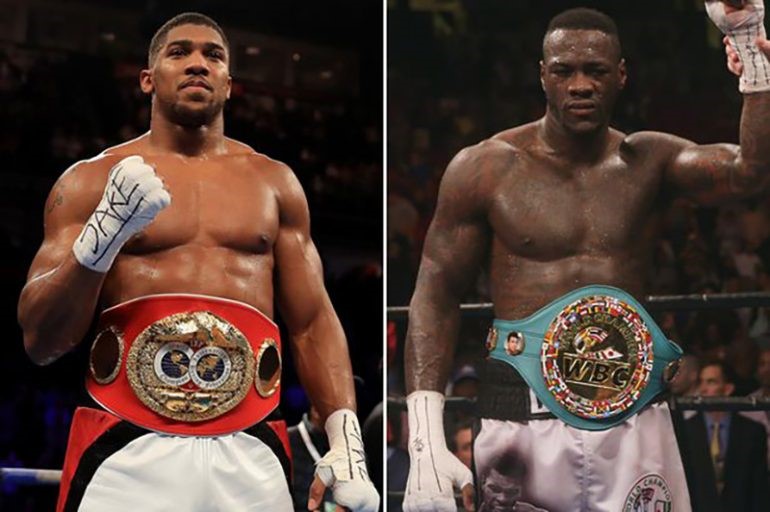 Deontay Wilder Makes His Move, Fight With Joshua May Be Happening Next

Finally, there has been a breakthrough in what is considered one of the biggest ( literally ) boxing bout in decades.

Anthony Joshua and Deontay Wilder are the top two heavyweights in the planet. We just don’t know who is officially #1 and #2. Both champions have been talking about fighting each other for over a year now but the talks have never gone deep enough. Now Deontay Wilder’s camp says they have accepted the terms and conditions of the last offer made by Joshua promoter Eddie Hearn.

Joshua is the toast of Britain. The undefeated former Olympic gold medalist has an unbeaten record of 21-0 with 20 knockouts. The man holds three of the four major heavyweight belts in boxing, namely the IBF, WBA and WBO diadems. Joshua rose to global prominence after his 11th round TKO of longtime heavyweight king Wladimir Klitschko in April 2017.

Like Joshua, Deontay Wilder is unbeaten in 40 bouts with 39 knockouts. While AJ has three belts, the Bronze Bomber has the green WBC belt which is considered as the most prestigious in the sport. Wilder is the first U.S. born heavyweight champion since Shannon Briggs in 2004. The former 2008 Olympic bronze medalist accomplished that when he beat Bermane Stiverne in 2015.

The Big Hang Up 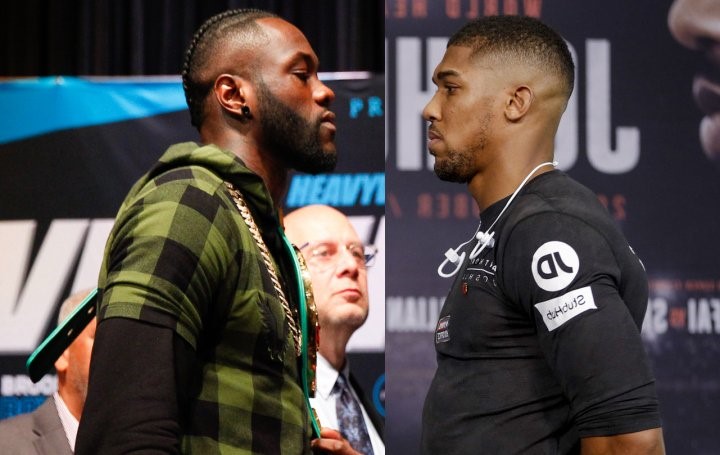 Even before the won their respective titles, Joshua and Wilder were considered as the top two best prospects in boxing’s premier weight class. Now that both have something that the other wants, they are on a collision course to a showdown that will determine the next undisputed heavyweight champion of the world.

But while the Joshua vs Wilder bout is a no-brainer, making the fight has been very difficult. The key hang-up to the bout has always been the venue because Joshua has never fought outside his native United Kingdom. Common sense would dictate that the fight should take place in the United States, arguably the biggest market in boxing.

But Joshua sold out 90,000 seats at Britain’s fabled Wembley Stadium against Klitschko and in his two fights after that, he’s filled the 78,000 Principality Stadium in Wales. Joshua has produced never before seen numbers in the UK, both gate and pay per view. And given his financial success in his home land, AJ wants to fight there.

Wilder’s camp had insisted that the fight take place in the U.S. , preferably in Las Vegas because of the huge revenue potential there. But Joshua stood his ground on a UK fight and soon both parties engaged in a tug of war negotiations that never seemed to end. And just when both sides appeared to be headed separate ways again, we have some good news about the heavyweight fight we want to see. 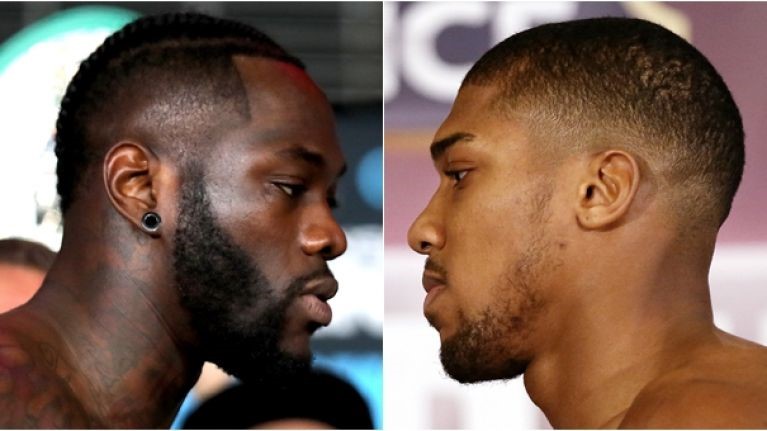 In April Wilder’s camp offered Joshua a $50M guarantee to fight in the United States under their terms. Wilder’s manager Shelly Finkel said that the offer was for $50M against 50% of the fight’s revenues. That means that Joshua will make $50M regardless of how much money is generated by the fight. If the bout earns more than $100M, AJ could earn more.

Finkel also revealed that under their offer, it will be Wilder’s camp who will choose the United States venue for the fight and that it would probably be in Las Vegas. Finkel also added that there would be no rematch clause and that the fight should be the next one for both fighters.

As for the date, Wilder’s camp initially penciled October 15 but since the Canelo vs Triple G rematch is rumored to be on that date, Finkel said they were willing to move it to October so as not to compete with the middleweight title fight but not later than the end of the year.

Finkel’s $50M offer came at the heels of Joshua telling Sky Sports in April that if Wilder’s team would offer him $50M, he swore he would take the fight the following day. But when Finkel made the formal offer, Joshua never took the fight and instead insisted on fighting Wilder on his own terms. 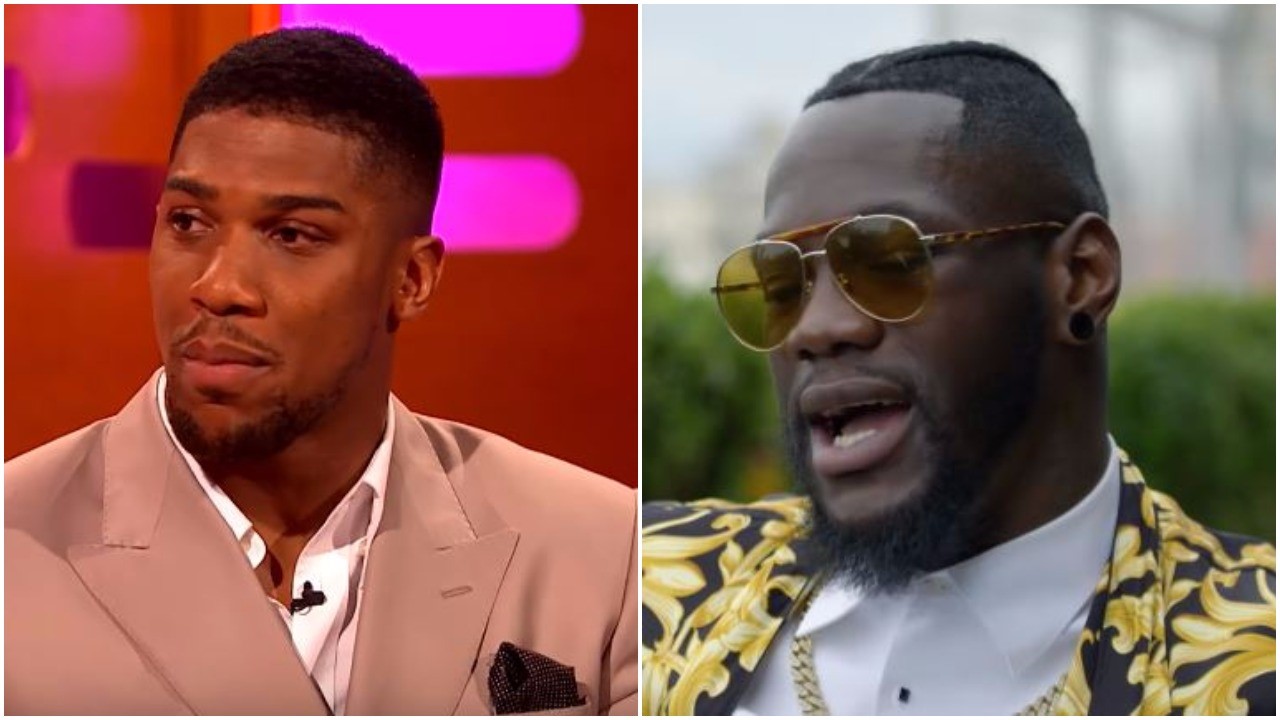 But just when we thought that Joshua would be headed to a mandatory title defense against Alexander Povetkin, Wilder has made his move and has turned the tables on Eddie Hearn and Anthony Joshua. According to a report from ESPN’s Dan Rafael, Wilder has agreed to Joshua’s terms ( the last offer ) and accept his challenge to fight in the U.K.

Said Finkel to ESPN on Monday:

"We have agreed to the terms that Eddie has put out to us for a fight in the U.K. Deontay has accepted his terms to fight in the U.K.," Finkel said. "Deontay sent an email to Joshua [Sunday] night, and I sent one [Monday] to Barry Hearn and Eddie telling them that we officially accept the offer to fight under the terms they gave us and to send us the contract."

According to Finkel, the deal is for a two fight deal with the rematch taking place in the United States. Finkel did not specify how much money Wilder would make in the offer they accepted but stated that Wilder will be given a guaranteed purse but not a percentage share of the event’s revenues. Hearn’s previous offers to Wilder were $12.5M and $15M but given they agreed not to get a share of revenues, the latest offer must be in the north of $15M.

"There's no [percentage] split, but they've offered us a good purse. Not as good as we feel it should be, but we want the fight, and we're willing to take what they offered," Finkel said. "We wanted a percentage, but we didn't think we could get it done in a quick time frame, so we said let's take what they've offered us. Deontay wants this fight."

Both Wilder and Joshua have always stated that they want to fight each other. But since day one, there have been plenty of roadblocks to make this all-important heavyweight bout. Two of the main obstacles have always been the location and the purse split. But with Wilder agreeing to Joshua’s terms, then there is no reason for Joshua not to sign the fight. 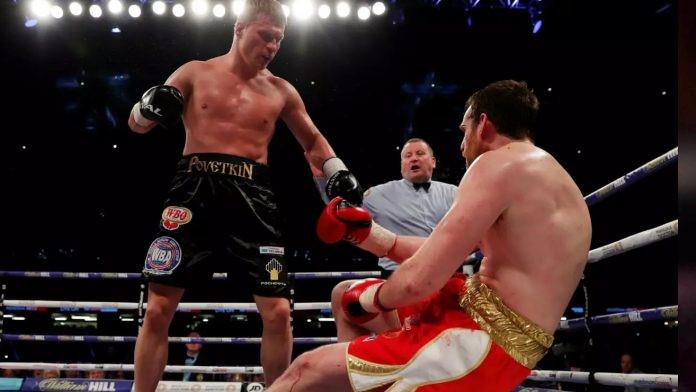 One question now is whether Joshua proceeds with his mandatory title defense against Alexander Povetkin because the Russian is no fluke opponent. He isn’t Deontay Wilder but he truly poses a serious threat to Anthony Joshua if the Brit does indeed take the fight. Joshua’s promoter Eddie Hearn was expected to announce the Povetkin bout anytime now but with the latest development on Wilder’s side, that remains to be seen.

“The Povetkin deal is virtually done, it’s close,” revealed Hearn last week. “The Wilder one is not, but we’re talking to him every day. It’s just a case of if we can get that done. Joshua would like to fight in September. The Wilder fight doesn’t really work in September, mainly because of the Canelo Alvarez fight. If Joshua fights Wilder [next] it will be October or November in the UK. If he fights Povetkin it will be in September. It will either be Povetkin then Wilder or Wilder then Povetkin. But if it is Povetkin next, then Wilder will definitely be signed before we go into that fight.”

Given the magnitude of the Wilder unification and the profit he can make from it, Hearn might want to put Povetkin on the side. Hearn would want to leave a chance that Povetkin spoils the whole thing.

As for Joshua, there will be no more excuses for the Brit this time around because Wilder has already gotten rid of his own excuses. We can say right now that Wilder truly wants that fight and he has done his share. The ball is now in Joshua’s court, that is if he is really man enough to take this fight. Nor more BS, let’s get this fight done. The fans deserve it.