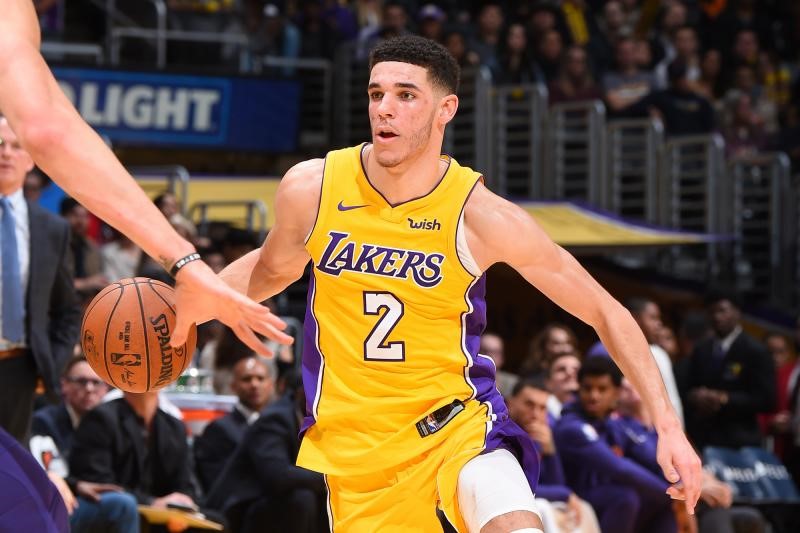 Did Lonzo Ball Walk Away From His Teammates?

Lonzo Ball is the most talked about rookie in the league, thanks to his loud mouth father Lavar Ball. Good or bad, Lonzo has been the topic of conversations with every move he makes put under the scrutiny of a microscope.

On Friday, Ball sported a new haircut. Still, that didn’t prevent him from playing another lackluster outing. But it wasn’t his play that caught everybody’s attention. 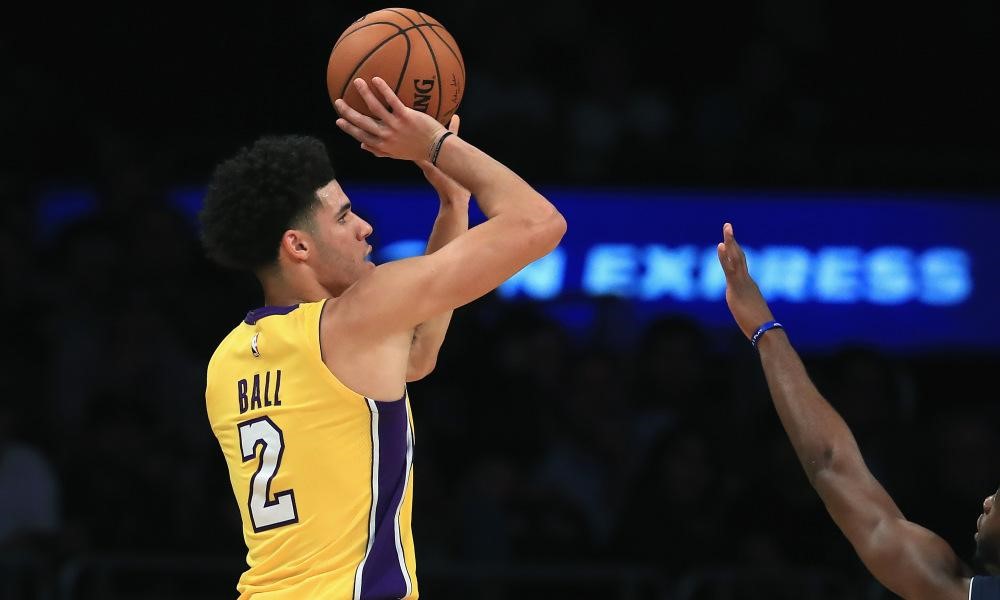 Ball has taken the heat lately because of his poor shooting. The 2nd overall pick of the 2017 NBA Draft is shooting a miserable .308 from the field and .227 from beyond the arc thru 16 games played. Not only that, Ball is also shooting a paltry .462 from the free throw line.

That’s not all. Ball is also being criticized for his inability to hit the short range jumpers or finish around the basket. You can forgive the outside shot because even some of the game’s greatest stars only learned to shoot from the outside during their later years. But not being able to make a 5 foot shot or finish a drive to the basket? That’s terrible.

But Ball hasn’t drawn flak for his shooting alone. He is also being called out for his passiveness on offense at times. There are games when Ball controls the pace with his forward push and passing. But there have also been games when Ball has been content to pass the ball to his other teammates and just let them run the offense. 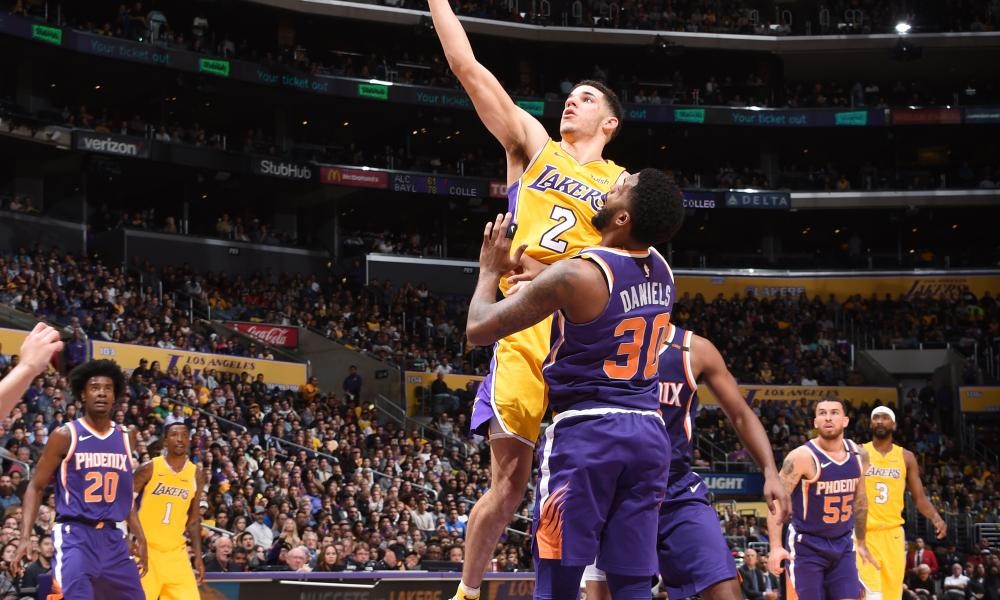 There is no problem in being unselfish but Ball sometimes plays on the borderline between being unselfish and being disengaged. As a point guard, he needs to demand that ball and call out the plays for his team. He can’t let guys like Kentavious Caldwell Pope or Brandon Ingram bring the ball up from the backcourt to their side of the basket. Remember that passing is his best asset. He can’t show it if he doesn’t have the ball in his hands.

Given that he has played in just a total of 16 NBA games, those shortcomings are still very much forgivable. Some people are already calling him bust but the truth is, the jury isn’t out on Lonzo Ball yet. Not only is he still very raw and very young, he still has 66 games to go this season.

Ball may have an underwhelming statline but didn’t he just become the youngest player in NBA history to record a triple double? Lonzo did it faster than Michael Jordan or even Magic Johnson. What about that 29 point game against the Suns? He scored those points from all over the place. A couple of brilliant games in between mediocre performances. Flashes of brilliance, flashes in the pan. 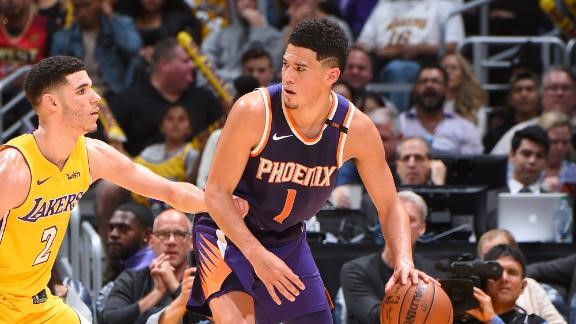 But while those mentioned above are problems that can be worked on and improved with time, there was an instance during the Lakers’ 113-122 loss to Phoenix on Friday night where Lonzo Ball might have showed another flaw worth noting. Look, nobody is zeroing on Ball for every misstep he makes. But as the 2nd overall pick of the NBA draft, a lot more is expected of him, especially since the other much talked about rookies have delivered better.

Going back to Friday’s game, the Lakers and Suns were involved in an altercation during the fourth quarter of that game. The Suns called timeout and the Lakers’ Kentavious Caldwell Pope ( who had a miserable game ) bumped into the Suns’ Tyler Ulis and the duo got into a shoving match. Three of Caldwell Pope’s teammate rushed over to separate the players. Lonzo Ball? He casually walked away like he never knew who the guys in the altercation were:

If you get in a fight don’t expect Lonzo Ball to back you up lmao pic.twitter.com/NsYQHU7rhn 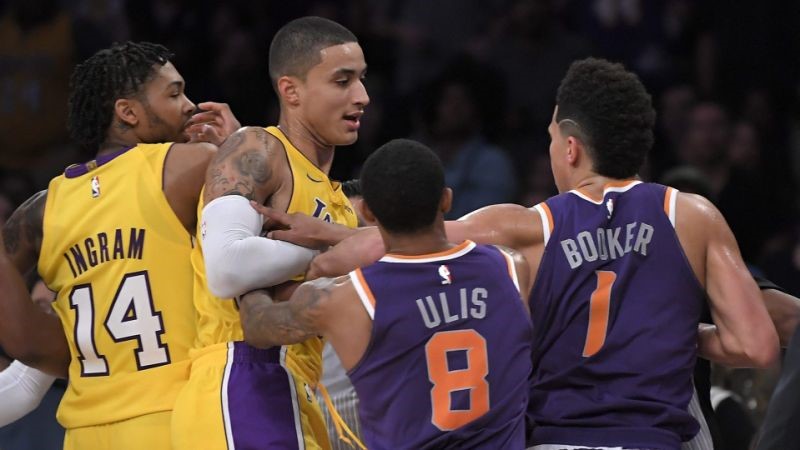 When Lonzo Ball was asked about the incident, he merely said that he didn’t want to get a technical foul. That’s a smart and mature answer, to be honest. And Lonzo is correct, these altercations don’t usually develop in fights. They just end after a couple of shoves and a lot of foul words. But that’s not the point.

Primal instinct tells us to come to the aid of our teammates, whatever form that aid may be. There are teammates ( not originally involved in the scuffle ) who end up getting the technical foul. That’s what Lonzo tried to avoid. But there are players who come to the aid of their teammates by helping break up the fight.

Being in a team is more than just playing on the court together. It’s brotherhood. Basketball is a team sport. Whatever happens to one affects the team. Right or wrong, teammates are supposed to have each other’s back. They don’t have to necessarily pick a fight for their teammates. But they have to be there during those times. 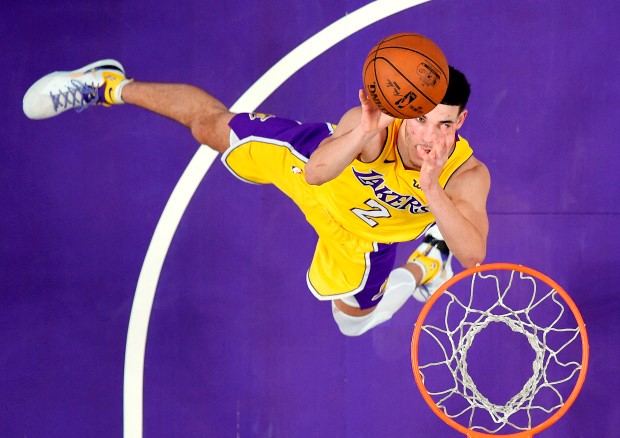 If you take a look at that incident, all the players on the court were on the scene. Right or wrong, that was natural reaction. Lonzo Ball? Credit him for thinking before acting. But whether he likes it or not, it depicts a negative image.

We’re not trying to build an image for Lonzo Ball, but as the starting point guard, he is the team leader ( whether he likes it or not ). The point guard is the shepherd of the sheep. He is the glue that keeps the team together. What more for being the ‘new face of the franchise’?

That altercation may be just a small thing to worry about right now. The Lakers have bigger problems. They have lost five of their last six games. Their offensive rating has plummeted to 97.7 points, 28th among 30 NBA teams. They commit the 2nd most turnovers in the league at 17.6 per game. The Lakers are dead last in three point percentage at 28.7%. 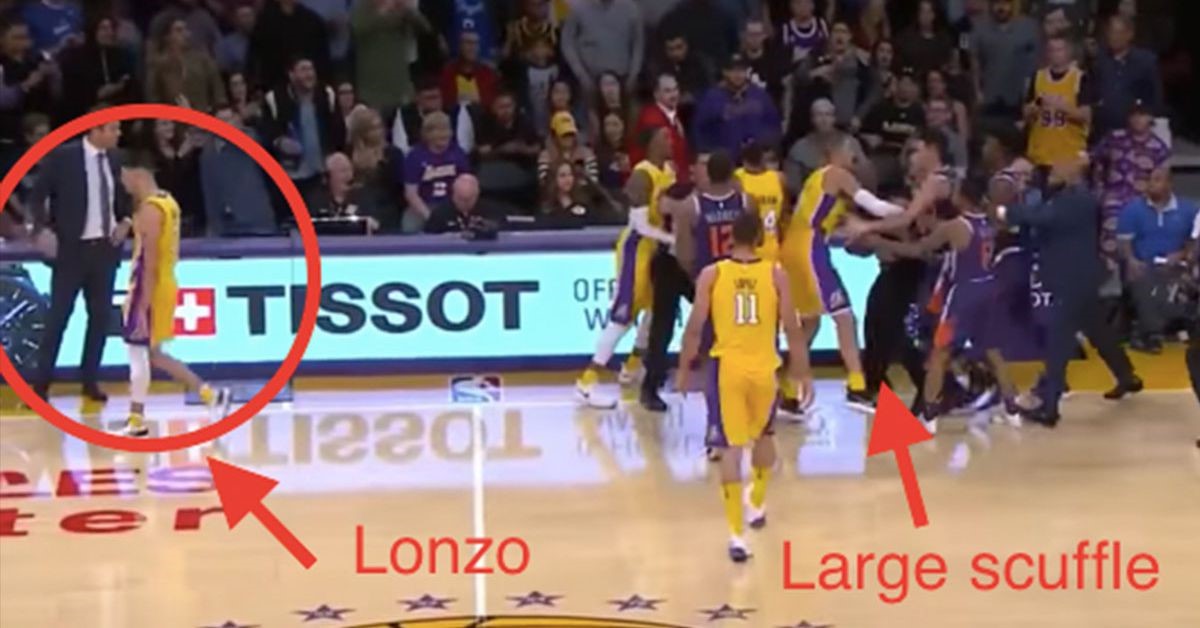 In the long term though, Ball’s actions during that incident could have some negative impact. Spur of the moment incidents like that reveal people’s character. Lonzo was more concerned about not getting the technical foul rather than the welfare of his teammates. That’s his prerogative. But that’s not normal.

Lonzo Ball is not normal. As Magic Johnson says, greatness is written all over him. But even the great ones show their empathy to their teammates. Lonzo Ball just walked away like he didn’t want to be part of the team. Maybe he doesn’t want to be, really. After all, it was Lavar Ball who always insisted that Lonzo was going to play for the Lakers.