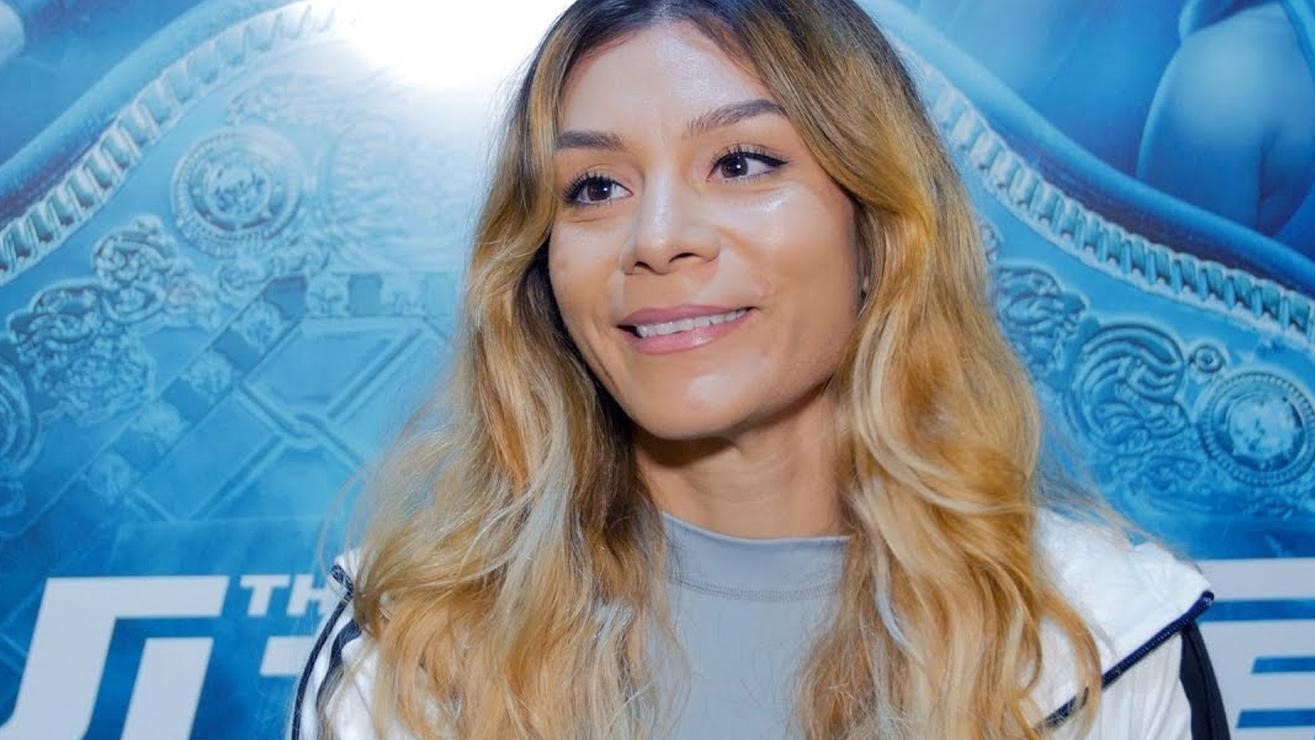 Stranger things have happened in the fight business lately. Late last month, we saw boxer Curtis Harper walk out of his fight against Efe Ajagba. Harper said it was about the pay although many believe he walked out because he was afraid to fight Ajagba. And now comes a fighter in the UFC, a world champion at that, who isn’t making it to fight night at UFC 228.

Nicco Montano is the UFC women’s flyweight champion. She was supposed to defend her belt for the first time on Saturday night against the highly regarded Valentina Shevchenko. But before Montano could even weigh-in on Friday, she was declared out of the event for medical reasons. However, Shevchenko and many UFC fans don’t believe her story. So did Nicco Montano really want to fight Valentina Shevchenko at UFC 228?

The UFC women’s flyweight champion was transported to a Dallas hospital on Friday morning, just before the weigh-ins due to what her team said were “kidney function issues” and upon advice of the UFC medical team. Montano’s training partner released a statement via MMA Fighting:

“She will be fine in a few days,” Hanna’s statement read. “The UFC medical team was called in to evaluate her this morning during the process of her weight cut. They determined that she had to cease cutting weight and be transported to and treated at the local hospital for issues regarding her kidney function.”

Before the end of the UFC 228 weigh-ins, the UFC announced that Monano was off the card and that her title bout with Shevchenko was off and that the women’s strawweight bout between Jessica Andrade and Karolina Kowalkiewicz has been promoted as the co-main event of Saturday’s activities.

“As a precautionary measure, UFC flyweight Nicco Montaño was transported to a medical facility Friday morning due to health concerns,” the UFC statement read. “The scheduled championship bout between Montaño & Valentina Shevchenko at UFC 228 has been cancelled.”

But as if things weren’t bad enough for Montano, UFC President Dana White later announced that the UFC was stripping her of her title. Said White to Megan Olivi in the Fox Sports 1 UFC 228 weigh-in show:

“The belt becomes vacated,” White said. “So, the title is vacated. Obviously, Shevchenko is dying to fight for this title. So we’re in the process right now of trying to make another fight.”

White did not say who Shevchenko would fight for the now vacant title but he said that the fight will likely happen before the end of the year. As for Shevchenko, she refused to fight a replacement opponent for UFC 228 so she is back on the shelf. Bullet destroyed Priscila Cachoeira last February to earn a shot at Montano’s title. But in reality, this was a division that was most probably created for her.

Is Shevchenko The Real Reason? 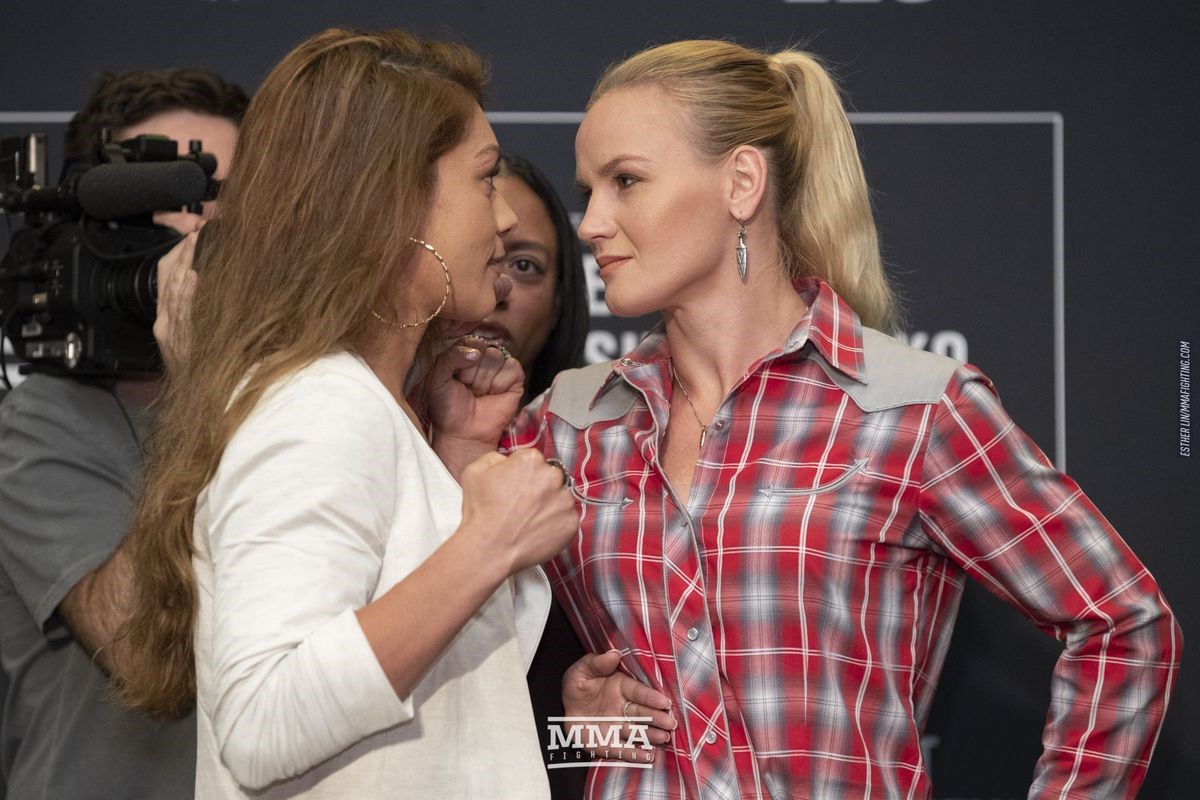 Valentina Shevchenko is a natural flyweight, in case you didn’t know. She was forced to fight as a bantamweight in the UFC because when she arrived, there was no 125-pound division yet. Despite fighting women naturally bigger than her, Shevchenko used her world class skills to reach the top.

Shevchenko is a former multiple time Muay Thai and Kickboxing world champion. In fact, she defeated former UFC women’s strawweight champion Joanna Jedrzejczyk three times in kickboxing competition. She is considered one of the best Muay Thai fighters of all-time before transitioning to MMA.

Then the UFC held TUF 26, which became the venue for the crowning of its inaugural women’s flyweight champion.Nicco Montano walked in to try out for the show. She got the call and then racked up four victories to win the tournament and become the inaugural flyweight champion. But Montano is relatively new to the sport and her six fight MMA career is a proof of that. She entered UFC 228 a massive underdog against Shevchenko and nobody really gave her a shot to win. Shevchenko even said weeks before the fight that she would be surprised if Montano would show up on fight night. We thought that was too cocky of her to say that but after Friday’s weigh-ins, Shevchenko sounded off like a prophet.

While Montano’s team claim that she had trouble making weight, Montano made weight three times during a six week period when she was in the TUF house. She made weight against Roxanne Modafferi during the finals just last December. Nobody was expecting her to have problems making weight for this important fight.

Shevchenko took to Instagram to express her disappointment. She reiterated what she said before: that Montano didn’t want to fight her. Here was Bullet’s lengthy piece:

“I am not surprised about this situation with Nicco. And I told it before, she can pull out from the fight at anytime. She was trying to avoid this fight several times already. It is my 3rd preparation for this fight. Looks like It was her plan from the beginning, to show up for the fight week , to build up her name, speak confident and secure, and then escape from the fight in the last minutes. She was speaking about Fighting spirit and character....What kind of fighting spirit she is talking about? I don’t believe in a version about health issues, she was looking totally fine in open work out and media day. Her actions are totally unprofessional! First of all I am very sorry for all my fans who came to support me! I am very upset about all this happening. I was preparing for this fight hard and serious. My plan was to leave Dallas with the belt. I will keep moving forward. And will seize the next opportunity to take what is mine. Thank you everyone of my dear friends for your support!”

Looks like Valentina will have to wait some more to finally realize her dream of becoming a UFC champion. As for Montano, this wasn’t the first time that a champion didn’t want to fight a highly decorated challenger. Remember when Germaine De Randamie refused to defend her belt against Cris Cyborg? While we should give Nicco Montano the benefit of the doubt in this story, Valentina Shevchenko predicting this would happen makes it less plausible.