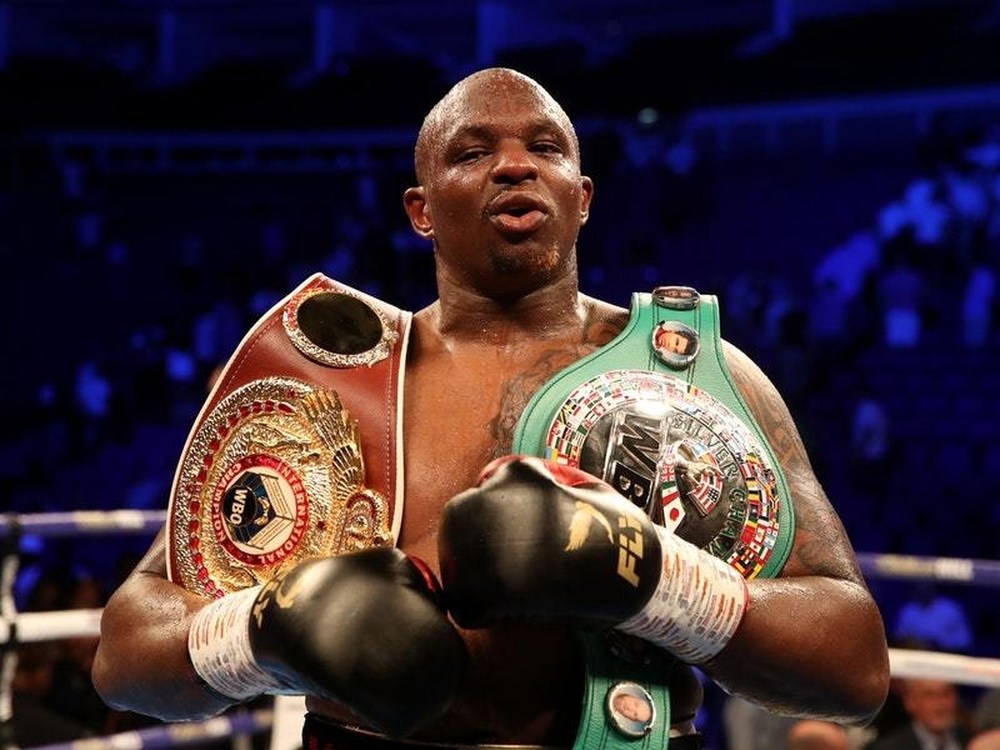 Dillian Whyte Is a “Peasant” No More

A secondary heavyweight title bout turned to a first class boxing war in London when
Dillian Whyte and Joseph Parker met at the O2 Arena on Saturday night.

The two fought for Whyte’s WBC Silver heavyweight title and the vacant WBO international belt but more than the secondary belts, they fought for a place among the heavyweight elites.

In the end, it was Whyte who prevailed via unanimous decision with scores of 113-112, 115-110 and 114-111. But his victory wasn’t without adversity. In fact, Whyte had to get up from the canvass in the closing seconds of the fight to get the decision. Parker, knocked down in rounds 2 and 9, finished strong and had Whyte in trouble in the last two rounds. But the Kiwi ran out of time and Whyte escaped, but just barely, with a very important victory.

The win could set up a rematch with rival Anthony Joshua, if Joshua wins his next fight against Alexander Povetkin on September 22nd and if a Joshua vs Wilder fight cannot be finalized after that. Or it could lead to a showdown with Wilder, who can no longer call Whyte a peasant after defeating former WBO heavyweight champion Joseph Parker. 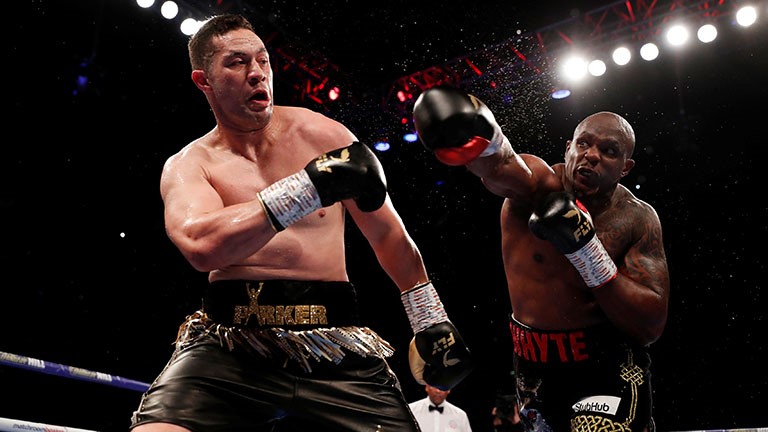 Parker lost a 12 round decision to Joshua in his previous fight. The New Zealander lost his WBO belt to AJ but he became the first man to take Joshua to the distance. Whyte was offered by Joshua’s manager Eddie Hearn to Deontay Wilder but the Bronze Bomber didn’t take the bait, saying kings don’t take on peasants. But Saturday night’s clash would make one of Parker and Whyte royalty and leave the other one as a peasant.

Parker’s last 10 opponents had a combined record of 261-27-6. Meanwhile Whyte’s previous 10 foes were an aggregate 318-72-3. Impressive numbers but when you look at the names on their resume, you wouldn’t recognize too many of them. One thing common though is that both fought Anthony Joshua and both lost to AJ. 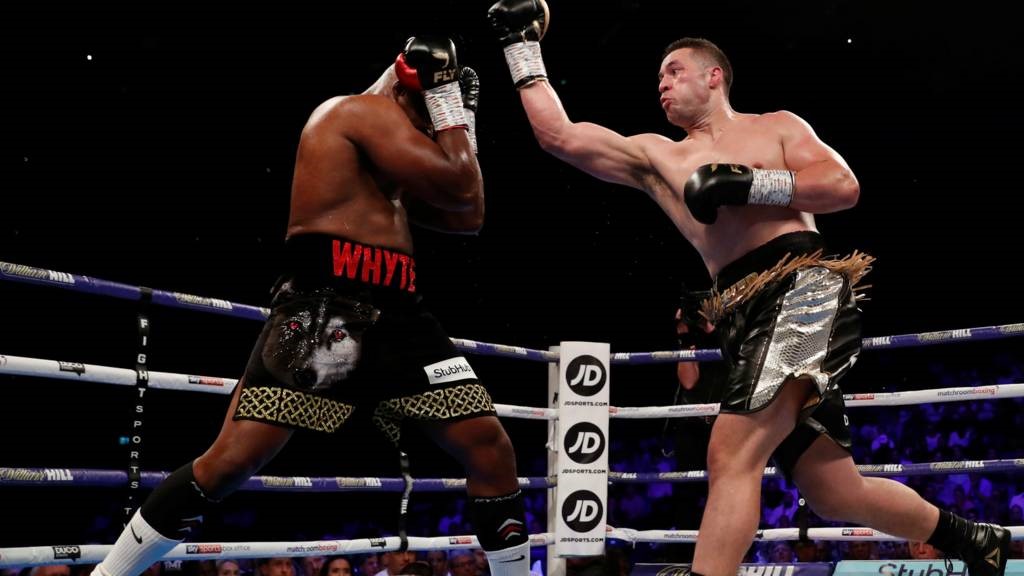 Parker, who was one stone (14 pounds) lighter than Whyte, didn’t look like he was going for the knockout he predicted early on in the fight. He led with a jab and landed a couple of haymakers on the Londoner early in the fight. But his game plan was put in peril in the second round when the referee credited Whyte with a knockdown after Parker dropped to the canvass following an apparent clash of heads.

Legit or not, it gave Whyte confidence moving forward. As for Parker, he was in duress right away. He wanted to fight outside early, perhaps trying to wear down his heavier opponent. But the knockdown completely changed the picture. He had to get one back or get the knockout he predicted. Else, it was going to be Whyte who would run away with the victory.

Parker got his rhythm back in the third but was rocked in the fourth. Whyte was hurt by a right hand in the fifth as Parker got back to his jab. The sixth round saw Whyte landing a big uppercut while Parker began to drop his hands in apparent exhaustion in round seven. That led to a big left hook from Whyte in the 9th that sent Parker down, this one legit for sure.

But while we thought that was going to be it, Parker got back to his feet and fought back like a wounded lion. The former WBO champion showed his championship heart and rallied in the championship rounds. Needing a knockout to win, Parker let his hands go in the final two rounds. He had Whyte staggered for most of the 11th round and in the entire 12th round. With less than a minute left in the fight, Parker finally put Whyte down. Whyte took the count, looked at his corner and then got up just in time. He held on for dear life and was saved by the bell.

With victory, Whyte has now won eight fights in a row since losing to Anthony Joshua. Parker is the biggest name in those eight bouts but it was his win over Lucas Browne last March that stands out as his best work to date. Ranked 1st by the WBC, 2nd by the WBO and #1 by the IBF until recently, Whyte now has the right to demand a rematch with Joshua or a title shot from Wilder. Either could come next year. Said Whyte after the fight:

"I would like to fight Joshua again if he wants it," Whyte said. "I've still got a lot to learn, so I would like to get one more in before him again."

Whether that one fight in between a rematch with Joshua is a date with Deontay Wilder is a big question. But no doubt, Dillian Whyte has made the heavyweight division more interesting. As for Joseph Parker, he moves down in the championship ladder but his valiant performance doesn’t make him a peasant. Said Parker after the loss:

"I gave it my best; the better man won and I will come back stronger.”

Deontay Wilder’s next fight is still a mystery although recent rumors are pointing at fellow American Dominic Breazeale as his next challenger. Wilder is going to chase Joshua again after that, whether seriously or just on paper. But perhaps the Bronze Bomber should consider Dillian Whyte too. He’s no Anthony Joshua. But he’s not just a peasant anymore.