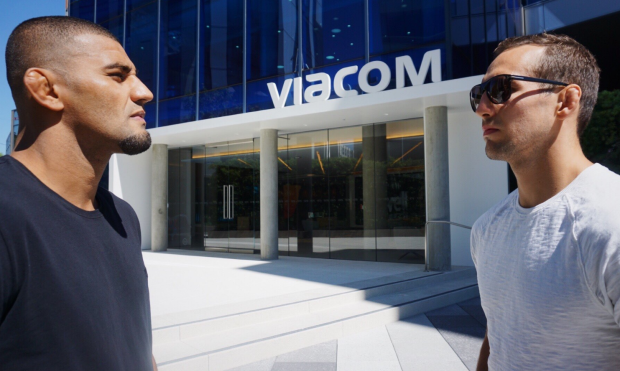 Looks can be very deceiving. You can never judge a book by its cover. No, not at all.

When Bellator welterweight champion Douglas Lima met face to face with Rory MacDonald, Lima said he felt awkward because he thought that MacDonald was going to sell him an Ipad. 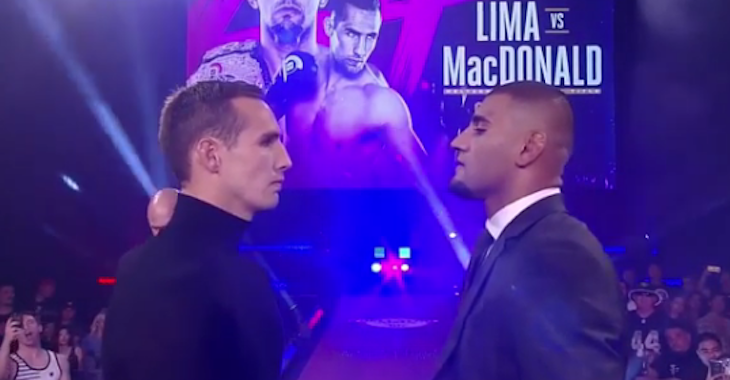 More than anything else, it was Rory MacDonald’s attire that caught Douglas Lima’s attention. MacDonald was wearing a black turtleneck, the trademark outfit of the late Apple co-founder Steve Jobs. That’s where the Ipad thing came from. But don’t mistake Rory MacDonald for an Apple executive or an Ipad salesman. That would be a huge mistake.

MacDonald has fought some of the biggest names in the division during his run at the UFC. In fact, he’s fought all the fighters who have figured in the last four UFC welterweight title bouts: Tyron Woodley, Robbie Lawler, Stephen Thompson and Demian Maia. That’s impressive stuff. 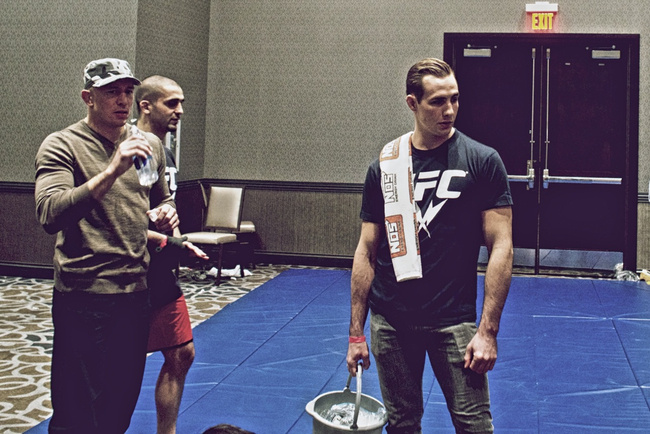 MacDonald’s rise from the ranks is well documented. As a 20-year old, he left home in Kelowna, British Columbia in order to train at Canada’s finest gym, the Tristar Gym in Montreal, Quebec, Canada.

One of the reasons why Rory Mac chose to go to TriStar was to be able to train alongside Georges St. Pierre. At that time, St. Pierre wasn’t just the biggest star in the UFC and its welterweight champion. GSP was regarded as the best welterweight in the planet and there was nothing better than learning the tricks of the trade from the best in the business.

At TriStar, St. Pierre personally took MacDonald under his wings. The two would become good friends outside the gym. Inside the ring, MacDonald became St. Pierre’s apprentice and later his chief sparring partner. As GSP’s protege, MacDonald regarded as the heir to St. Pierre’s throne as the hero of the huge Canadian market. However, after failing to win the title and losing his bid for a rematch, MacDonald changed course. 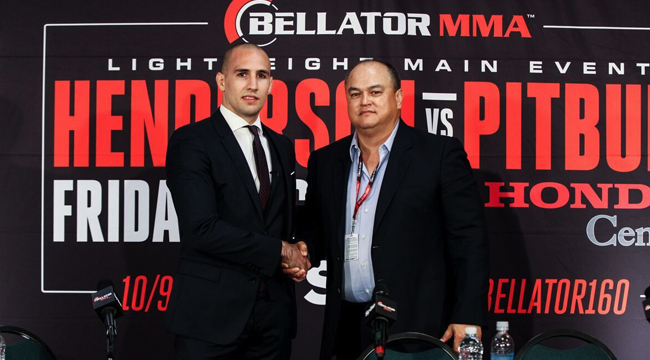 After his contract lapsed in 2016, MacDonald became a free agent. He surprised the world when he announced that he was leaving the UFC. When MacDonald officially signed with Bellator MMA in August 2016, he was the biggest fish since Scott Coker took over the promotion in 2014.

MacDonald quickly made an impact in Bellator. He became the #1 welterweight contender after winning his debut. MacDonald made easy work of Paul Dale last May, submitting Semtex in a one-sided affair. The victory earned him a shot at the belt, which is currently around Douglas Lima’s waist.

That fight was made official just before last weekend’s festivities so Bellator officials thought that it would be a good promotional teaser to have both fighters face each other for the first time at Bellator 183. There was no trash talk nor any physical altercation. But Rory MacDonald’s black turtleneck stole the show.

Doesn’t Get Any Better 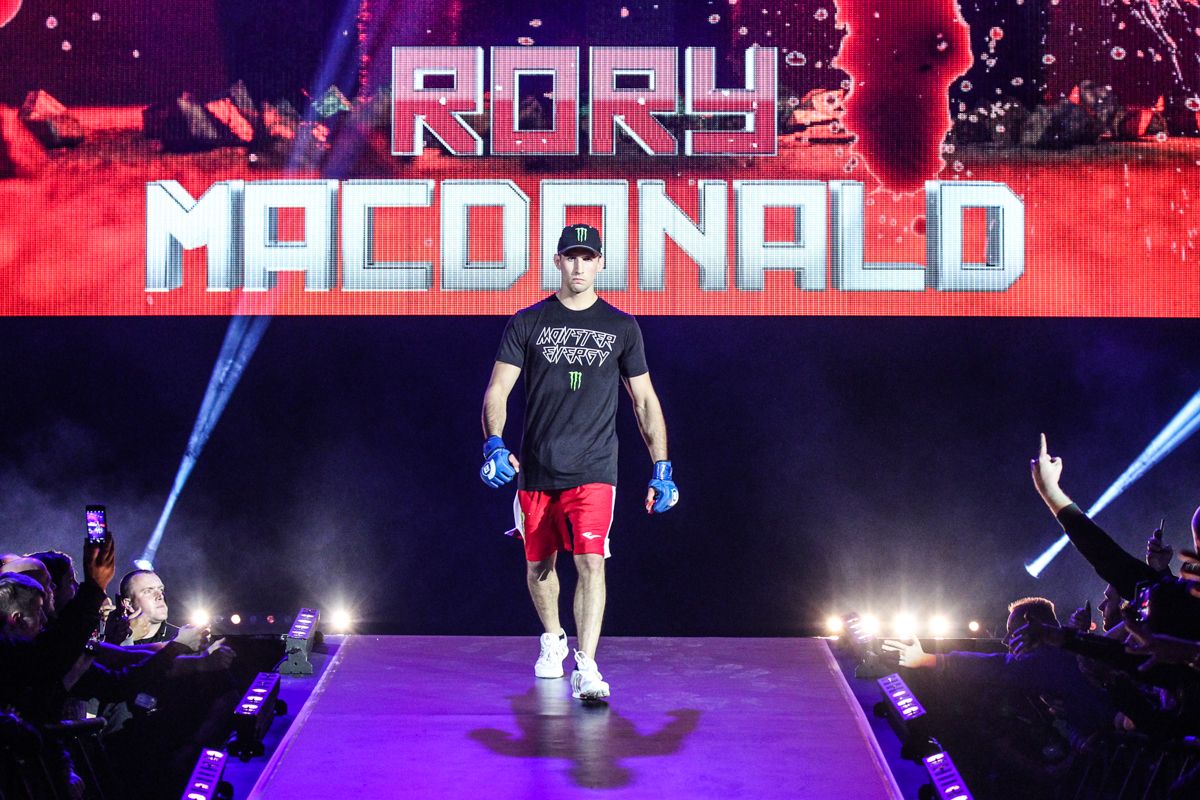 Make no mistake, Lima vs MacDonald is easily one of the best title fights Bellator has ever put up. Both are in their primes and are two of the best welterweights in the world. Lima is on his second reign as Bellator welterweight champion. MacDonald is the UFC’s former top contender and one-time title challenger. It couldn’t get better than this for Bellator’s stacked welterweight division.

Lima recently reclaimed the belt from the man who took it away from him. He did so in spectacular fashion, knocking out Andrey Koreshkov at Bellator 164 last November. Lima then successfully defended the title against another former UFC fighter, Lorenz Larkin. He dominated Larkin in a five round contest at Bellator NYC last June. Now he defends it against another UFC signee. But the next one might be his biggest fight to date.

Rory MacDonald has seen it all. He went to war with Carlos Condit in his second UFC bout. He beat Nate Diaz in his next fight and then lost a split decision to Robbie Lawler five fights later. Then he beat Demian Maia, Tyron Woodley and Tarec Saffiedine in succession to earn a title shot and rematch against Lawler. The two engaged in an epic and bloody five round slugfest. Then MacDonald fought Stephen Thompson in a five round main event. He may have finished his career a mediocre 3-3 in the UFC but Rory Mac fought the best of the best during that period. 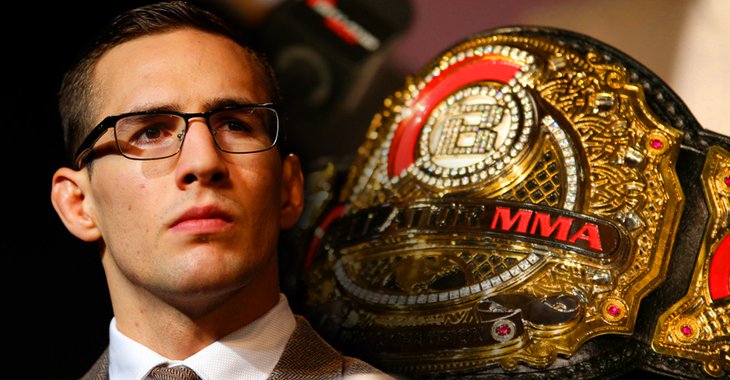 Now Rory MacDonald wants to rule Bellator. He says he’s eyeing not one, not two but three belts in the promotion. The third one may be an exaggeration but there is no question he can win both welterweight and middleweight. But first Rory MacDonald has to beat Douglas Lima on January 20, 2018. Then he can start talking about winning multiple weight classes.

As for Douglas Lima, he can joke about Rory MacDonald being an Apple executive if he wants to. But for those who watched the face-off last weekend, many will swear that Rory MacDonald wore his black turtleneck like a classic James Bond villain - smart and cold blooded. Lima has faced the best in Bellator but he has certainly not fought someone with the pedigree of Rory MacDonald. You can mistake Rory MacDonald’s looks for an IPad salesman but you’re getting a killer once he steps inside the cage.

The two fighters had a face-off at last weekend’s Bellator 183 event after their upcoming bout was earlier announced: