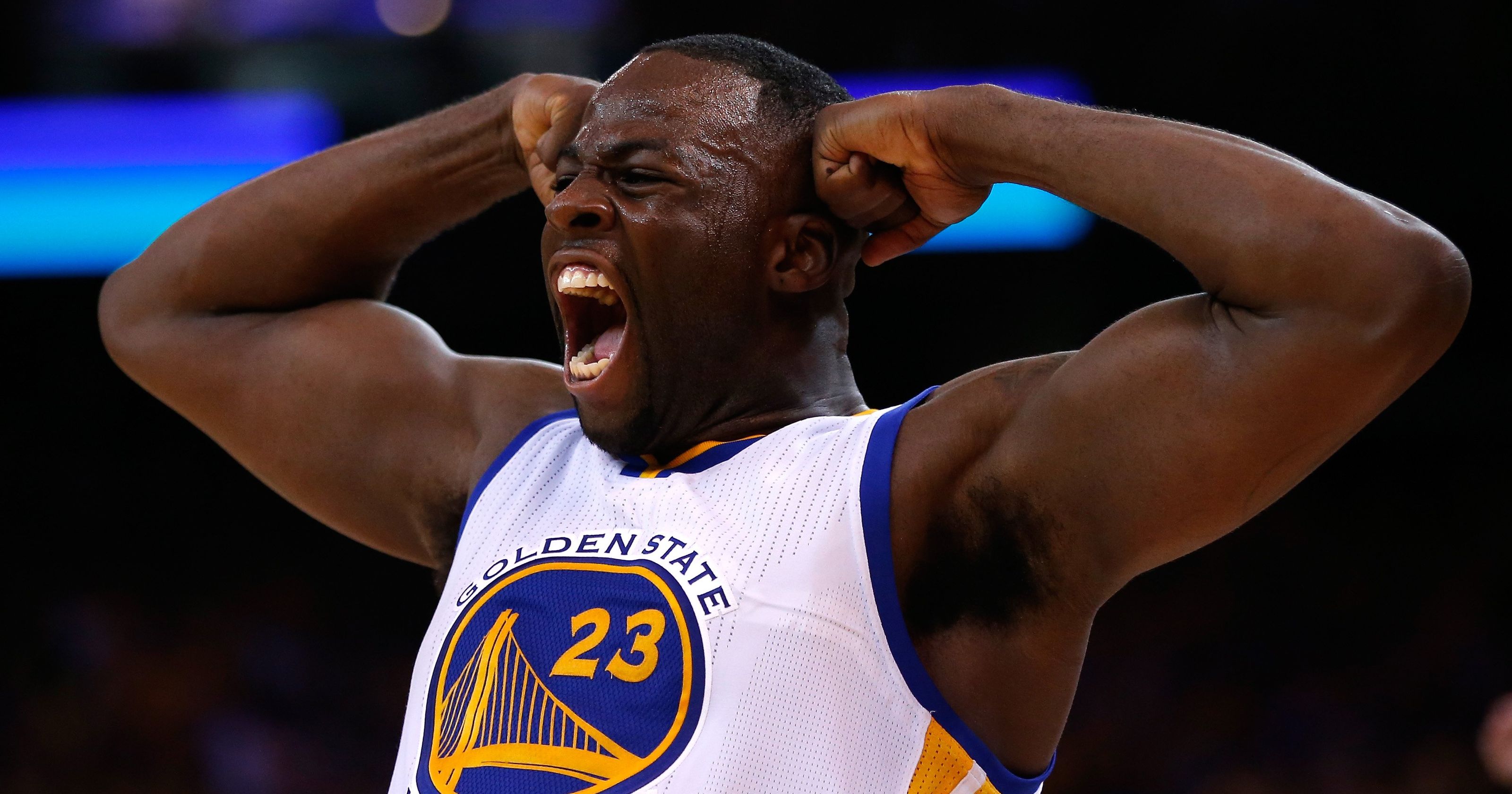 Draymond Green was named as the NBA's 2017 Kia Defensive Player of the Year winner during the NBA Awards Show on June 26, 2017 at Basketball City at Pier 36 in New York, New York. But that's not story.

The polarizing Golden State Warriors forward is no stranger to controversy as he is to headlines. Green has been in the news for his kicks- not his shoes,but real leg kicks ( mostly to the nut area ) to some of his opponents. Whether these kicks were inadvertent or otherwise, he was been penalized time and again for his flailing actions. But kicking aside, Draymond Green is a legit All-Star player and one hell of a defender. And according to the NBA, he is the best defensive player of the 2017 NBA season.

Here's a picture of Draymond Green receiving his DPOY hardware:

A mint green coat from YSL, black bowtie, black shorts and loafers with skull and crossbones design on it. Some sort of fashion statement, huh? Yes but within minutes Dray got roasted in social media, as usual.

One fan said Draymond forgot the rest of his pants at home. Another guy said that Green looked like he had a date at 7pm and a game at 9pm. Worse, someone else said that he looked like he was going to a Skype interview instead of the NBA Awards Show. But then there were also his fans who came to the rescue. One said that Green is a two time champion so he can do what he wants. Another had it better: Draymond deserves every bit of the DPOY award because he dresses like he's ready to defend anytime.

This wasn't the first time that Green has tried to make a fashion statement. The guy has donned some of the more unique wardrobe in the history of the league. Here are some of his moments: 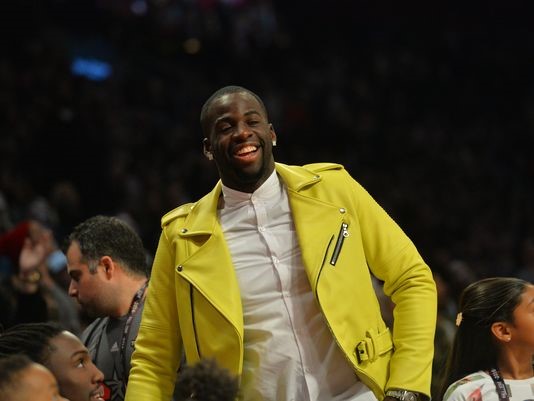 Or makes statements with his shirt. Who could forget this shirt, just recently? Surely not LeBron James and the Cleveland Cavaliers. Or the Cleveland fans whom Green said ‘are not the most sharpest people around’.

Going back. Green winning the Defensive Player of the Year award is a feather on his cap and a slap on his detractors' faces. No, he's not the best lockdown defender in the game. He's not the best rebounder nor the top shot blocker in the league. But he can do all of those effectively and then more. He led the league in steals at 2.03 thefts per game last season. Draymond Green can also guard anybody on the opposing team, from the speedy point guard to hulking center. He is the anchor of the 2nd best defense in the NBA during the 2017 season. And more importantly, his defensive brilliance helped the Golden State Warriors win their 2nd NBA title in three years. That’s pretty impressive.

No question here, really. The DPOY award we mean, not his wardrobe. Kawhi Leonard and Rudy Gobert were defensively very good last season. Draymond was just better. That should have been the story.
We know Draymond Green can steal the basketball. He lead the league in that statistical department. But the NBA steals leader also stole the show during the first NBA Awards Night. That may have been the bigger story than Russell Westbrook breaking down during his MVP acceptance speech. Take a bow Draymond Green.