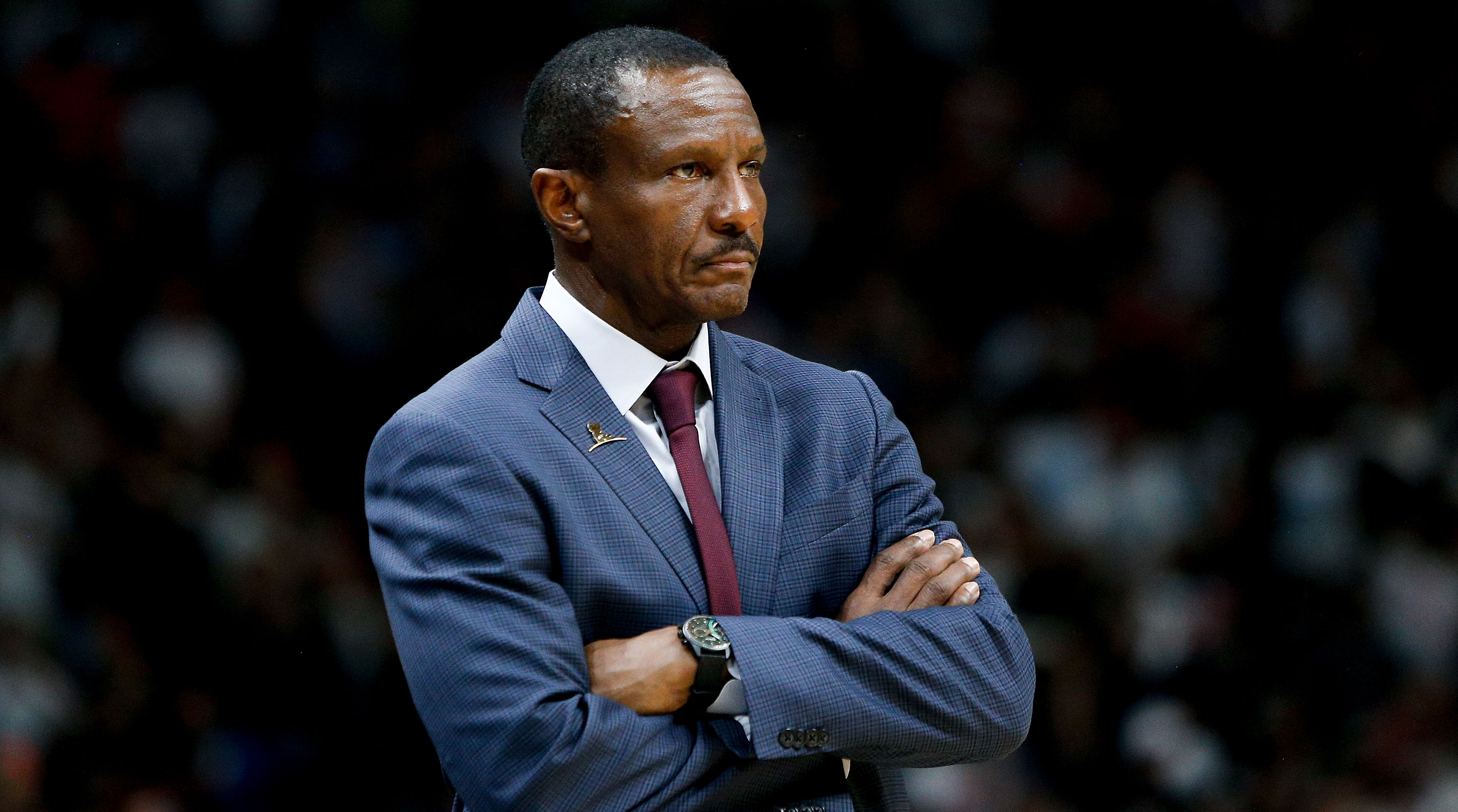 Changes were due after the Toronto Raptors, the #1 seed in the Eastern Conference, got swept by the Cleveland Cavaliers in Round 2 of the 2018 NBA Playoffs.

The Raptors easily had their best season ever, winning a franchise best 59 games, taking the top seed in the East and finishing with the second best record in the league this season. Because of those much was expected from the Raptors in the playoffs, especially after how the other big guns had their own share of troubles.

The East Was Theirs To Win 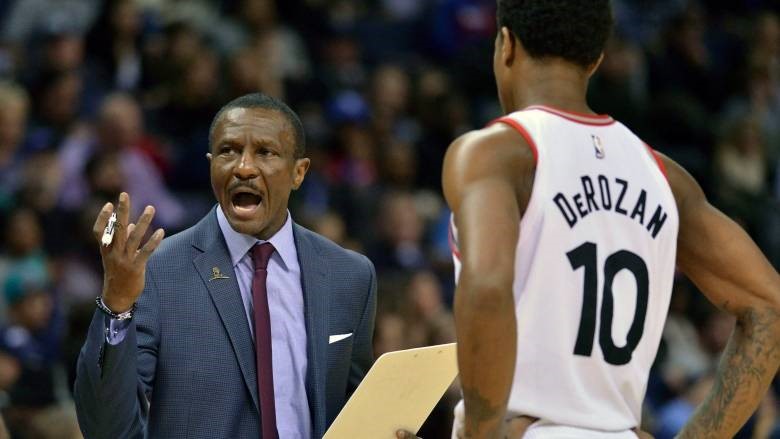 The Boston Celtics lost Gordon Hayward to injury on opening night and then lost Kyrie Irving also to injury, late in the season. Without their top two stars, Boston was no longer as formidable as they should have been.

The defending Eastern Conference champions Cleveland Cavaliers had struggled all season long. They lost Kyrie Irving in the offseason and then traded away all the players they got from the Irving deal. They entered the postseason having all sorts of problems, from chemistry to lack of playoff experience.

With the Celtics and Cavaliers compromised, the East was supposed to be the Raptors’ to win. After beating Washington in round 1, they were supposed to have an easy time with a Cavs team that leaned heavily ( almost solely ) on an overused LeBron James. After beating the Cavs, they would just have to grind out with a depleted Boston Celtics team and march to their first ever NBA Finals appearance. But that didn’t happen.

Toronto got the shock of its franchise life when the supposed to be banged up LeBron James had one of the best individual series performances in NBA history. With King James playing like royalty, his teammates clicked too. Guys like Kevin Love, Kyle Korver and J.R. Smith, who mightily struggled against the Indian Pacers in Round 1, found their groove and suddenly, Cleveland was clicking on all cylinders.

The Raptors could not make the right adjustments and quickly fell to a 0-2 hole, losing the first two games at home. With their backs against the wall, they fought hard for their life in Game 3, only to be denied by James’ now iconic game winner. Game 4 was all but expected after the Cavs had sucked all the life in Toronto after three games.

A New Voice and Approach 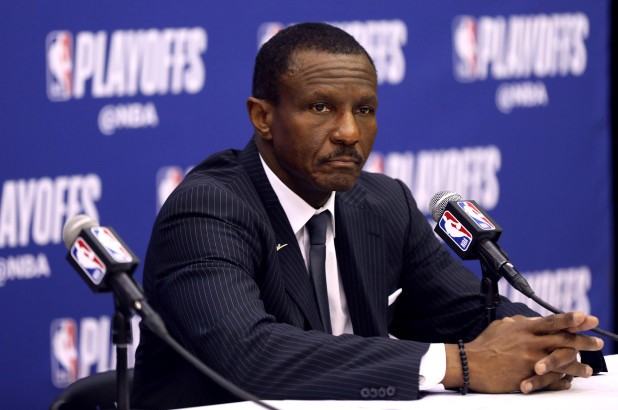 While Cleveland and Boston are set to face each other in the Eastern Conference Finals for a second straight season, Toronto was back to the drawing board. Their first order of business? Finding a new voice and approach for the team. Crazy as it sounded at first, The Toronto Raptors fired head coach Dwane Casey.

In fact, Casey had just been voted by his fellow NBA coaches as Coach of the Year and he is expected to be named by the NBA as its Coach of The Year during next month’s awards show. Still, these and his achievements in seven seasons did not prevent the Raptors from issuing Casey the pink slip.

Many think that Casey’s firing was unfair, given how he has transformed the organization. Some think it was too premature, because the Raptors had just lost and maybe they should’ve let the emotions die down first. Other feel like Casey’s ouster doesn’t necessarily make a difference at all after all, he just sits on the bench and it’s DeRozan and company that makes stops and shoot baskets. But while plenty think that Casey shouldn’t have been fired ( at least not yet ), the Raptors had every reason to do so, except the sentimental ones.

Why It Was The Right Move

During the last three seasons, the Raptors were eliminated by the same team - the Cleveland Cavaliers. The Raptors lost 4-2 to Cleveland in the 2015 Eastern Conference Finals and were swept by the Cavs in round two the previous two seasons. Now losing to LeBron James isn’t too bad. But losing twice to a team that essentially had the same players in 2016 and 2017 showed no adjustment on Casey’s part. Losing this season to a team inferior to the previous two years was even more disappointing.

Let’s face it, there is no stopping LeBron James. But you can stop the people around him. Wasn’t this what the Pacers did in round 1? They just let LeBron be LeBron and prevent his supporting cast from producing? Sure, Toronto isn’t the best defensive team in the league but hey, it’s the postseason where defense should be at its optimum. 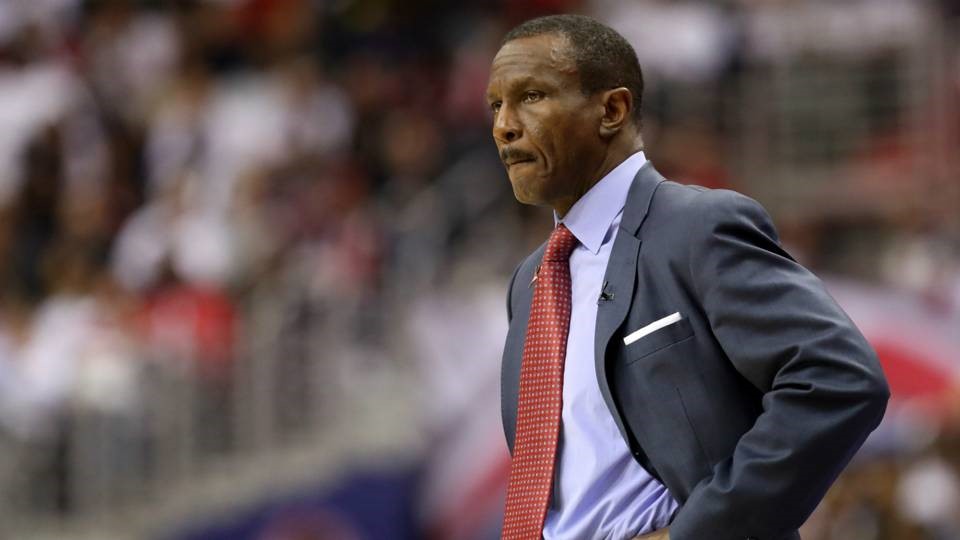 In the fourth quarter of Game 1, the Toronto Raptors were up 102-101 when Kyle Lowry called a timeout after he almost ran out the shot clock. But instead of getting a good look on the ensuing play, the Raptors got called for a 5 second violation. Sure it was Lowry who cost them not just one valuable timeout in a close game but also was unable to inbound the ball, but as coach Casey had to make sure that they got a good play out of it.

No worries about the immediate effects of that play as Toronto was able to get three free throws from Serge Ibaka that gave them a 105-101 lead but watch the replay and they could have used that timeout when the Cavs cut the lead to 103-105. Instead James scored the game tying basket and the Cavs won in OT. Casey had no control of Lowry suing for time, but he could’ve done a better job in designing the play off that timeout.

In Game 2, the Cavs lived off Kevin Love having mismatches in the post and Cleveland zeroing in on C.J. Miles off pick and roll plays involving LeBron James. Dwane Casey never made in game adjustments and it cost them their second straight game.

In Game 3, Casey didn’t let his team double team LeBron James on the final play where King James made his one legged bank shot game winner. Did he expect the Cavs to inbound from midcourt and not the backcourt? Either way, he had to be prepared and on a coast to coast drive, there is no way you don’t double team a freight train like LeBron James.

And yes, Casey stuck with the team that rallied the Raptors back to the game. He benched DeRozan the entire fourth quarter. Sure DeRozan was struggling. But what if he caught fire in the fourth. Would they have been up instead of tied going into that final play? You can’t say either way but you got to trust your go to player especially in a Game as important as that.

Even in Game 4, Casey’s decision to put Lucas Nogueira in the game during the final 2:44 of the second quarter with the Cavs up just 4 points was a costly decision. Cleveland scored 10 quick points with Nogueira committing a foul and turnover. Casey pulled Nogueira out with 53 ticks left in the first half or after less than two minutes of playing time. But by then, the Cavs were already out of reach.

Casey Knew It Could Come Anytime 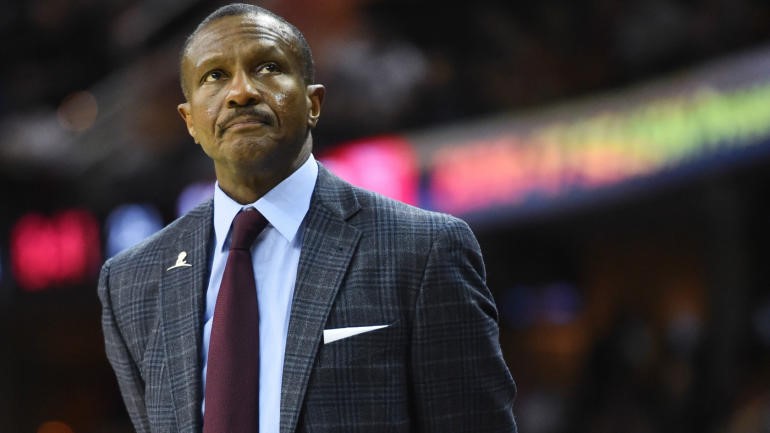 These were all small mistakes by Casey during the series and it wasn’t entirely his fault because he isn’t the one playing on the basketball court. But as a coach, you have to be accountable for your players’ actions on the court. And if you add up these small mistakes, it cost the Raptors big.

Casey could not play the right match-ups nor did he make in game adjustments against the Cavs. Those mistakes can be forgiven but if you have played the same team in the last three years and they beat you each time, there’s no more excuse. Sure LeBron played with a different team this year, but remember that Love, Smith, Korver and Thompson were with them last season.

Much has been talked about the Raptors new and improved pass first offense. But remember that it was President Masai Ujiri who pushed for the change more than Casey implementing it. Casey was an old school coach who stuck with what was tried and tested. As a result, many felt DeMar DeRozan was never pushed outside his comfort zone to developing his game until this season when the new offensive scheme was implemented.

Firing Dwane Casey doesn’t solve the problem in Toronto. But at least it’s the correct start. The problem is that it won’t be easy filling in the shoes of a 59 game winner. Likewise acquiring an all-star backcourt who pushed for Dwane Casey would be a tough job for any new coach, veteran or new. Toronto also doesn’t have financial flexibility in the next couple of years given what it owes DeRozan, Lowry and Ibaka so it’s interesting how Ujiri goes from here. But that’s another storey.

As for Dwane Casey, he lived in Toronto for seven years and he always said he loved the place. But in his seven years there, Casey never relocated to Canada and only rented for seven years. Now he goes to return to his home in Seattle where he’s lived since becoming an assistant coach for the Supersonics in 1994. No hard feelings, Casey knew the difference between a job and a home. He knew this time could come anytime.