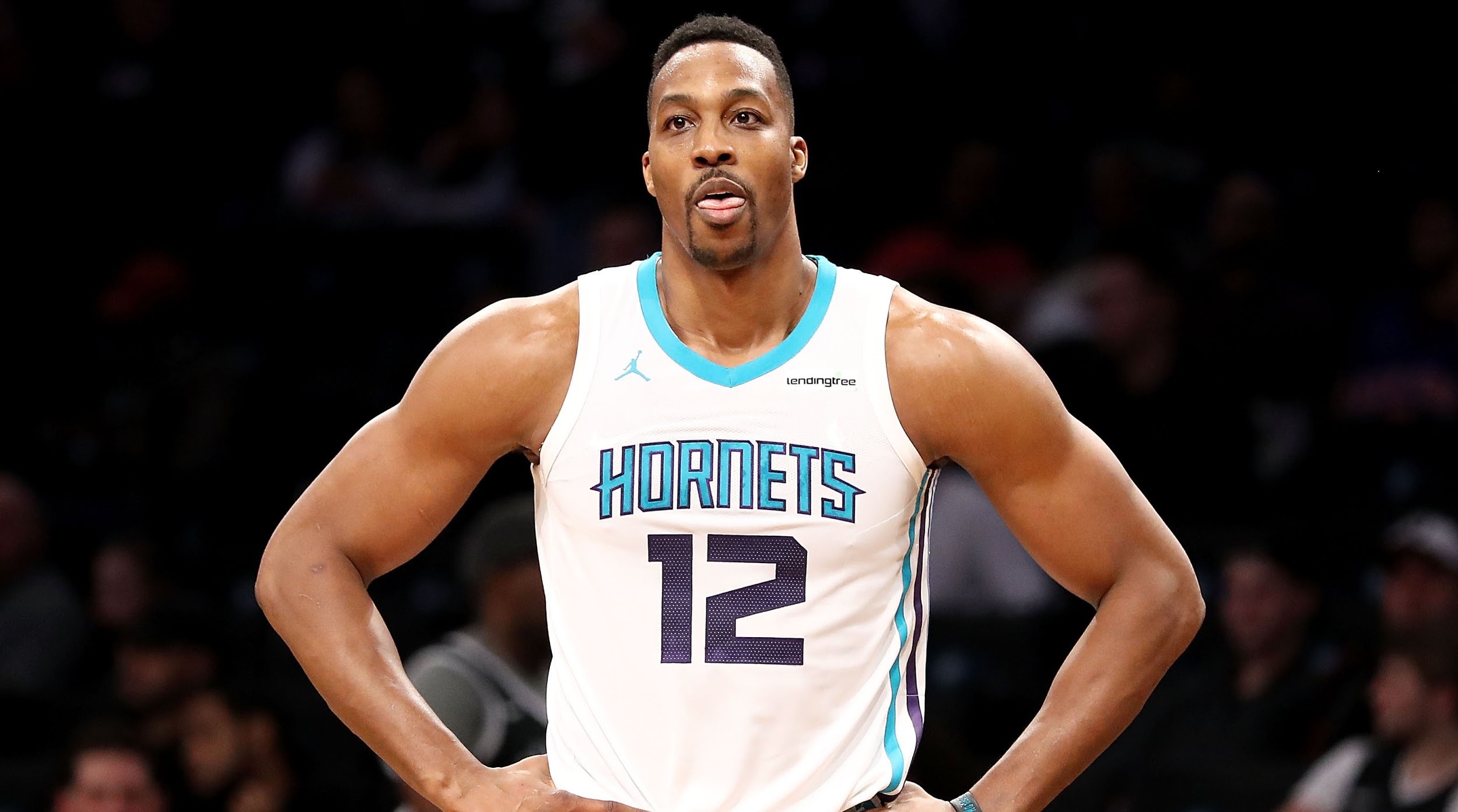 Dwight Howard is on the move again. The 8-time NBA All-Star was traded by the Charlotte Hornets to the Brooklyn Nets on Wednesday.

This is the third time in as many years that Howard is changing uniforms. After starting his career as the franchise center of the Orlando Magic, Howard has fallen from grace and his fall has been very hard. There were rumors that his teammates in Charlotte no longer liked him for several reasons but most notably his attitude.

Let’s review the trade and try to find out which team came out victorious in the deal, if any.

In exchange for Howard, the Hornets received Timofey Mozgov and two future draft picks. Brooklyn sent the 45th pick of Thursday’s draft along with a 2012 second rounder in the package for Howard.

Mozgov is still owed $32.7M for the next two seasons. Current Charlotte General Manager Mitch Kupchak foolishly signed Mozgov to a four year deal worth $64M when he was GM of the Los Angeles Lakers two years ago. The Lakers shipped Mozgov and his ridiculous contract to the Nets last summer in the trade that sent D’Angelo Russell to Brooklyn.

So while Mozgov will cost the Hornets around $7M lesser than Dwight Howard this season, they will still carry his $16.7M salary during the 2019-20 season. On the other hand, while Howard would have cost $23.5M this coming season, he would be off the books next summer as he is on the final year of his contract. In short, the Hornets dumped an overpaid player to absorb a bad contract.

So how does Mozgov fit with the Hornets? Well he doesn’t and that just tells you how much badly the Hornets wanted to let go of Howard after just one season. So why did the Hornets want Howard out so badly and so soon that they were willing to take in a bad contract that would hurt their salary cap in the next two summers?

A Problem For The Hornets 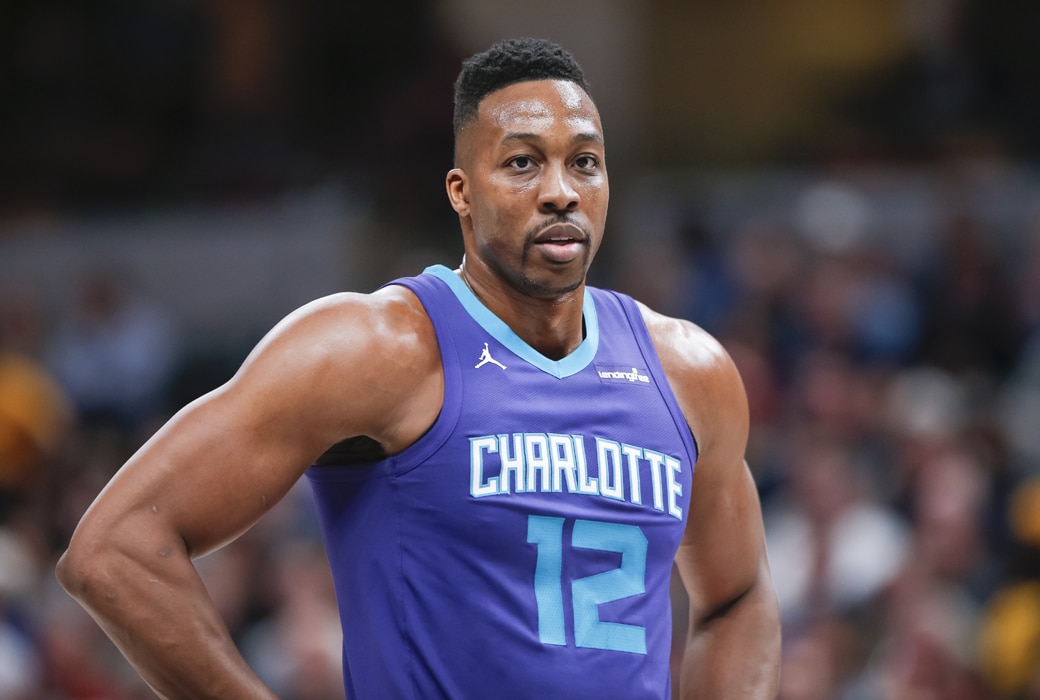 The Hornets brought Howard to shore up their defensive line. But while he averaged good numbers, he didn’t bring in results. Charlotte was 36-46 the season before he arrived. With him on board, the Hornets also finished with a 36-46 during the 2017-18 season. Considering he counted as $23.5M in the Hornets payroll last season, Howard was a very expensive decoration on the team.

With that in mind, you cannot question Charlotte’s wisdom to end the Dwight Howard experiment after one season. They cannot afford to waste another $23.5M this coming season without getting any results. Howard had to go, that’s out of the question. But why so soon?

According to the Charlotte Observer, Howard ‘simply wouldn’t run the play that was called, sometimes in key last-minute situations’. Likewise, the report also said that Howard was a ‘terrible screen-setter. As for his relationship with former head coach Steve Clifford who was touted to be the ‘Howard Whisperer’, the report says that the two had at least one major confrontation last season.

In short, Dwight Howard was a problem for the Charlotte Hornets both on and off the court. He may have produced big numbers across the board every night, but his overall effect to the team was negative. His attitude on the court could have affected his relationship with his teammates as well.

As we said, Dwight Howard had a good year last season, statistically. He averaged 16.6 points, 12.5 rebounds and 1.6 blocks per game in 81 games played with the Charlotte Hornets. His best outing of last season was a 32 points and 30 rebounds game against the Brooklyn Nets last March. Only Howard and Cavs forward Kevin Love have posted that kind of statline in the last 35 years..

Dwight Howard was touted to be the next great center in the NBA. He was a high school sensation at Southwest Atlanta Christian Academy who decided to forgo college in favor of the NBA Draft. He was chosen by the Orlando Magic with the #1 overall pick in 2004 and was supposed to be the Magic’s next franchise center after Shaquille O’Neal.

Howard played eight seasons for Orlando and led the Magic to five playoff appearances including a trip to the NBA Finals in 2009 where they lost to the Los Angeles Lakers in five games. The Magic also won three consecutive Southeast Conference titles from 2008-2010 with Howard at the helm.

But since he was traded to the Los Angeles Lakers in 2012, Howard’s career has spiraled downwards. Howard left L.A. after just one season as he decided to sign with the Houston Rockets. It seemed that Howard would finally settle down in Space City but he declined his player option for the 2016-17 season and signed with his hometown Atlanta Hawks. He lasted just one season with the team and was traded to the Hornets last summer. Barely a year after, he is on the move again to a new city.

While there are still teams who are willing to take in a seven foot physical specimen with previous playoff experience, it does appear that Howard’s star is falling down. At age 32, Howard is a traditional center who plays with his back to the basket. He is a brute on the inside and a terror off the boards and when blocking shots. But in an era where seven footers like Karl Anthony Towns, DeMarcus Cousins and even Nikola Vucevic average at least one three point make per game, Howard has become an afterthought. Given his reported problems off the court, he may not last too long in the very competitive NBA.

May Help The Nets 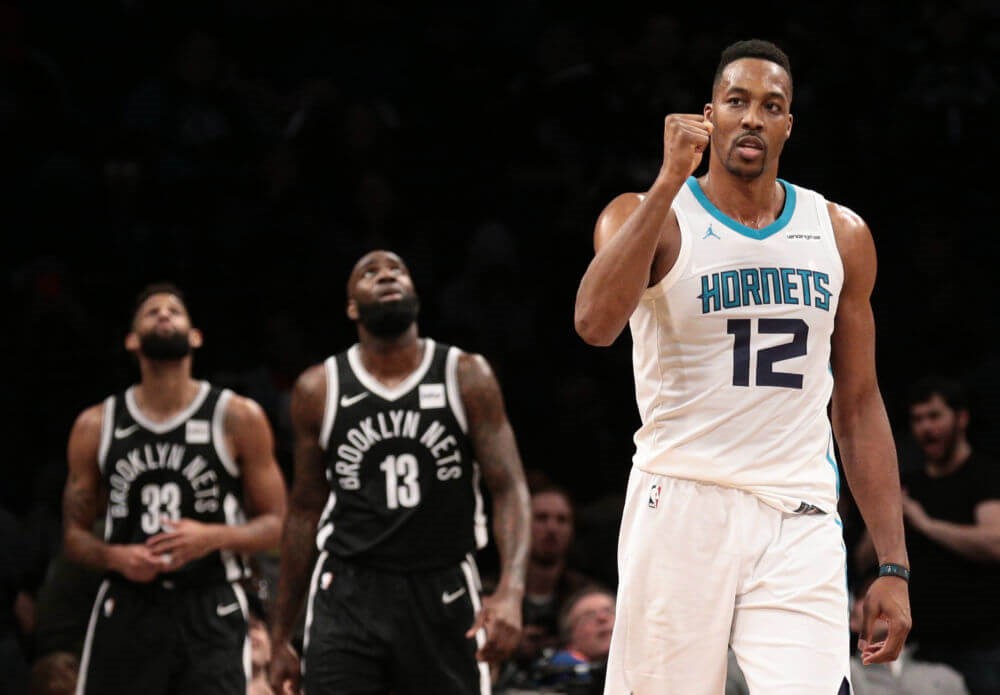 In getting Howard and unloading Mozgov, the Nets will save some $16.7M in salaries for the 2019-20 season. That will give them enough financial flexibility to go after two max free agents during the 2019 free agency where the likes of Kawhi Leonard, Kyrie Irving, Klay Thompson, Kevin Love and Karl Anthony Towns will become available.

But while getting enough cap space next summer may have been Brooklyn’s main goal in the Dwight Howard trade, they may get a bonus in Howard himself. The 8-time All-Star definitely still has plenty left in the gas tank and with Howard, it may be a matter of giving him his opportunities and playing to his strengths.

Sure, he’s far from the three time Defensive Player of the Year that he was during his best years but Howard can still put up numbers. The Nets were 9th in the NBA in rebounds last season. With Howard around, the Nets should move up that ladder even higher. In terms of shot blocking, the Nets were only ranked 16th in the entire league last season. Howard could push them up to the Top 10.

Offensively, Brooklyn ranked 18th in points in the paint last season. With a good post scorer and inside operator like Howard, the Nets could improve on that category this coming season. They were also 15th in the NBA in second chance points. Given that Howard was 7th in the NBA in offensive rebounds per game last season, he gives Brooklyn more opportunities for second chance points.

But then again numbers are just numbers and just as we said, Howard produced very good numbers for the Hornets last season yet he had no effect on Charlotte’s bottomline. They won the same number of games with Howard and without him. But let’s give him a chance. We’ll see what happens.

When we talk about Dwight Howard though, we’re talking of his attitude and how his antics could have an effect in the Brooklyn locker room. Reportedly, teammates grew tired of his act in Charlotte and he was becoming more of a distraction rather than a veteran presence for the youngsters. If this is the Howard who’s coming to Brooklyn, then we may be seeing the last of Dwight Howard next season.

For now, let’s give Howard a chance though. A change in scenery could produce a change in results. Maybe all he needs is a fresh start and a new beginning. But remember that Howard has moved to three teams in the last three seasons.There’s definitely a red flag there.