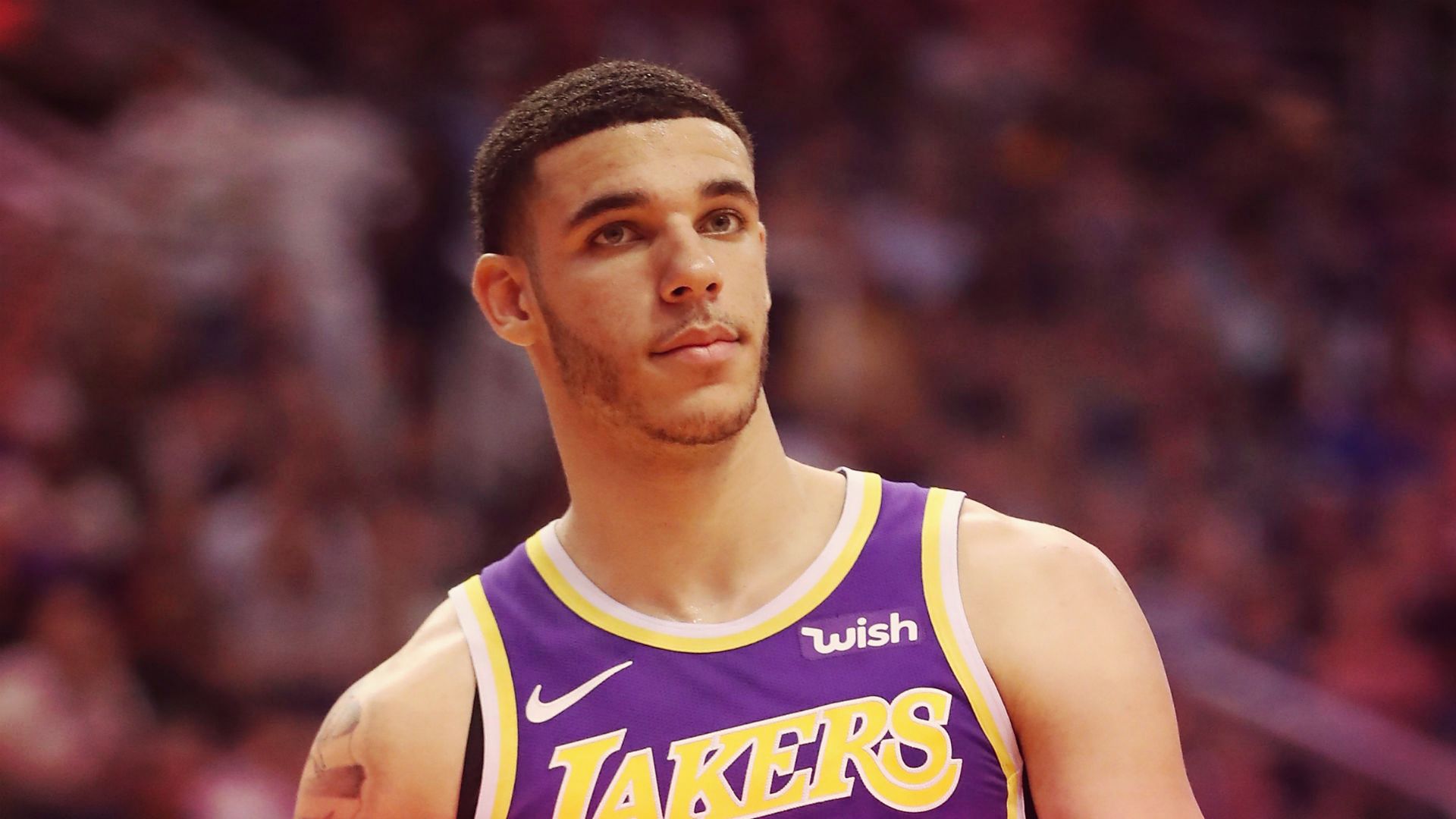 Each Western Conference Teams’ Most Disappointing Player of the Season

The arrival of LeBron James to the west coast, and the emergence of prized rookie Luka Doncic have given this already-stacked conference more star power. The imbalance between the two conferences is still evident this season, with all 14 teams in the West having solid opportunities to grab a playoff spot.

However, there are still players in each team who proved to be a disappointment this year. Just like what we did with the Eastern Conference version of this list, we take a closer look on the Western Conference players who are performing below expectations.

Recent reports around the league have it that the Mavericks are increasing their efforts to negotiate a deal around point guard Dennis Smith Jr. To be fair to Smith, he is actually not that bad of a player. His three-point shooting has drastically increased from 31% last season to an outstanding 38% this year. So what’s wrong in here? Well first, he is an awkward fit in the backcourt with Luka Doncic. Athletic as he is, Smith is still learning to be an effective off-ball scorer but he has not shown enough of that this season. On top of that, Doncic is a much more capable playmaker and scorer than Smith, making the sophomore guard an expendable asset in Dallas.

The Nuggets signed Millsap to a two-year, $61 million contract in 2017 with hopes of him becoming the All-Star of the franchise. Unfortunately, Millsap’s play has regressed with his age, though it isn’t doing a lot of bad things for the West-leading Nuggets. This season, the 33-year old power forward is averaging his lowest points production (12.9ppg) since 2010, while head coach Mike Malone has elected to cut his minutes in favor of stretch forward Juancho Hernangomez. Again, Millsap hasn’t been bad, but you expect more from a player earning $29M every year.

After a promising rookie year, we all thought that Bell would evolve into a modern big man in the stature of Houston Rockets’ Clint Capela. It turns out that idea is pretty much a petty one as the sophomore center is struggling to crack consistent minutes in the Warriors’ rotation. With Golden State knowing that DeMarcus Cousins will be gone for the first half of the season, it was projected that Bell with fill in as the starting big man of the team. But head coach Steve Kerr is electing to start Kevon Looney, while stretch forward Jonas Jerebko has eaten up on Bell’s minutes in the second unit.

We’re putting Ennis here only because he was projected to be a replacement for defensive ace Trevor Ariza, who spurned Houston to sign a hefty one-year deal with the Phoenix Suns last summer. While he is a good defensive player, it’s still quite an unfair comparison to make, given how experienced and skilled Ariza is on both ends of the floor. Ennis has shown flashes on offense, putting up double-digit scoring on several games. However, he has lost significant playing time to more potent perimeter players like Gerald Green and Danuel House.

Make no mistake about it. Avery Bradley is playing at an all-time low. He is averaging his lowest-point production since his rookie year, and his overall impact on both ends of the floor is not as big as it was just a couple of years ago. Doc Rivers, who was his head coach back when they were both still in Boston, is still starting him and giving him huge playing time. But 28.8 minutes per game for a starter who is just averaging 7.3 points and 2.3 rebounds might be too much.

When you watch Ball play, there is this certain smoothness and calm in him that many young players in the league don’t have. But we always have this after-game feeling that there’s more to Ball’s game if he could just play with some kind of fire and intensity. His numbers have gone down this season to just 9.5 points, 5.3 rebounds and 5.2 assists per game. That’s perfectly understandable, with LeBron James and Rajon Rondo manning the point guard position throughout the game. Still, you could argue that once Ball shows more passion and aggressiveness, he could eventually tap into that brimming potential and talent that he has.

Anderson is posting career-highs on rebounds and assists this season, but they aren’t the eye-popping, explosive career-highs that high-impact players usually have. On the flipside, he is also averaging a career-low in three-point percentage with a paltry 27% clip from beyond the arc. The Grizzlies thought that they will have a franchise glue-guy when they signed Anderson in 2018. So far, veteran Garrett Temple and rookie Jaren Jackson Jr are playing that role better.

Wiggins is having a surge as of late, scoring 31 points against the Boston Celtics and an incredible 40 against Paul George and the Oklahoma City Thunder. But overall, this season is still considered a disappointment for the Canadian small forward, a below-average performance for an NBA player holding a max contract. Still, he has become valuable in the Wolves’ climb to playoff contention, and he might be crossed off this list when the regular season ends.

Solomon Hill has found his name in the trading block for some time now. Rightfully so, he hasn’t been playing well for a player commanding $12M every season, and the Pelicans seem to give up on him already. Head coach Alvin Gentry did not field him in the Pelicans’ previous four games as Hill’s production on the floor has regressed. Hill is just averaging 3.9 points and 3.2 rebounds this season.

It’s both disappointing and unfortunate that Roberson is still hounded by injuries at this point of his career. When healthy, he has the potential to be a defensive anchor like Draymond Green, an obvious key cog in the Thunder’s defensive schemes. Though he is still not a good three-point shooter, his versatility on the other end of the floor is just unmatched and it’s tough that he suffered another setback to his recovery this season.

A former fourth-overall pick, Josh Jackson’s production and overall efficiency has decreased this season. Phoenix just has this curse with fourth-overall picks as Dragan Bender could even be on his way out of the league next year. Kidding aside, we won’t be surprised if Jackson ends up on the trading block before the February trade deadline. His perimeter shooting hasn’t improved much, while his decision-making is still befuddling at best. The Suns should gauge the market’s interest on Jackson while he still has some trade value left.

Harkless has been largely inefficient for the Blazers this season. After averaging a career-high of 42% shooting from deep last year, it has now drastically decreased to just a 32% clip. His minutes have also went down as Jake Layman and Nik Stauskas have eaten up on his playing time. He is still owed $11M next year, so don’t be surprised if the Blazers put him on the trading block before the deadline.

After two brilliant seasons that saw him average double-digits in scoring with the Dallas Mavericks, the Kings signed Ferrell in the offseason in hopes of him becoming an excellent sixth man who will back-up point guard De’Aaron Fox. However, that didn’t turn out to be the case this year as Ferrell is seeing his minutes dwindling along with his points production. The Kings front office might have looked into this as recent rumors have it that the team is interested in the services of Atlanta Hawks veteran point guard Jeremy Lin.

Gasol might be losing his battle with Father Time this season. He has missed a huge chunk of the year with an injury, and is producing career-lows when fielded on the floor. Gasol is just seeing 15.5 minutes per game, averaging a measly stat line of 4.9 points and 5.7 rebounds for a player being paid $16M this season.

Exum elicited a lot of hype in the likes of Luka Doncic upon entering the NBA draft in 2014. An Australian-born kid who is largely unknown in America, but popular with his highlights videos surfacing on social media, Exum was regarded as the next international wonder kid. Five years later, Exum is yet to reach double-digits in scoring average, his playmaking is still below-average, and this perimeter shooting is still lowly. He has shown glimpses of his potential especially in the playoff series against the Houston Rockets this season. But that was the highlight of his young career so far, and it’s highly-likely that the Jazz might give up on him soon.