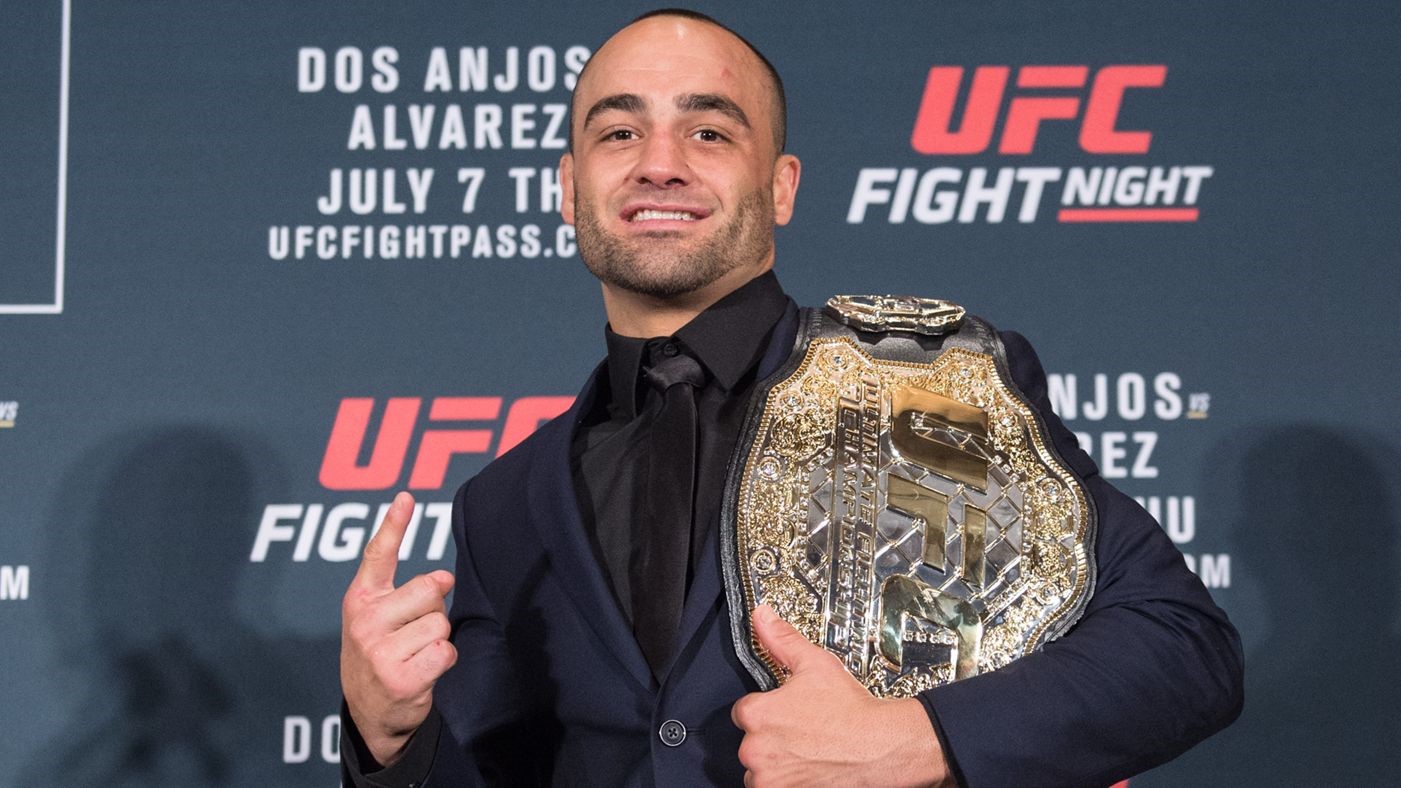 The Underground King is headed to Asia.

Eddie Alvarez went 1-1-01 in his last three fights since losing the UFC lightweight title to Conor McGregor at the iconic UFC 205 in November 2016. Now, Alvarez is taking his talents to the premier mixed martial arts promotion in Asia- ONE Championships.

It was a surprising move, considering that Alvarez was still among the elites in the UFC despite his record in his last three fights. He could have easily gotten another run at the title, although winning it again would have been another story. Still, for a man of Eddie Alvarez’s skill and experience, moving over to ONE is like making the move from MLB to the minors, of course without belittling the abilities of the ONE fighters. But Eddie Alvarez has his reasons.

According to Alvarez, he got an offer from the UFC but ONE’s offer was better:

“The offer from ONE was too good to turn down,” said Alvarez. “Considering what the average pay of an athlete is at the UFC, I believe the UFC did a great job. But, they have a business model. They pay a certain amount for certain fighters for certain reasons. It is what it is. There’s no harm, no foul. It’s a business first with these promotions. ONE looked out for me, looked out for my family and understands my wants and my needs and I think it’s important to return the favor.”

But as Alvarez explained, it’s not just about the money really. Nor is it about fighting easier level of competition. Rather, he says it’s about not having the ability- the ability to be content about his current achievements. Said Alvarez via MMAFighting:

“I honestly don’t have the ability – and this could be a sickness of mine – I don’t have the ability to be happy with my current achievements,” Alvarez said, adding that ONE FC was the only major organization left where he hadn’t won a title. “No matter what I’ve done, fans say ‘what more do you have to prove? You won the Bellator world title and the UFC world title.’ Inside, I wish I felt like that. But I never do. There’s sort of a war going on inside of me that says, ‘There’s more to do, there’s more to improve and there’s things to be done.’”

No Stranger To Asia

The ONE FC is the most prestigious MMA outfit in Asia. Established in 2011, ONE boasts of a roster that includes former UFC heavyweight Brandon Vera, former UFC Fighter Ben Askren and BJJ royalty Roger Gracie. It also has former UFC great Rich Franklin as on of its top executives.

To date, the organization has held 77 events across Asia. It is without doubt the biggest MMA phenomenon on that part of the globe. But in terms of worldwide exposure and level of competition, it pales compared to the UFC. Eddie Alvarez though wants to add to his legacy and make history. That’s why he’s making this leap of faith. Added Alvarez:

“For myself, for my family, for my fans and everyone, this would mean that I would have a chance at making history. Possibly history that could never be made again. It would take a fighter 20 years in the fight game to be able to fight for these major organization, and it’s almost like a lottery ticket to be able to win one world title. So to be able to go to every major organization, fight their best guys in the world, to fight the best guys in that organization and then beat them all one-by-one and win that world title, means the world to me.”

“If I was to retire, and there was an organization out there that was the best in the world and I wasn’t able [to fight there], and people would come to me and they would go, ‘Yeah, but he didn’t win the ONE world title’ – that would bug me. I’m going to save myself that bother and fly to Asia and take on the best lightweights there and win that world title.”

Eddie Alvarez is no stranger to fighting in Asia. He made a name for himself in the DREAM Lightweight Grand Prix competition in Japan in 2008. He also fought for the inaugural WAMMA lightweight title in Japan, losing to Shinya Aoki via submission. Interestingly, Aoki is currently fighting for ONE and RIZIN Fighting Federation.

From Japan, Alvarez went to Bellator where he won the the season one lightweight tournament and became champion for the first time. He lost the belt to Michael Chandler at Bellator 58 but won it back in a rematch two years later at Bellator 106. From there, Alvarez went to the UFC and quickly made a name for himself as one of its tough fighters. He won the UFC lightweight title by knocking out Rafael Dos Anjos at UFC Fight Night 90 in July 2016. However, Alvarez was knocked out by McGregor four months later in his first title defense.

Alvarez’s first fight after losing to the Notorious One was a controversial no-decision against Dustin Poirier at UFC 211 where Poirier hit Alvarez with a knee to the head despite Alvarez being down. The Underground King bounced back with a thrilling slugfest win over Justin Gaethje at UFC 218 before losing to Poirier via TKO in a rematch last July. 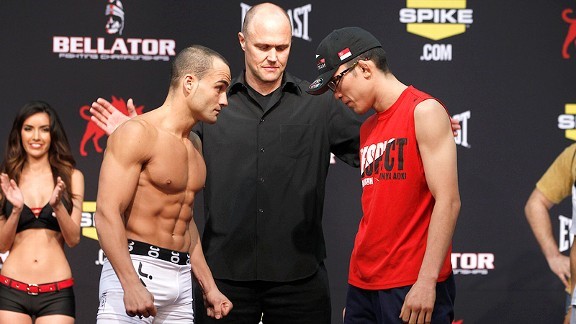 Alvarez also talked about ONE’s stand in weight cutting. The promotion bans weight cutting be dehydration and essentially allows its fighters to fight at their walk around weight. In his case, Alvarez won’t have to worry about cutting down to 155 pounds since ONE’s lightweight division has an upper limit of 170 pounds.

“I love the idea,” said Alvarez when asked about ONE’s weight cut regulations. “I’ve been an advocate of it for years. If people haven’t followed me long enough, they would know I started my career at welterweight (170 pounds). I never cut weight. I went 10-1 as a welterweight. Almost every single fight, I won in the first round by way of knockout by not cutting any weight at all. That’s how I started my career. It wasn’t until my 11th fight that I actually cut down to to 155. So I’m going to enjoy being full hydrated. I’ll keep my explosiveness. I believe I’ll fight at 169 because we’ll need to be full hydrated.

“I’ve been cutting weight since I was 15 years old. There’s not a healthy way to do that. The whole idea is unhealthy. To have to compete within a 15 or 20 hour frame immediately after being severely dehydrated is a tough thing to do. I don’t mind it and I’ve done it for years but I’m very excited at the idea of being full hydrated, not making that weight cut and being able to compete at my walk-around weight. It’s healthy for me but it’s going to be dangerous for my opponent.”

That opponent could easily be Shinya Aoki who dealt Alvarez his second career loss in 2008. Alvarez defeated the Japanese in their rematch at Bellator 66 four years later and you bet ONE execs may be brewing the grudge match already. It’s not as big as Khabib vs McGregor but it’s the perfect storyline for Eddie Alvarez fighting in Asia. Knowing Alvarez is now ONE’s top draw, expect big fights for the Underground King soon.