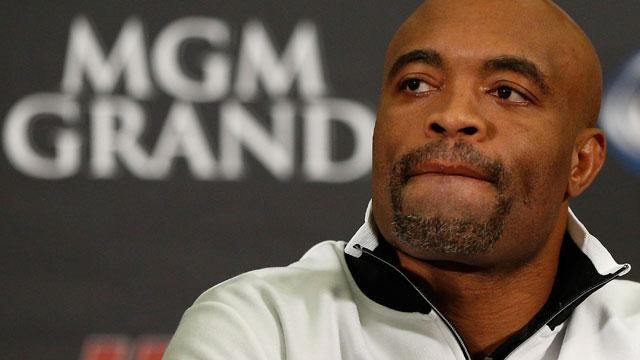 End of The Road For Anderson Silva?

UFC fans have probably seen the last of the Spider.

Anderson Silva was removed from his November 25 fight with Kelvin Gastelum at UFC Fight Night Shanghai after failing an out of competition drug test administered by the United States Anti Doping Agency ( USADA ) on October 26.

The UFC organization was notified today that the U.S. Anti-Doping Agency (USADA) has informed Anderson Silva of a potential Anti-Doping Policy violation stemming from an out-of-competition sample collected on October 26, 2017. As a result, Silva has been provisionally suspended by USADA. Due to the proximity of Silva’s upcoming scheduled bout at UFC Fight Night, Shanghai, China on November 25, 2017 against Kelvin Gastelum, Silva has been removed from the card and UFC is currently seeking a replacement.

USADA, the independent administrator of the UFC Anti-Doping Policy, will handle the results management and appropriate adjudication of this case involving Silva. Under the UFC Anti-Doping Policy, there is a full and fair legal process that is afforded to all athletes before any sanctions are imposed. Additional information will be provided at the appropriate time as the process moves forward.
As a result, Michael Bisping took Silva’s place in the Shanghai event. Silva meanwhile, released an official statement regarding the issue via his Instagram page:

Obviously, I think everything is part of a process of evolution, with each passing day, I can learn more about who I am. I’m here to thank all my fans, especially my coaches and all the contributors for this long journey. I can’t express my feelings and how sad I am, because we all invest love, passion and time in this camp, I don’t know exactly the plans of GOD for me, but anyway, I can only thank him and all of you, for the love and affection, nothing is more gratifying at this moment than having you by my side. I will not give up, much less stop doing what I love, not because of fame or money, it’s because I love to fight. So no matter what happens from now on, nothing changes, my plans are the same, nothing has changed. A big kiss for everyone and see you soon. . Obviamente, acho que tudo faz parte de um processo de evolução, a cada dia que passa, consigo aprender mais sobre quem sou. Estou aqui para agradecer todos os meus fãs, principalmente meus treinadores e todos os colaboradores nesta longa jornada. Não tenho como expressar meus sentimentos e o quanto estou triste, pois todos nós investimos amor, paixão e tempo neste camping, não sei exatamente os planos de DEUS para mim, mas de qualquer maneira, só posso agradecer a ele e a todos vocês, mais uma vez, pelo amor e carinho de todos, nada é mais gratificante neste momento do que ter vocês ao meu lado. Não vou desistir, muito menos parar de fazer o que amo, não é pela fama ou pelo dinheiro, é porque amo lutar. Então, independente do que acontecer daqui pra frente, nada muda, meus planos são os mesmos, nada mudou. Um grande beijo pra todos e nos vemos em breve. . #spiderkick @spiderkick

Silva’s statement is really just a show for his fans because in reality, his fate is in the hands of the USADA which is expected to give him a full sentence because of a previous drug violation. Technically, this is Silva’s first failed test from USADA but since he was previously flagged by the Nevada Athletic Commission, he could be classified as a repeat offender. 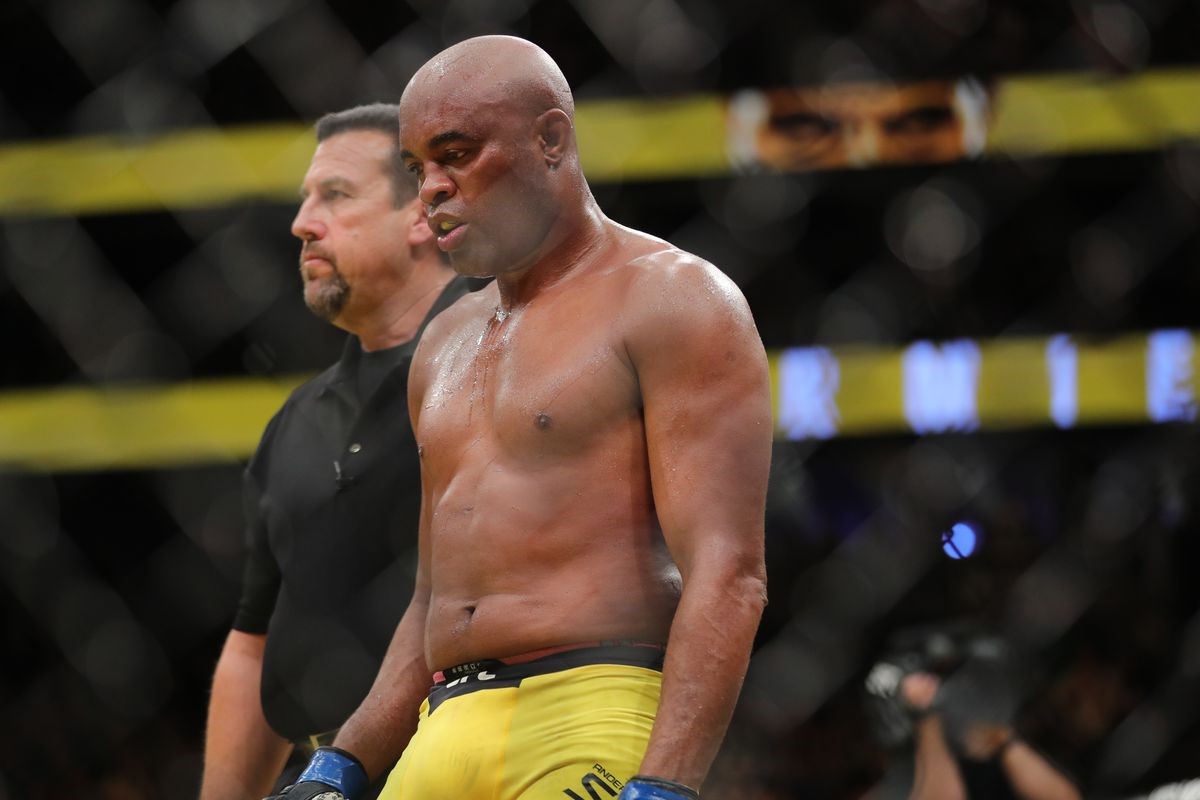 In 2015, Silva was suspended by the NAC for one year and fined $380K for failing not one but two drug tests in relation to his UFC 183 fight with Nick Diaz. The Brazilian MMA legend tested positive the anabolic steroid drostanolone as well as to a form of androstane on January 9, 2015. On January 31, he tested positive again for drostanolone in addition to anti-anxiety medication which is also considered as a banned substance.

The Spider’s involvement in doping came as a surprise because prior to those incidents, he never failed a drug test in his professional MMA career which dates back to 1997. However, that was the first time he was subjected to random, out of competition testing which the NSAC only started to regularly utilize in 2015.

After serving his sentence, Silva returned to the octagon at UFC Fight Night 84 on February 27, 2016. He lost to Michael Bisping via unanimous decision. Silva was supposed to fight Uriah Hall next at UFC 198 but he pulled out of that bout after undergoing gall bladder removal surgery. 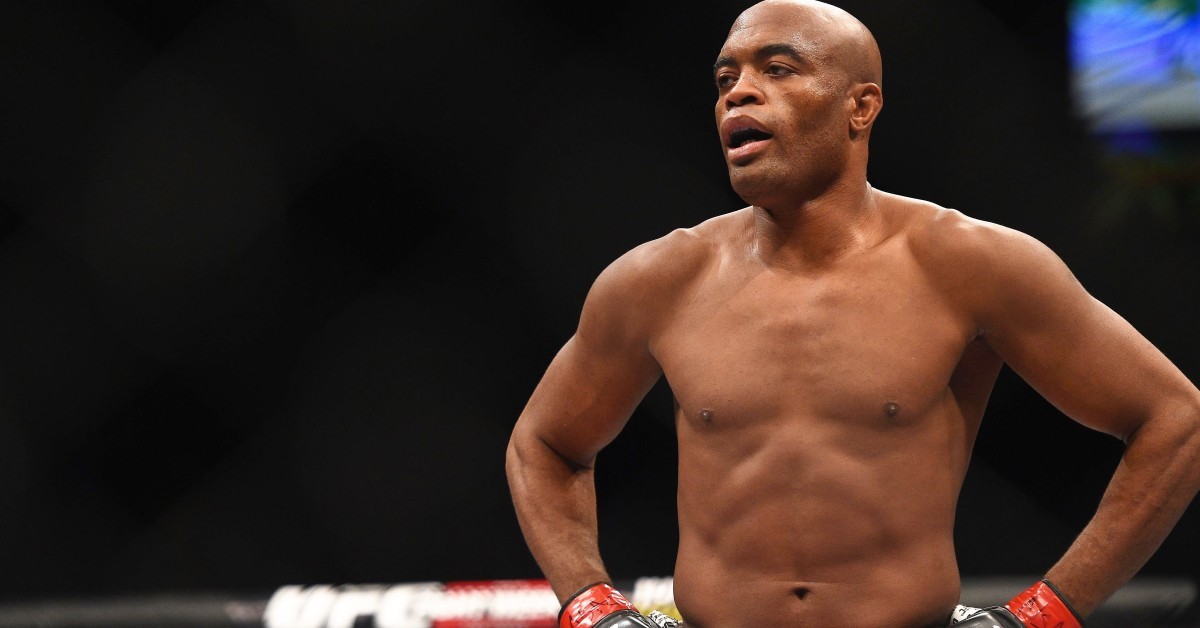 Instead, Silva took a UFC 200 fight against light heavyweight champion Daniel Cormier on short notice. He lost that bout by unanimous decision. Silva’s next opponent was Kelvin Gastelum. However, their scheduled scrap at UFC 212 was cancelled after Gastelum tested positive for marijuana. It was then rescheduled as the main event of UFC Fight Night Shanghai.

Silva is still ranked #8 in the UFC’s middleweight division. But having just one win in six bouts after 2012, he was nowhere near title contention. More than winning the title, Silva was fighting to extend his career. He is already 42 years old and given that he has a previous doping suspension ( even though it wasn’t from the USADA ), he will likely be meted out a stiff punishment ( could be two years ) which should virtually send him to retirement.

Anderson Silva is one of the greatest mixed martial artists of all-time. It’s just tragic that his career is likely to end on a sad note. Despite his proclamation that he will be back soon, it seems unlikely that he will fight again in the UFC because of his age and the length of of the suspension that he is about to be given.

Given the history of Brazilians and doping, it’s probable that Silva was on PEDs during his remarkable runs at PRIDE and the UFC. He was probably just lucky that the drug policy wasn’t as strict during his prime. But with the UFC trying its best to clean its house, the legendary spider was caught in a web of doping scandals that’s definitely going to taint his reputation as the greatest of all-time.