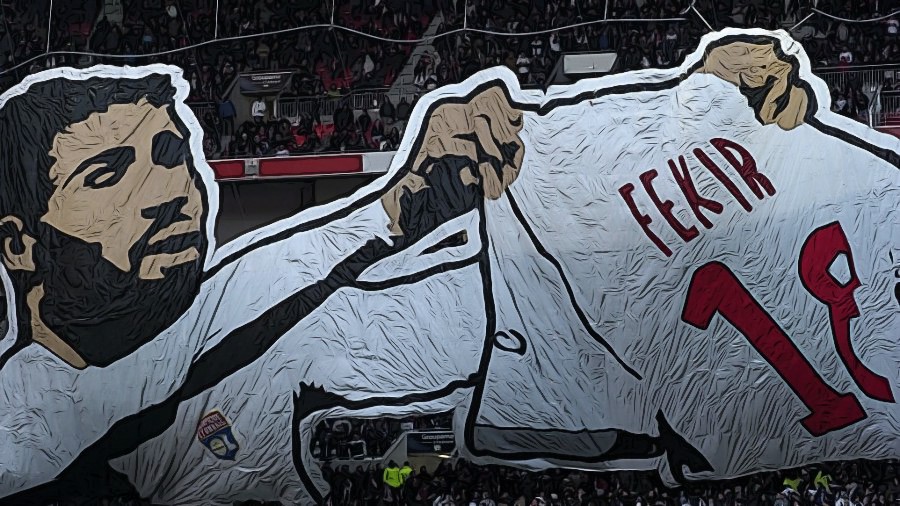 Everything to Know About Nabil Fekir's €70M Possible Liverpool Transfer

Nabil Fekir is one of the biggest stars in the French Ligue One. He’s versatility in the field is what puts him in a whole different level — the reason why he is Lyon’s most prized possession, together with Memphis Depay and Bertrand Traore.

However, it seems like Lyon’s dominance in France’s highest football division isn’t enough. They’re still short of ultimate success as Paris Saint-Germain is atop the power rankings. The Red and Blues also have a full grasp on this year's title, which leaves Lyon no choice but to hope that next season will be better for them.

Of course, that's understandable as Les Gones have made considerable progress over the years. Never before had Lyon made such drastic improvements in their lineup that their likelihood of getting this year’s title had never been this high.

But then again, they still fell short, which makes it possible for their star players to leave and play elsewhere.

That’s what is happening with Nabil Fekir. The Lyon forward had been reported to leave Groupama stadium for Arsenal. However, Lyon President Jean-Michel Aulas denied the reports as he said that there are no negotiations happening between the two clubs regarding Fekir’s transfer.

The report coming from Canal+ and RMC Sport came as a surprise to the Lyon executive as it said that Arsenal and Lyon already reached an agreement that transfers Fekir to Anfield. The reports said that the transfer fee costs €70 million, with Gerard Houllier spearheading the negotiations.

Houllier managed Liverpool from 1998 to 2004 and Lyon from 2005 to 2007, giving him close access to the two clubs. It was said that Houllier had a large role to play in the negotiations.

Getting to know the Frenchman

Fekir is still 24-years-old but has already been appointed by Coach Bruno Genesio as Lyon’s captain last summer due to his huge potential. This season alone, Fekir scored 22 goals and made eight assists, proving that he’s worthy to lead the club.

The midfielder comes from the club’s academy youth program which is why he knows the ins and outs of playing for Les Gones. He grew up from Lyon's gameplays, and in the process, matured and became a star thanks to his peers in the club.

This, according to sports analysts, is the reason why he’s unlikely to leave Groupama.

But why was his exit reported?

Well, this has to do with the previous rumors of him being the perfect replacement for Philippe Coutinho in Liverpool. The Brazilian left the Reds for Barcelona early this year for a whopping £142 million transfer fee. Coutinho was Jurgen Klopp’s go-to midfielder and winger, making his transfer a huge loss for the Reds.

It turns out that Coutinho and Fekir have a similar style of plays. Both are natural midfielders, and both prefer to focus on attacks and offensive plays. The Reds have been used to this gameplay for years, and having Fekir by their side would surely enable them to continue with what they’re great at.

Lyon President Jean-Michel Aulas was even reported to be the one paving the way for Fekir’s exit from Lyon. However, he again denied such claims as he said that they haven’t engaged in talks with Liverpool.

In a postgame interview from their 3-0 victory over Troyes last weekend, Aulas said that these reports aren’t true because he would be the first to know if they had any negotiations with Liverpool or any other club. In this case, there are none, he added.

He even said that he was deeply surprised with the story. He reiterated numerous times that they don’t have any contact with any of the Reds management and that they haven’t allowed Fekir to leave.

Aulas then added that he told Fekir during the signing of his contract that he could come to him if ever he wished to go. Aulas then said that they would do their best to keep Fekir from leaving if he wanted to in the future.

With this, it’s pretty clear that Les Gones has a firm grip on Fekir. This makes perfect sense, though, as he contributes a lot to the team’s overall welfare. Club executives denying transfer rumors is perfectly normal in the football world.

This case is a bit different though because even Nabil Fekir himself denied that the transfer negotiations had been finalized. But the interesting thing about this is that the midfielder's tight-lipped behavior regarding the matter.

He hinted that there’s some truth to the rumors after laughing at the rumors. He will straightforwardly deny if there's no truth to the reports. But in this case, he just merely laughed. His silence might be a sign that there’s an ounce of interest to play for Liverpool inside him.

The Frenchman then said that the important thing, for now, is that he is playing for Lyon. They still have two games left and doing their best to prepare for these final matches is his focus for now.

He then gave again another shot to the transfer possibility as he said that he has to wait and see how things will turn out after the season. He concluded his statement by saying that his heart belongs to Lyon and that he’d love to continue playing for the club where he grew at.

What’s with the Reds?

On the other side of the story, Liverpool had a pretty bad end in the Premier League after Chelsea defeated them last Sunday. The Reds were out of sync, and their gameplays weren't the same as before.

Fans were then quick to blame not only Jurgen Klopp but also their lack of an all-rounder.

Yes, they have the Egyptian phenom Mohamed Salah, but he’s only great in the forward position. Elite forward Sadio Mane also plays for them, but his lack of defensive capabilities renders him useless when the opponents overcome their line.

What they need is a jack-of-all-trades, and Fekir seems like a perfect fit for that category.

Klopp was clearly disappointed with his team. He said during the game’s postgame interview that he wasn’t surprised with the outcome due to their bad performance in previous games. Chelsea who’s at the fifth spot of the power rankings beating a talent-packed Liverpool is clearly a huge upset.

The Chelsea lineup doesn’t even compare to Liverpool’s, but they still thrived. Eden Hazard assured that their lines remain intact in the midfield, Olivier Giroud lead their frontline attacks, while David Luiz took care of their defense.

Everyone did their part extremely well even though they didn’t have any “star players” who have Fekir’s caliber. A 1-0 defeat at the hands of Chelsea seems like a freak occurrence, but this should never be tolerated.

With this, it makes sense for Jurgen Klopp to get someone who can man their offensive and defensive ends at the same time — a jack-of-all-trades, so to speak. However, it’s not just Nabil Fekir who’s on their radar as they’re also eyeing Barcelona winger Ousmane Dembele.

The French footballer is great in making key passes and through balls. His dribbling prowess and finishing skills are also what Klopp needs. The former Dortmund player had been reported to be struggling in Spain.

He's not getting enough playing time, and his role preferences had been snubbed, hence the rumors that he's going to Liverpool. But if one was to compare Dembele and Fekir, it can be easily said that the latter has higher chances of making it to the Reds lineup.

Fekir is a more all-around player than Dembele as he can easily switch between the midfield and forward positions. His ball IQ is pretty high, and his dribbling, crossing, and finishing skills are on par with Messi and Ronaldo’s.

He also likes to play short passes while doing layoffs, which is just the kind of play that Jurgen Klopp wants. It had been reported that Liverpool would set one of their forwards free to make up space for two new additions.

We still don’t know as to who those players will be, but based on the looks of it, it’s very clear that Klopp has his eyes on Fekir and Dembele. There are still no conclusive reports that the transfer will happen. But if ever Nabil Fekir does get to leave Groupama, there’s no doubt that he’s going to be the number one priority of Europe’s top clubs.

Liverpool might even be at the back end of the list as the club doesn’t appeal that much to high-caliber players like Fekir. If he would leave, then, of course, he would choose a top one or top two standing club — the two Manchester clubs in the Premier League, and Barcelona and Atletico Madrid in La Liga.

Unfortunately, these clubs seem to show no intent of getting an all-arounder.

What about Arsenal? Well, that’s more likely. Attacks and possession-based plays are what the Gunners are used to, thanks to Arsene Wenger’s supervision. The 68-year-old manager will leave the Emirates, but he has left an indelible mark on his players.

If Fekir joins Arsenal this summer transfer window, then there’s no doubt that he’s going to adapt quickly and thrive next season.