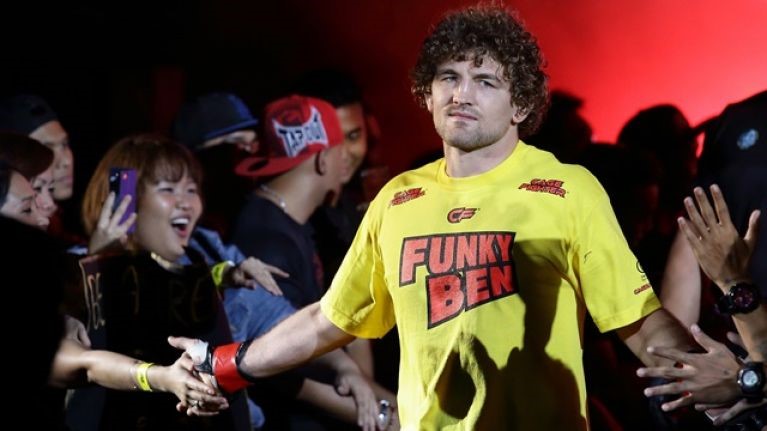 By now you must have heard the news. The first ever “trade” in Mixed Martial Arts was consummated when the One Championship (ONE FC) traded their welterweight champion Ben “Funky” Askren to the UFC in exchange for the latter’s former long-time flyweight champion Demetrious “Mighty Mouse” Johnson.

Askren has long been regarded as the best welterweight in the world outside the UFC. He’s been toiling in Asia’s premier mixed martial arts promotion for several years now after he and Bellator could not agree on a contract. Prior to his stint as One FC welterweight champion, Askren was Bellator welterweight champion and successfully defended his belt four times. Askren entertained fighting for the UFC before but a conflict with Dana White forced him to sign with One Championship.

Funky Ben is unbeaten in MMA competition with a record of 18-0 with 6 wins by knockout and 5 by submission with one no-contest. He is a former gold medalist at the World Championships and Pan-American Games, a 2008 Olympian and a four-time All-American wrestler at the University of Missouri.

Since his trade to the UFC, Askren has already began making noise, calling out people. At first, he called out current UFC welterweight champion Khabib Nurmagomedov and UFC legend Georges St. Pierre. UFC President Dana White has talked about Askren fighting a Top 5 welterweight for his UFC debut. Now Askren has given a wish list of preferred opponents:

Let us examine the five names on Funky Ben’s list: 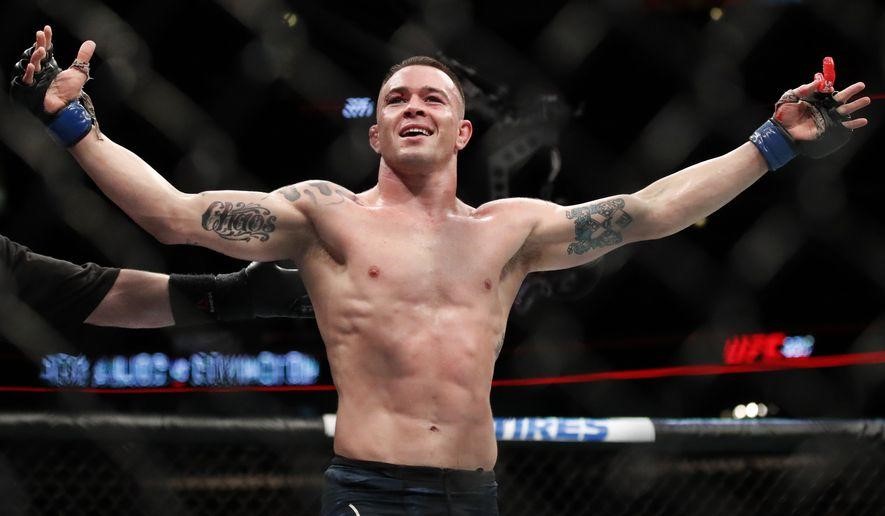 The trash talk between these two has begun. In fact, Askren began calling Covington an “idiot” after Chaos was embroiled in a controversy involving the entire Brazilian population. Askren also called Covington a poor man’s version of himself. Covington is a man who doesn’t shy away from the talking. He called Askren a “needle d**k”, referred to him as a “jobber” and dismissed Funk Ben as irrelevant because he has a padded record and has not fought someone from the Top 50 and has not beaten anybody relevant.

Matching Askren and Covington would be a good idea. Like Askren, Covington has NCAA Division 1 wrestling pedigree. Chaos was a former two-time Pac-10 conference champion and an All-American at Oregon State University. In the UFC, Covington averages a ridiculous 5.63 takedowns per 15 minutes on a 51% accuracy He also owns a 78% takedown defense but averages just 0.2 submission per 15 minutes. On his feet, Colby lands 3.26 significant strikes per minute but absorbs 2.20 significant strikes per minute as well. His striking accuracy is only 38% and his striking defense is listed at 57%. Pit these numbers inside the octagon against Ben Askren and you have a classic wrestling matchup all night long.

2. Stephen Thompson ( Karate does not work on me) 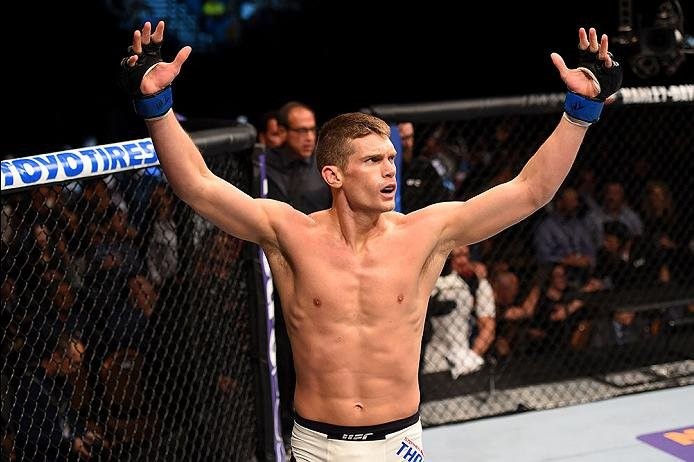 Stephen Thompson rose to prominence with his karate based striking. Early in his career, Wonderboy was either knocking out people or coasting to easy points decision. But when he stepped up to face current welterweight champion Tyron Woodley who isn’t just a powerful striker but also an excellent wrestler, Wonderboy stalled, managed a draw in their first bout and lost via split decision in their rematch. Nothing controversial in both fights, it just appeared that Woodley was the better all-around fighter. Fighting Askren would be different because Funky Ben is rather one-dimensional. But Askren’s strength is Wonderboy’s weakness and vice versa. So this one is interesting to watch.

Ben Askren went as far as saying that he’d make Wonderboy his girlfriend if he wanted to. Now Funky Ben is saying that karate doesn’t work on him. Well that will be the case if Askren takes Thompson to the ground where he had a hard time against Tyron Woodley. In two fights against the Chosen One, Thompson got taken down twice in three attempts. Remember too that during Wonderboy’s first career loss against Matt Brown, the Immortal took him down a total of five times and Brown landed 16-21 ground strikes on Wonderboy. So while Thompson has every advantage on his feet, he will be in deep trouble if Funky Ben takes him down. 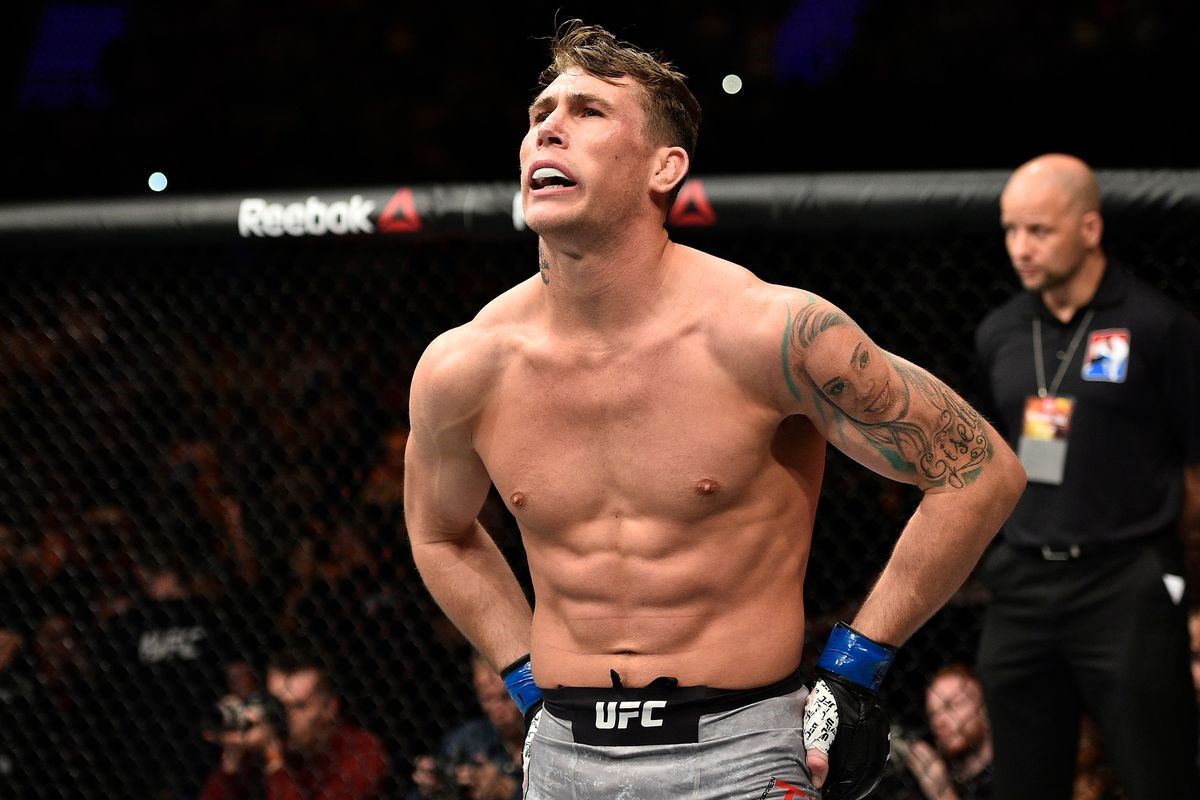 Darren Till had a meteoric rise that saw him go 5-0-1 during a six fight run that included a spectacular knockout of Donald “Cowboy” Cerrone and a controversial win over Stephen Thompson. But while the Gorilla was heavily promoted as the next big thing in the UFC’s welterweight division, Till was easily beaten by Tyron Woodley. Woodley dominated Till on the ground, landing 45-54 ground strikes after the Englishman suffered a knockdown. Woodley didn’t even land a takedown in that fight yet the champion won via beatdown as Till was never able to land a single meaningful punch on Woodley.

Like Wonderboy, Till is predominantly a striker. He would love to strike against Askren and would prefer not to go to the ground with a former Olympic wrestler. Till averages just 0.50 takedowns per 15 minutes and has a 33% takedown accuracy. That speaks of how much ( or less) wrestling skills he has. However, bad as he is on the ground, Till has an excellent 84% takedown defense. He’s not fought a high caliber wrestler though much more someone considered elite like Ben Askren. 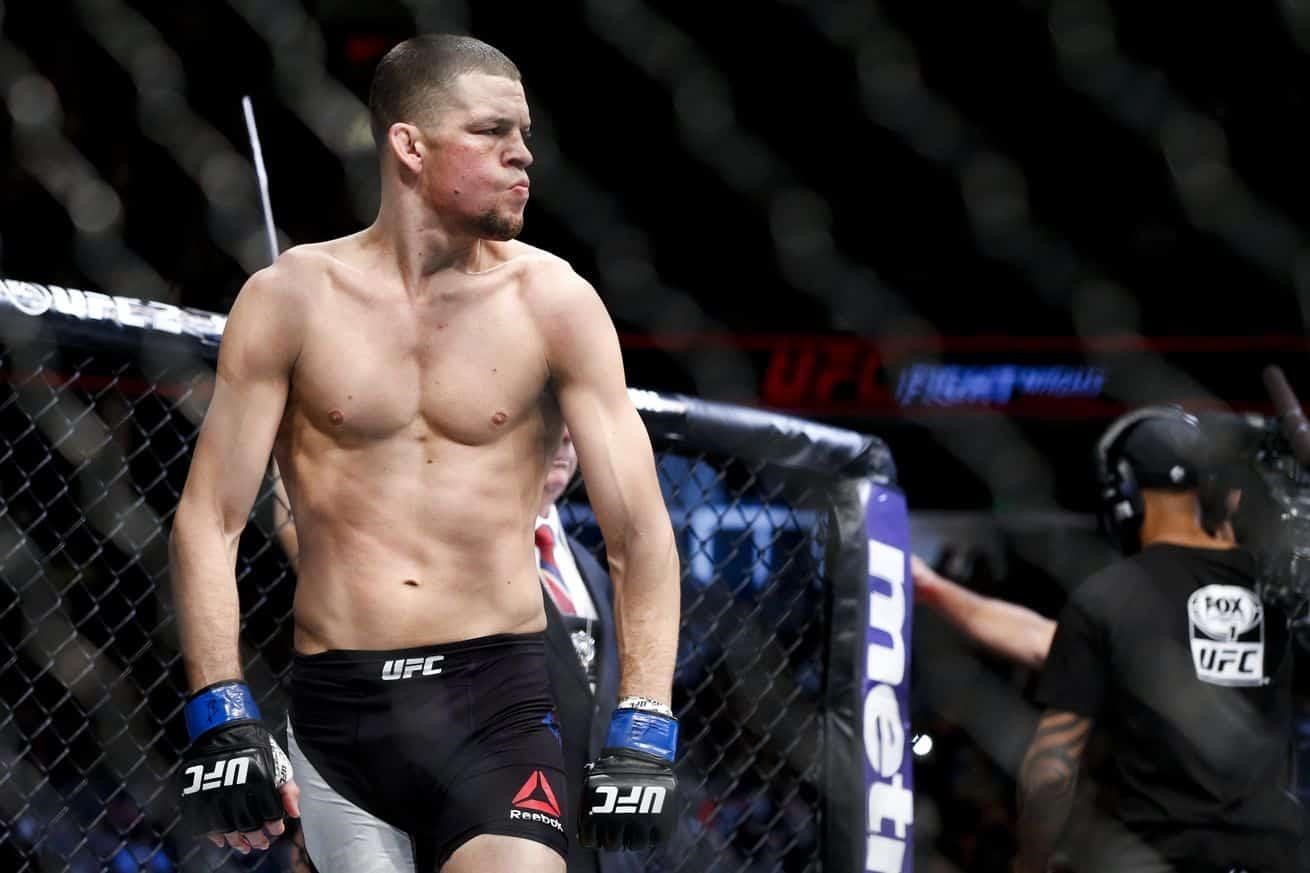 Nate Diaz vs Ben Askren could be the great American matchup, with all due respect to Colby Covington. The Diaz brothers are the bad boys of the UFC but have a huge cult following that always make them a draw regardless of opponent. Diaz is probably the most balanced fighter on Askren’s list as Nate isn’t just known to train with world class boxers like Andre Ward, he also has a jiu jitsu game that can match the best BJJ experts in the UFC. Diaz has 9 submission wins in the UFC, ranking him second all-time behind the legendary Royce Gracie.

Askren will surely have his fits on the ground with Nate Diaz. But because he is bigger, I think Askren has the advantage on the ground. Diaz is the better submission between the two. But given Askren’s pedigree on the mat, I’m not even sure if Diaz can put him in a position where he (Diaz) can submit Funky Ben. However, once Askren gets on top of Diaz, it’s going to be a different story. The question though is if Diaz chooses to strike, can Askren put him down. 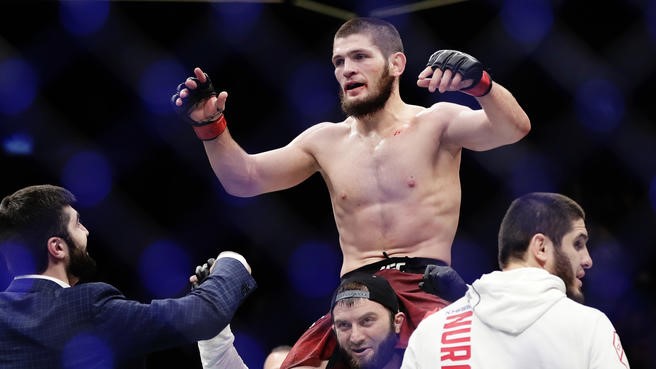 Of course the best test of Askren’s abilities is against the great wrestler himself. Khabib Nurmagomedov is coming off a convincing submission win over Conor McGregor. Khabib is considered one of the greatest wrestlers to ever step foot inside the UFC octagon. The guy wrestled bears as a kid while training. In the UFC, Khabib is averaging 5.09 takedowns per 15 minutes at a 44% accuracy and has an excellent 84% takedown defense.

Nurmagomedov is relentless with his takedowns just as Funky Ben is in his fights. I personally think that Askren’s best test would be Khabib but I don’t think he will get him in his first fight. The question here is whether Khabib is willing to move up in weight to face Askren or if the UFC will allow it. Or let’s look at it the other way around. If Khabib agrees but does so at a catchweight, will Funky Ben say yes? Those are some of the many questions surrounding this matchup but if it can be made, it will be wrestling heaven for sure.

Update: Ben Askren says his list has been narrowed down to two, with only one from his death list First Khabib is certainly out of the equation because he is a lightweight and even if he decides to move up in weight, he still faces a possible suspension after the UFC 229 brawl. Second off the list is Covington who is headed to a showdown with Woodley. he says that DarrenTill is now making a move to middleweight to avoid him. Colby is headed to a showdown with Tyron Woodley. Nate Diaz is surely not fighting someone not surnamed McGregor. All he wants is weed and money. That leaves Funky Ben with Stephen Thompson and according to him, Robbie Lawler.

There is also a current rumor that says the UFC will book Wonderboy vs Lawler and Askren vs Till with the winner of both fights possibly facing each other next. If that’s the case, that’s interesting and would make the welterweight division exciting again. What do you think?