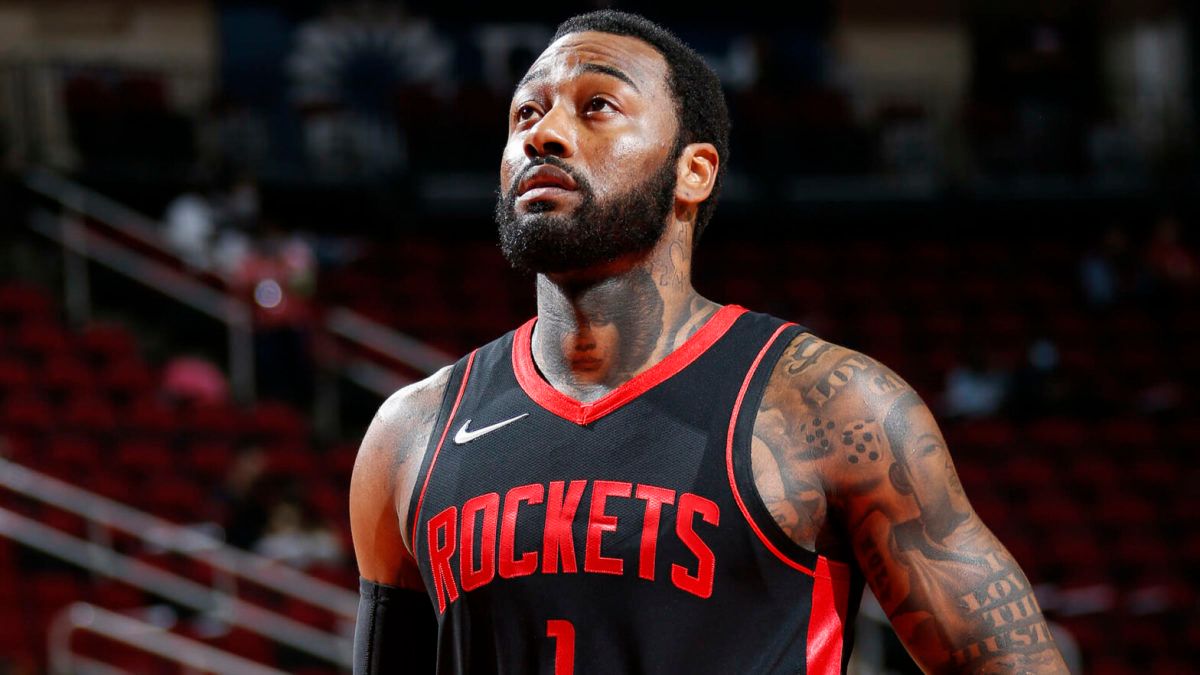 Wall wants to return but will Houston give in?

We have not heard anything much from John Wall and his people this season, but it seems like the curtain has opened and the show is starting to commence in the Houston Rockets’ camp. As per a recent report by Shams Charania of The Athletic, Wall has approached the Rockets with the intention of reiterating his desire to play again, and assume a starting role in the process. Wall has not played a single game this season, which stems from an initial agreement that he and the Rockets front office will try to find an interested trade partner this season.

But the main problem that they are facing is that Wall packs too much load in terms of his contract. He is owed $44 million this season, and will have a player option of $47 million for the 2022-23 NBA Season. That is indeed a lot of money to pay for a 31-year-old point guard shackled by multiple major injuries in the last few years. Of course, the easy way out of this dilemma would be a buy-out scenario, but it seems like both camps are not bent on heading into that avenue.

As per a column written by Senior NBA Insider Adrian Wojnarowski of the ESPN, he mentioned that Wall actually met with Rockets head coach Stephen Silas and general manager Rafael Stone, but officials within the organization appear to be hesitant on giving him that feature role that he wants. That is completely understandable as the Rockets are now fielding out a lot of good young players that include Jalen Green, the second overall pick of the 2021 NBA Draft, along with the multi-talented Kevin Porter Jr.

Houston Rockets guard John Wall met with general manager Rafael Stone and coach Stephen Silas on Sunday to reiterate his desire to return to the lineup in a feature role -- an idea that team officials continue to be reluctant to accept in a possible return to play, sources told ESPN. The Rockets have wanted Wall to accept a complementary role to its young players to play on this team, and the  five-time All-Star guard's unwillingness to do so continues to be a hurdle for the sides in a possible return to play this season, sources said. There is still room for conversation and circumstances to change in this ongoing saga, and the sides will continue to talk as the season unfolds.

Wall has wanted to be a starter again, but perhaps a role similar to that of Derrick Rose on the New York Knicks that includes meaningful minutes off the bench could ultimately appeal to him. The Rockets are building around No. 2 overall  pick Jalen Green and third-year guard Kevin Porter Jr., but injuries could dictate a larger opportunity for Wall at some point in the season. These differences played  a part in Wall and the Rockets deciding in the preseason to keep him inactive to start the season -- with hope that an eventual trade could free him to play elsewhere, sources said. Wall's massive contract -- two years, $91 million -- has  made a trade extremely difficult, and Wall approached Stone on Friday about revisiting the idea of his rejoining the lineup, sources said.

Wall, who turned 31 years of age last September, is currently on his second year with the Rockets. Last season, he was able to put up an all-around stat line of 20.6 points, 3.2 rebounds, 6.9 assists, 1.1 steals, and 0.8 blocks — numbers that indicate that he could still be a high-impact player for any team. However, the setback was that he struggled with his shooting, as indicated by his 40% overall clip from the field and a lowly 32% clip from the three-point line. Wall was still able to go to the free throw line at will and drained 75% of his attempts from the charity stripe.

Wall spent the first nine years of his career with the Washington Wizards where he became one of the best point guards that the league has seen. He was the top overall pick in the 2010 NBA Draft, and he made his impact right from the get-go as he put up a tremendous stat line of 16.4 points, 4.6 rebounds, 8.3 assists, 1.8 steals, and 0.5 blocks per game during his rookie year. Before his injuries, Wall displayed a high level of athleticism, both in terms of verticality, mobility, and agility.

Wall, who stands at 6-foot-4, has notched five All-Star appearances in his very productive career as the starting point guard of the Wizards. He also made it to the NBA All-Rookie First Team in 2011, and was a member of the NBA All-Defensive Second Team in 2015. Wall also was named to the All-NBA Third Team in 2017, and was crowned as the NBA Slam Dunk Contest champion during the 2014 festivities. Wall has never made it to the USA Men’s Basketball Team before, although his name was considered during the 2014 FIBA Basketball World Cup and the 2016 Rio Olympics.

After spending most of his career with the Wizards, the long partnership eventually ended when he was traded to the Rockets in exchange for Russell Westbrook. Originally, the plan last season was for Wall to return to deadly form and create a backcourt tandem with James Harden. However, that did not materialize as their season went awry, leading to the Rockets trading away Harden to the Brooklyn Nets, which then marked the start of a rebuilding process in Houston.

Still, there is no doubt that Wall could be a good point guard for any team, whether that be on a starting position or a role off the bench. According to a column written by Shams Charania for The Athletic, he mentioned that the Rockets would want Wall to come off the bench, viewing him as a reserve prior to this season. However, it seems like that has caused some kind of a crossroads scenario for both camps with these recent reports.

Wall spoke to Rockets officials and stated his desire is to play, have a starting role and compete to maintain it, but the franchise informed him that they want him to come off the bench, and not start, in order to play, sources tell The Athletic. The outcome of the conversations is that Wall will continue to sit out games while remaining professional and being around and engaged with the team, sources said. Rockets officials informed Wall in their conversations on Sunday that they were not willing to guarantee him a starting role. After mutually agreeing prior to training camp that he would be around the franchise and not play in games as the team searches for a trade. Wall, 31, has sat and watched these Rockets (3-16) in training camp, practices and regular-season games and has made it clear privately that he wants to return to the floor.

The Rockets want Wall to come off the bench, sources said, but the one-time All-NBA guard believed he at least deserved the opportunity to compete for a starting spot in training camp. Houston informed players during free agency that the team   viewed Wall as a reserve this upcoming season, sources said. On Saturday, ESPN reported that Wall and the Rockets had been discussing their return to play. Wall  has started for the Washington Wizards and Rockets in all 10 of his seasons prior to this one, and after extending a reserve role to him in the offseason, the two sides believed it was best for him to stay seated on the bench as the team’s front office and his agent, Klutch Sports CEO Rich Paul, worked on a new home.

With the rebuilding process that they are taking right now, the Rockets are off to a paltry start to the season as they are sporting a record of three wins against 16 defeats to start the year. Those three wins came against the Oklahoma City Thunder, the Chicago Bulls, and an overtime win against the Charlotte Hornets. The Rockets, without the services of Wall, are currently on a two-game winning streak and they have the chance to make it three straight when they host the Thunder on Monday night.

The Rockets, who are already without Wall, is also missing the services of Jalen Green. Green, who is averaging 14.0 points, 3.1 rebounds, 2.3 assists, and 0.6 steals per contest this season, is listed in the team’s injury report as day-to-day due to a minor hamstring injury.