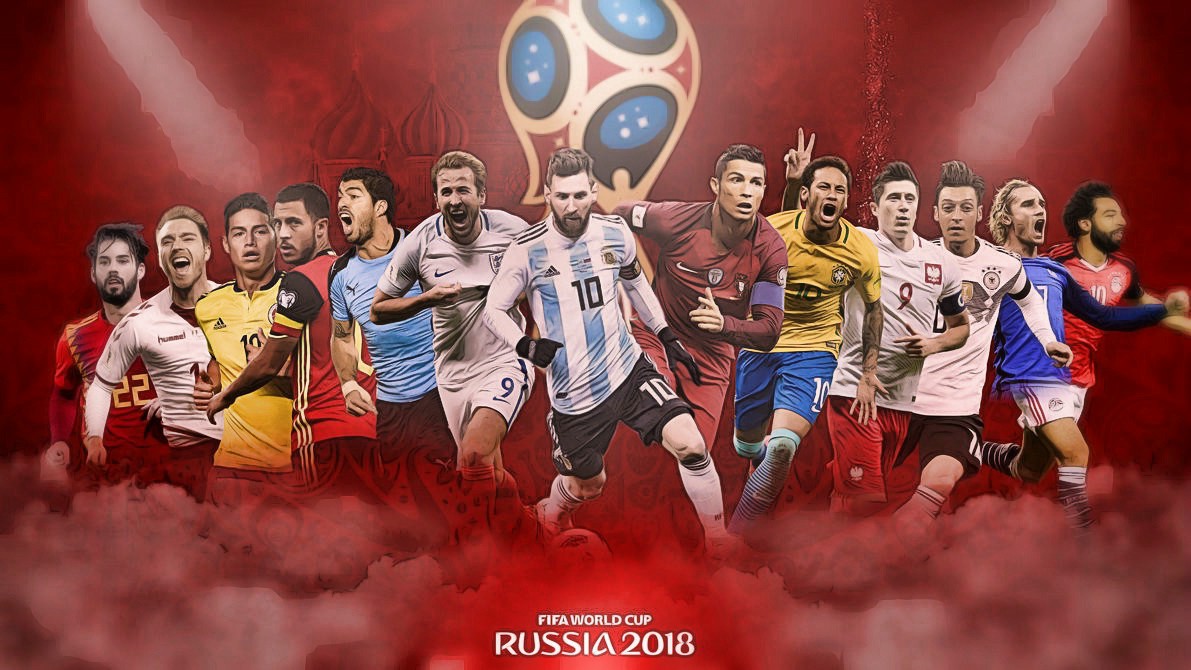 The top guns for FIFA World Cup domination have each expressed their strong desire to win this year’s trophy. However, things have changed a lot since Germany’s championship win four years ago. Now, it’s time for Brazil or perhaps some other country to ace the league and prove to everyone who’s the boss in the football world.

The 2018 FIFA World Cup is only two months away, and the best football players in the world are once again going to compete with each other for supremacy. Can the Germans do it again? Or will Brazil take the trophy this time? What about the other aspiring countries? They sure have high hopes this year, knowing that Germany defied all odds last time.

Here are the top favorites to win this year’s World Cup.

Brazil defeated Germany 1-0 during the International Friendlies match last March 27, boosting their power rankings to the first spot. However, it was more than just a display of power as it also showed that Brazil finally got their bearings right this time. Sure, Neymar did contribute a lot to the roster’s offense, but it was their teamwork that enabled Gabriel Jesus to score a goal.

Douglas Costa also showed that he could take Philippe Coutinho’s spot with ease, after substituting him late in the game. Nonetheless, this wasn’t at all surprising because Tite’s men still had fresh memories of their 2014 dumping by Germany. The game’s mental aspect had surely driven their thirst for victory, though it was still a friendlies.

The crushing 7-1 semi-finals loss to Germany might haunt them, but looking at the bright side, it might just be what they need to boost their eagerness to win this year’s World Cup. Take note that the Brazilians also annihilated Russia 3-0 during their March 23 matchup, another reason why they’re up for greater things.

Then there are the Spaniards who are more than willing to take the stage all to themselves. Some say they don’t stand a chance against the dominating Brazilians or even the reigning champions. Well, Julen Lopetegui is happy to prove them otherwise.
Their fiery game against Germany last March 23 just proved that they got what it takes to win this year’s trophy. However, they fell short as the game resulted in a 1-1 draw — a result which the team considers as a failure.

So what did they do? They bolstered their offensive and defensive ends, and in the process, dominated their game against Argentina, resulting in a 6-1 victory. What makes the win even more interesting is that the clubs two star players, David Silva and Alvaro Morata didn’t play. What more if they did?

The German arsenal took the world by storm after claiming the 2014 World Cup trophy despite them being the 4th seed in the tournament. Everyone thought that it was the start of something great for the underdogs — until now.

Joachim Low's men had a rough start to the International Friendlies after their first game resulted in a 1-1 draw with Spain. It looked pretty bad for the reigning champions, but just when it seemed not to get any worse, it did.
They faced Brazil last March 27, and lost then again, 0-1. It was a crushing defeat for the champs as it pushed down their ranking from the first spot all the way to the third. They didn’t have a legit striker back in 2014, and now that they have one, they still lost!

France also had a pretty bad time in the Friendlies as they plummeted to the fourth spot of the World Cup power rankings. Their March 23 friendlies game against Colombia turned disastrous after the Los Cafeteros rallied to a stunning 3-2 victory.

Les Bleus might be jam-packed with talent; Paul Pogba, Antoine Griezmann, and Olivier Giroud all thirsting for victory. However, it seems like these star players can’t mix up well with each other. Their second game looked better with a 3-1 win over Russia, but that was far from convincing knowing Russia's caliber.

Argentina managed to hang by a thread as it made it to the top five of FIFA World Cup’s power rankings. Thanks to Messi’s late-game hat trick, La Albiceleste won 3-0 over Ecuador, further solidifying their grasp on FIFA domination. But as good as it might seem, it was still an underwhelming campaign as they didn’t convert enough goals to go head-to-head against the top guns of the league — Brazil and Germany.

Nonetheless, the (arguably) world’s best football player is with them, and he might be all they need to achieve their goal of winning the World Cup at Russia. However, it’s also worth remembering that they failed massively during their Germany campaign at the 2014 World Cup. Their back-to-back Copa Americas also proved fruitless. With this, it’s a bit doubtful to expect more from the mighty Albicelestes this time around.

What makes things worse is that the team doesn’t look well-balanced compared to their 2014 roster. Their offensive line up seems to be too much, but then again, that might just be what they need. Coach Jorge Sampaoli also got a lot of high-caliber options to choose from. There’s Mauro Icrdi, Gonzalo Higuain, Sergio Aguero, Paolo Dybala, Angel di Maria, and of course, the great Lionel Messi.
Their strength comes from their offensive end, though. Hopefully, the other clubs won’t notice their lopsided defense as that will surely turn catastrophic.

Then there’s Belgium who’s very hopeful that they’re going to ace this year’s World Cup. Why? Well, it’s their last shot to success as their “golden generation” will play for them for the last time.

Mousa Dembele, Marouane Fellaini, Jan Vertonghen, Vincent Kompany, Radja Nainggolan, and Dries Mertens are all sitting around the 30-year-old average — aka the prime age. If they want to win the World Cup trophy, then this is the best time to do it.

What’s also great about their current roster is that they’re all fired up to prove all pundits wrong. Roberto Martinez also has full control of his team after qualifying through the league without any losses — a huge feat for an underdog team like Belgium. Let’s expect Romelu Lukaku and Kevin de Bruyne to lead the team’s attack this time around.

Uruguay is undoubtedly the underdog in this roundup. But don’t get us wrong, they’ve defied all odds after winning two games in the recently held friendlies. This pushed them to the 8th spot, putting them (somehow) at the same level with England and Portugal.

Their first victory came after defeating the Czechs 2-0 thanks to the hardworking Luis Suarez. Edinson Cavani also stepped up and scored against the Welsh giving them another 1-0 win. Their series of fortunate events weren’t just because of the players though.

Oscar Tabarez also upped his strategy and went on a more aggressive gameplay. Rodrigo Bentancur, Nahitan Nandez, and Giorgian de Arrscaeta were all placed at the midfield position, while the fresh Lucas Torreira got his debut off the bench. Diego Godin also played as a striker.

England is home to some of the best clubs in Europe. However, it seems like the opposite thing is happening when it comes to their international games as they’re struggling to go past their current 9th spot in the FIFA power rankings.

Hopefully, Harry Kane fully recovers from his ankle injury as he will surely carry the team to offensive bliss. Though they might have underperformed at the 2014 World Cup and Euro 2016, it’s very clear that things have changed with their roster.
Raheem Sterling, Jamie Vardy, and Dele Alli, all have one goal in common, and that is to make it to finals contention. Can they make it? We doubt, knowing that Brazil and Germany are currently dominating the scene. But that doesn’t mean we can snob their potential — because there’s lots of it!

This year’s World Cup is also the perfect time for Raheem Sterling and John Stones to break out from their cages and unleash their full potential. They’ve been hiding from the limelight for some time, and now is their time to shine. No doubt they’re going to.

Australia is clearly at the bottom-most spot of the World Cup power rankings. But that doesn’t mean they deserve it. Yes, they’ve been struggling over the past games, 4-1 to Norway and 0-0 against the Czech Republic.

However, there’s still a glimmer of hope shining on them — they passed the playoffs test in an impressive manner. That might seem a very small thing, but that can boost the Socceroos confidence. Sports analysts even think that they’re on par with Saudi Arabia, Tunisia, Panama, and South Korea when it comes to strength. After all, they’ve got a strong offensive line up. That’s all they need to capitalize on to move forward.