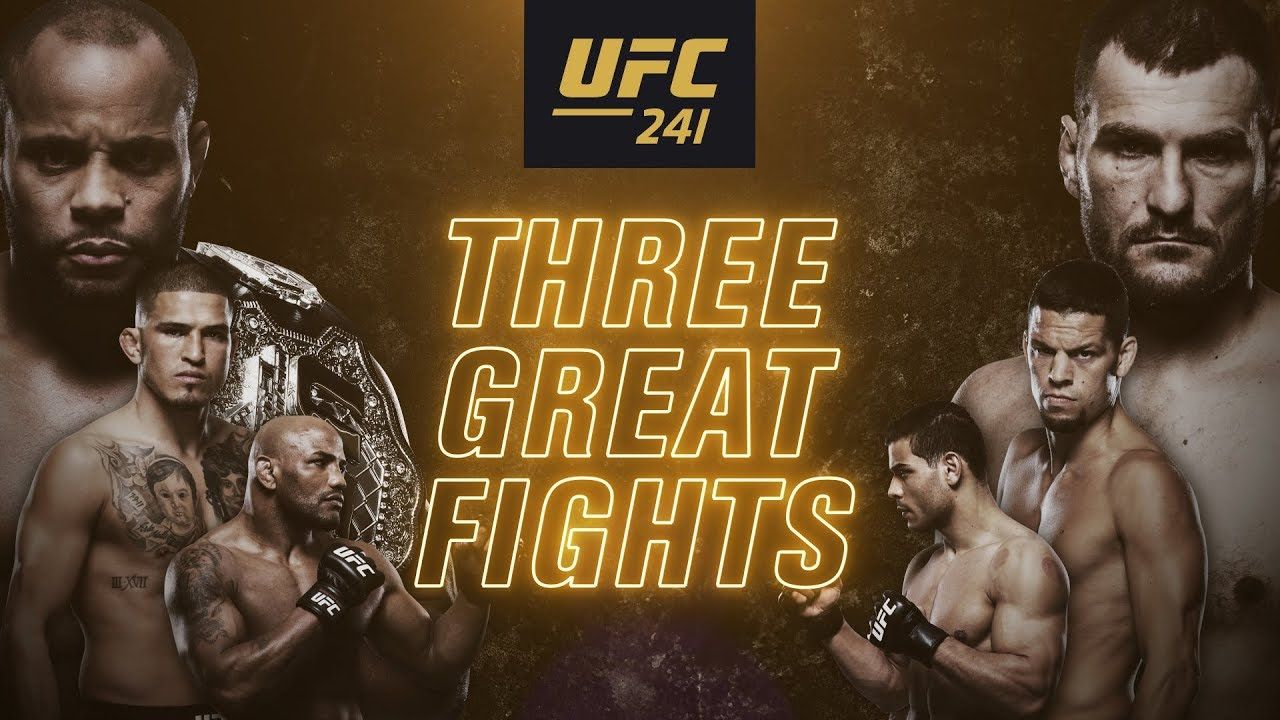 UFC 241 provided fight fans all over the world with one of the most action filled cards in recent years. All the fights showcased the elite fighting skill of the fighters involved. In the fallout, there is a multitude of fights that can be made but here is a list of the top fights that UFC fans are clamoring for.

Nate Diaz didn’t show signs of rust in last fight against Anthony Pettis. After coming of an almost three-year layoff, his boxing is just as crisp and he still has the insane cardio that he and his brother, Nate, are known for.

Masvidal, on the other hand, put a screeching halt to the Ben Askren hype train in record-setting fashion.  He set the record for the quickest knockout in UFC history with a flying knee five seconds into the very first round.

After Diaz’s win last Saturday, he immediately called out Masvidal in the post-fight interview:

“With this belt, I want to defend it against – Jorge Masvidal had a good last fight. Good last fight. All respect to the man, but there ain’t no gangsters in this game anymore. There ain’t nobody who does it right but me and him.” Diaz said.

Masvidal, who was also in the building watching the fights, was seen cheering as Diaz was calling him out.

In a recent video from hits channel Masvidal said, “Nate was right about one thing, I ain’t no West Coast Gangster”

“But I’m from Miami-Dade County. I’m a dirty south goon. Damn right, I ain’t no West Coast gangster.” He added

Even if a fight between them would be a non-title fight. It is surely a fight the fighting fans will pay good money to see.

With his impressive against Yoel Romero, Paulo Costa vaulted himself to No. 2 in the UFC middleweight rankings. This essentially means that he’s next in line for a title shot against the winner of the unification bout between Adesanya and Whittaker fight on UFC 231.

What makes this more interesting is that Costa and Adesanya have been engaged in a war of words for a while now.  Adesanya implied in a previous tweet that Costa had “dinosaur arms”. In response. Costa said:

“For me, Romero won against Robert Whittaker, but if Adesanya won, takes the belt, man I can kill that guy. He’s very skinny, he does not have a chance against me.”

Costa also seems to be confident that he can beat either one. “[Adesanya and Whittaker] are not tougher than Yoel,” Costa said. “So, because of this I know, Israel [hasn’t proven he’s tough] yet. Whittaker is a true champion, but he’s not more tough guy than Yoel. Because of that I say I can beat both.”

Now that they have a win against each other, it only makes sense that a third fight between Daniel Cormier and Stipe Miocic be made to close out their rivalry. That only happens, of course, if Daniel Cormier postpones his retirement for a while to make another run at the belt.

UFC President Dana White seems to be very much open to the trilogy fight as well.

Both fighters know how important the outcome of this possible trilogy to each of their own legacies. This might determine who will be regarded as the greatest heavyweight champion of all-time. Regardless of whether the fight will be made or not, these two fighters have secured their place in UFC history and, most probably, in the Hall of Fame.