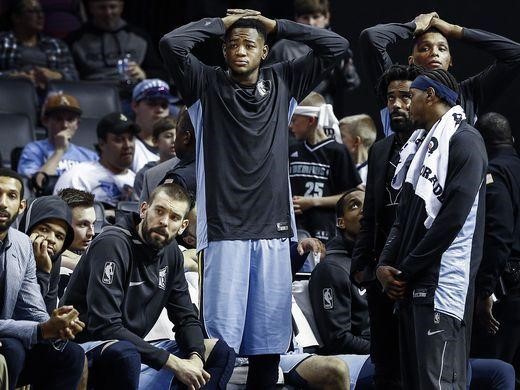 Firing David Fizdale Was The Easy Part For The Memphis Grizzlies

The Memphis Grizzlies suddenly find themselves on the hotseat and in the middle of a crisis after a benching incident that involved all-star center Marc Gasol on Sunday night. That incident has led to the firing of head coach David Fizdale, less than 24 hours after Sunday’s debacle against the Brooklyn Nets.

With the Memphis Grizzlies trailing by 14 points to begin the 4th quarter and playing without an injured Mike Conley, you would’ve believed that coach David Fizdale would ride Marc Gasol in the final stanza. But he did not.

“We’ll address it if it needs to be addressed but it was a pretty simple decision what I did,” Fizdale said. “It’s nothing against him,” Fizdale said. “I’m trying to win a game. I’m desperate. I took a risk. Sometimes when you take a risk you may (upset) a player or two. That’s part of this position. I can own the decision and I have my reasons why. Winning is my only priority.”

Gasol got up off the Memphis bench twice in the fourth quarter, at one time walking towards the scorer’s table. But he never got back in the game. Instead, Fizdale played Jarrell Martin, Andrew Harrison and James Ennis. He played JaMychal Green, Tyreke Evans, Ben McLemore and Deyonta Davis.

"We had just been playing so bad up to that point. That group was the only group that could get anything going so I just rolled with it,” Fizdale said. “It’s a long season - 82 games. We were struggling, so I was just seeing if that group could keep the momentum going but it didn’t work. Not much has been working so I took a gamble on it.”

Not A Single Minute 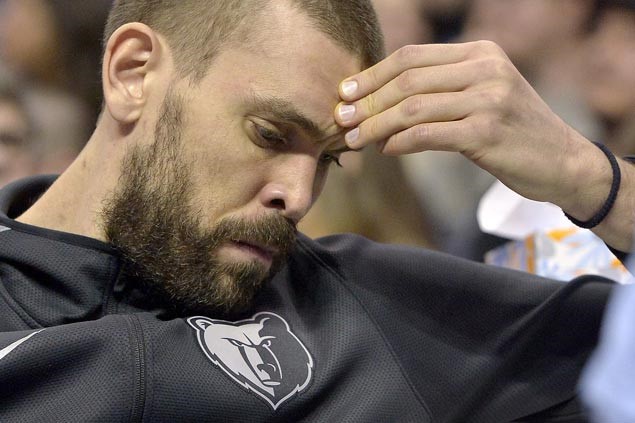 And Marc Gasol? not a single minute in the payoff period. That was a shock more than a surprise really because Gasol tried to set the tone early with his forceful play inside the paint. Marc was in attack mode right from the opening tip. He torched the Nets with his post-up game, mid range game and fall away baskets.

Entering today's game needing 9 made FGs for most all-time in @memgrizz history, Marc Gasol goes for 16 PTS (6 made FGs) in the 1st half! pic.twitter.com/2SqNeEEtdV

What was more shocking was how Fizdale didn’t give an explanation about benching Marc Gasol:

“We’ll address it if it needs to be addressed but it was a pretty simple decision what I did,” Fizdale said. “It’s nothing against him,” Fizdale said. “I’m trying to win a game. I’m desperate. I took a risk. Sometimes when you take a risk you may (upset) a player or two. That’s part of this position. I can own the decision and I have my reasons why. Winning is my only priority.”

Sure, Marc Gasol was shooting just 6-17 from the floor and was a -17 on the court. And sure, the line-up of McLemore, Evans, Ennis, Green and Davis cut a 19 point lead down to five at 82-77. But less than a minute later, that lead was back up to 10 and never lower than seven points the rest of the way. But when you’re riddled with injury and winning is your priority, you have to ride the tried and tested horse. 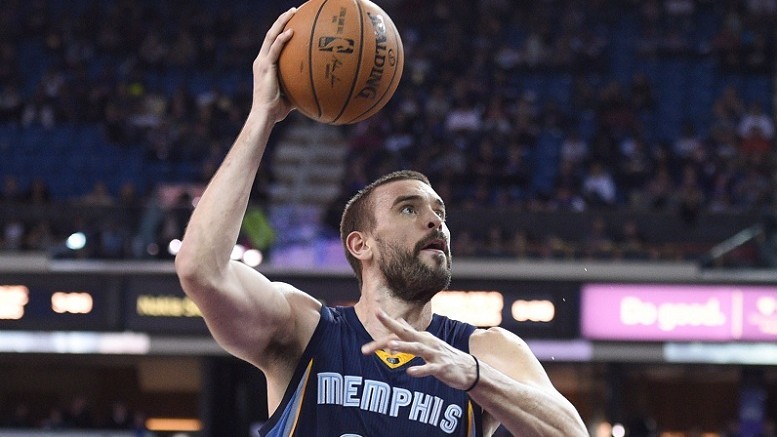 That remarkable run in Grizzlies history was dubbed as Grit and Grind. Marc Gasol was at the heart of that as much as Tony Allen, Zach Randolph and Mike Conley were. With Allen and Randolph gone this season, Conley and Gasol tried to carry the flag. They had an excellent 5-1 start. Then Mike Conley got hurt. He missed 7 of the next 12 games ( including the last 6 ) and the Grizzlies have won just twice during that period. Including the loss to the Nets, Memphis has now dropped 8 in a row. 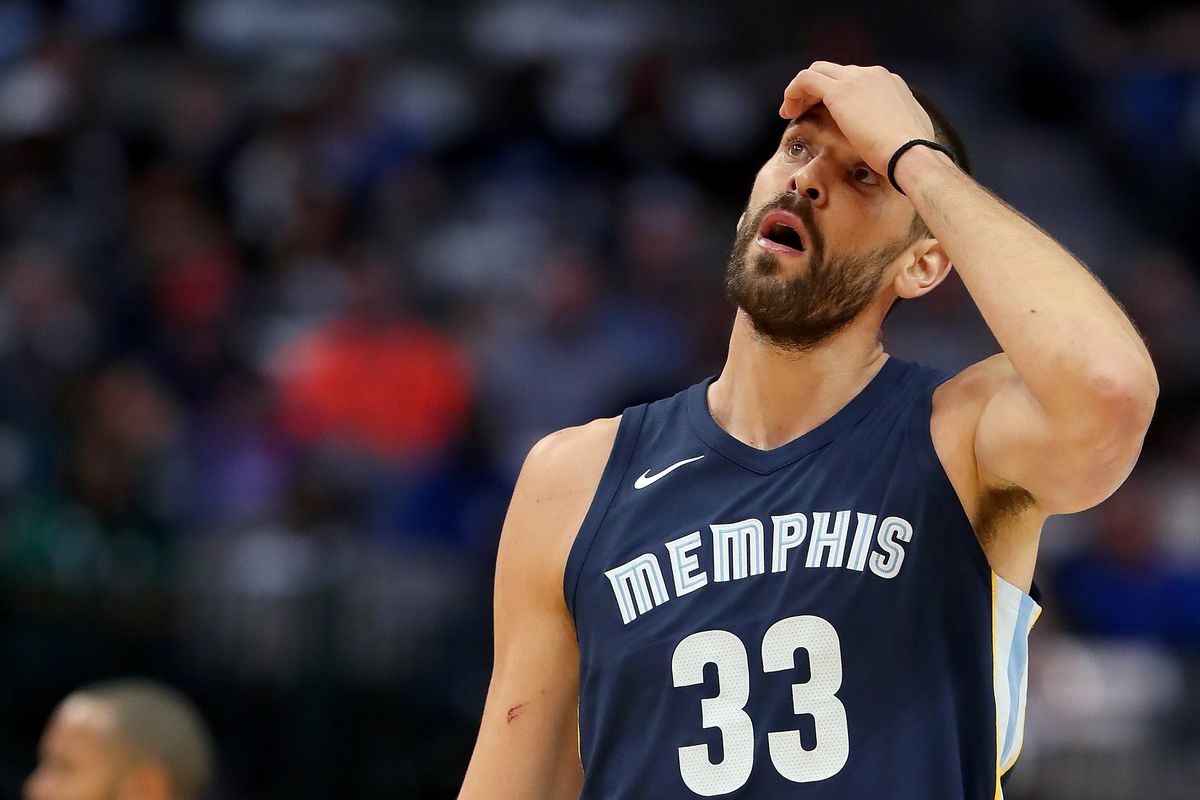 This 8-game losing streak is the Grizzlies’ longest since a similar skid during 2008-09, Gasol’s rookie season. Memphis began that season 8-8 but then lost 15 of 17 games and had an 11-30 record in January. Amidst a seven game losing streak back then, Coach Marc Iavaroni was fired.

With the way Memphis has been playing lately, the odds are high that this current losing streak could extend to twelve. Without Conley, it’s going to be tough to win games. Outside Conley and Gasol, the Memphis doesn’t have anybody special so the idea of letting Gasol go was out of the question. Having said that, it became clear whose head had to roll. 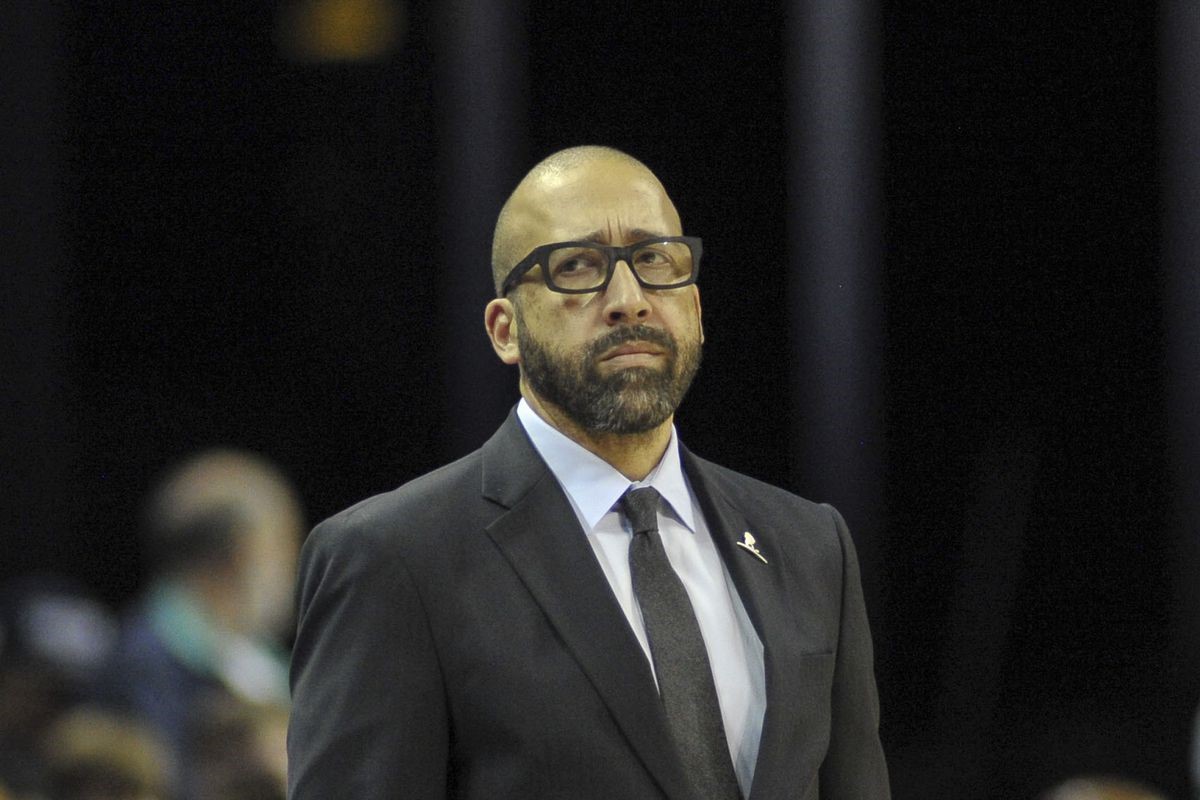 David Fizdale proved his coaching mettle when he steered the Grizzlies to a respectable 43-39 record last season. And yes, who could forget his epic ‘Take that for data’ coaching rant after a playoff loss to the San Antonio Spurs. That surely earned him plenty of respect not just as a bench tactician but as a leader. But the honeymoon is over.

The Grizzlies haven’t won in three weeks and have drifted out of playoff position. Sure, it’s still too early to think about the postseason, but the situation was getting worse by the game. Sunday’s benching incident was the final straw. Change had to happen and given the circumstances, it was the coach who became expendable.

As they say, players win games while coaches lose them. When a team is victorious, it’s the players who get much ( if not all ) of the credit. When a team loses, it’s a coach’s fault. That was the case here and David Fizdale is just the latest casualty. Firing Fizdale was the easy part, getting the team on the right track again is going to be a different story.

NBA MVP Race: Donovan Mitchell Should Be Considered If The Jazz Keeps Up The Wins