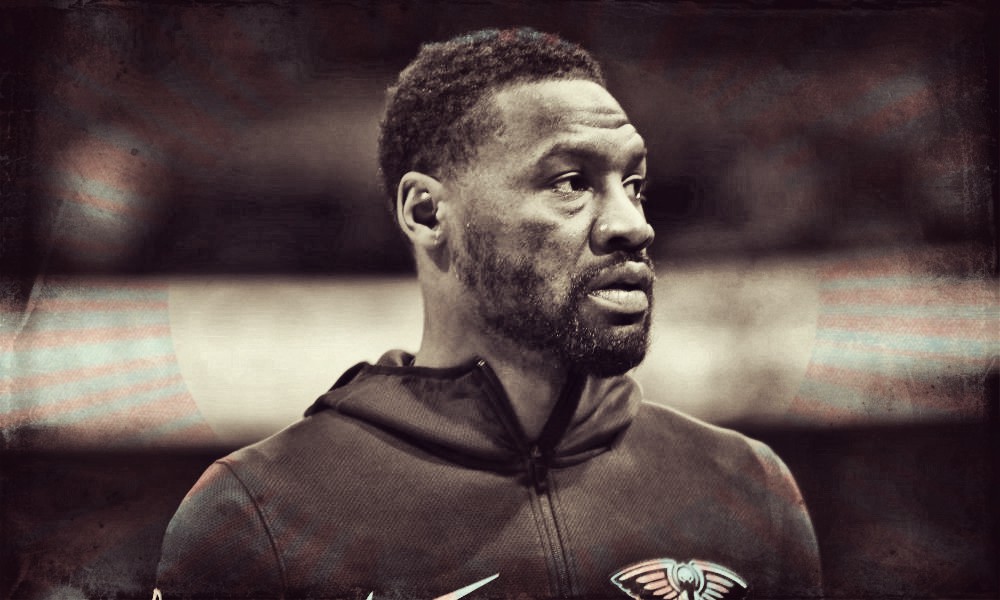 Now that the NBA trade deadline is over, the next thing to do for the NBA’s playoff bound teams in order to strengthen their postseason roster is to pick up players who have been bought out by their teams during or after the trade deadline. There are also players whose relationships with their mother teams have gone sour, they could be waived or bought out anytime now.

We know that Joe Johnson and Brandan Wright are headed to Houston while the sharpshooting Marco Belinelli is likely going to Philadelphia. Kendrick Perkins has signed with the Cavaliers. But while these are the top buyout options for playoff teams, there are still plenty of good names waiting to be picked up or could be available to be picked up:

Here are five of them: 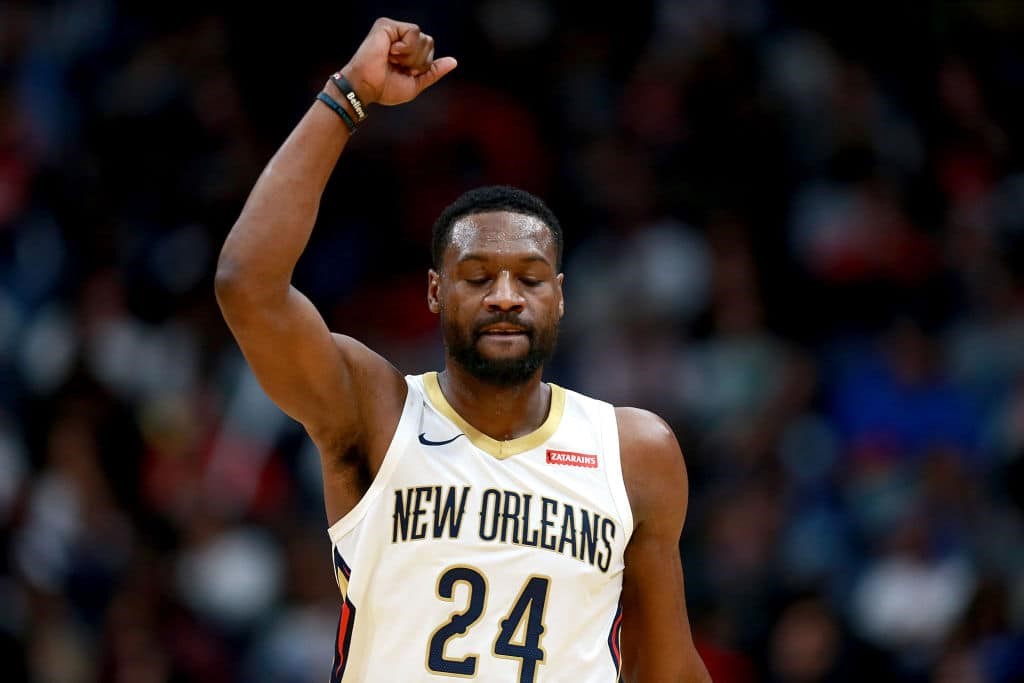 The Chicago Bulls waived Tony Allen after acquiring the 14 year old veteran in the trade that sent Nikola Mirotic to the New Orleans Pelicans.

Allen signed with the Pelicans as a free agent last summer after the Grizzlies decided to end the Grit and Grind era. He’s played just 22 games for the Pelicans and is averaging a career low 4.7 points per game this season. However, while he is a decent offensive threat, it’s Allen’s defense that really matters. Allen was the 25th overall pick by the Boston Celtics in 2004. He has been named to three NBA All-Defensive First Teams, the latest of which was in 2015 when Grit and Grind was at its peak.

With the playoffs coming soon, one of the contenders out there could use a guy with his experience and resume. The OKC Thunder lost Andre Roberson to a season ending surgery. They could use a guy like Tony Allen. Like Allen, defense was Roberson’s forte. However, Tony Allen has the much better offense than Roberson. 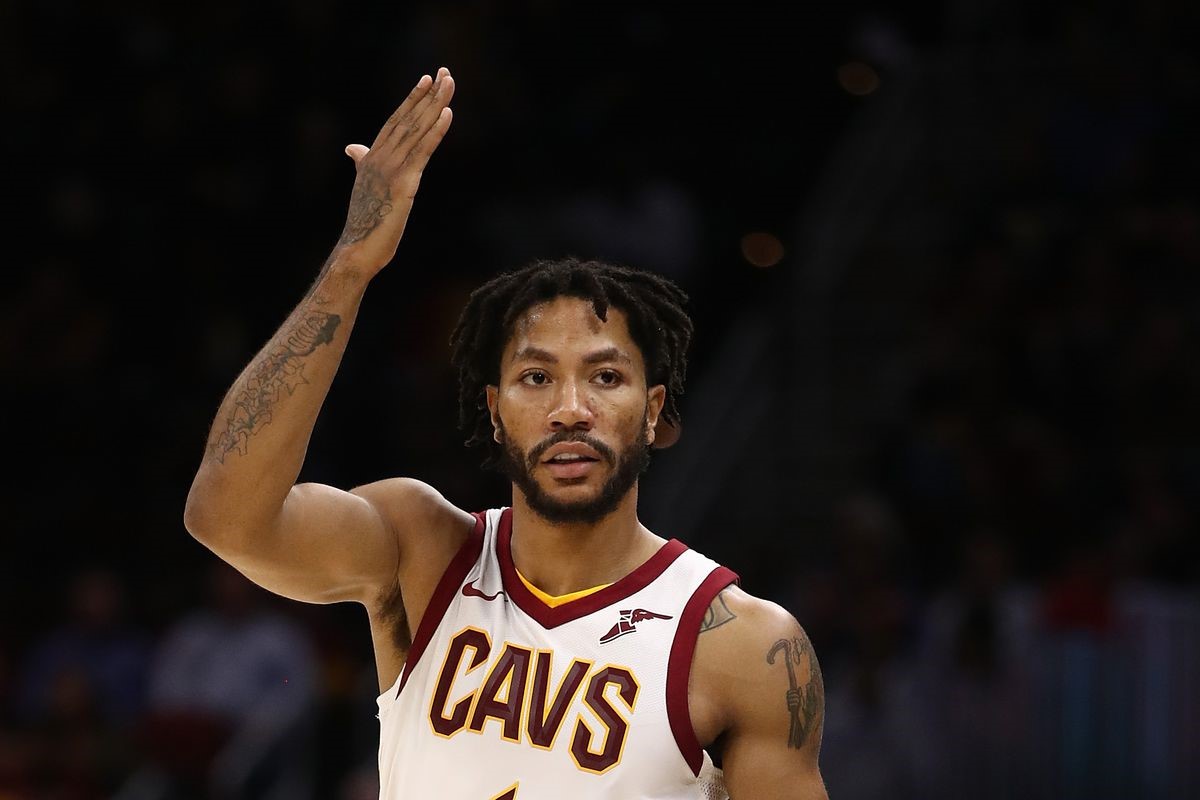 Guard Derrick Rose was among the casualties in the ‘cleansing’ done by the Cleveland Cavaliers at the 2018 NBA Trade Deadline. Rose, along with Jae Crowder were traded to the Utah Jazz in the deal that sent Rodney Hood and George Hill to the Cavaliers, Iman Shumpert and Joe Johnson to the Sacramento Kings.

The 2011 NBA MVP had a one and done season in Cleveland. Rose averaged 9.8 points and 1.6 assists in 16 games for the Cavaliers this season. Although those are career low numbers for the former #1 overall pick of the 2008 NBA Draft, Rose was having a decent year manning the point guard position for the Cavaliers. Some quarters are saying that we’ve seen the last of Derrick Rose in the NBA but given that he is only 29 years old and despite all the injuries that he has suffered, Rose can still put up numbers, just not the ones that made him a sensation when he was playing for the Chicago Bulls.

For starters, the Minnesota Timberwolves are reportedly interested in signing D-Rose. Although the Wolves have Jeff Teague, they only have Tyus Jones and Aaron Brooks as back-up. Certainly, Rose is still the better between the Wolves’ two back-ups and given his former Bulls’ coach is at the helm in Minnesota, plus the fact that former teammates Jimmy Butler and Taj Gibson are there, Rose has crossed Minnesota’s mind.

The Washington Wizards are also another team eyeing the former Bulls superstar. With starting PG John Wall expected to be out for another month, the Wizards need someone to help stabilize their backcourt. Rose has the experience to be that guy. 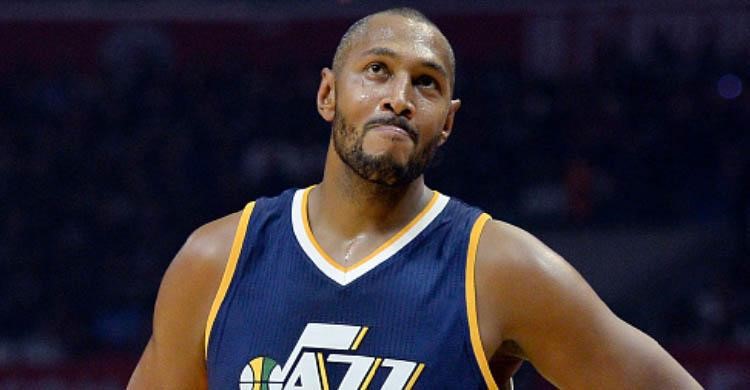 After a 14 year NBA career, Boris Diaw returned to his native France to play for the Paris-Levallois squad. However, Diaw’s French contract has an opt out clause for both NBA and European teams which means that should any team dial his number regarding a playoff appearance, the 35 year old Frenchman can immediately plane in.

Diaw has a disappointing 2016-17 season where he averaged just 4.6 points, 2.2 rebounds and 2.3 assists per game as a part time starter for the Utah Jazz. The Jazz waved him this summer but not after providing the team with valuable leadership and savvy on and off the court. The Jazz won 51 games last season and advanced to the second round of the 2018 NBA Playoffs.

According to the ESPN’s Tim McMahon, Diaw has touched based with several playoff bound teams. As to which he didn’t mention but considering he was a well loved teammate in every city he played, Diaw should fit in right away in any NBA locker room, Not only that, he will also be able to provide instant production given his experience and court smarts.

A team like the Cavs could need a steady presence like him. With Kevin Love out, the other big man aside from Tristan Thompson is the newly acquired Larry Nance Jr. But while Nance is energy off the bench, Diaw could be a stabilizing force in the playoffs for a newly assembled team like Cleveland. 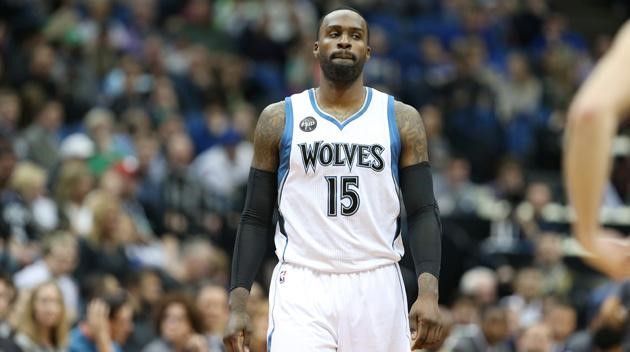 Shabazz Muhammad ditched several suitors to re-sign with the Minnesota Timberwolves this summer. Muhammad signed a two year deal with the second year a player option for him. However, with the way things are going in Minnesota, Muhammad isn’t likely going to pick up that option.

With the likes of Jimmy Butler and Jamal Crawford coming to Minnesota in the offseason, it has been hard to find minutes for Muhammad. The 14th overall pick of the 2013 NBA Draft is averaging just 9.6 minutes per game this season and is scoring a career low 3.7 points per game.

Because of that, Muhammad’s representatives requested a trade or waiver from the Timberwolves but after the Wolves could not find a package for him, they kept him. But with Muhammad voicing out his displeasure, the Wolves may be better off buying him out and signing another veteran who wants to play for their team.

A good scorer, Muhammad was a free agent target of the Lakers, Knicks and Bucks before signing with the Wolves. With the Lakers and Knicks out of playoff position, the Bucks could revisit Muhammad if indeed he ends up in a buyout. Milwaukee’s two guard spot is occupied by Malcolm Brogdon and Tony Snell but Muhammad may be the better ( but streaky ) scorer among the three. He could be a solid back-up for the Bucks and another option especially since Jabari Parker is still finding his rhythm. 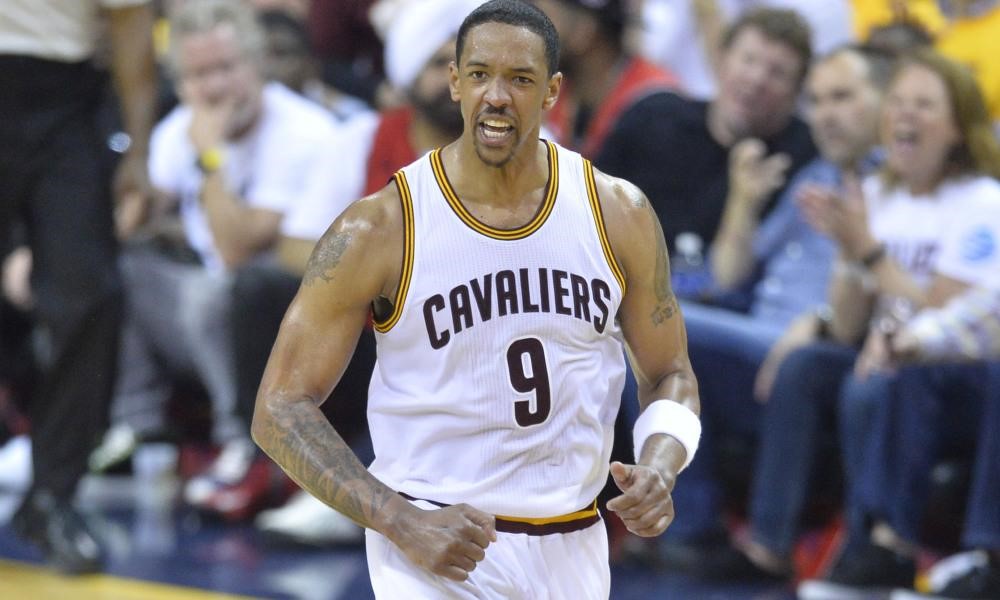 Now word on him year but considering that he didn’t play a single minute in the game where former Cavs teammate Isaiah Thomas made his Lakers debut, Channing Frye may be on the way out of Tinseltown.

Frye was part of the trade that sent Thomas and a 2018 first round pick to the Lakers. Meanwhile, the Lakers sent Larry Nance Jr. and Jordan Clarkson in exchange for the Cavs’ veterans. But because both Thomas and Frye have expiring contracts, it is widely believed that they were used by the Lakers in a salary dump. Everyone knows what Magic wants to do next summer and two summers from now. Thomas and Frye aren’t part of that.

At age 34, Frye doesn’t fit the Lakers fast paced offense. What he does though is stretch the floor and hit the three point shot with good accuracy. Frye is averaging 1.2 three pointers made this season at a 38.7% accuracy. That kind of three point shooting should come in handy during the playoffs when you play teams like the Warriors and Rockets.

Having said that, the Milwaukee Bucks rank 28th in the NBA in three point shooting. That won’t help in the playoffs. And a stretch four or stretch center like Frye can open up the floor for the Greek Freak. Likewise the Washington Wizards have one of the best backcourts in the business but don’t have a four who can stretch the floor like Channing Frye.

We saw Dwyane Wade return home to Miami and it was a beautiful sight. Not only that, Wade should provide the Heat with the much needed leadership in the playoffs. Well we want to see the same happen to Vince Carter. Vinsanity is the oldest player in the league and while he still has some hops at 41, you know his time is almost up. Like Wade, Carter wants to retire with the team that made him a legend - Toronto.

With the Raptors among the East’s elites, they have what it takes to compete against the Celtics and Cavaliers. What they don’t have though is veteran leadership and who better to provide that than Vince Carter himself, that is if the Kings buy him out to give him a fairy tale ending.