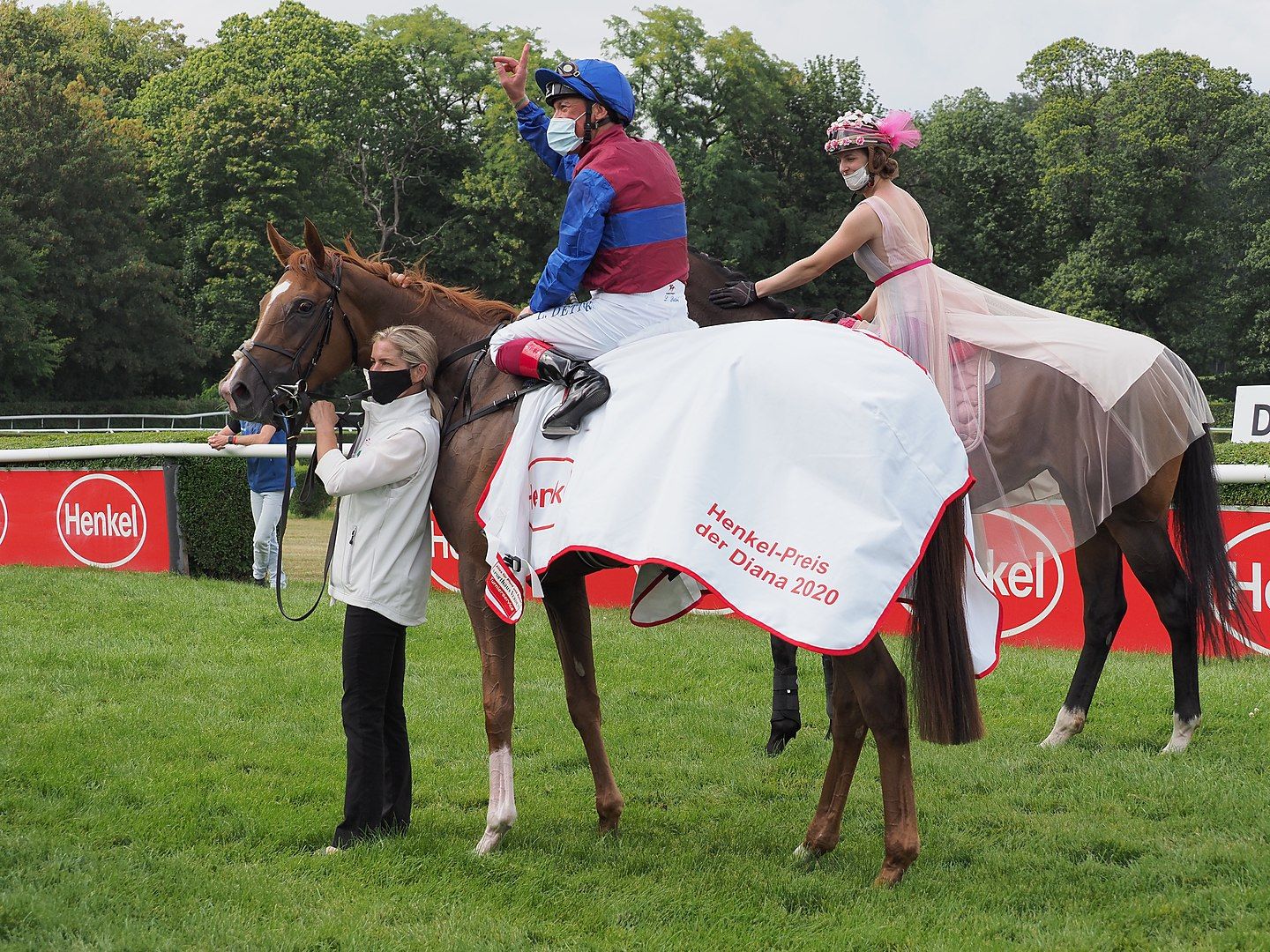 One of the greatest jockeys of all-time has announced that 2023 will be his final year in the saddle. If there is anything that Frankie Dettori hasn’t done in racing, then frankly, it isn’t worth doing.

The 52-year-old has been the athlete that has transcended the sport throughout his career, with anyone that places horse racing bets being familiar with his name.

The Italian-born rider announced last weekend that sadly this upcoming season will be his last, but he is planning to go out with a number of high-profile winners, before calling time on his legendary time in the saddle following the Breeders’ Cup at Santa Anita.

After riding over 500 graded winners in his career, it is often to pick one standout Frankie Dettori moment.

However, his magical day at British Champions Day in 1996 would take some topping. Dettori delivered a masterclass on that afternoon at Ascot, as he would land victories in all seven races on the card. It will be forever remembered as one of the greatest days in the sport, and one that cost the British betting industry over £40 million.

When it comes to one standout ride, Dettori has often called his partnership with the legendary Enable his favourite. Together, the duo won eleven Group 1s, including global victories in the Breeders’ Cup Turf and King George VI and Queen Elizabeth Stakes. However, her crowing moments would both come in France, as she landed victory in the Prix de l’Arc de Triomphe in back-to-back years in 2017 and 2018.

The second of those victories also ensured that she became the first horse to ever win the Breeders’ Cup Turf and Arc in the same year. However, she would ultimately come up short in her goal of a historic third, as she finished second to Waldgeist.

Dettori has already spoken about his initial plans in his final season, as he will head over to the United States in late 2022 and early 2023, as he will be based in Santa Anita. The legendary jockey will likely be involved in the action on Boxing Day at Santa Anita, which features a plethora of graded races. The Pegasus World Cup will also be on the agenda in January, and it will be fascinating to see whether he will get a ride for the Kentucky Derby.

However, all his attention will already be on the Classics in the United Kingdom, and he could have a good chance of landing a third Epsom Derby with Slipofthepen. The two-year-old was bred by the late Queen Elizabeth, and is now owned by The King. Slipofthepen was a winner on debut at Kempton over a mile, and he looks like a potential exciting Derby contender for the Gosden team.

Quantum Cat could be another potential Derby contender for Dettori. The two-year-old won impressively on debut at Wolverhampton in October, holding on to win by a head over a mile and ½ furlong. In terms of an Epsom Oaks contender, Dettori could also be in the frame for a ride on Coppice. She was a nice winner on debut at Kempton Park in October, as she landed a victory over seven furlongs.

There is no greater stage for Dettori than Royal Ascot, and his final appearances at the summer meet will be among the most touching. Dettori will be at the forefront of the attention throughout the week, as he bids for more victories in the most prestigious races.

The Ascot Gold Cup has been a happy hunting ground for the Italian throughout his career, and he could have a solid chance of landing a ninth win in the race. However, the atmosphere at the Royal meet this year will be one of celebration for Dettori’s career on the whole, and it’s likely that organisers will have special up their sleeve for the greatest showman that racing has ever known.